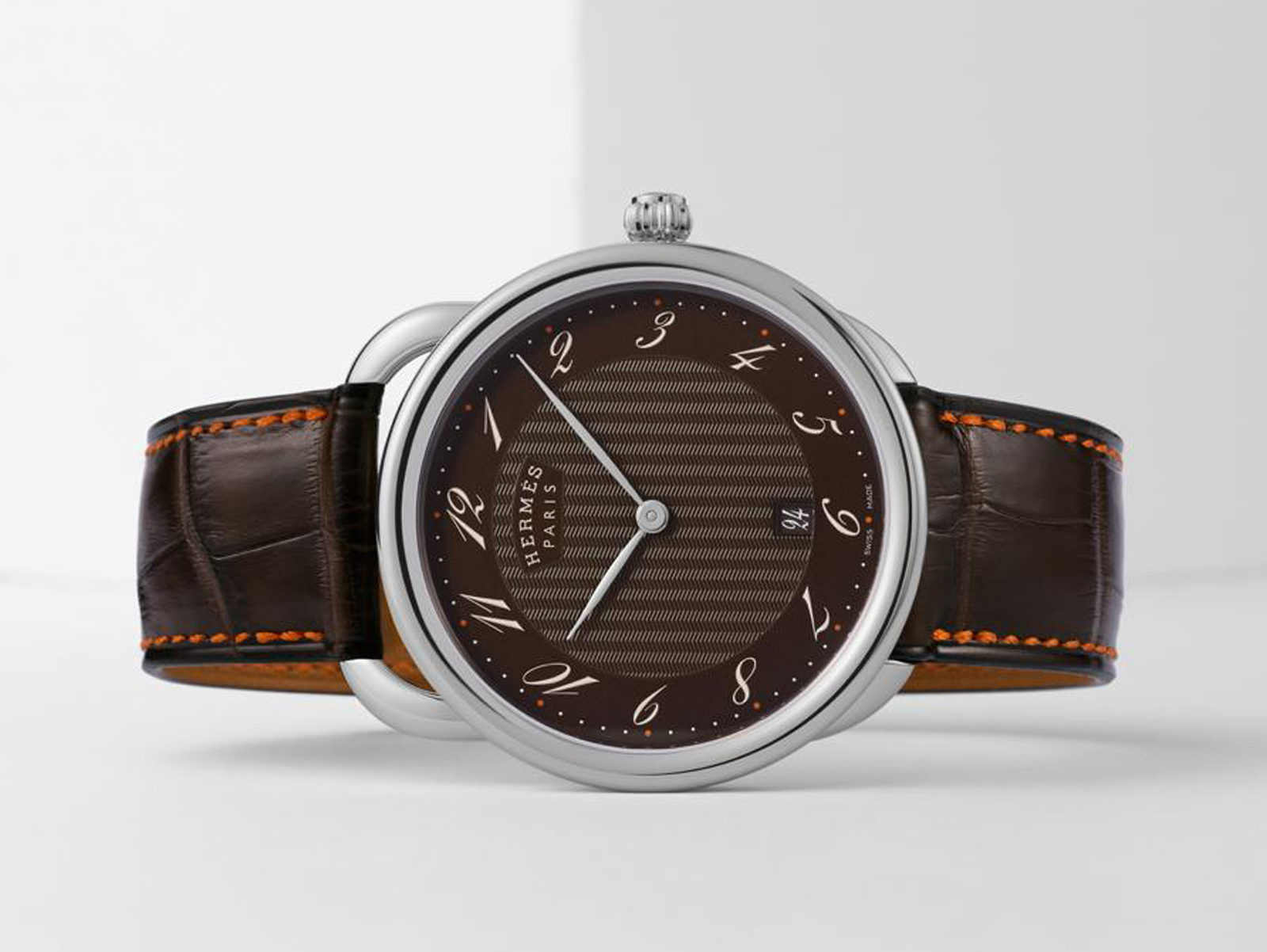 Since its founding three years ago, Qatar Watch Club (QWC) has collaborated with several watchmakers on special editions that paid tribute to its home country. The first was a Chopard L.U.C GMT with a burgundy dial – the primary colour of Qatar’s national flag – then a Tudor Pelagos featuring the country name in Arabic script, and most recently a Ulysse Nardin Freak X.

It latest project is a tie-up with Hermès that resulted in special edition of the Arceau. Limited to 40 pieces, the Hermès Arceau Qatar Watch Club features an ebene, or “ebony”, dial that reflects the shared equestrian history of both the Parisian saddle maker and the Gulf state. 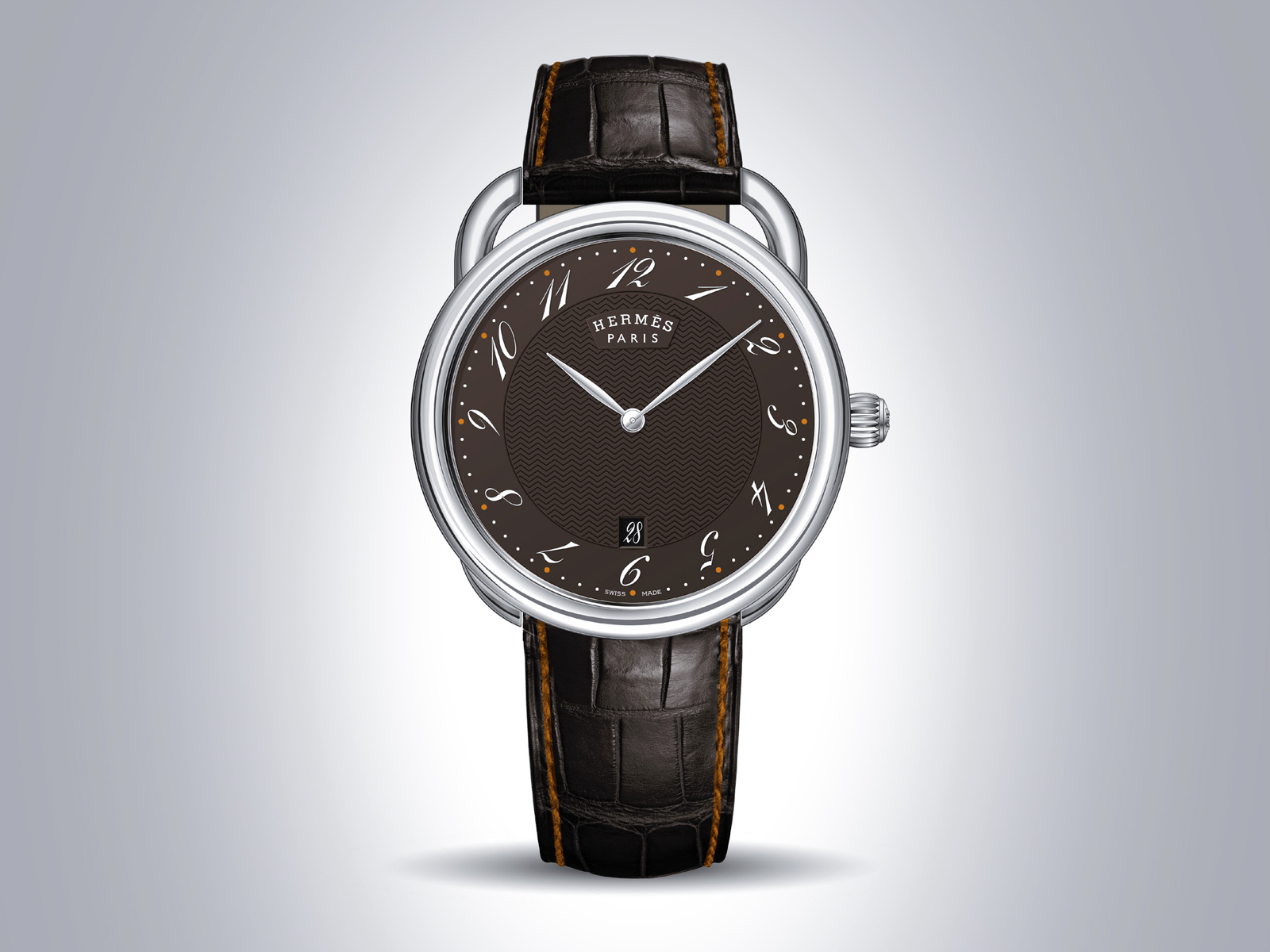 The watch is very much Hermès in nature and execution. Though distinctive, it is discreet. One of Hermès’ most distinctive models, the Arceau was first conceived in 1978, with its asymmetrical case inspired by a stirrup. The italicised Breguet numerals are stylish, giving the watch subtle flair. Equally subtle is the herringbone-textured dial that brings to mind Hermès fabric. 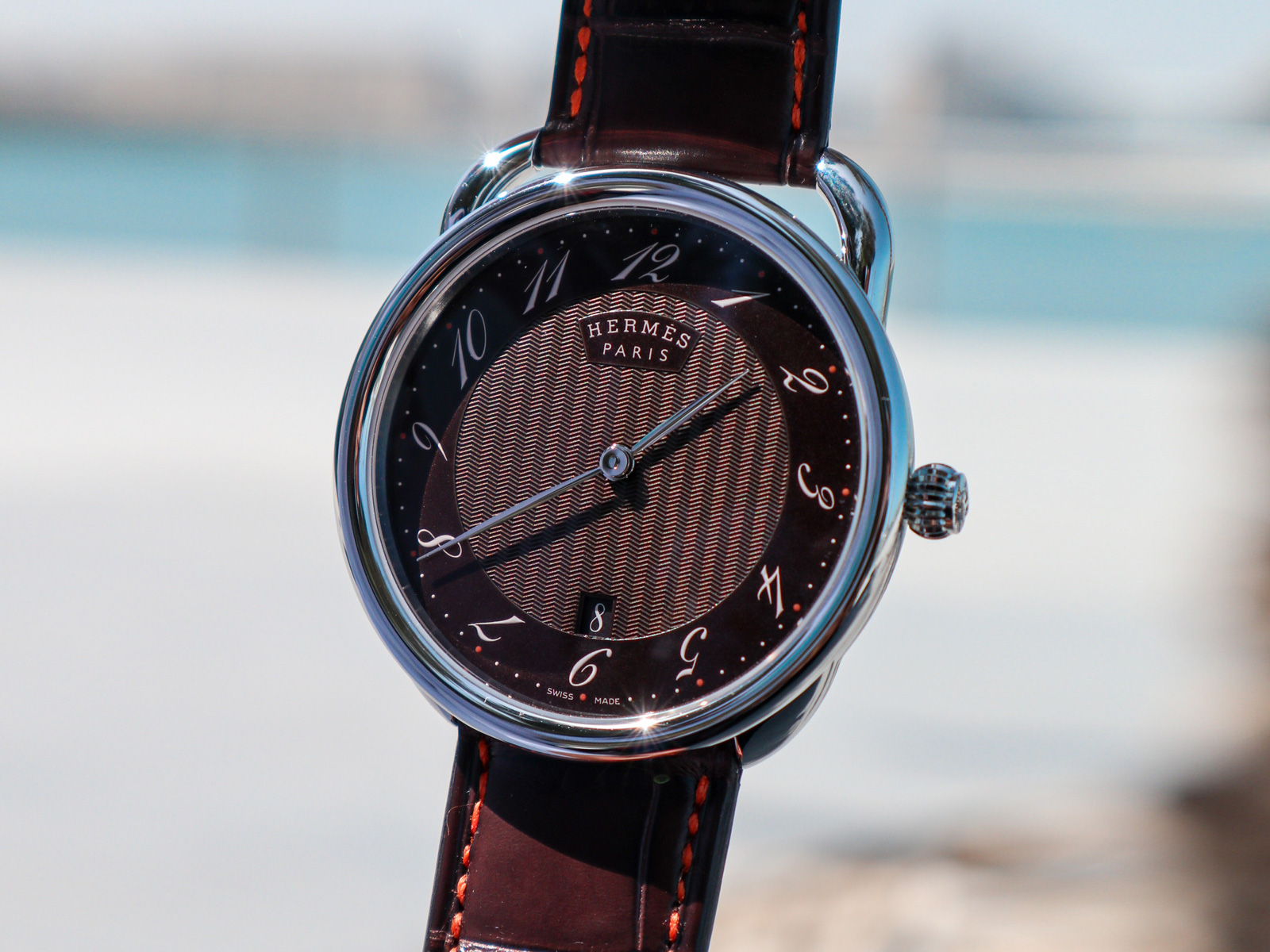 The ebene dial colour is noteworthy. Rich in tone when executed right, brown is relatively uncommon in today’s watches, especially when green and blue seem to be the colours du jour. Long a colour associated with horse riding – Hermès saddles and riding boots can often be found in ebene – it is also a popular shade for the brand’s iconic Birkin bags.

Coupled with orange accents – the five-minute markers and the stitching of the strap are rendered in orange – the emblematic colour of Hermès, the Arceau QWC is very much a simple, yet refined, blend of both the French luxury goods house and the Gulf state.

Priced at 21,600 QAR, or about US$5,900, the QWC edition of the Hermès Arceau costs about 10% more than the standard model, which is a fair premium for a limited edition series in a never-before-seen colourway.

Beyond the dial colour, the Arceau QWC also does away with “Automatic” that’s found on the dial of the standard model. Presumably, the creators of the watch felt the wording was superfluous, and I’m inclined to agree. 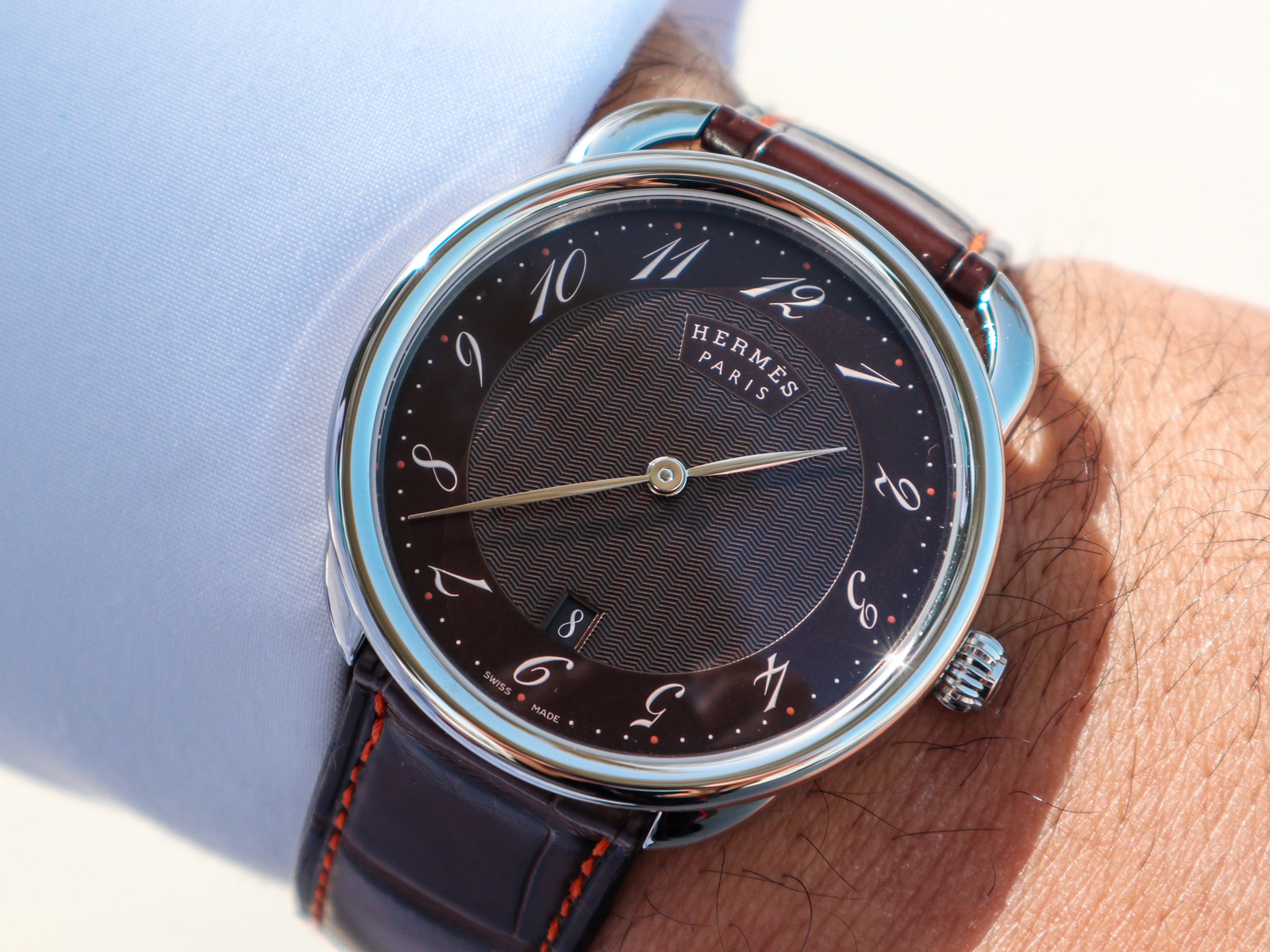 The watch is identical in size to the Arceau TGM (très grand modèle, or “very large model”), and thus possesses a more contemporary 40 mm case that is nonetheless remains slender to be elegant. 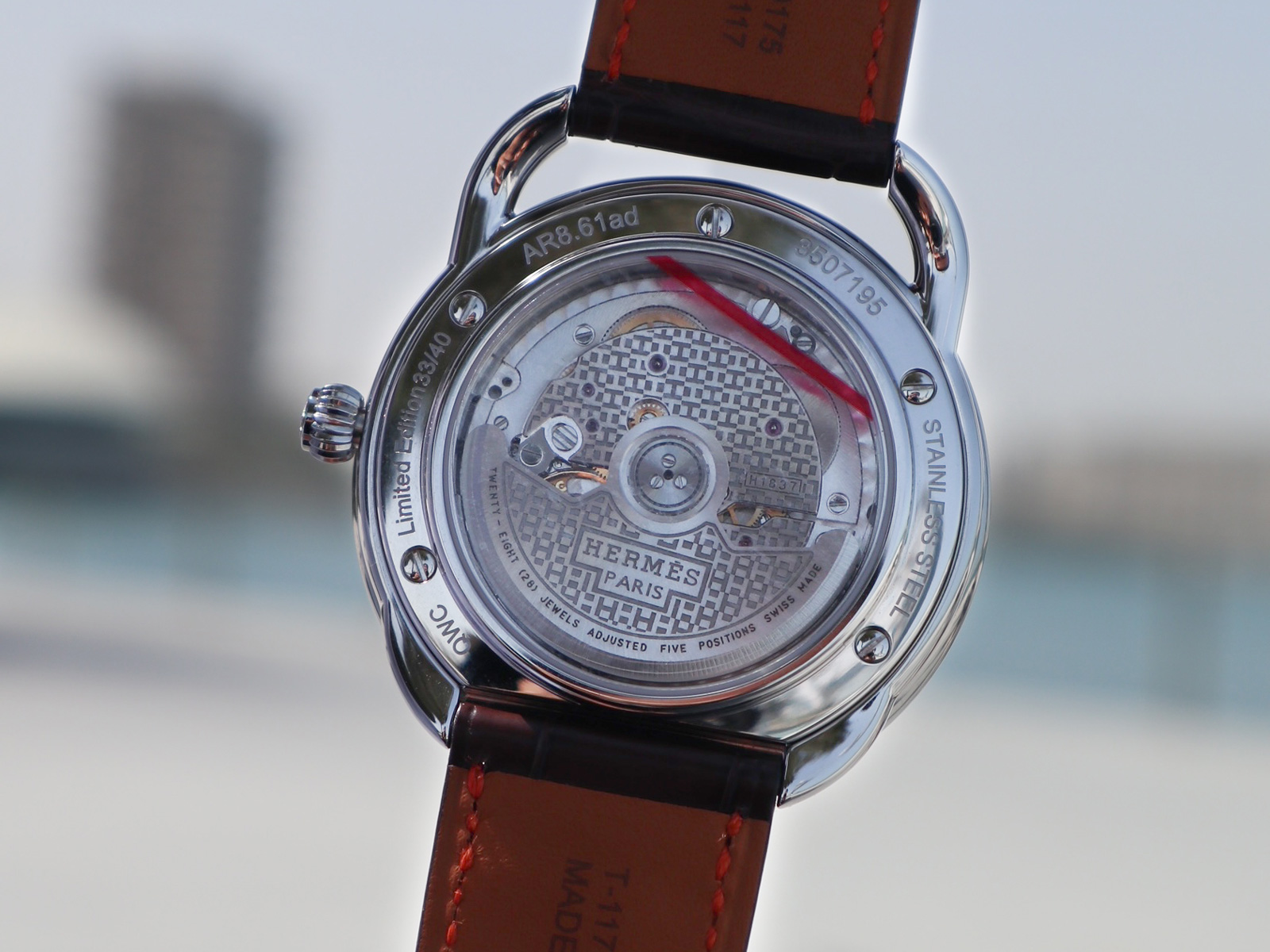 It’s powered by the H1837, a calibre produced by movement specialist Vaucher – which is partially owned by Hermès – that has a handy 50 hours of power reserve. Like most of Hermes’ proprietary movements, the H1837 is decorated with an embossed, alternating “H” motif on its bridges and rotor. 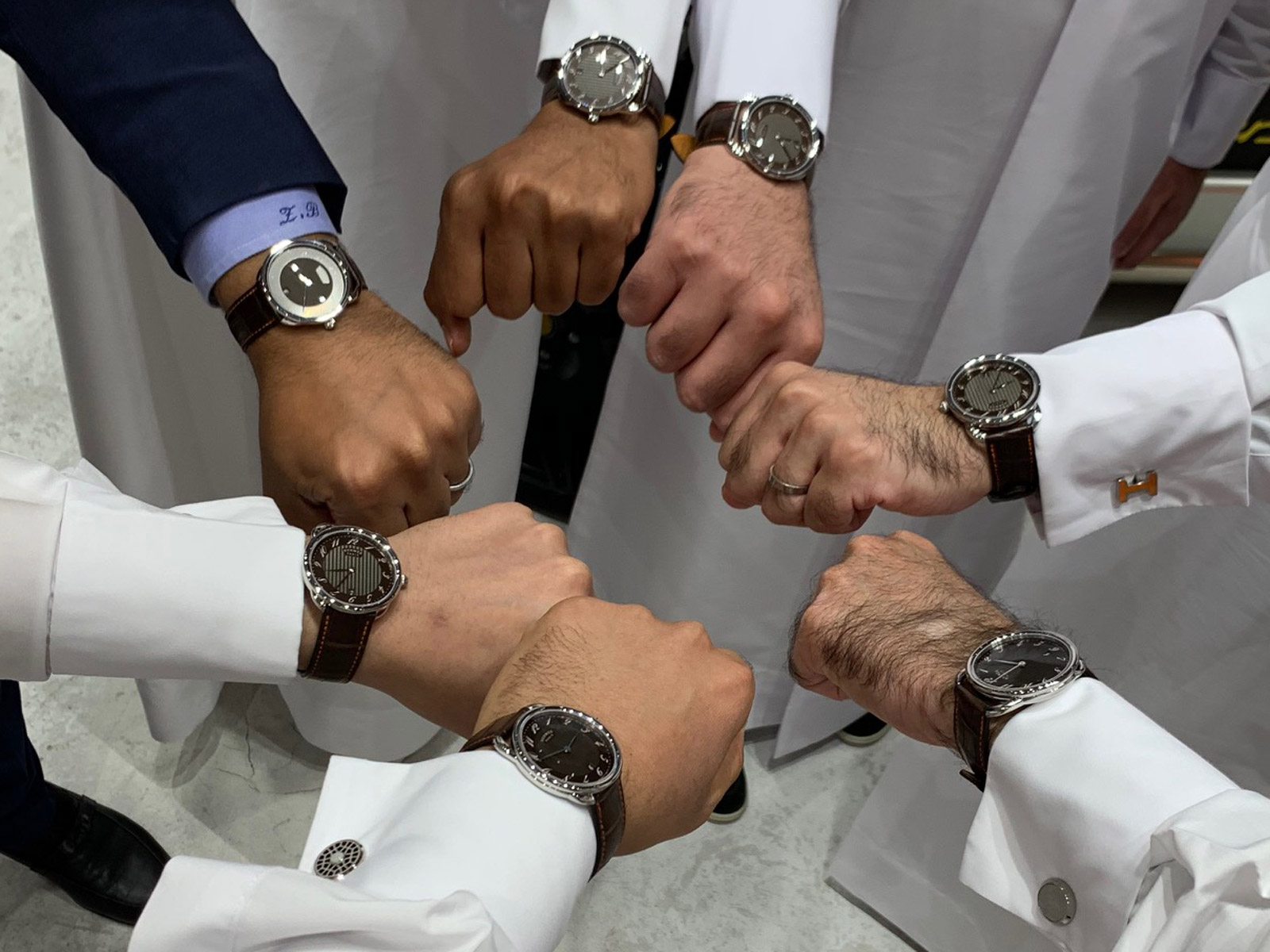