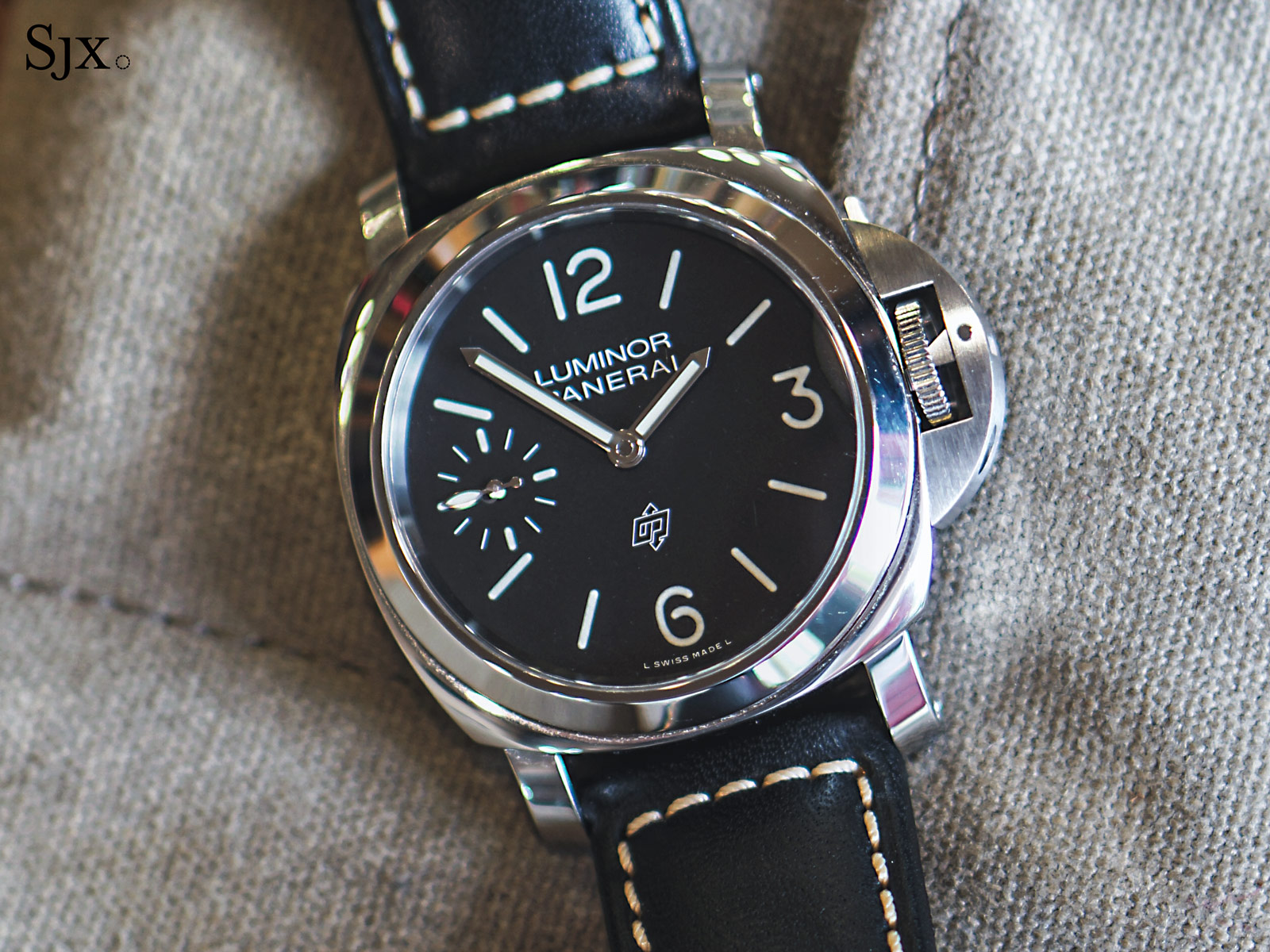 I admit that I wasn’t much of a Panerai fan. Nothing against the brand – it’s just that large, military-inspired watches aren’t my cup of tea.

However, I’ve always been intrigued by the loyalty and enthusiasm that the brand engenders in Paneristi, its most loyal aficionados. In a nod to that following, Panerai launched a limited edition for the 20th anniversary of the Paneristi forum last year – the sixth watch created for the community. Few brands have their own watch forum, much less one that has lasted two decades. Clearly, there’s a lot of love for Panerai watches, and I’ve always wondered what lay behind that.

When Panerai offered me the chance to test-drive the Luminor Logo 44 mm PAM01084, the latest version of its entry-level model, it was the perfect opportunity to venture outside my comfort zone and see what Panerai is all about. 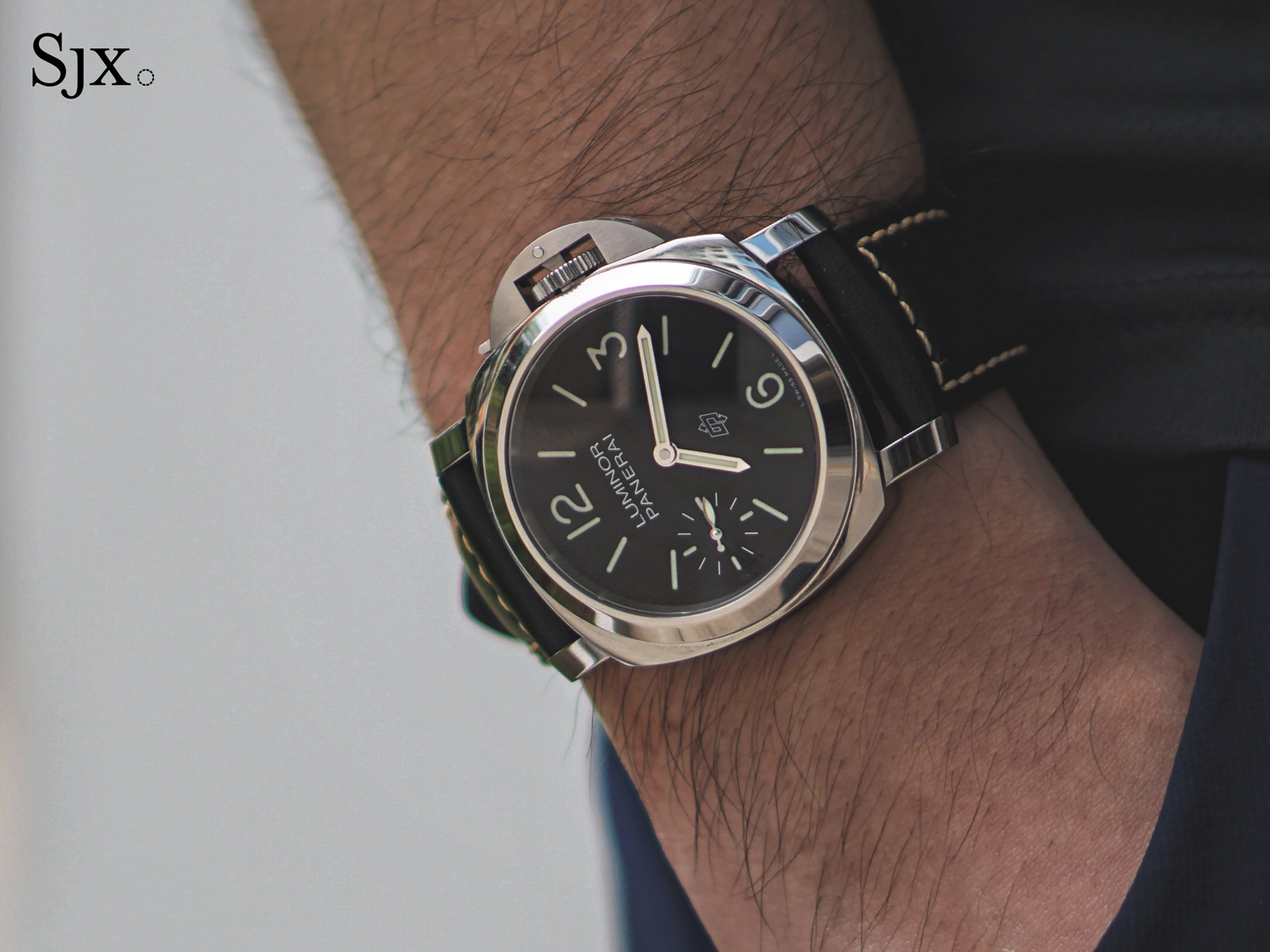 Let’s start with the positives. One is a utilitarian and eminently legible dial that is quintessentially Panerai – I never had an issue telling the time. Another is the classic Panerai case with its signature, oversized crown-lock bridge. And at 44 mm, it has significant wrist presence, but doesn’t feel overly large due to its short, sloping lugs. There is substantial heft to the watch, but it comes across as reassuring rather than bulky.

And despite being one of the most affordable references in Panerai’s current lineup, the PAM 1084 retains much of the DNA that defines Panerai – it is instantly recognisable as a Panerai, even from across the room. 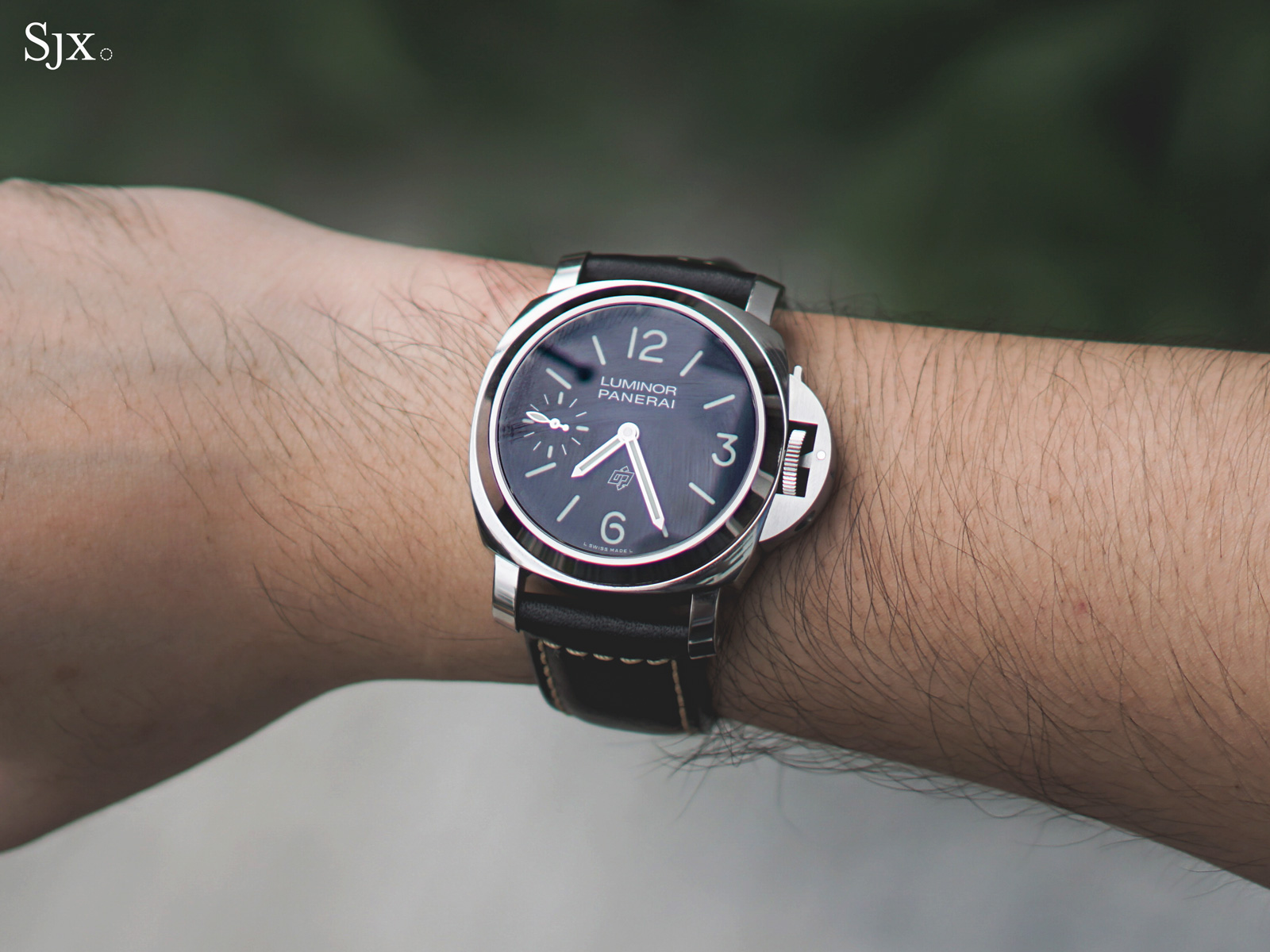 However, several details give away the fact that it’s an entry-level model (the “Logo” watches were originally conceived as just that).

For one, the PAM 1084 does not have a “sandwich” dial, instead the luminous markings are printed on the dial. More significantly, the solid case back is a press-fit, rather than screw-down back. Lastly, the water resistance of 100 m is middling at best, undermining the military dive watch history somewhat. 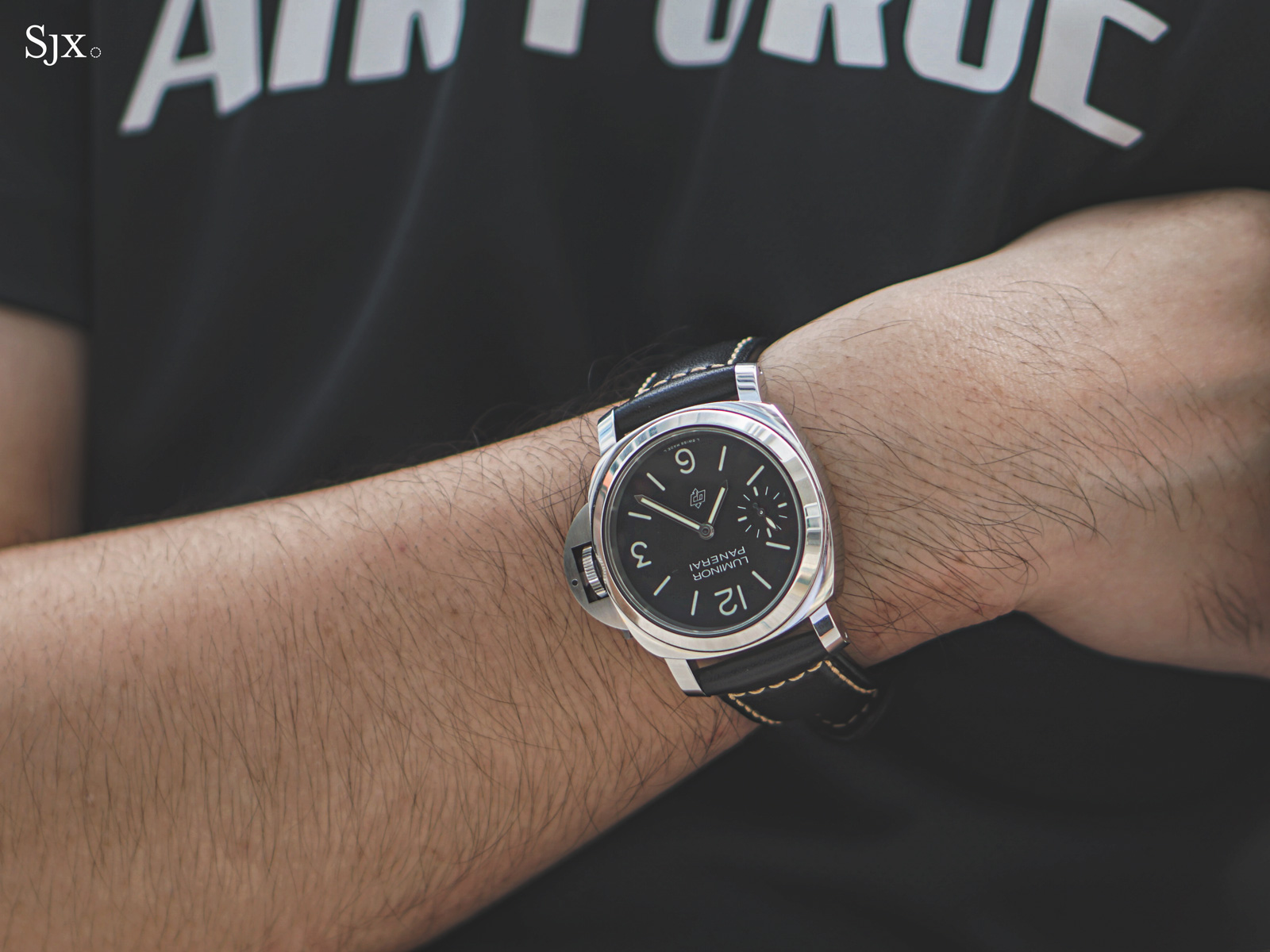 When Panerai started making watches once again in 1993, after a hiatus when it solely produced dive and timing instruments, one of its first models was the Luminor 5218-201/A that was inspired by vintage military-issue watches Panerai once made for the Italian navy.

Known as a “pre-Vendome” model because it was produced before the brand was acquired by Richemont (then known as Vendome Luxury Group), the Luminor 5218-201/A along with a handful of other “pre-V” models became highly desirable timepieces by the early 2000s. Part of the catalysts for that decade’s Panerai mania was the film and sports celebrities who wore one, with one of the pioneer owners of a Panerai being Sylvester Stallone, who sports a Luminor 5218-201/A in the 1996 film Daylight. 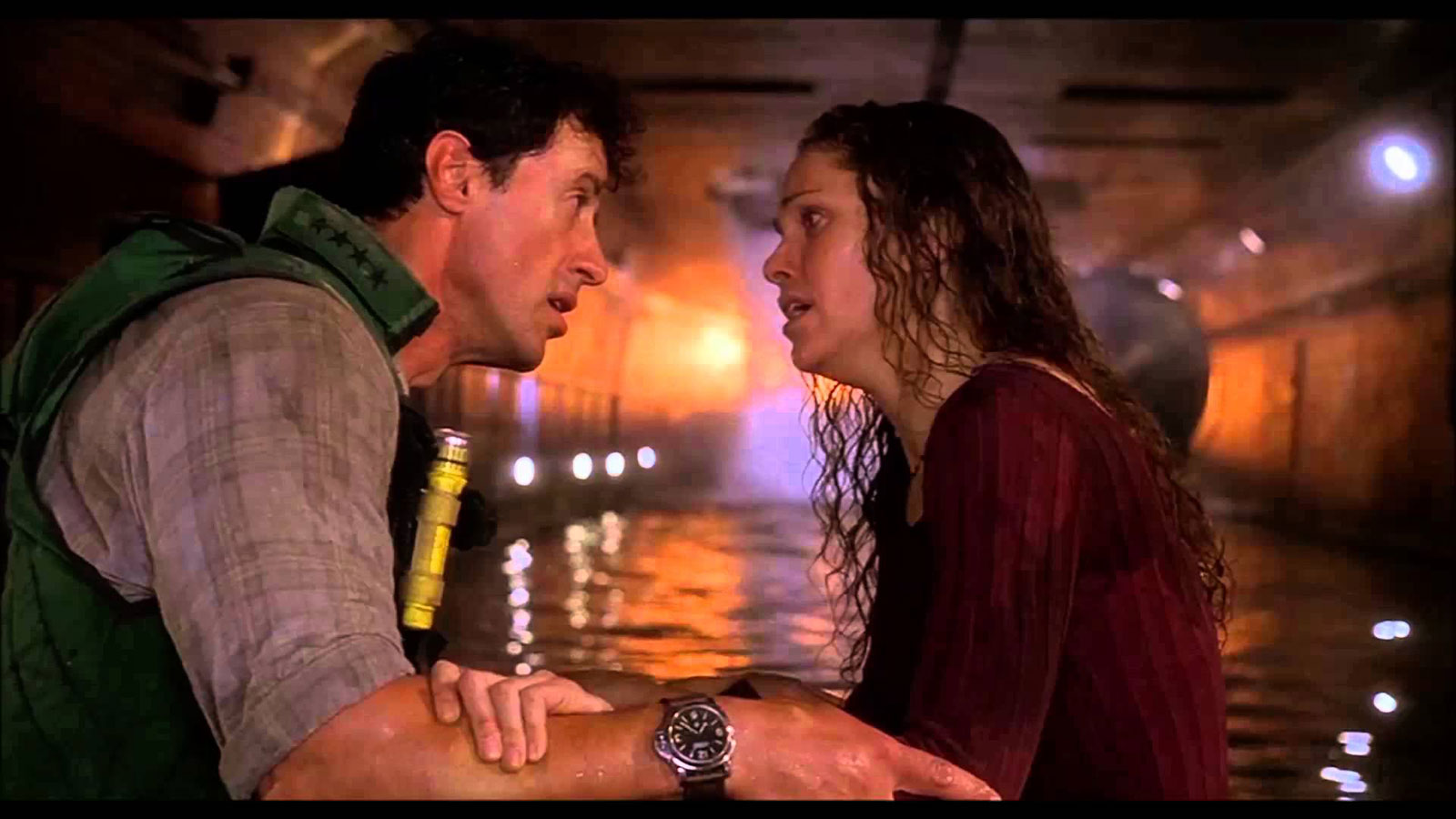 Mr Stallone with the Panerai on his right wrist in Daylight

The PAM 1084 shares many similarities with the Luminor 5218-201/A, a look that defined Panerai for most of its last three decades. 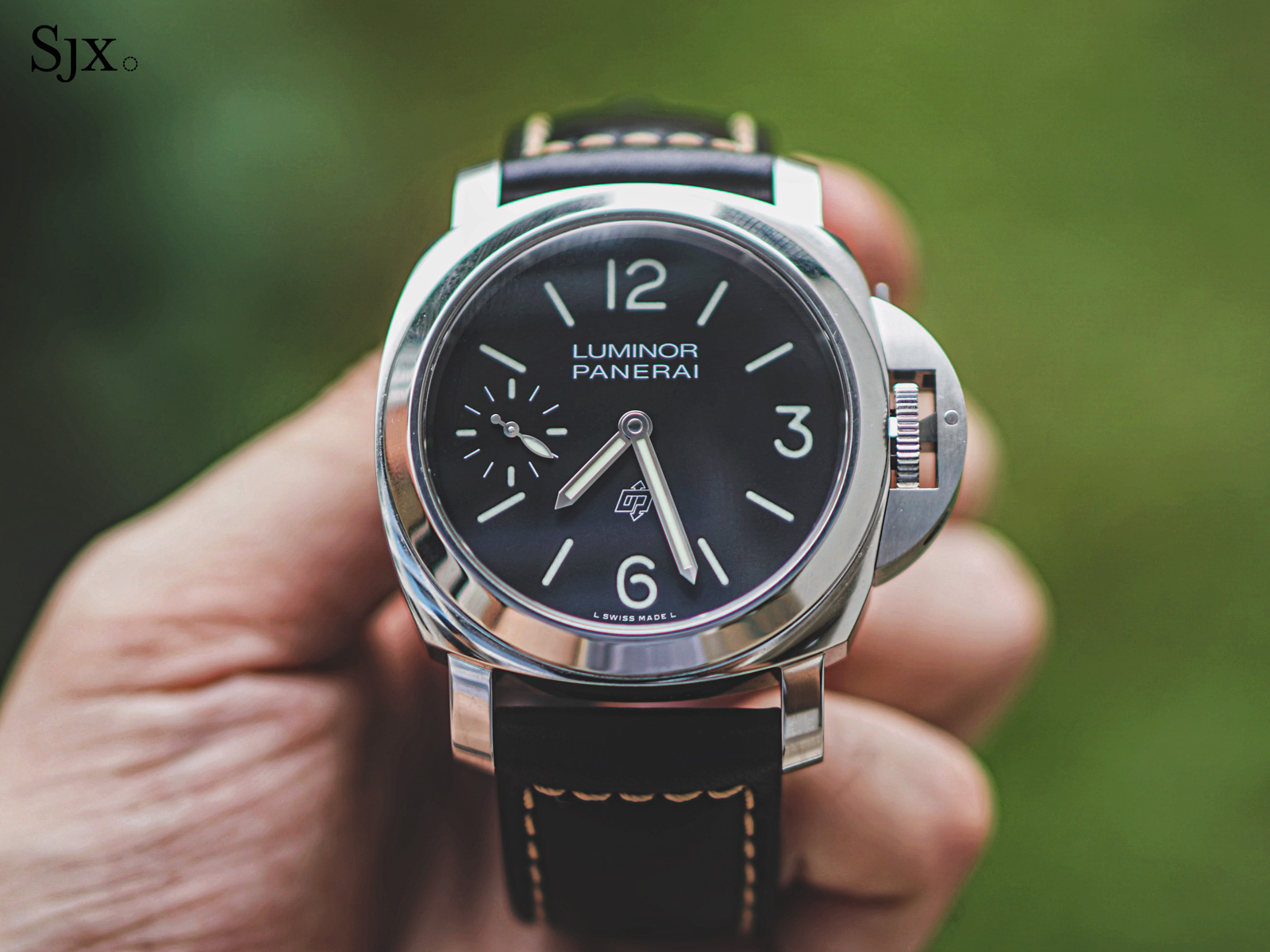 The PAM1084 case is polished throughout, while the crown-lock bridge is satin-brushed. That case finishing is historically accurate; the 44 mm Luminor case has been finished in this way since the “pre-V” watches.

It is, however, simple. A more varied finish like that found on the larger Luminor models would be a welcome improvement since 1993. And the polished case can be a fingerprint and scratch magnet, which undermines its billing as a military tool watch somewhat.

Nevertheless, despite its simplicity the Panerai case is excellent quality. It is large, rigid, and robust, while also having flat, well-defined surfaces and edges, which are uncommon for stamped cases with simple forms. It’s not quite the level of Grand Seiko, but still acceptable given its price point. Admittedly, for what this costs, the case should be well done, and it is. 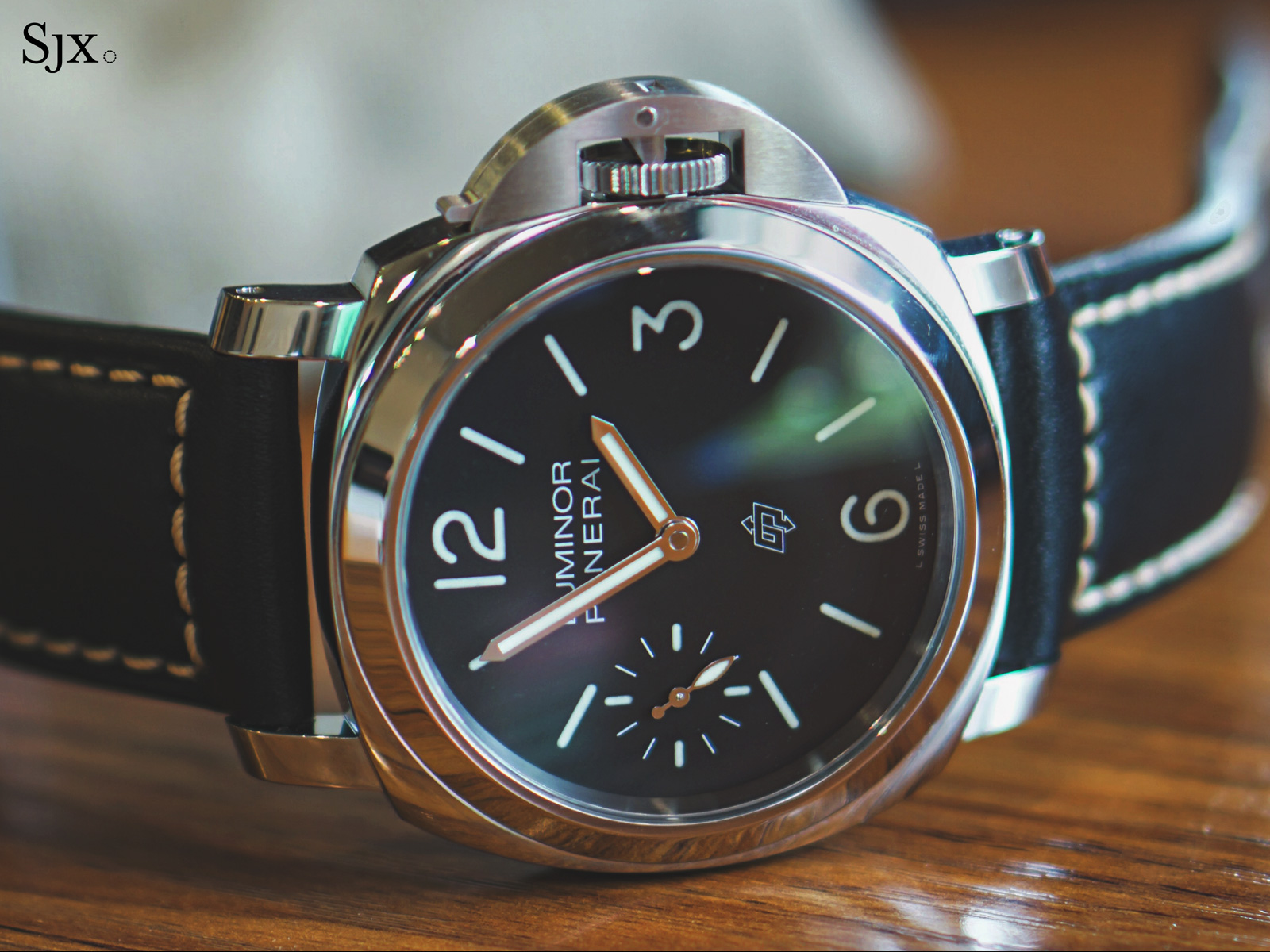 Inside is the manual-wind P.6000. Introduced in 2018, this fuss-free, in-house movement is found in many entry-level Panerai watches, replacing the ETA Unitas movements that powered previous iterations of the Luminor 44 mm.

The P.6000 boasts three days of power reserve, a marked improvement from the 56-hour power reserve of preceding generations. Unfortunately, the movement is hidden under the solid back. Earlier generations of the Luminor “Logo” that were equipped with a Unitas movement had exhibition case backs, so it’s a shame that the in-house calibre isn’t visible in this latest iteration, even if the movement isn’t dressed up. 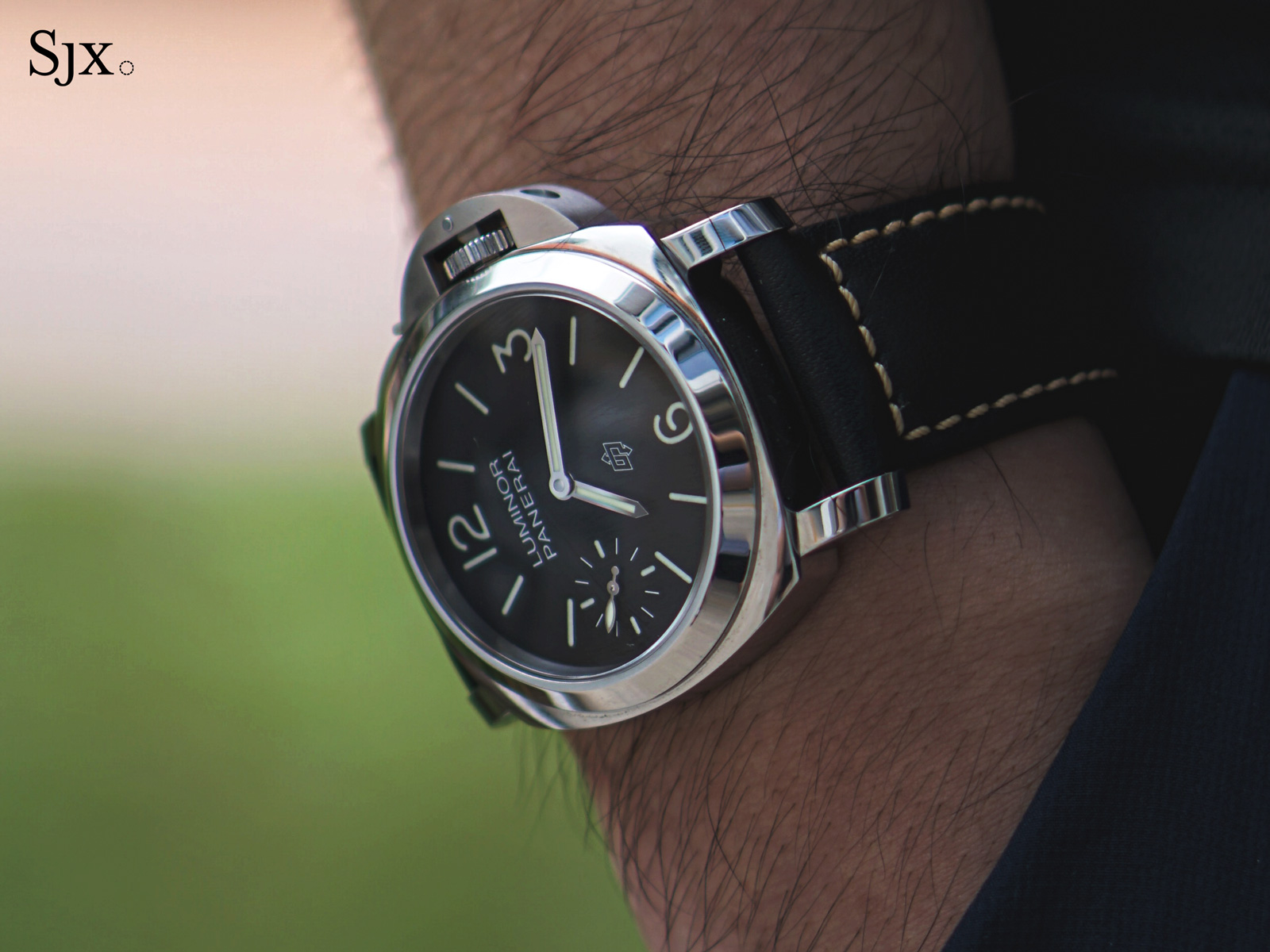 The PAM 1084 is an affordable way to enjoy the distinctive Panerai style, managing to capture the essence of the brand at a relatively affordable price. It makes an iconic design accessible.

Compared to other popular entry-level military watches, the PAM 1084 is slightly higher priced, but justifiably so. Legible, robust alternatives such as the IWC Mark XVIII and Breitling Avenger Automatic can be had about US$4,000 mark – or about a quarter less than the PAM 1084 – but they are powered by modified ETA (or equivalent Sellita) movements. At the same time, their designs are more generic, and less of the icon that the Luminor is. 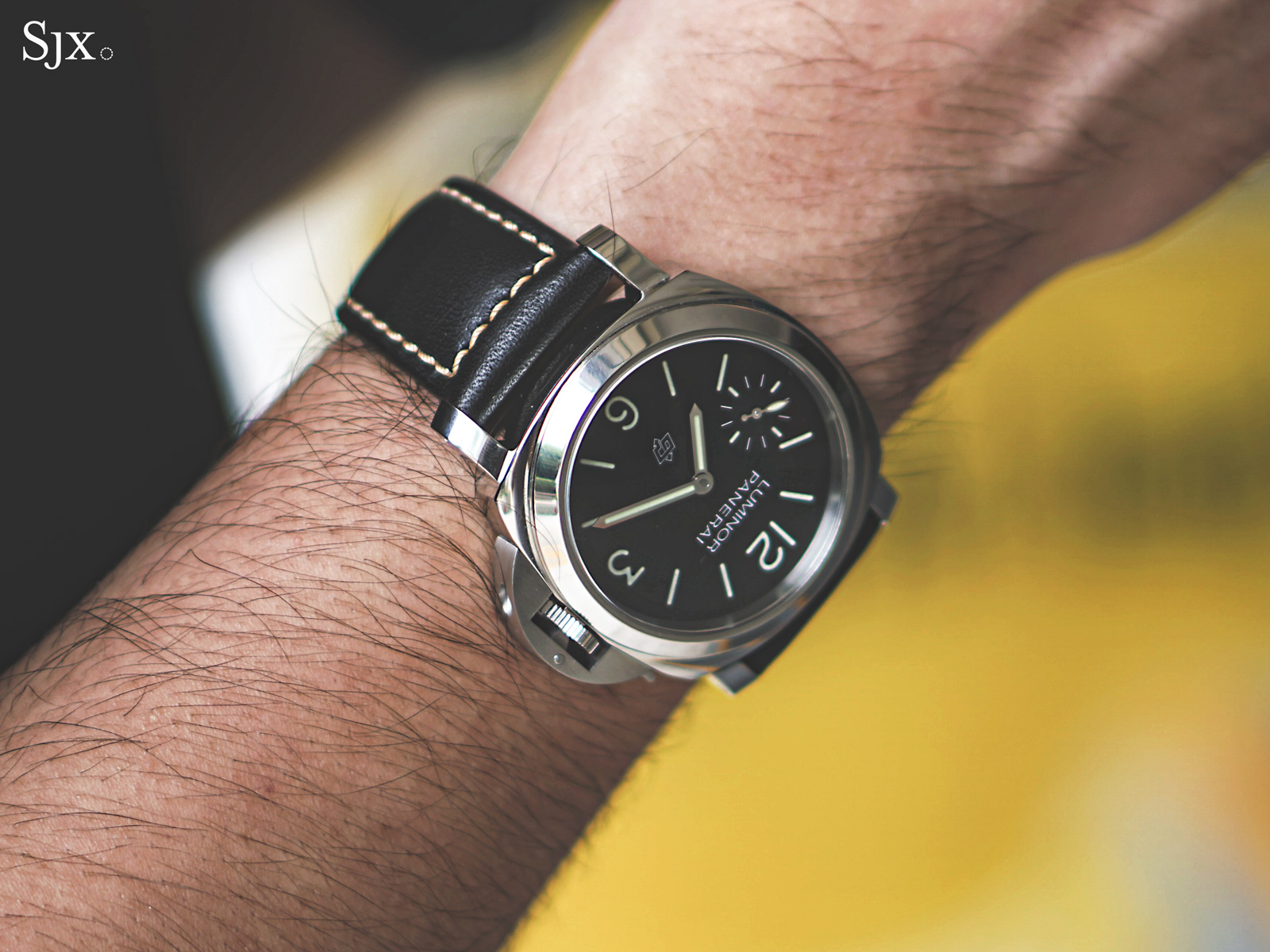 When I first tried on the PAM1084, my opinion about it was lukewarm. However, it grew on me – to my surprise – and looked better on my wrist than I had initially expected. By the end of the loan, I was reluctant to return it, and missed it afterward.

There’s something about the watch that endows it with unmistakable masculinity. It got me seriously thinking about adding a Panerai to my collection, something which I would never have considered before. Perhaps one day I too will be part of the Paneristi – I definitely came away with a newfound appreciation for the brand.

Availability: At boutiques and authorised retailers
Price: US$5,500; or 8,000 Singapore dollars

With a brushed silver dial.