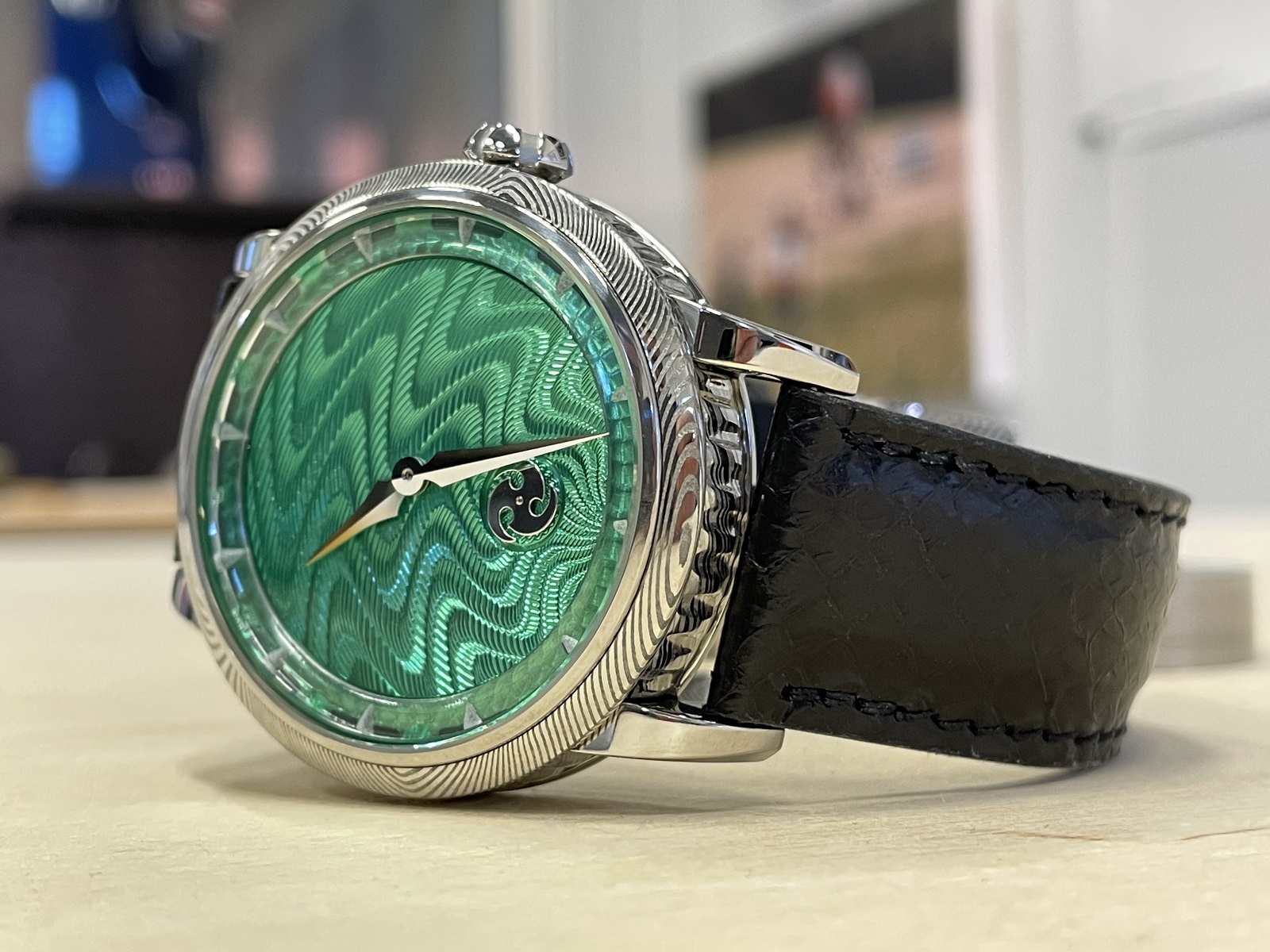 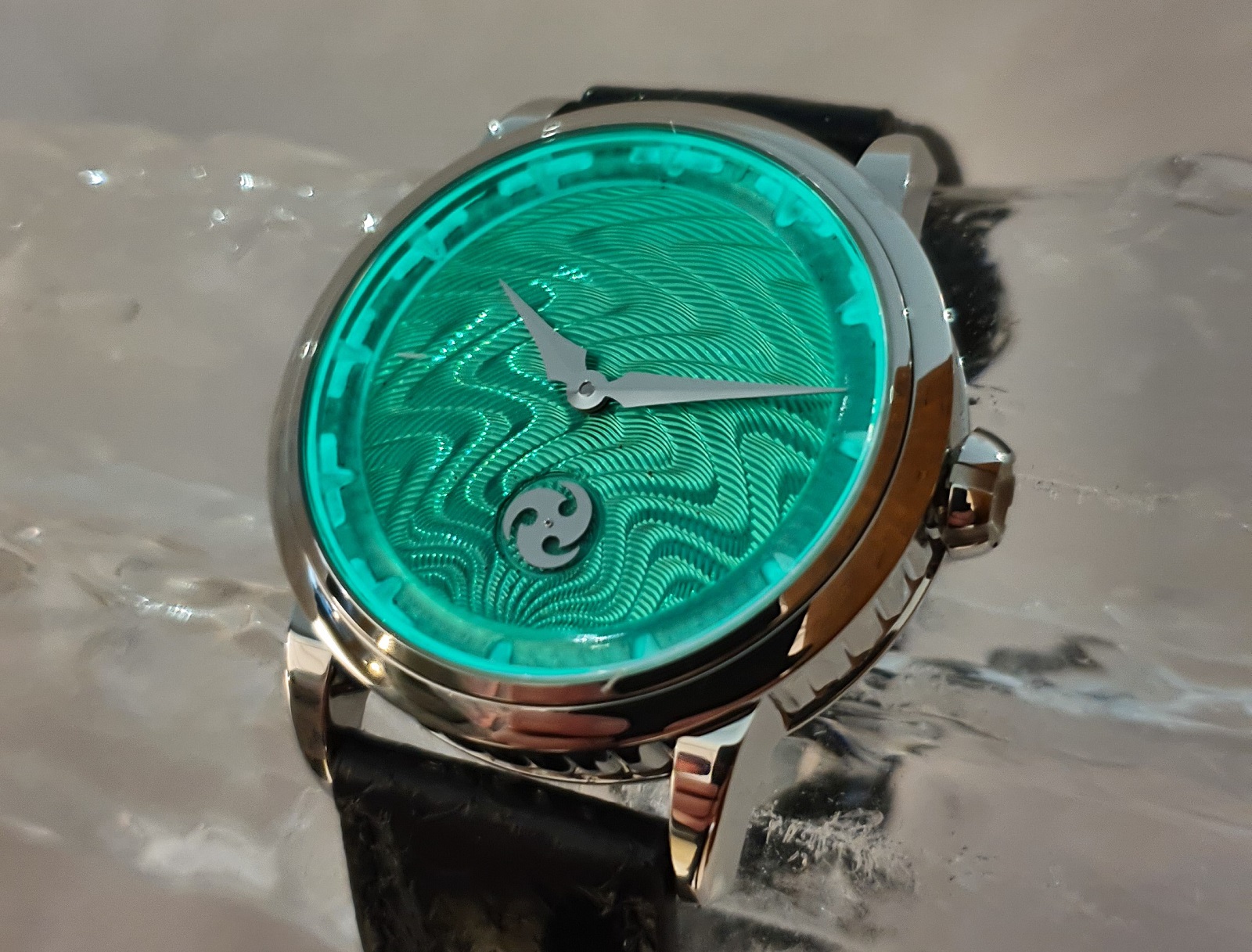 The Norrsken is a departure from mainstream watchmaking, but even stands out against the increasingly crowded independent watchmaking scene. It is made up of familiar elements, like the guilloche dial and Black Badger “lume”, but of high quality and combined in an interesting, novel manner.

Produced by a well-known guilloche specialist, the dial is artisanal but excellent. Similarly, the case also looks to be just as well-executed, with the bezel available in either polished or Damascus steel; though the latter makes the most sense given GoS’ speciality. And the movement comes from Schwarz Etienne (a brand that has enjoyed greater success with its movements in watches other than its own), but equipped with a micro-rotor crafted from Damascus steel. 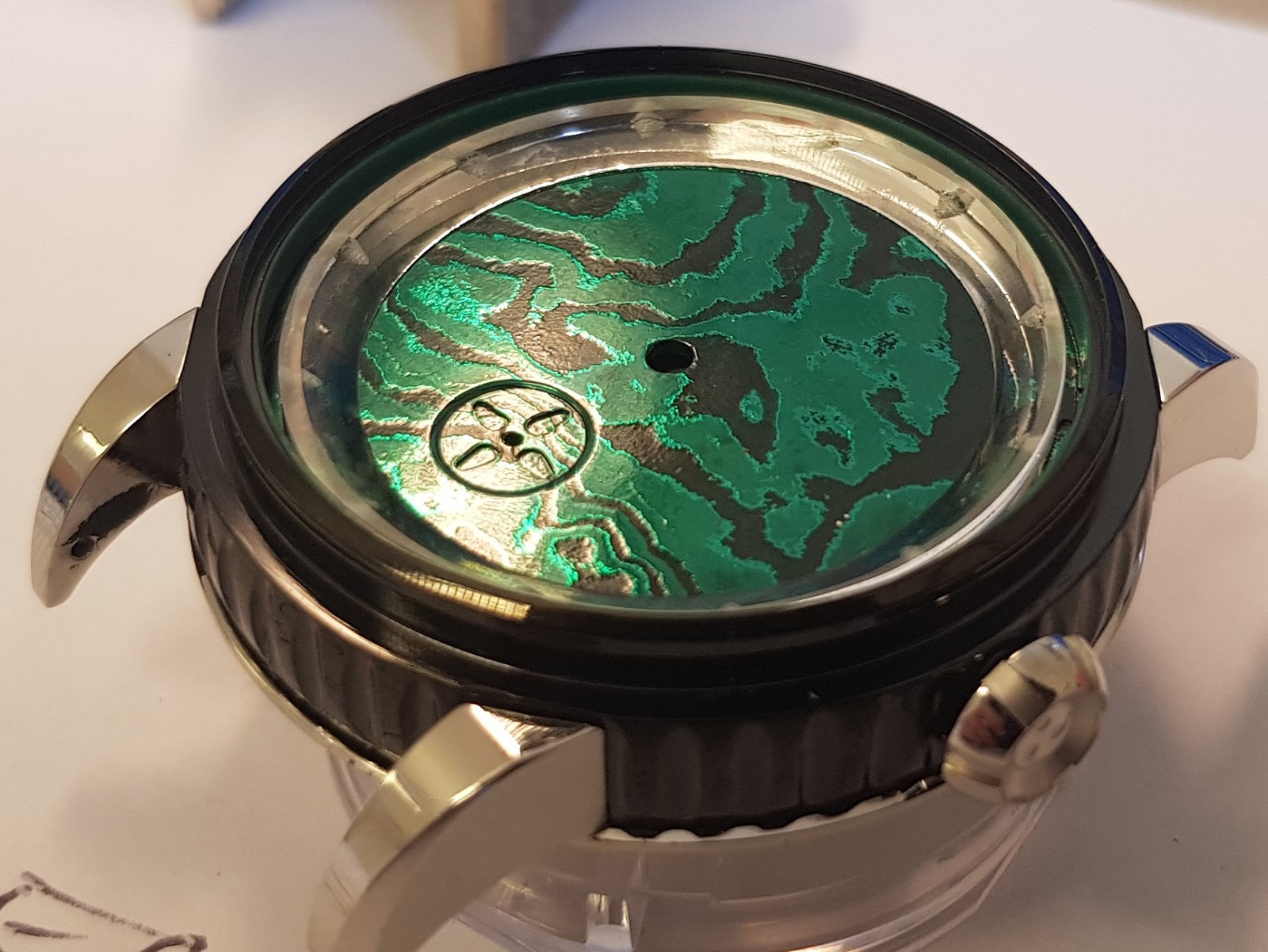 The green Damascus steel dial, seen here in a prototype

And the Norrsken lives up to its name, managing to evoke northern lights, or aurora borealis, in its colours and textures. If there’s a criticism to be made, that would be the size. The case is a bit under 42 mm wide and slightly over 12 mm high. It is not extraordinary large by modern standards, but the chunkiness of the case will probably take away from the refined quality of the dial.

Altogether, the Norrsken is a sharply-executed watch that’s intriguing both inside and out. Though it costs a sizeable US$19,500, it is comparatively good value given the craftsmanship involved in all of its components.

The guilloche dial is engine turned the old-fashioned way – on a rose engine – by Jochen Benzinger, a veteran guilloche specialist. Located in Pforzheim, the traditional home of German jewellery, Mr Benzinger’s work is notably refined, and can be found in watches from the likes of Habring2, Andersen Geneve, and Christiaan van der Klaauw.

The green dial is eminently striking and evocative of the swirling colours in the northern lights. The watch can also be had with a similarly arresting dial made of green Damascus steel, but the guilloche dial is probably the better choice given its quality and impressive detail – amply illustrated by the fluid and seamless convergence of the pattern at six o’clock. 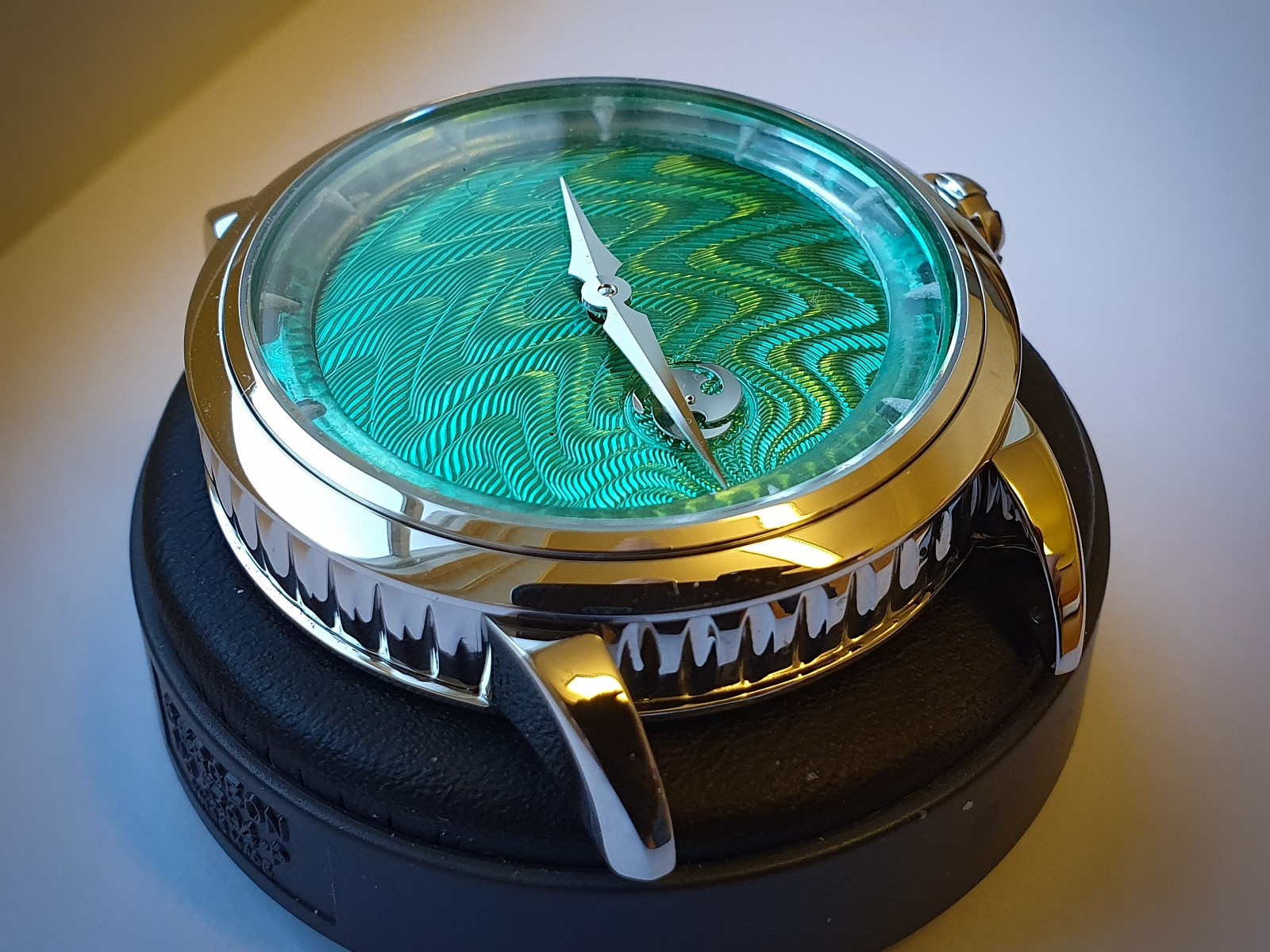 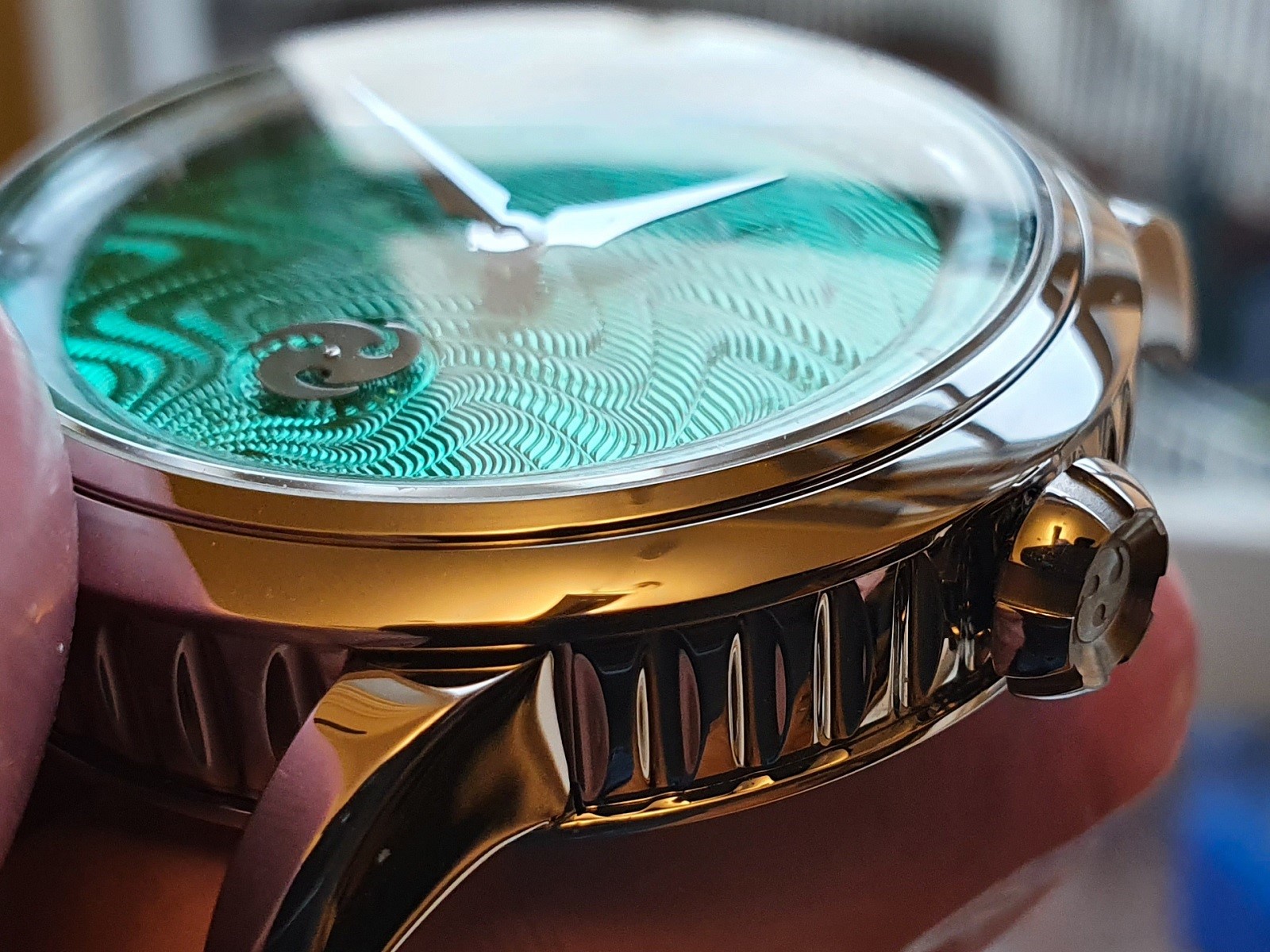 The dial features GoS’ trademark triskele logo as the seconds hand, while the case band is fluted for a more intricate profile

Interestingly, sitting above the dial is a chapter ring made of glass by Mikael Kenlind, a Swedish glass artisan who makes traditional glass objects under the brand Vas Vitreum. The glass ring is held in place by 12 pins – double up as hour markers – that also act as shock absorbers.

The ring also contains the Super-Luminova insert made by James Thompson, whose firm Black Badger is a specialist in glow-in-the-dark materials. An artisan who works closely with the makers of Super-Luminova, RC Tritec, Mr Thompson created an insert of Badgerite, a proprietary Super-Luminva infused resin, that sits behind the glass chapter ring. The result is “floating lume” which illuminates the entire dial in the dark. 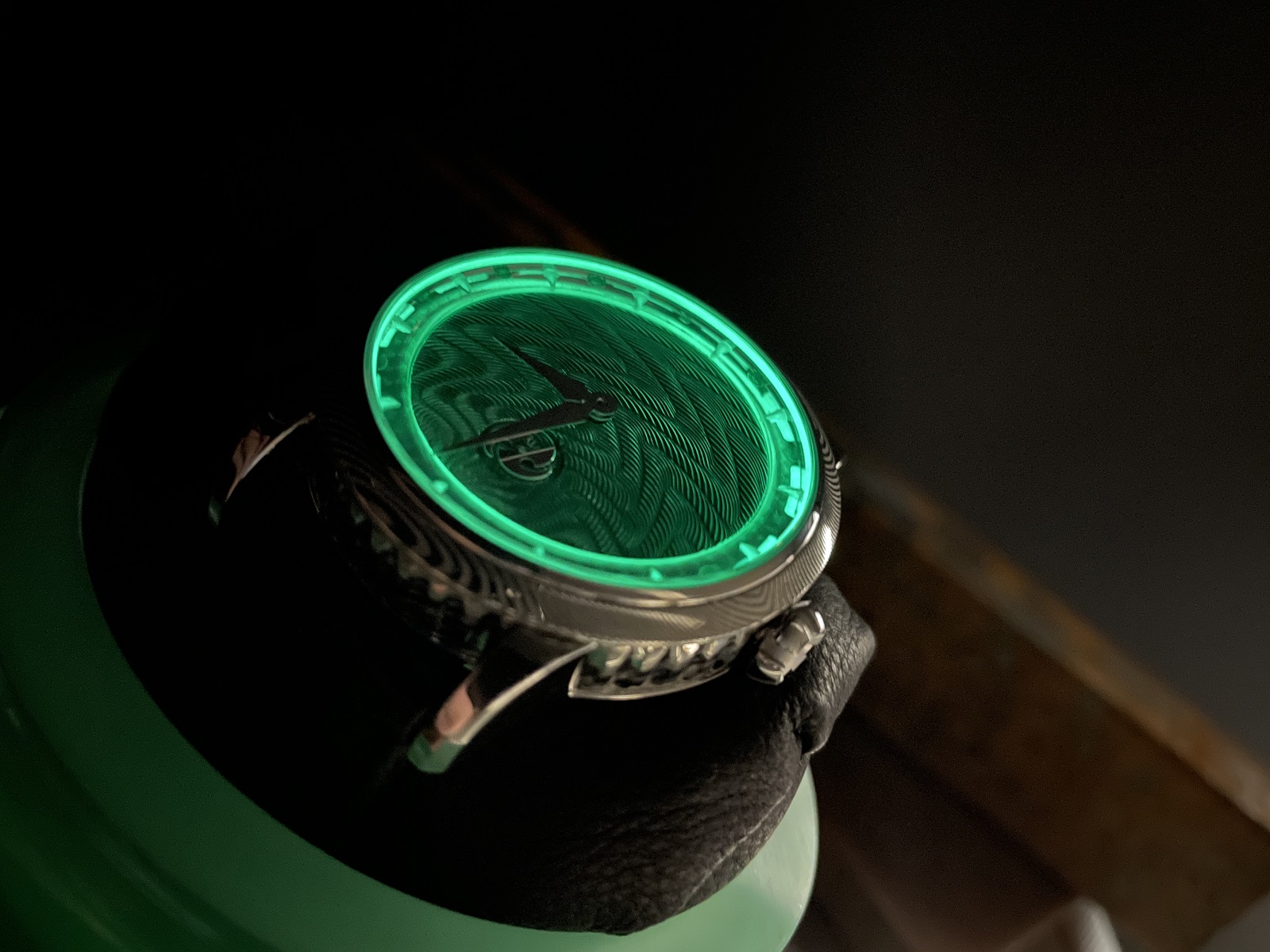 The Norrsken is powered by the GoS003, essentially a modified Schwarz Etienne ASE 200.00 that has a handy 86 hours of power reserve. Though GoS does not substantially modify the movement, it is customised with a Damascus steel micro rotor.

The Norrsken case is available in conventional steel, as well as white or black Damascus steel, and precious metal versions are possible upon request. 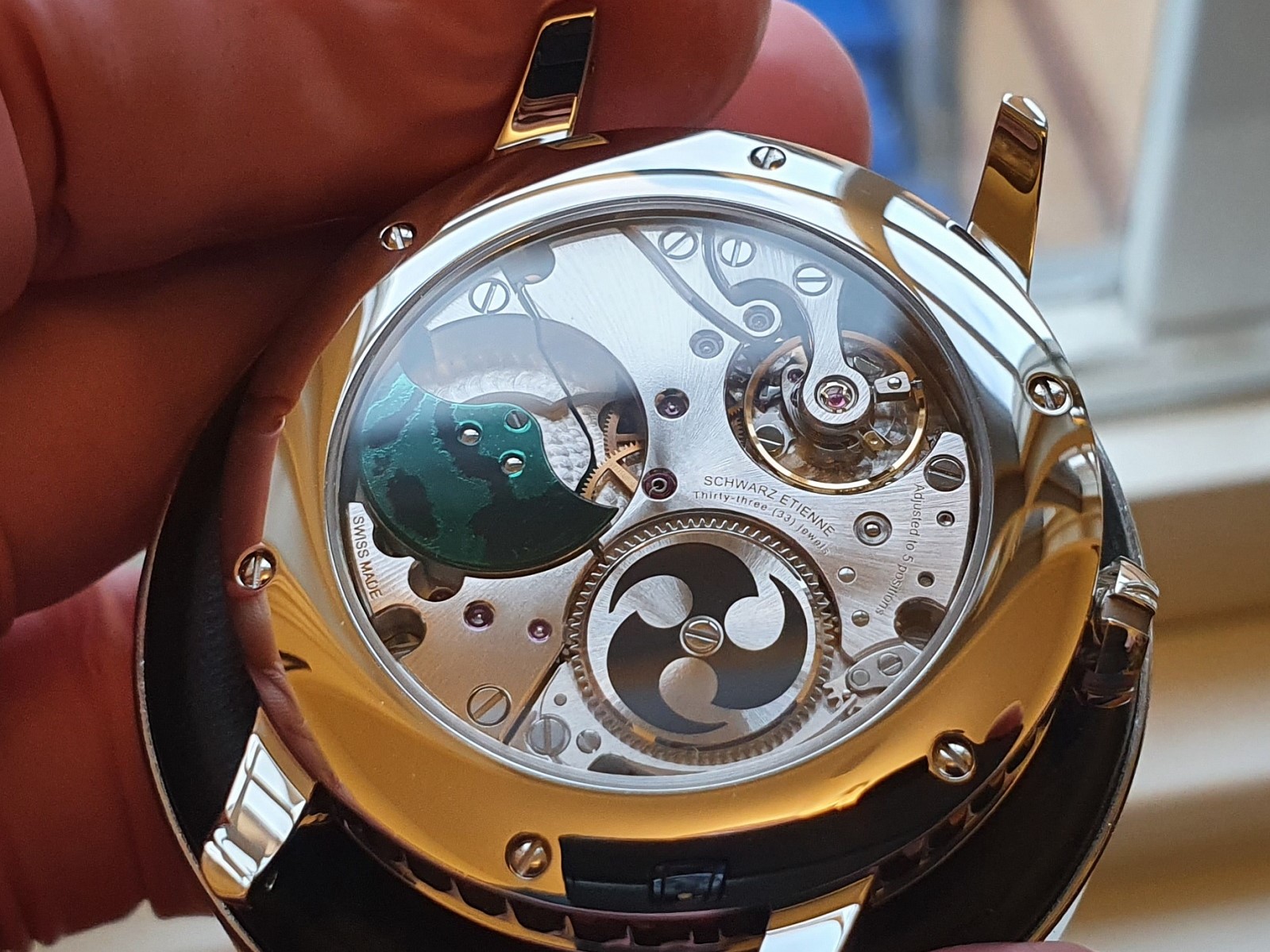 Correction March 20, 2021: Mr Benzinger has not worked with Kudoke, in contrast to what was stated in an earlier version of the article.

MB&F Marks the 10th Anniversary of the Legacy Machine