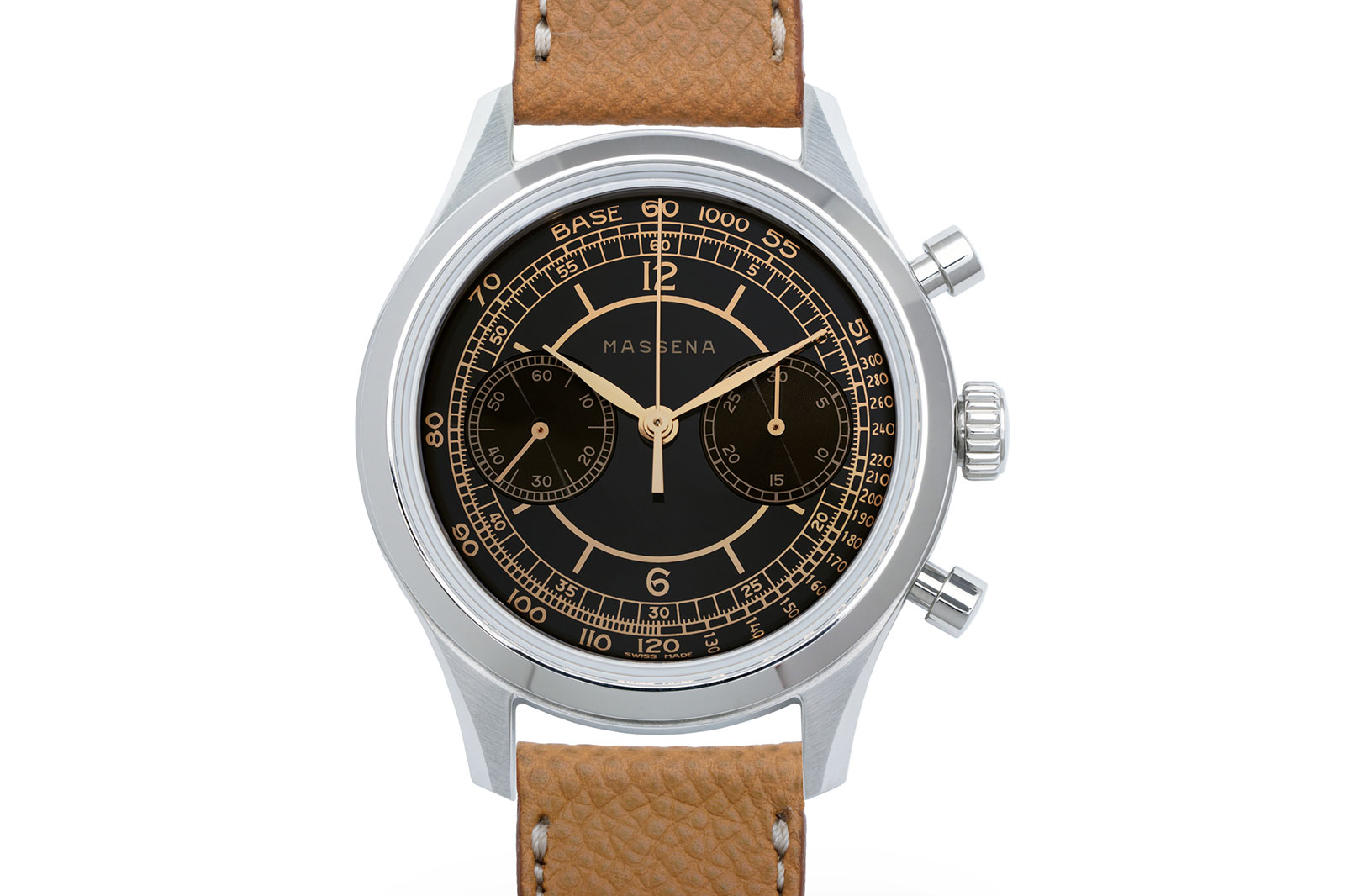 Having gotten its start with collaborations with brands like Habring2, Massena introduced its first wristwatch under its own name last year. Now it’s following up with a hush-hush launch of the Archetype 0.0, a “pre-series prototype” watch that’s neither a limited edition nor regular production.

Like the earlier Uni-Racer, the Archetype 0.0 is a vintage-style chronograph conceived with an eye for details that only an enthusiast would appreciate. But unlike its predecessor, the Archetype 0.0 isn’t modelled on a specific vintage watch, instead it is a blend of elements that give it a mid-20th century air, while also having modern conveniences like a 100 m water-resistance rating and a domed sapphire crystal. 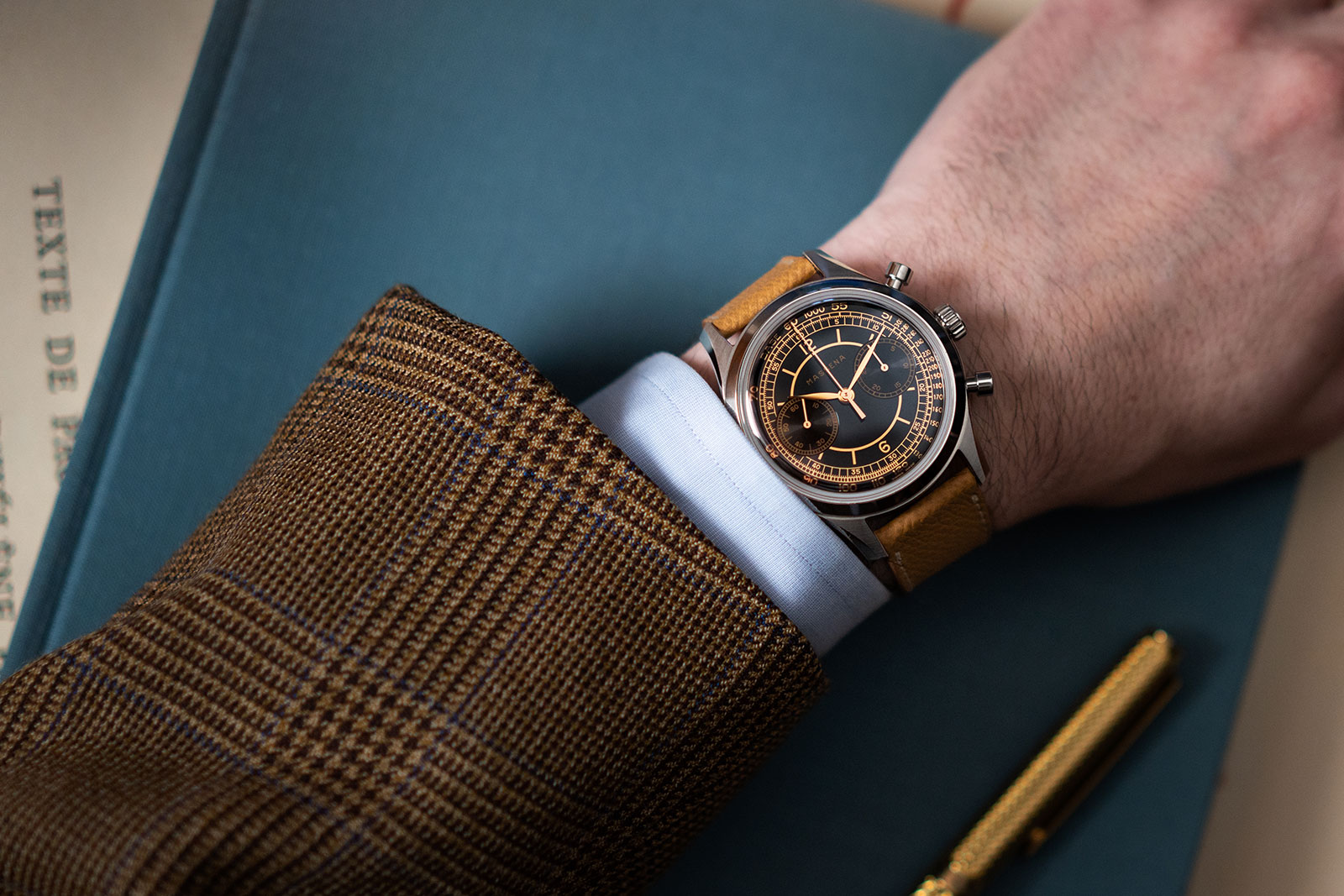 The Archetype 0.0 has a “sector” dial with a gilt finish – glossy black lacquer with gold print – a perennial favourite that’s not novel but always appealing. Similar dials are attempted often, but because Massena Lab founder William Rohr is a veteran watch collector and industry insider, the Archetype 0.0 gets even the smallest elements right.

The numerals, for instance, have tiny serifs, while the six is “open”, as they would be on vintage watches. And the darker print for the logo and sub-dials is another delightful detail. 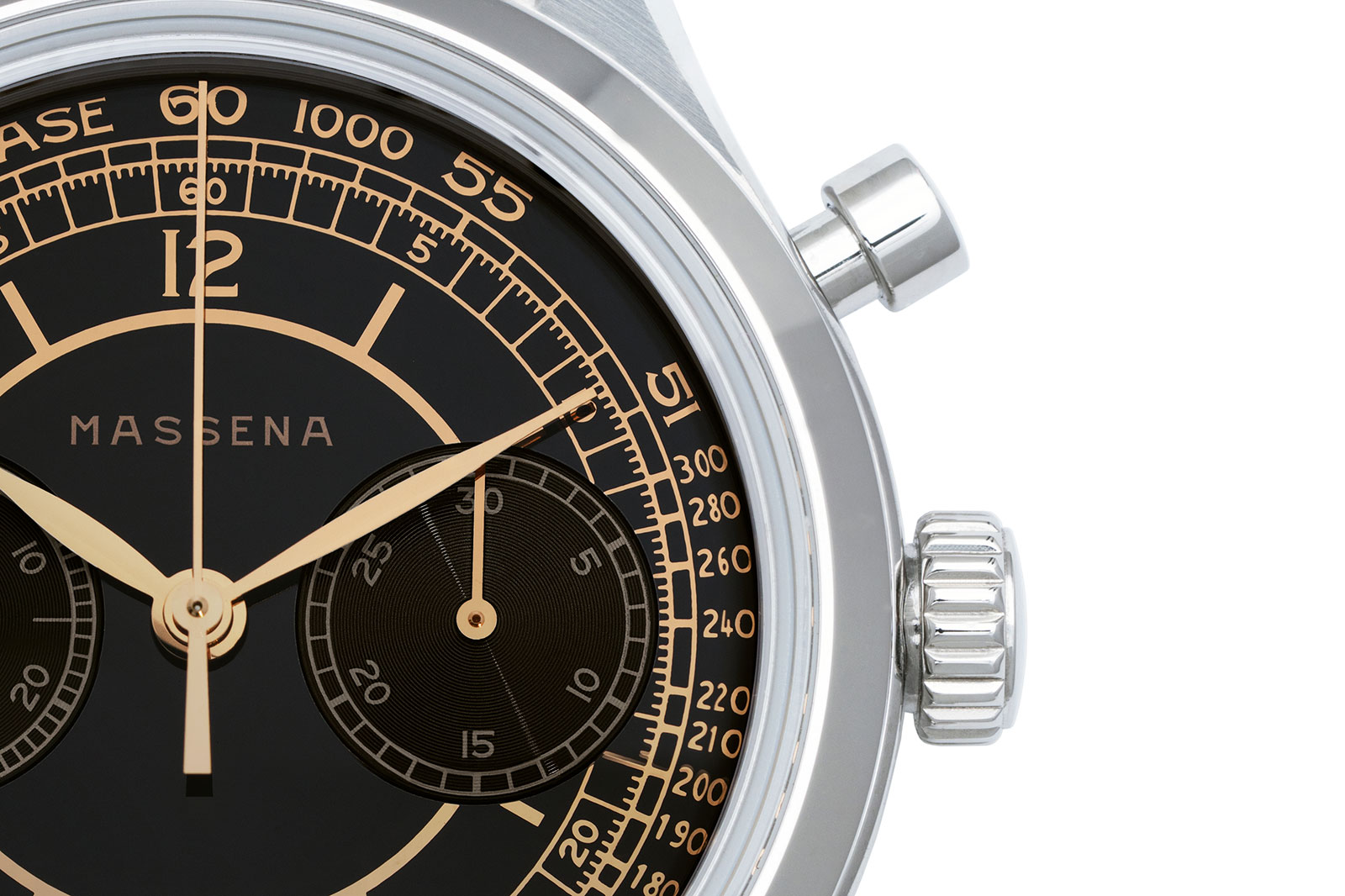 Although vintage in style, the case is unusual in that it’s not usually found with gilt, “sector” dials in vintage watches, making the combination novel in a subtle manner. Notably, the case is rated to a solid 100 m for water resistance. The back, however, is secured by screws, rather than being screwed down. Both are functionally identical, but a screwed-down back is more attractive visually. 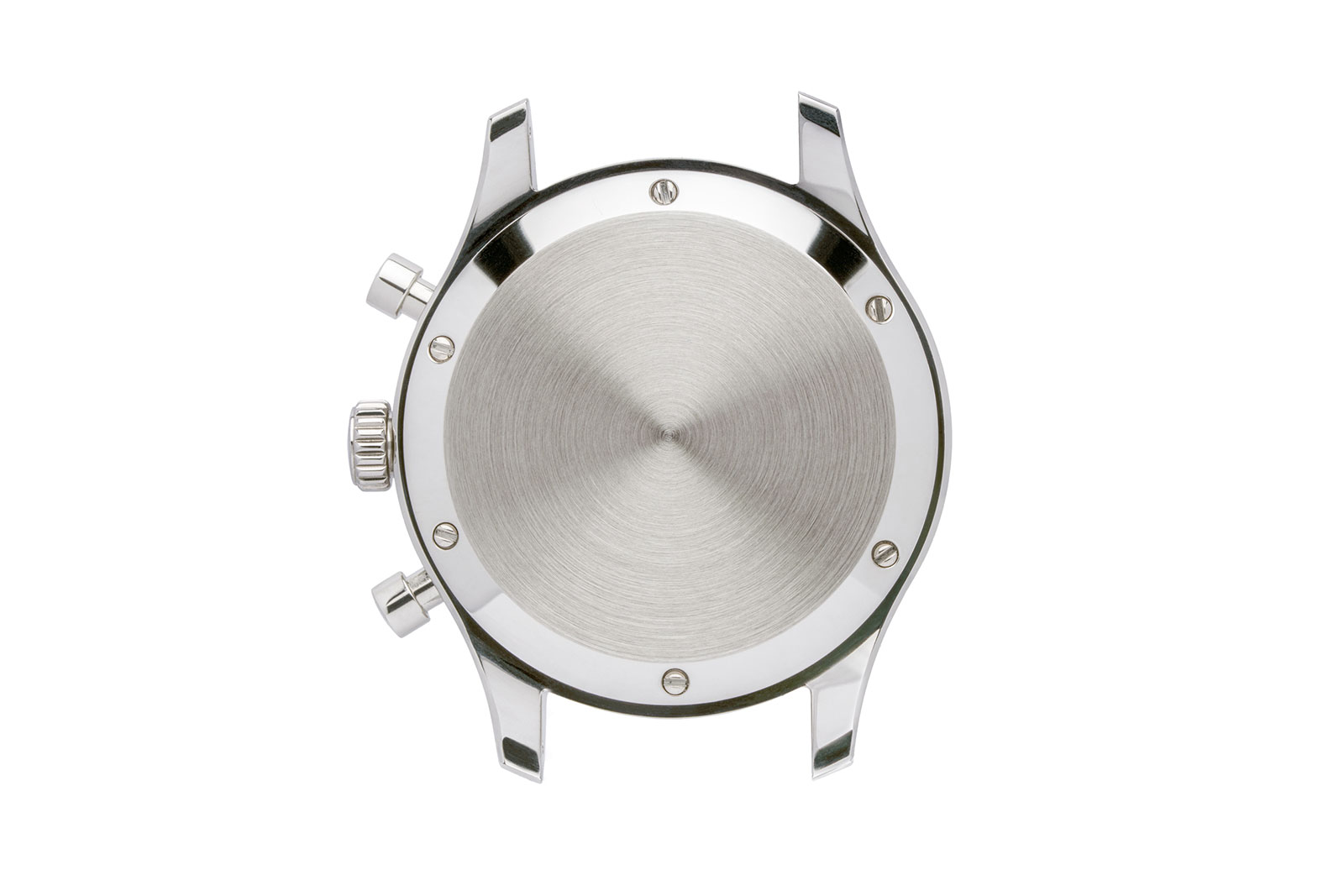 Having known Mr Rohr for a substantial period of time, I am certain the quality of execution is high, especially for the relatively affordable price. Costing US$4,250, the Archetype 0.0 is priced about a third more than the Uni-Racer, making it not quite as good in terms of value. But the increase is justified by upgraded features as well as the small production run, which arguably makes this a more compelling buy, despite the higher price. 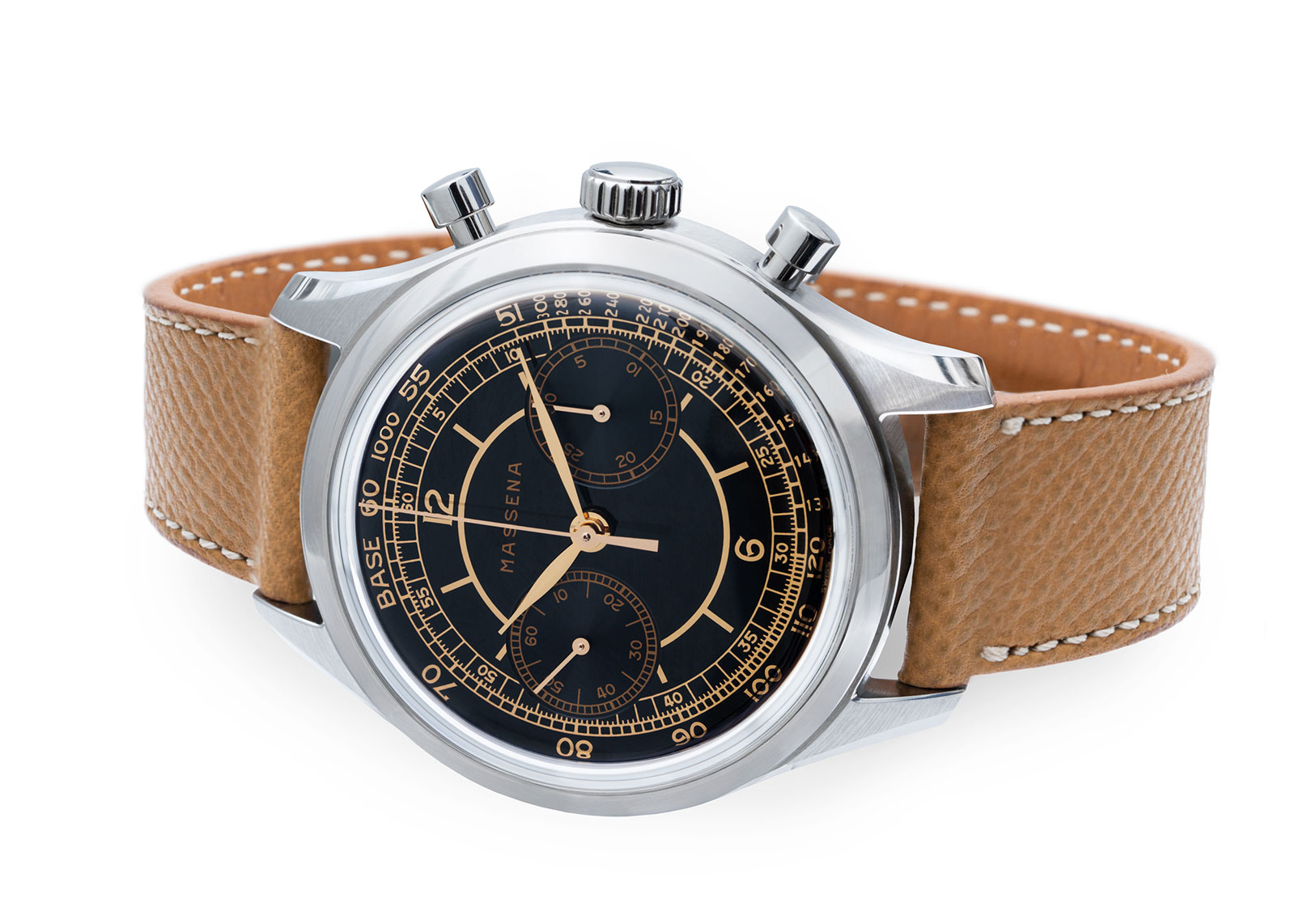 It has a largish, 42 mm steel case with alternating brushed and polished surfaces, along with a domed sapphire crystal that gives it a tall profile of 13.5 mm.

Inside is the Sellita SW510 M, the manually-wound version of the Sellita SW500, which is a clone of the Valjoux 7750. It’s a basic movement, but robustness and easy to service. And the version found in the Archetype 0.0 is regulated to COSC chronometer standards, which means a maximum deviation of -4/+6 seconds a day. 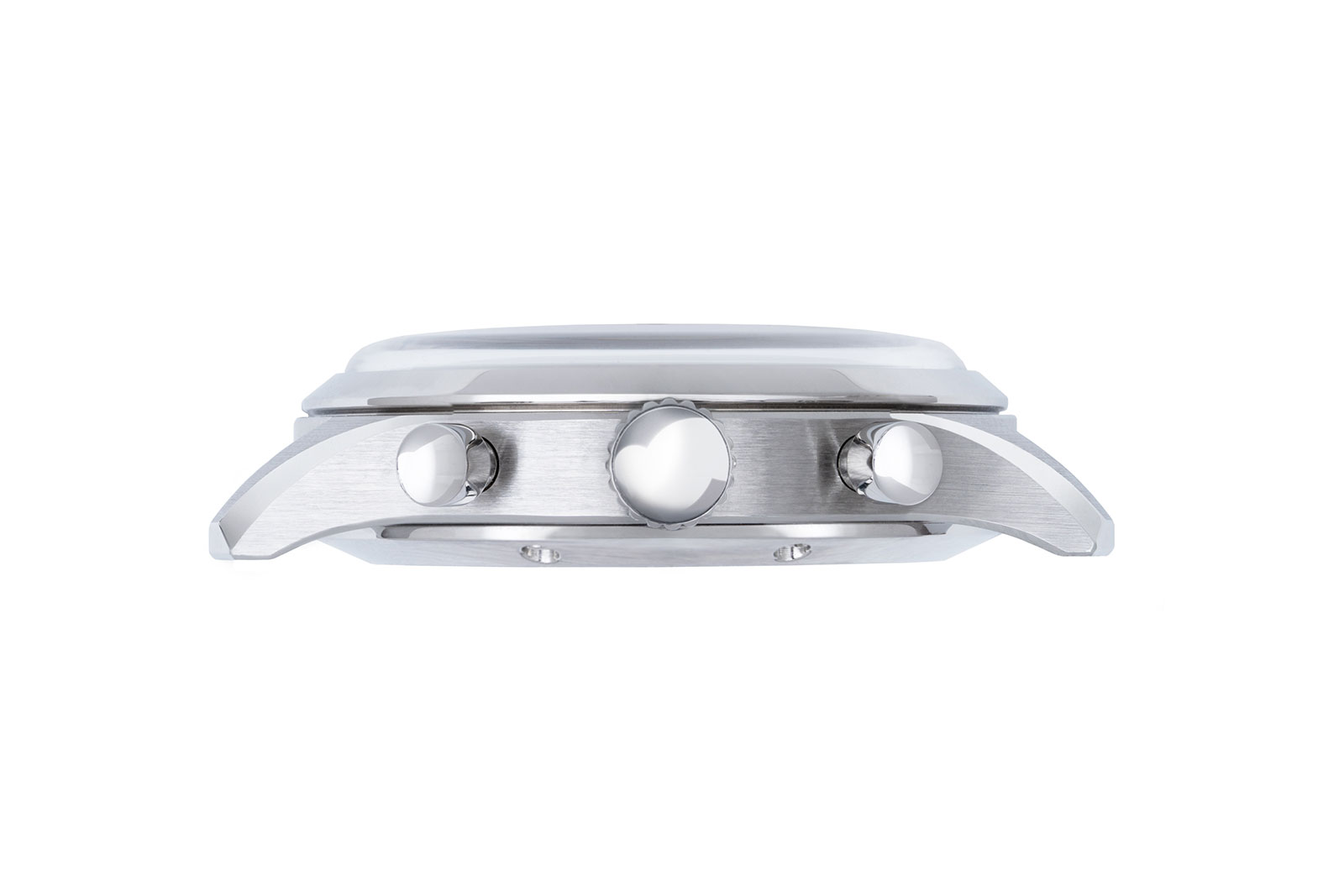 Limited edition: A small run of “pre-series prototypes”
Availability: Now, direct from Massena Lab, with delivery in March 2021
Price: US$4,250