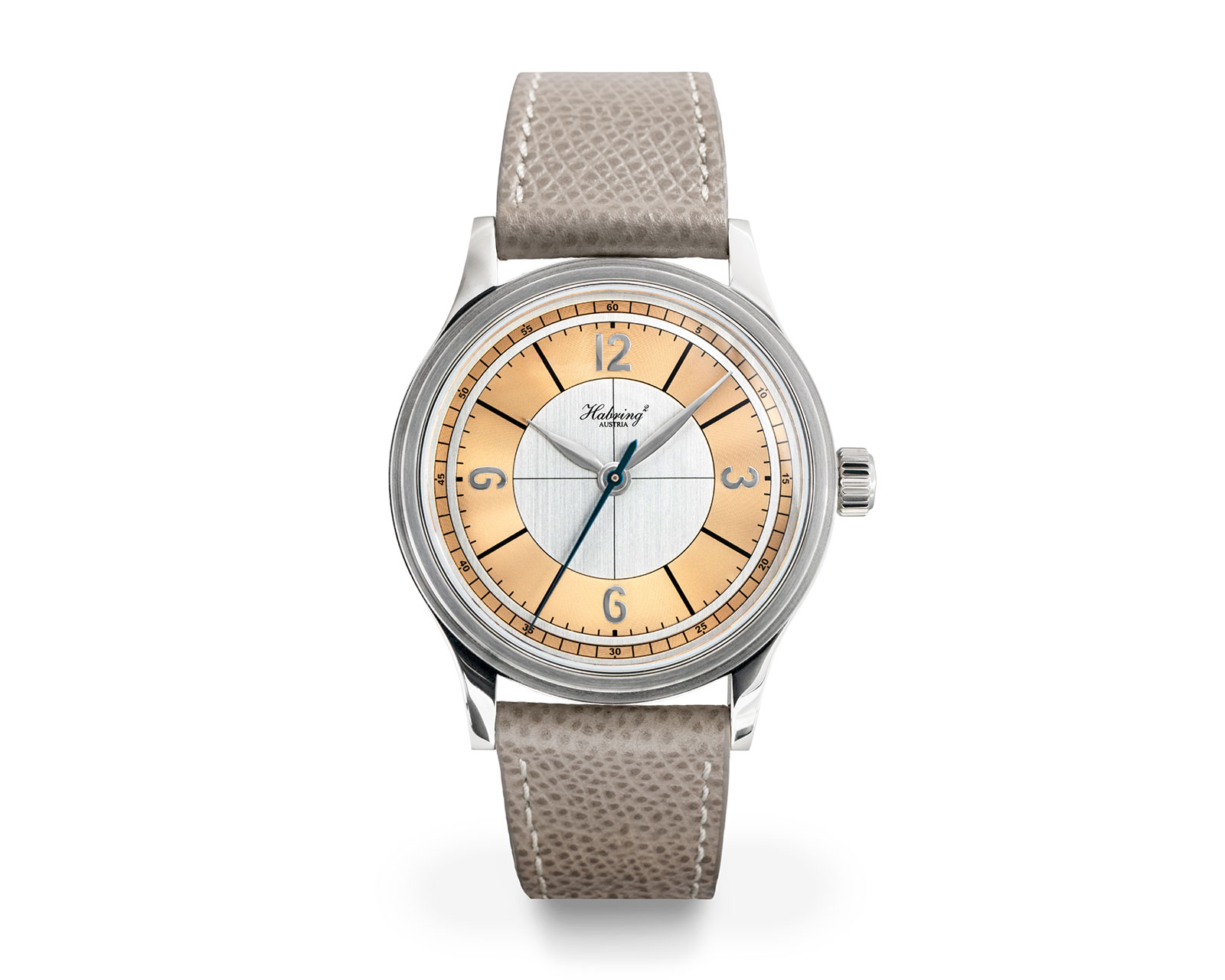 A year after the debut of the Erwin LAB01 in bronze, which sold out swiftly, Massena Lab has discreetly launched the followup. Announced only to “friends and family” via email, the Erwin LAB02 retains the familiar “sector” dial, but in a two-tone rose gold and silver finish.

As with the first instalment, the LAB02 is made by Habring2 and designed by Massena Lab, a watch-creation studio founded by industry insider William Rohr.

Habring2 are always excellent value, and the Erwin LAB02 has the added appeal of having been designed by Mr Rohr, a veteran watch collector. Though the design is not novel – it is based on a vintage Patek Philippe – the look is extremely appealing, and it has been executed with a careful attention to detail, as evidenced by the textures of the dial for instance. 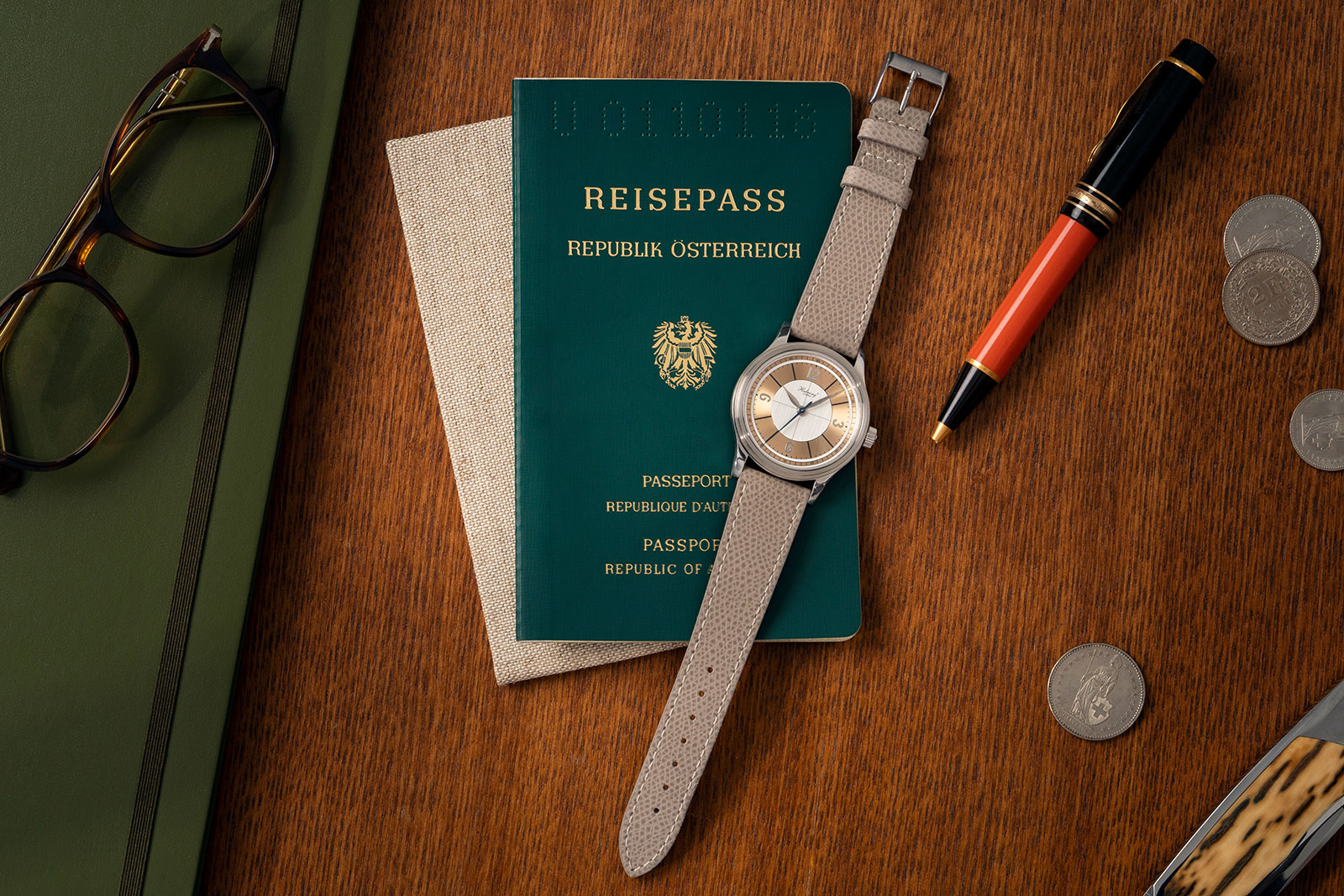 While the original edition sold out in an instant, the LAB02 is a low-key launch, with the watches being delivered over a period of months, which makes it easier to land one. So it is accessible not just in price – a bit under US$6,500 – but availability, a useful thing when it comes to small-run limited editions. 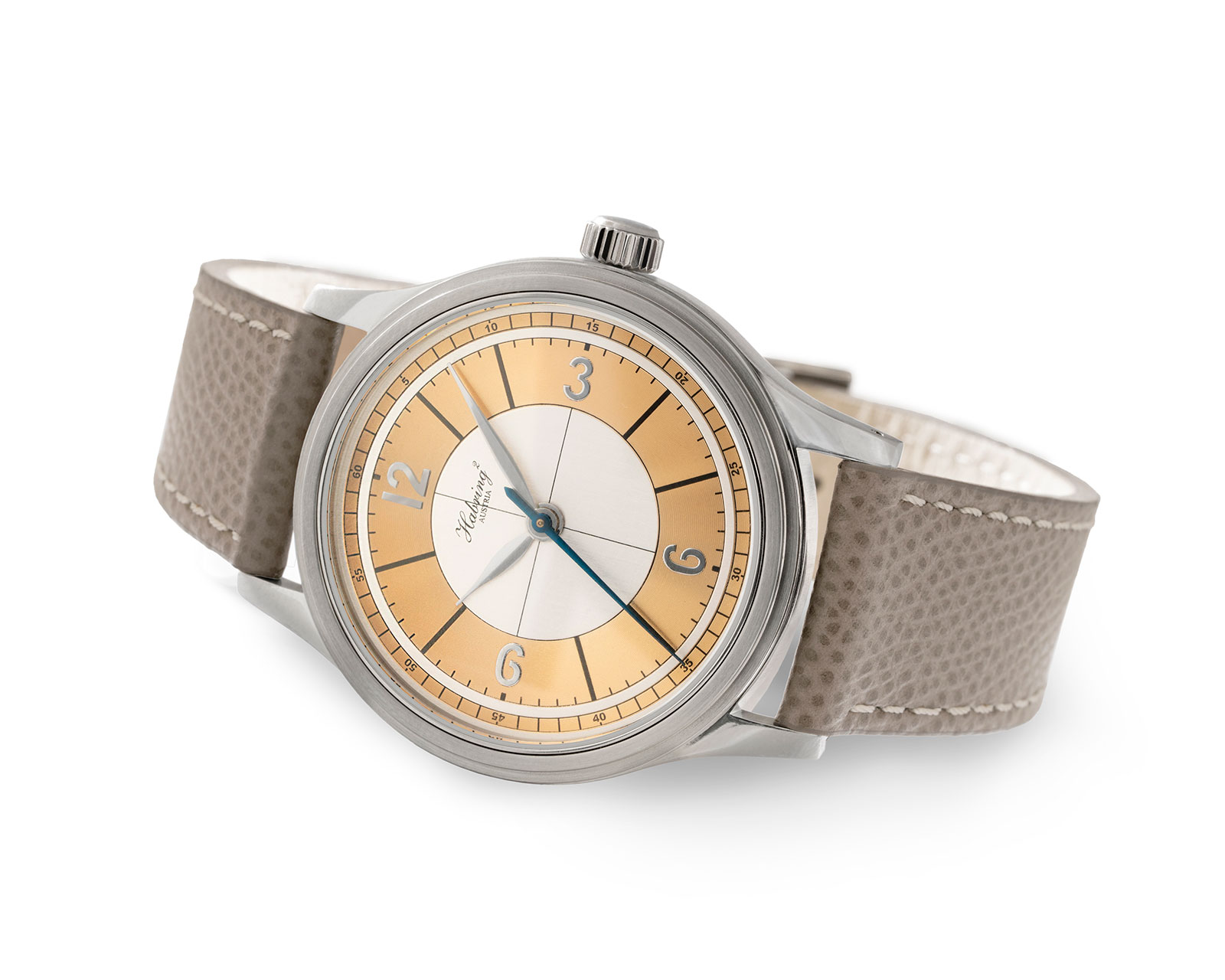 The new Erwin models itself on a 1930s Patek Philippe Calatrava ref. 96 that had a similar, dual-colour dial. Illustrated Mr Rohr’s well-honed eye for detail, the dial of the Erwin is not just made up of twin colours, but also two surface finishes. The rose gold-plated chapter ring has a fine, concentric pattern, while the silvered portions are vertically brushed. 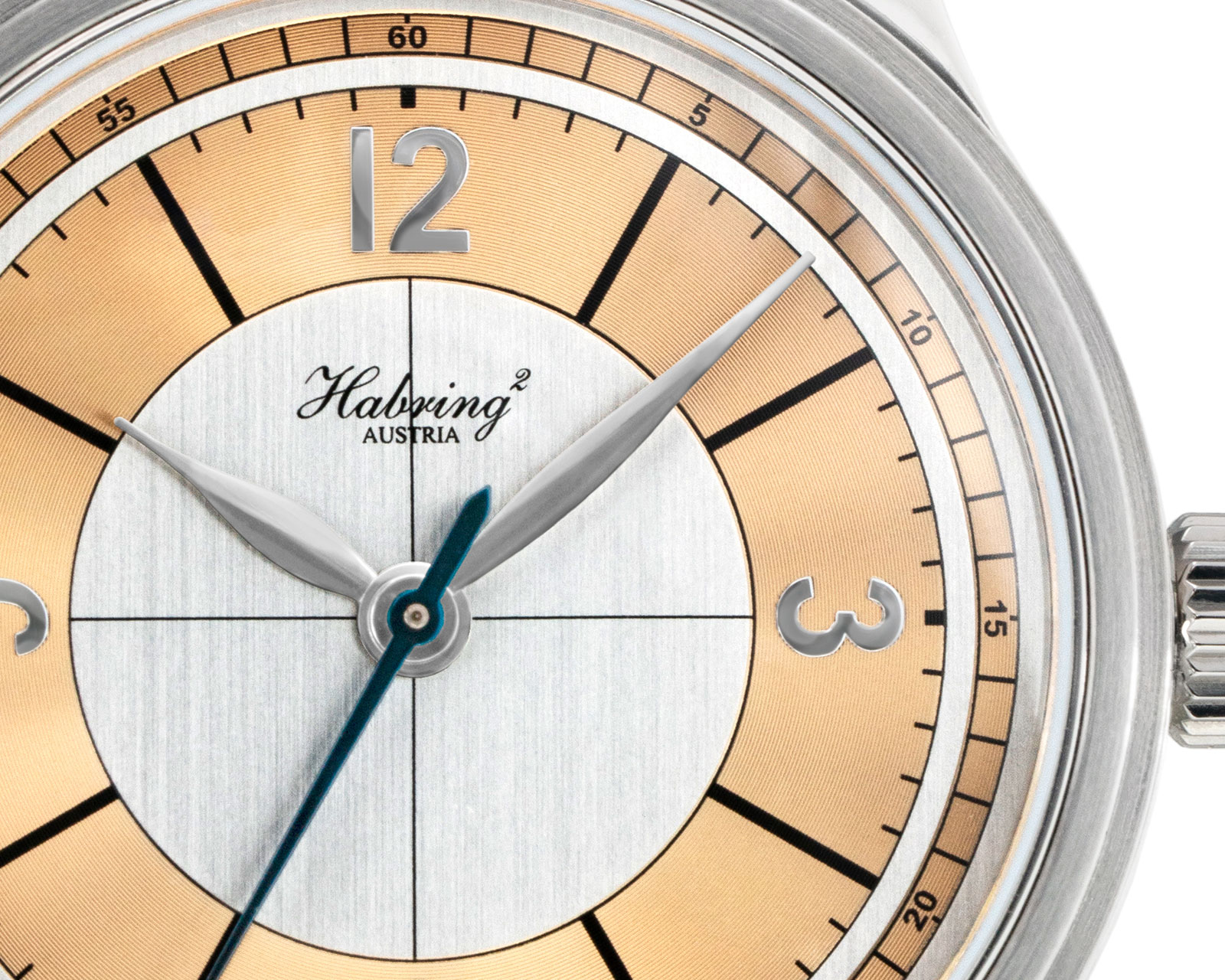 The case and movement are identical to the standard Erwin, which means a wearable 38.5 mm case that’s just 10.5 mm high. Inside is the A11s, a hand-wound movement made in-house by Habring2 that was developed with the Valjoux 7750 as the foundations, but heavily modified and improved. Notably, majority of the parts are made by Habring2 – which is based in Austria – or its suppliers outside of Switzerland. 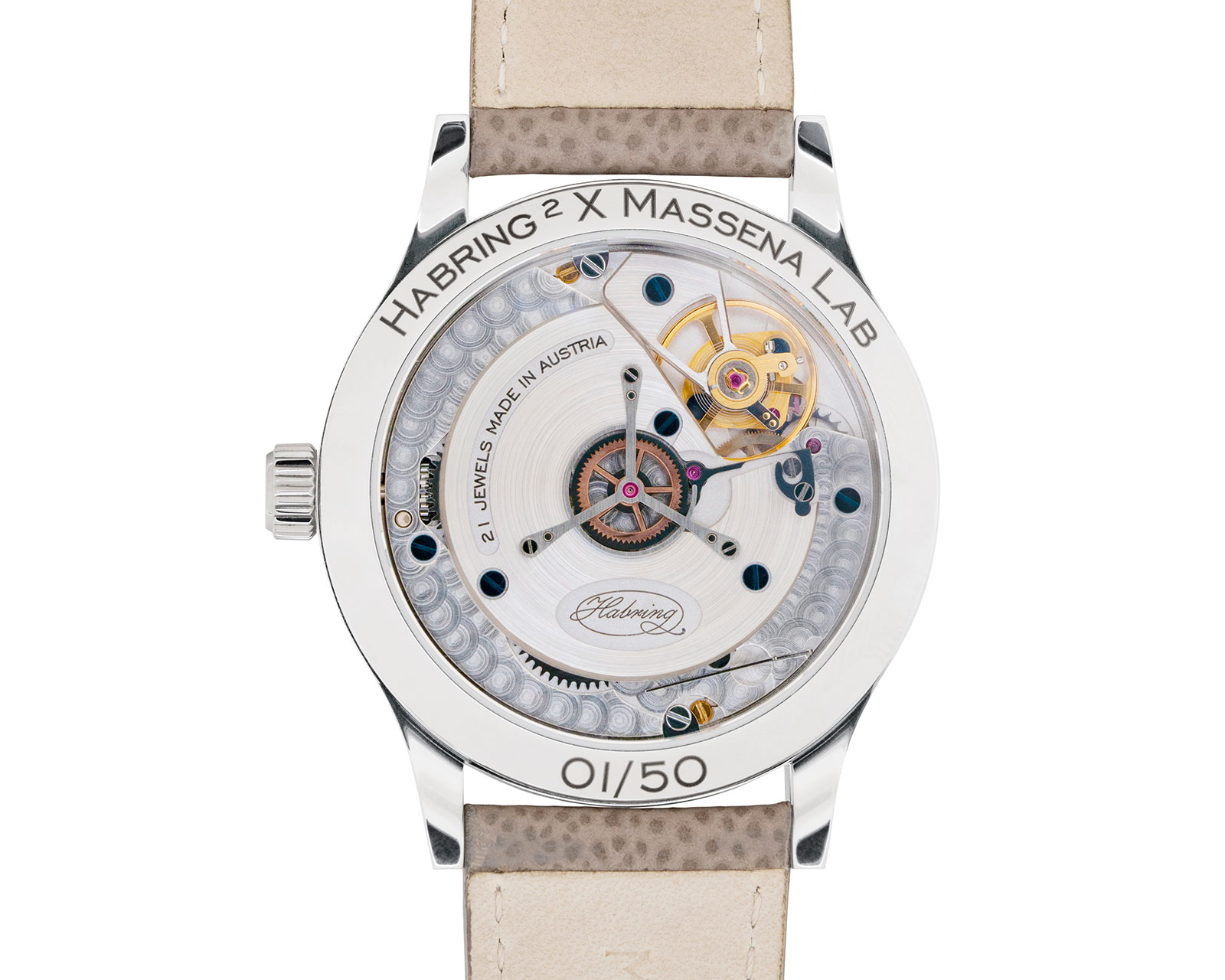 The eyeball on legs returns.