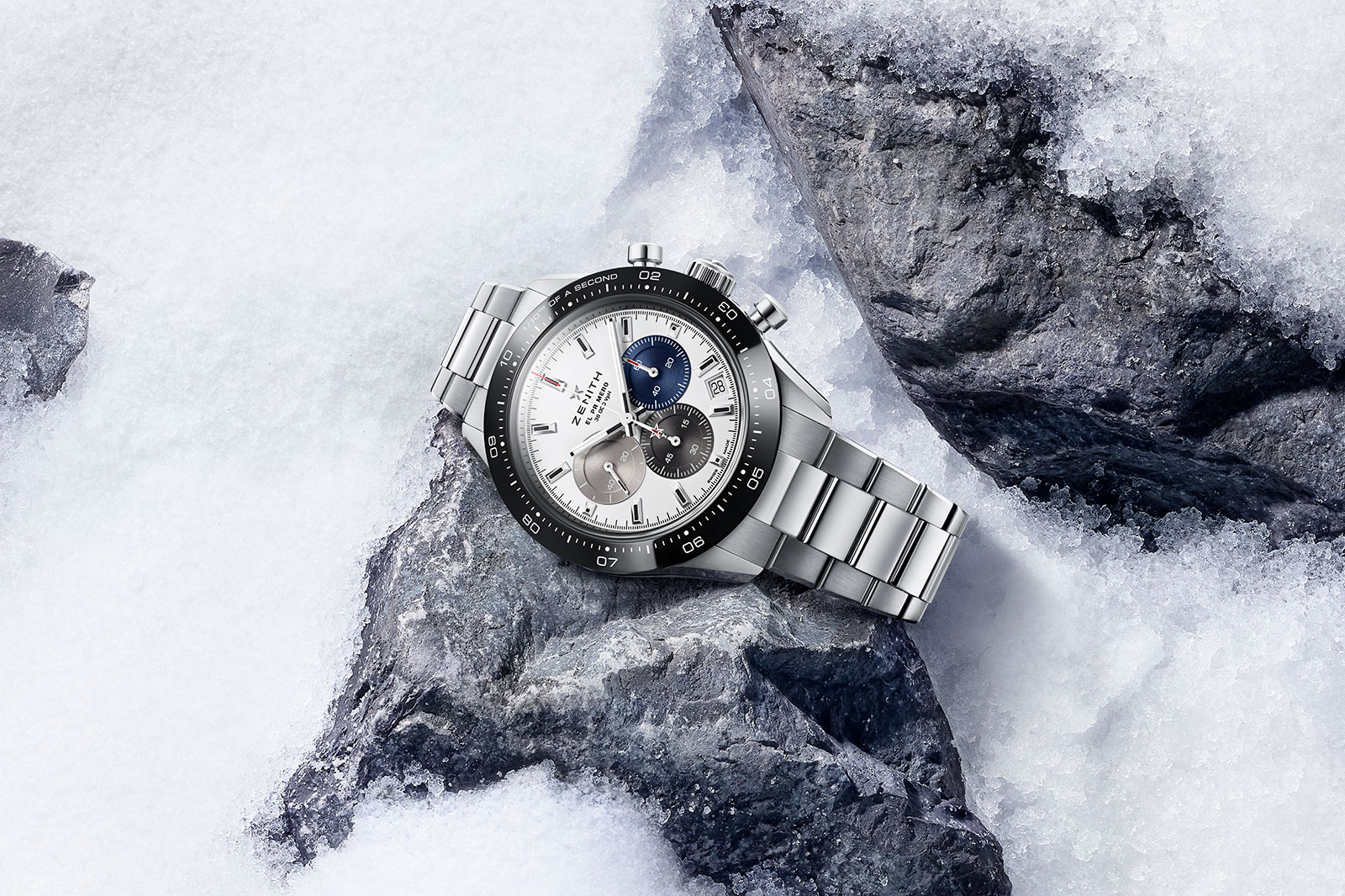 Two years ago, when Zenith celebrated the semicentennial of the El Primero – the world’s first high-beat, automatic chronograph movement – a successor to the long-running workhorse was quietly unveiled as part of a three-piece set. Designed from ground up as a brand-new movement, the El Primero 3600 was equipped with modern tech and additional features, including twin chronograph seconds hands.

But the movement never made it to regular production, until now. The El Primero 3600 finally becomes accessible with the new Chronomaster Sport, a new line of sports chronographs featuring a shiny black-ceramic bezel and two dial options. 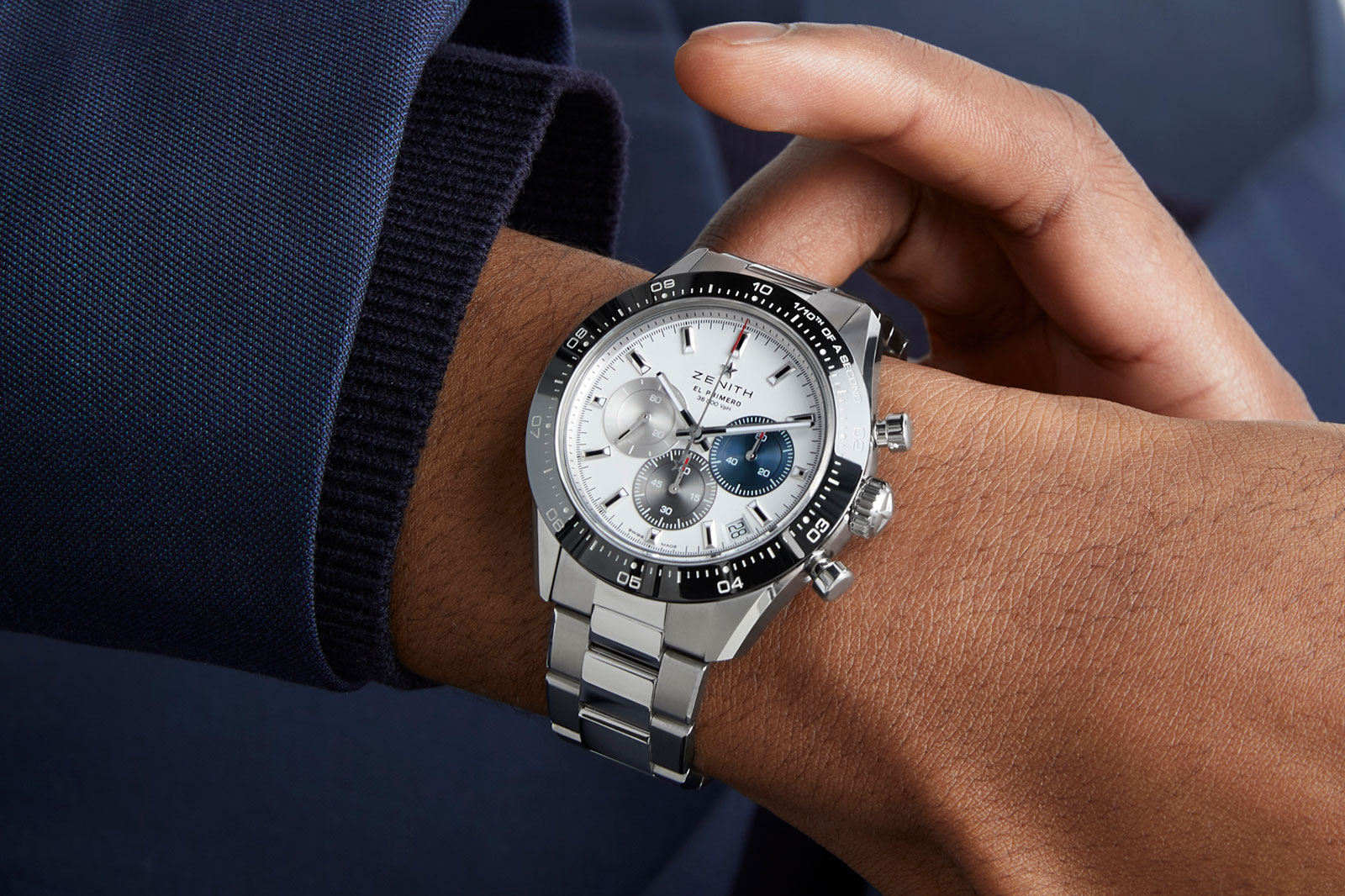 The debut of El Primero 3600 two years ago was noteworthy, but it was lost amongst the tasteful remakes – case in point – created to commemorate the anniversary. Now that the vintage remakes have reached their end with the final instalment announced just recently, the new movement can take the stage.

The El Primero 3600 is certainly an impressive upgrade and a completely different animal compared to the original El Primero. Most notable is the addition of a lightning central seconds that travels six times as fast, completing one revolution every 10 seconds, allowing it to measure 1/10th of a second. That truly unleashes the full potential of the El Primero movement, which runs at 10 beats a second, or 36,000 beats per hour. 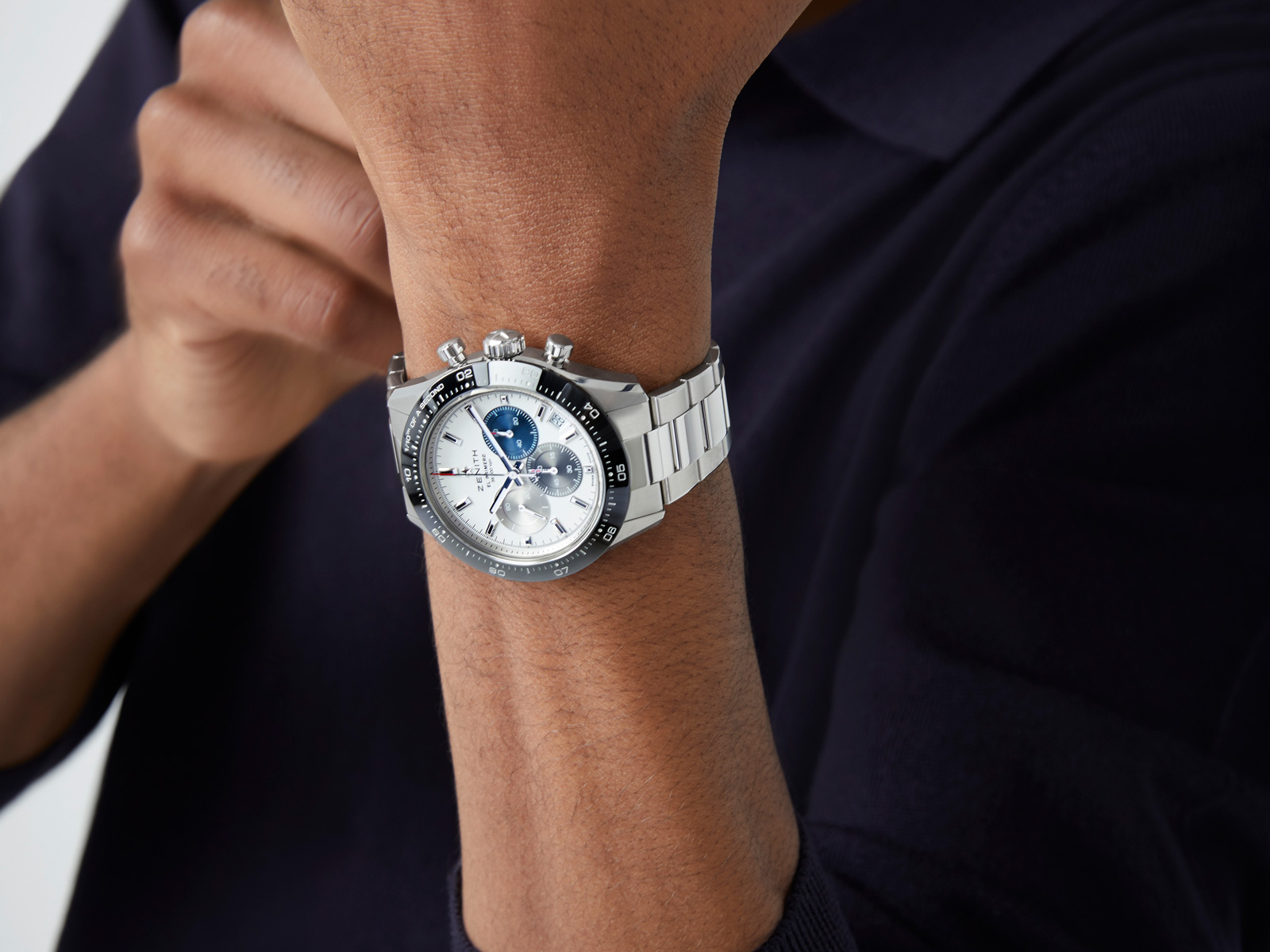 Technical ingenuity notwithstanding, the watch itself looks good, albeit slightly derivative. The design is an incremental evolution of the Chronomaster 2 equipped with the El Primero 3600 that was part of the three-piece anniversary set. Amongst the tweaks are a wider ceramic bezel and lacquered dials in stark white or black – a look that calls to mind the flagship chronograph of the green giant in Geneva.

As is the case with most Zenith chronographs, the Chronomaster Sport is priced reasonably. It costs about 20% more than an average model with the original El Primero movement, clocking in at US$9,500 on a strap, or US$10,000 on a steel bracelet. 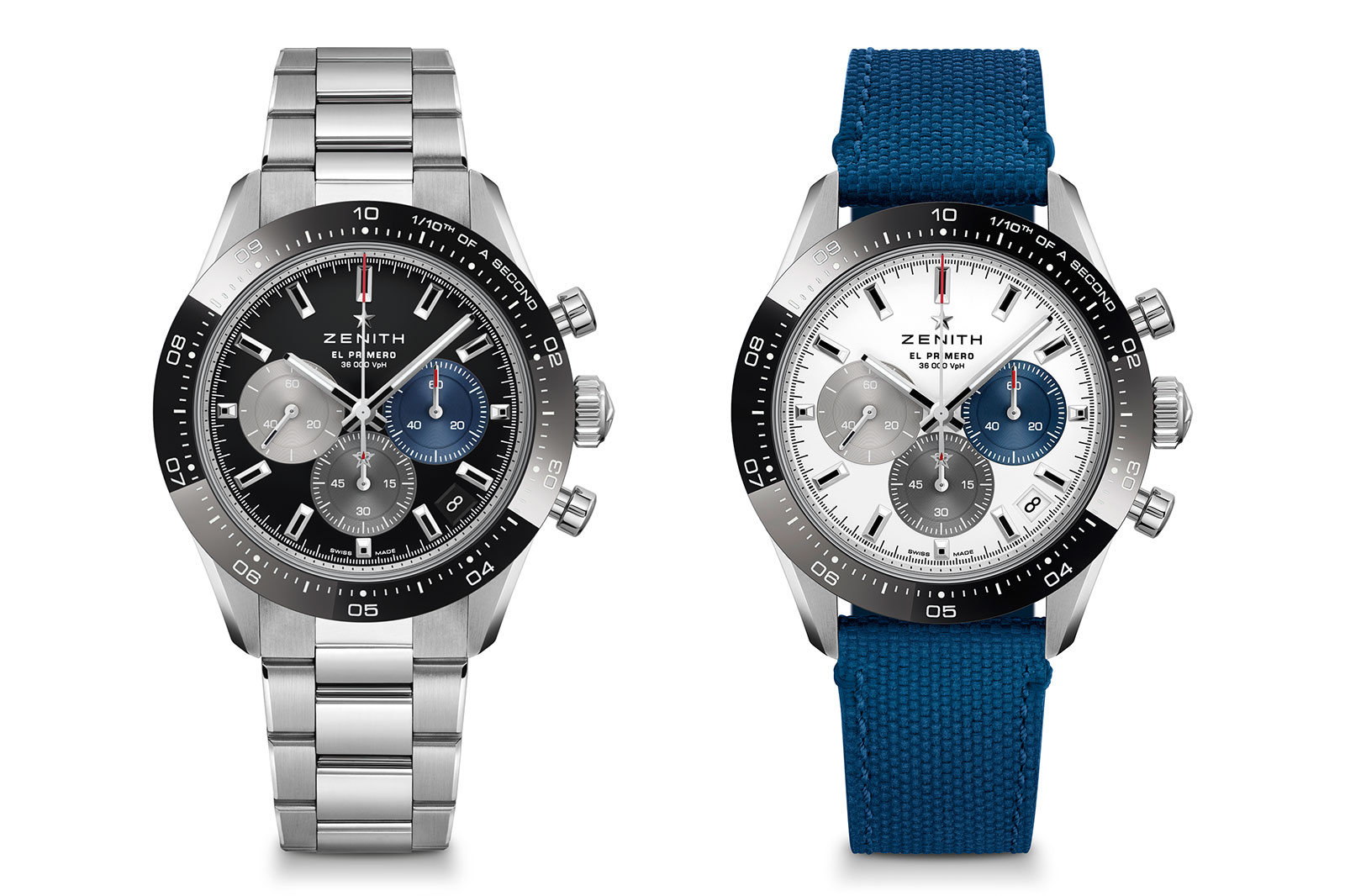 An improvement over the original in many aspects, the El Primero 3600 boasts long-overdue technical updates as well new innovations. Perhaps most relevant for daily wear is the extended power reserve that’s now 60 hours, ten more than the original calibre and approaching the modern-day norm of three days. Precise time setting has also been made easily with a hacking-seconds for the time.

But the true highlight are the twin chronograph seconds hands. With the clasped seconds hand relocated from the centre to the three o’clock register – resulting in the loss of an hour counter – the central seconds hand now fulfils a new function – it makes one revolution every 10 seconds, or six rotations per minute, to allow pinpoint reading of elapsed times with a resolution of 1/10th of a second via the scale on the ceramic bezel.

The central, 1/10th-of-a-second hand calls for with several additional gears linked to the escape wheel, the fastest-turning wheel in the timekeeping gear train. The additional gear train increases the speed of the lightning chronograph seconds by sixfold compared to the conventional running seconds. 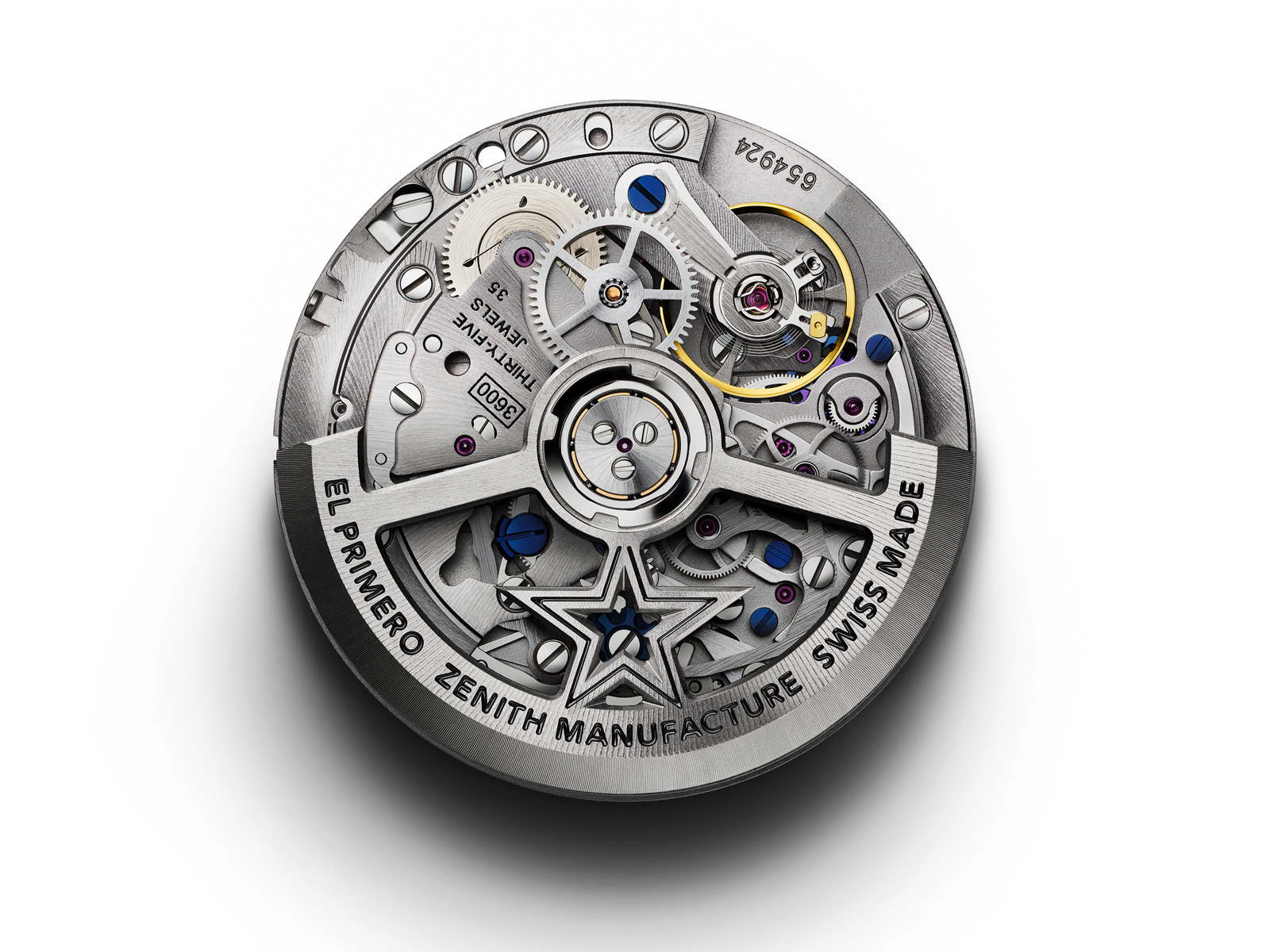 Correction January 22, 2021: The 1/10th-of-a-second gear train is coupled to the escape wheel, and not the fourth wheel as stated in an earlier version of the article.