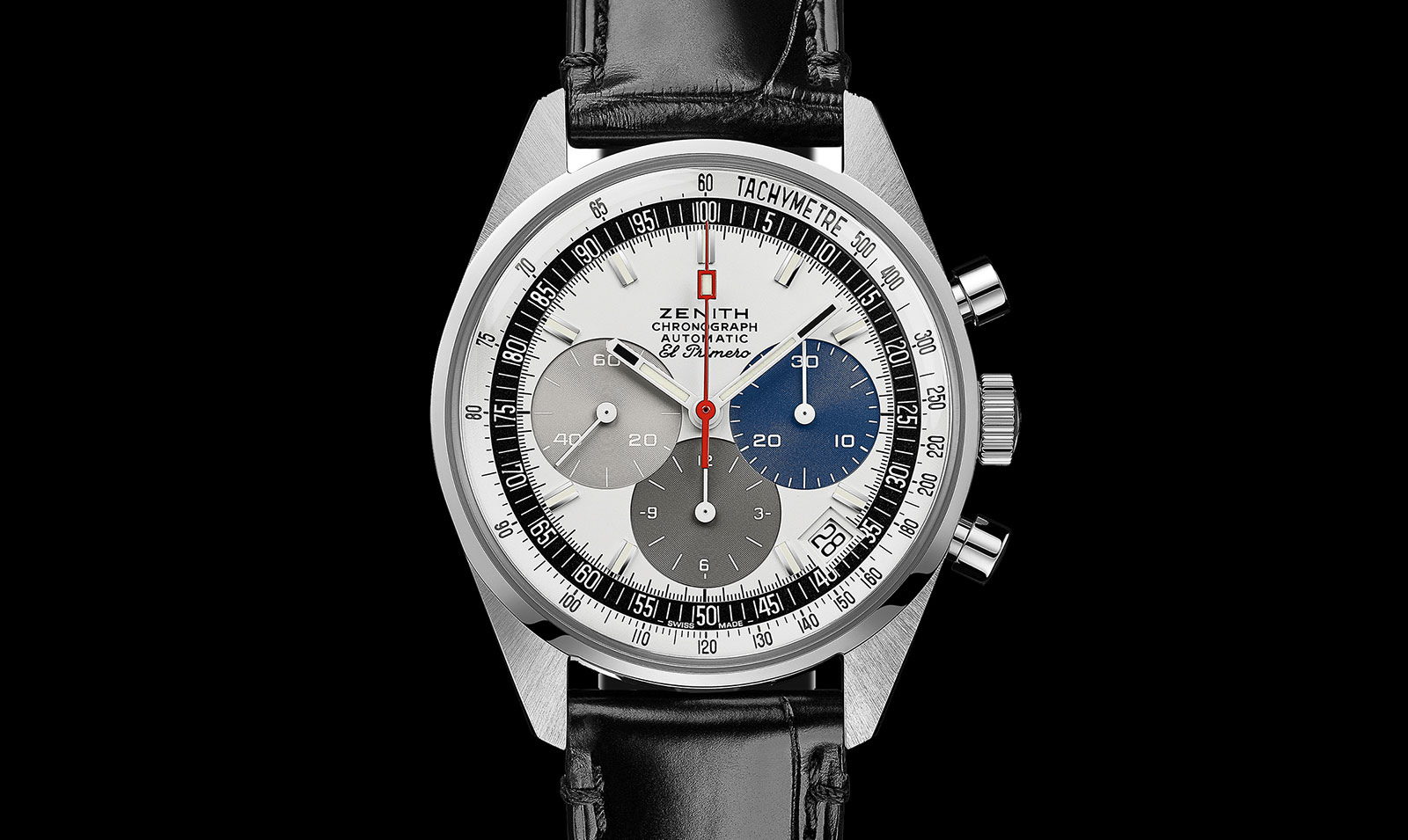 Zenith is marking the 50th anniversary of its definitive movement – the El Primero chronograph of 1969 – with a three-piece set that is made up of the most important El Primero-based watches.

The three piece set is bookended by the most basic and the most advanced El Primero, all sharing the the signature tricolour chronograph registers. The El Primero A386 Revival (pictured above) is pretty much a one for one remake of the original of 1969, with a 38mm steel case and the El Primero 400 movement inside.

According to Zenith, an original 1969 El Primero A386 was “laser-scanned” to produce an exact replica, which even duplicates the “tachymeter scale, font, the shapes of the hands and hour markers”. The only concession to modernity is the sapphire display back that shows of the movement. From left: the A386 remake, Chronomaster 2, and the Defy

It’s in a 44mm brushed titanium case with a partially open-worked dial to reveal some of the chronograph mechanism.

But arguably the most significant watch of all is the Chronomaster 2 El Primero, powered by the El Primero 3600.

While the original movement is a landmark, it is half a century old. The El Primero 3600 is an “entirely redesigned movement” that’s based on the original but upgraded in construction and function. It still retains the 36,000 beats per hour frequency and column wheel, but the chronograph has been redesigned as a true 1/10th of a  second chronograph, incorporating the chronograph mechanism first developed for the El Primero Striking 10th of 2011. It features a central hand that makes one revolution every 10 seconds, a 30-minute register at six o’clock and the 60-second register at three.

But the base movement has also been upgraded with a longer, 60-hour power reserve, as well as a hacking seconds for more precise time-setting.

The Chronomaster 2 El Primero has a 42mm steel case with a black ceramic bezel.

And a little bit extra

The 50 Years of El Primero Anniversary Set is limited to just 50 sets, each presented in a large box with a touch screen, and an interior built like a miniature watchmaker’s bench, complete with an adjustable magnifier and light.

The drawer inside accommodates four watches, with an empty slot for an upcoming 1/1000th of a second that Zenith plans to unveil in the future. Owners of the anniversary set will be given the option to buy one to match the rest of the set. Notably, the box includes an actual die (or stamp) for the El Primero 400 chronograph coupling wheel. Each buyer of a set will be invited to Zenith’s factory in Le Locle to stamp out two wheels, one to keep and the other to be engraved with his or her name and installed near the entrain to the attic where the El Primero production tools were hidden during he Quartz Crisis.

The 50 Years of El Primero Anniversary Set is priced at SFr50,000, or S$69,000. The individual watches are not available separately.