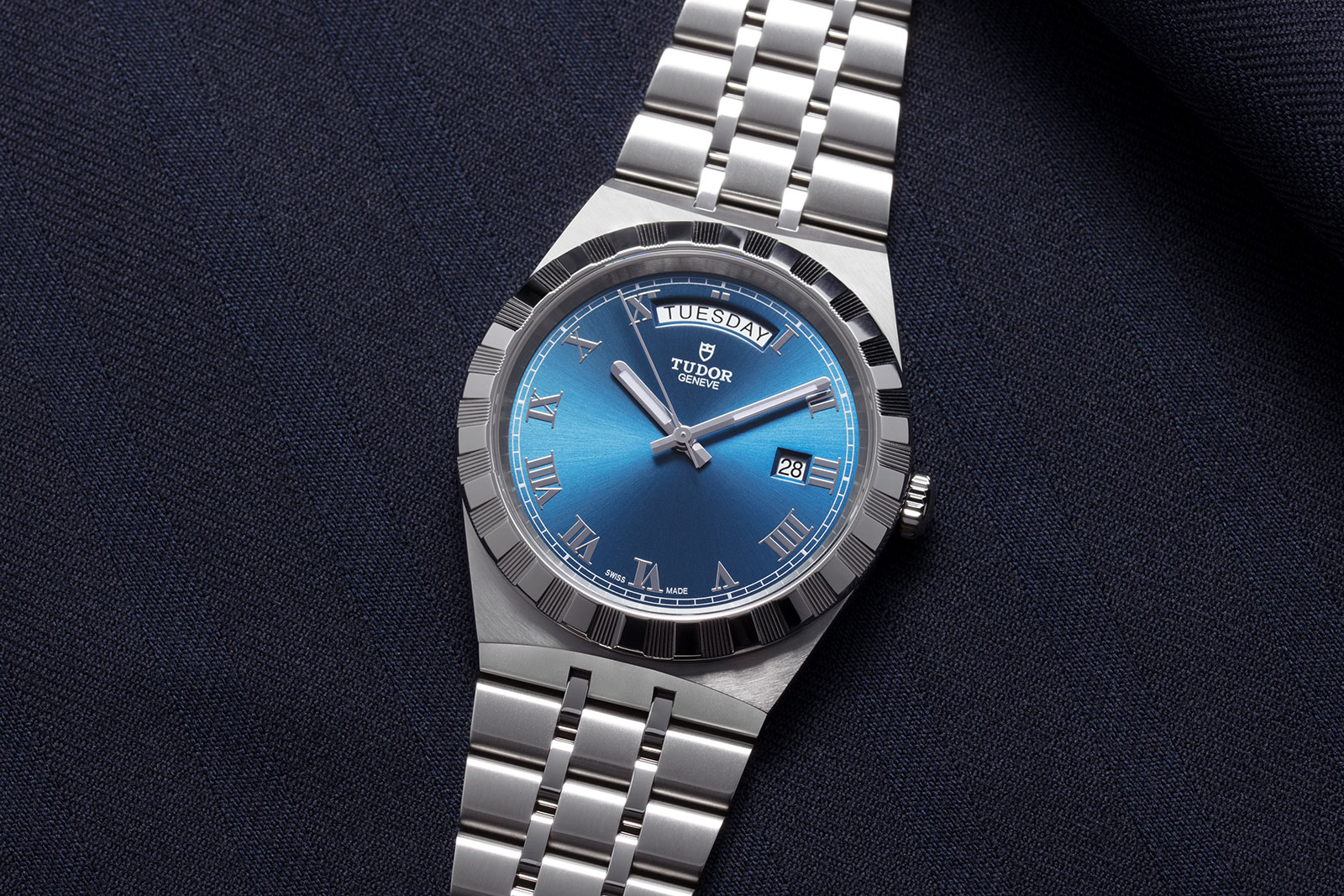 Not long after Tudor unveiled the Black Bay Fifty-Eight Navy Blue – a well priced and solid albeit slightly predictable launch – the brand quietly announced something more surprising – the Tudor Royal.

Initially available only in four Asian markets, but now available worldwide starting November 2020, the Royal revives a model name last used several decades ago and applies it to an affordable watch with an integrated bracelet that has a retro, 1970s feel.

The Royal successfully combines various elements from past Tudor watches, with the exception of the dial, which looks a bit uninspired.

The integrated bracelet and case brings to mind models of the 1970s, like the Tudor Ranger for instance, while the alternating fluted-and-polished bezel has been used on various models, including the fairly recent Tudor Classic. But the dial is plain, though it was likely designed to appeal to an audience that wants an obviously classical dial with Roman numerals. 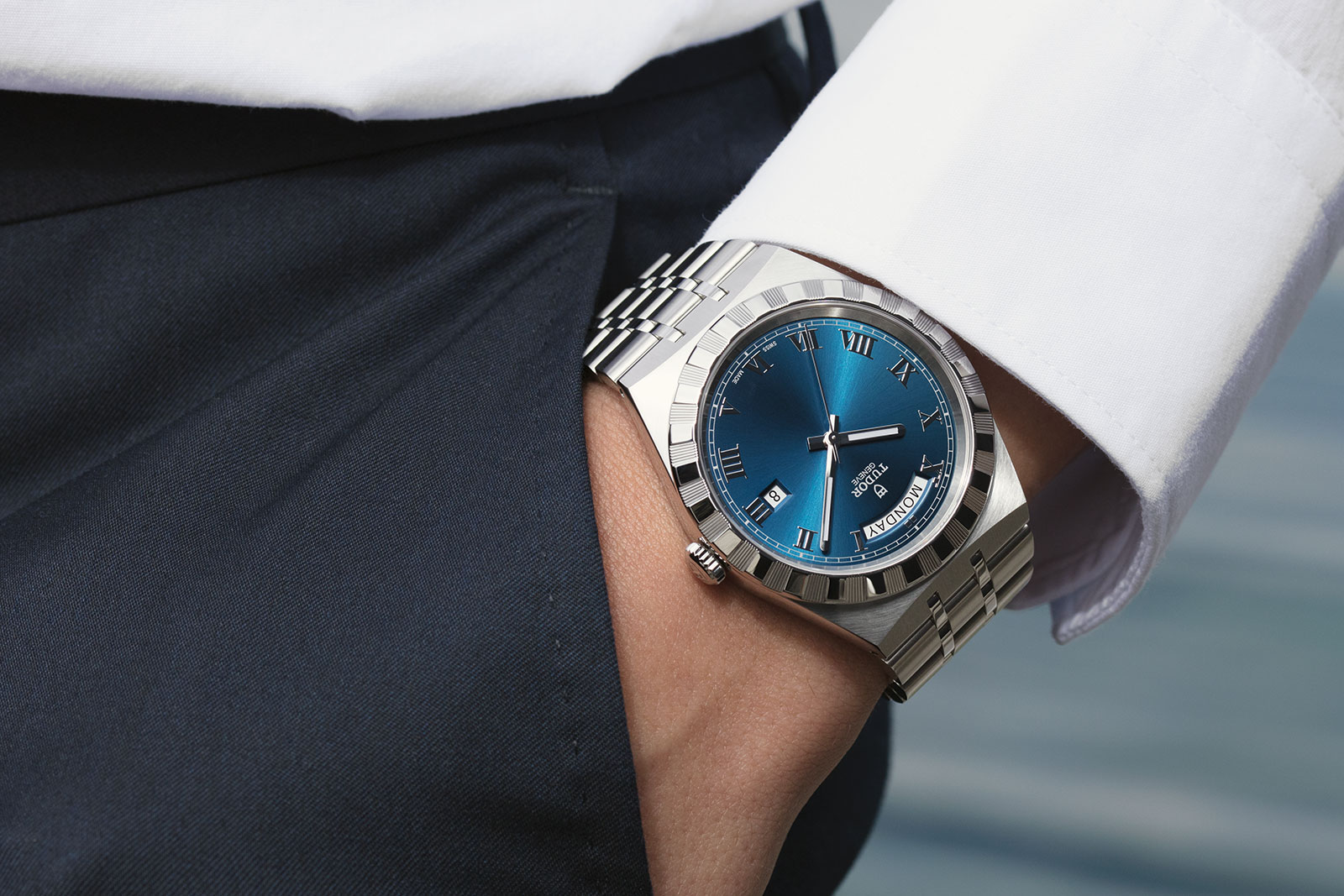 I would have liked it with a more modern dial, but nevertheless the value proposition is clear. For someone who wants a solid watch that doesn’t look like a diving instrument, the Royal is an excellent buy.

With the base model priced a bit over US$2,000, the Royal is – like nearly all Tudor watches – excellent value for money given the high level of fit and finish of the external parts, which are likely the best in the price range. The movements inside are either Sellita or ETA calibres, which are not as sophisticated as Tudor’s proprietary movements, but for the price that’s entirely fair. 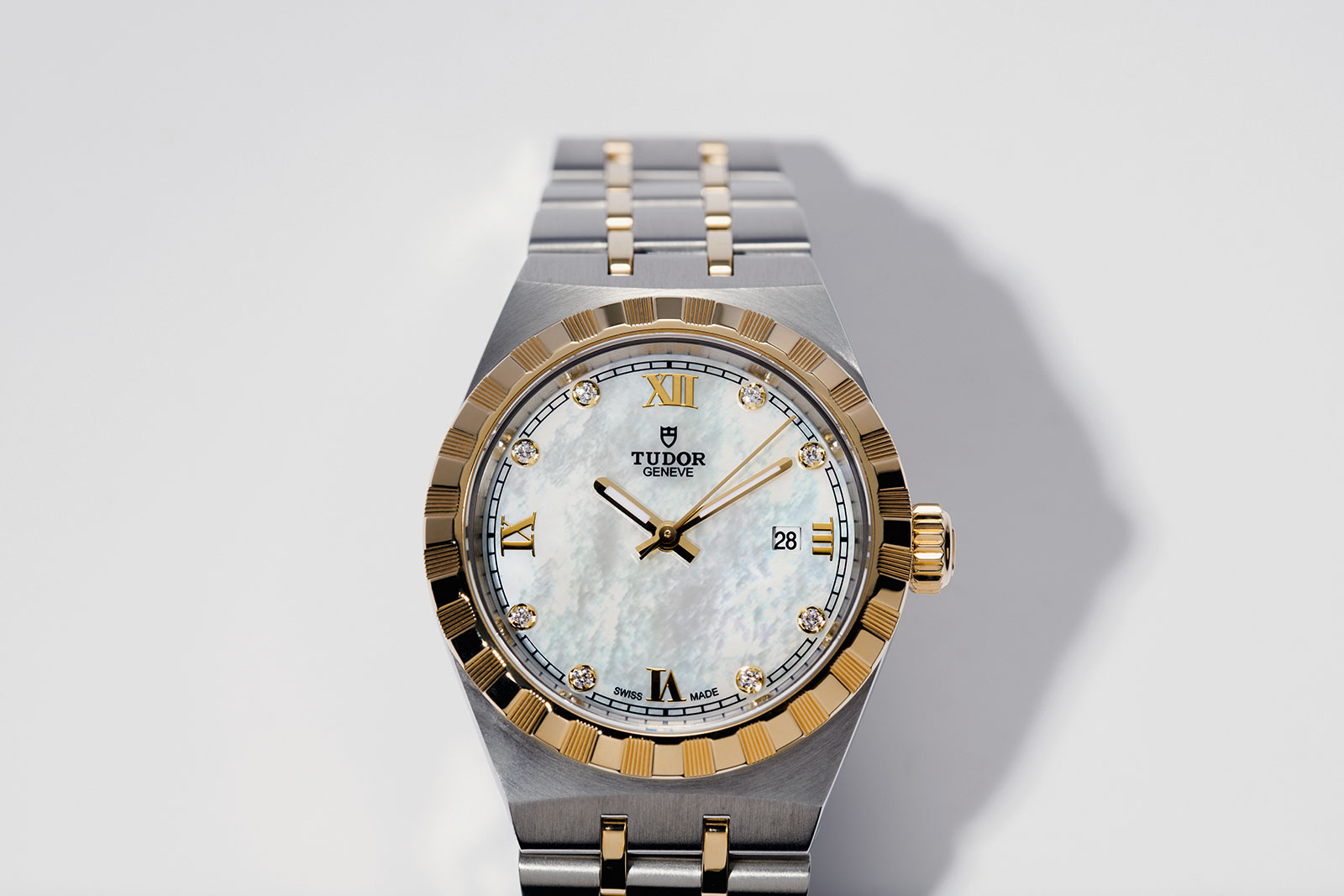 Tudor describes this as a “sport-chic” watch, which is accurate enough, as the case has a screw-down crown and 100 m depth rating.

Available in four sizes – 41, 38, 34, and 28 mm – the case is available in steel or two-tone steel and 18k yellow gold, with the same integrated bracelet that’s five links across. And the bezel is different take on the traditional fluted bezel found on Tudor (and Rolex) watches, with the fluting alternating with polished sections. 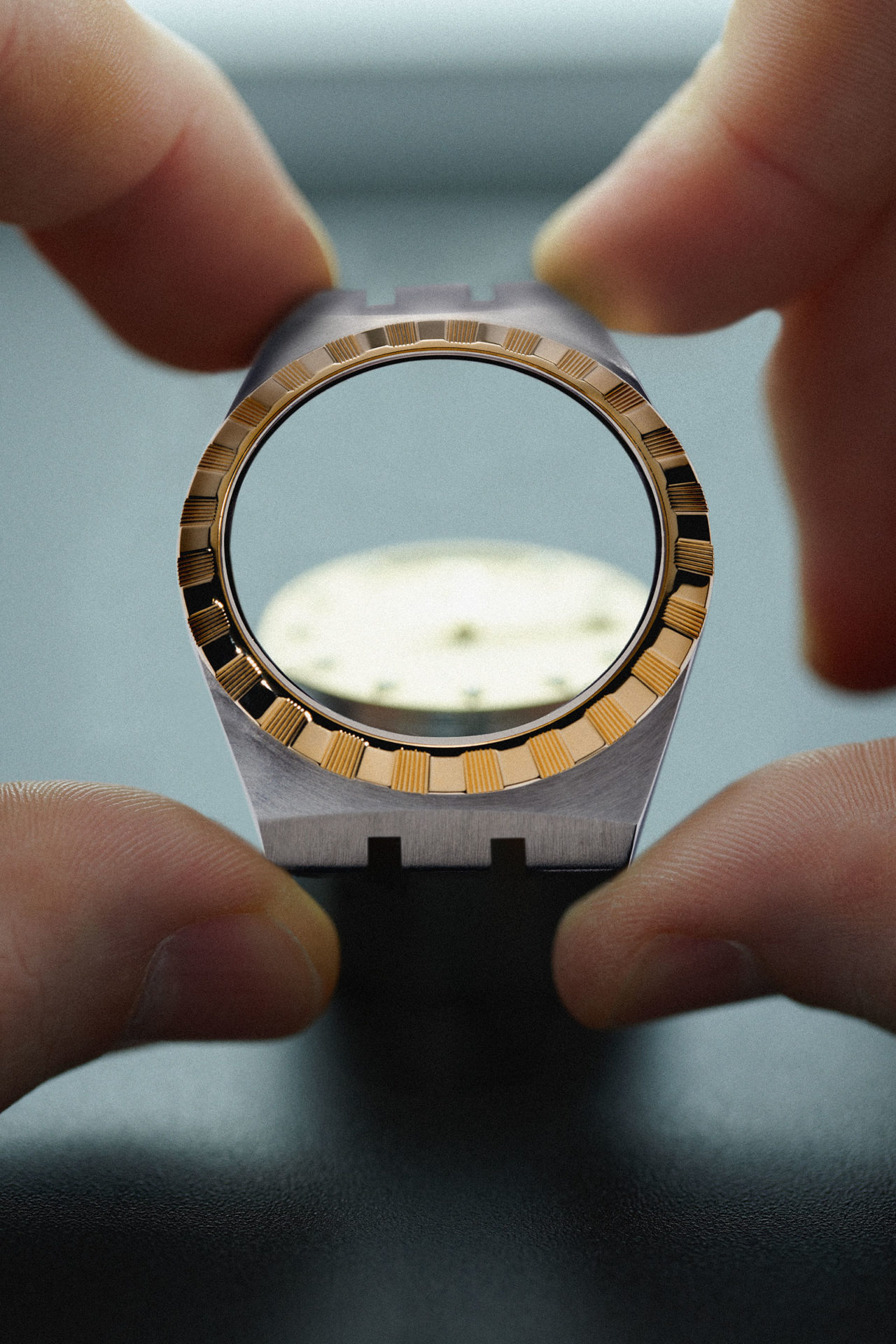 Several dial styles are available, including diamond hour markers and mother of pearl, but all share the same design characterised by baton hands and applied Roman numerals. But only the 41 mm model is offered with the day-date function. 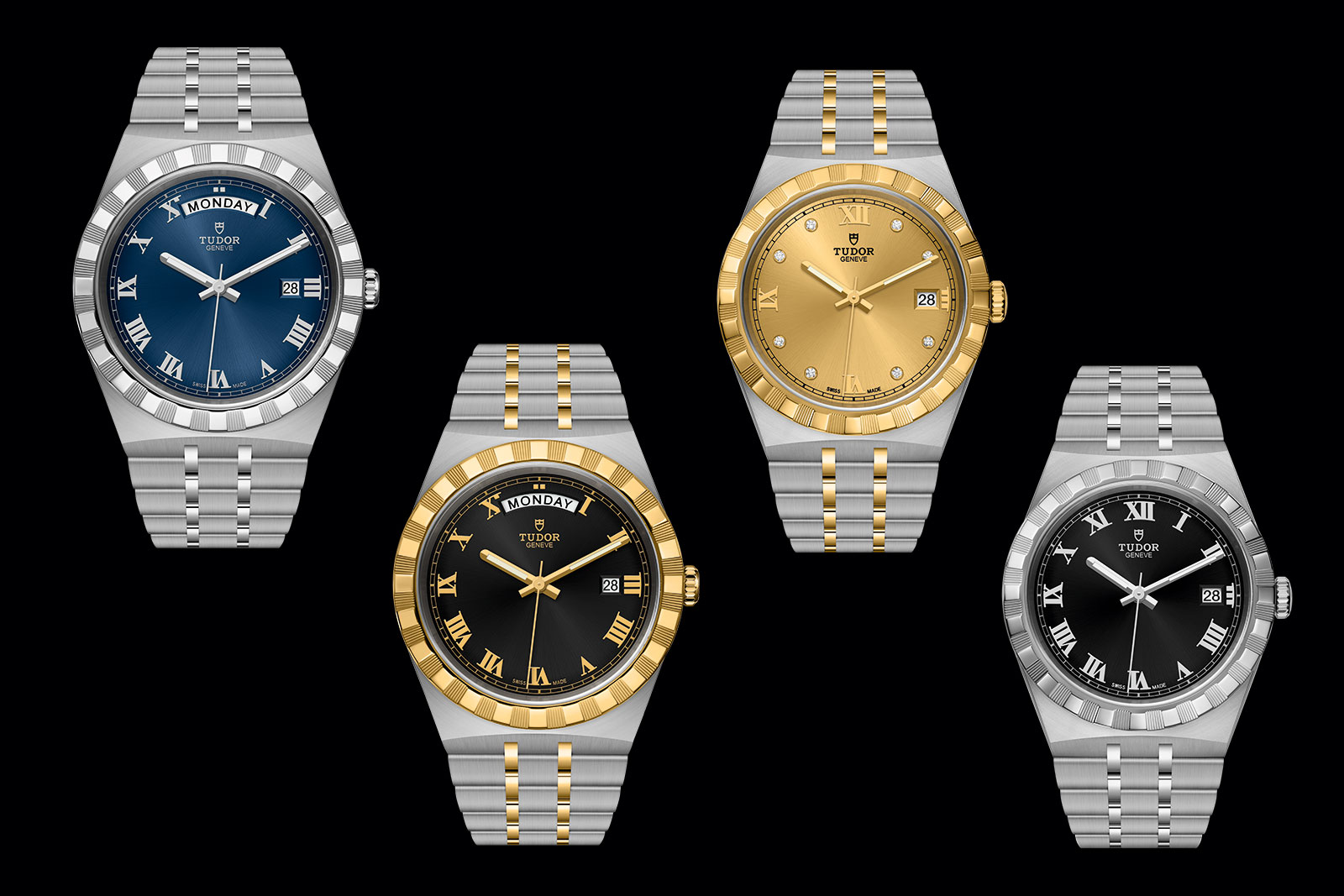 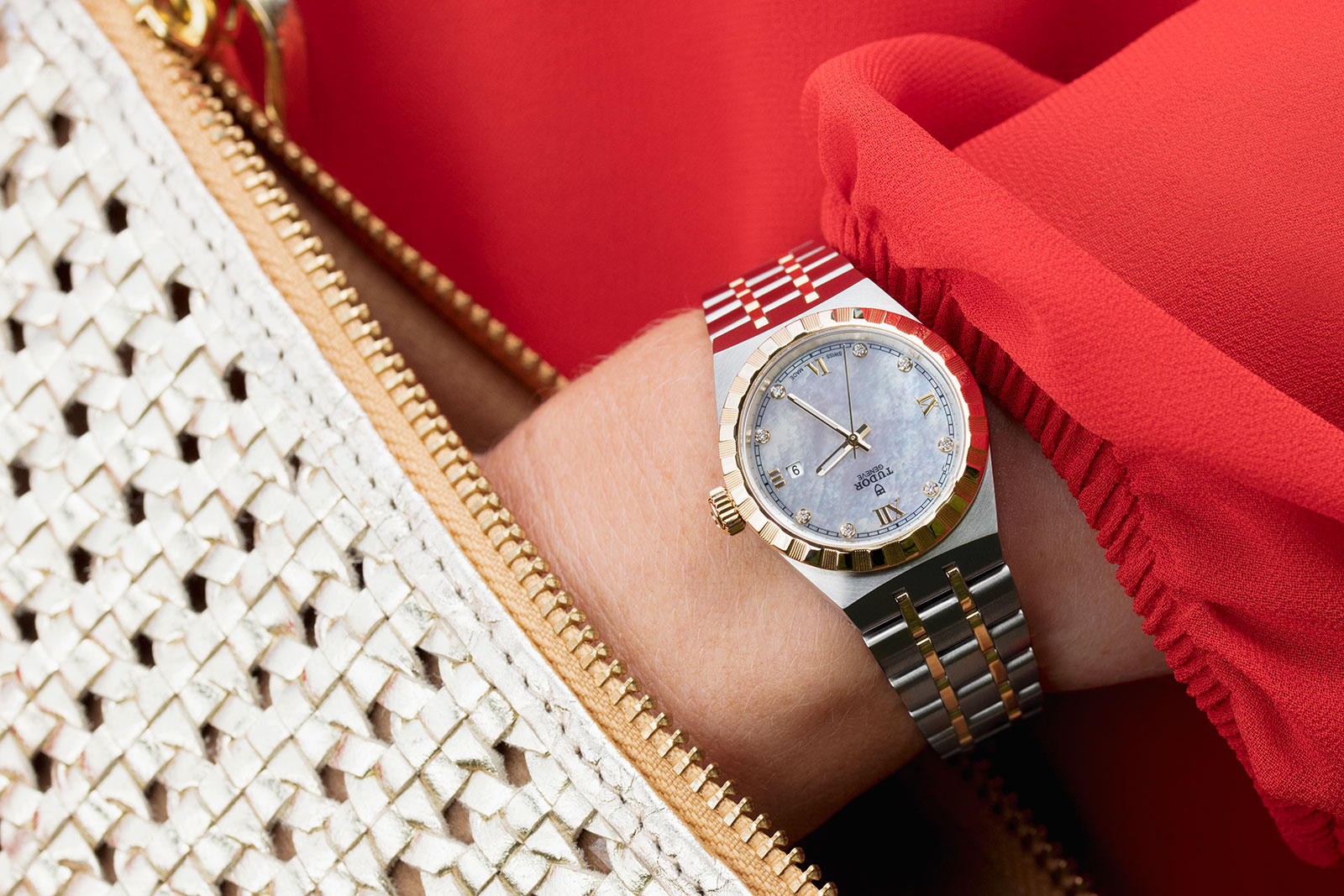 The larger versions are all powered by Sellita movements, while the the smallest 28 mm model is equipped with the ETA 2671. The movements share similar features and construction, including a relatively short 38-hour power reserve, which is probably the most weakness of the watch. In contrast, Tudor’s in-house movements boast a 70-hour power reserve, meaning you can remove the watch for the weekend and still have it running on Monday.

Correction August 15, 2020: Tudor’s in-house movements have a 70-hour power reserve, and not 72 hours as stated in an earlier version of the article.

Addition September 25, 2020: Added the fact that the Royal will be available worldwide starting November.

Addition November 13, 2020: The larger models are powered by Sellita movements, and not ETA calibres.