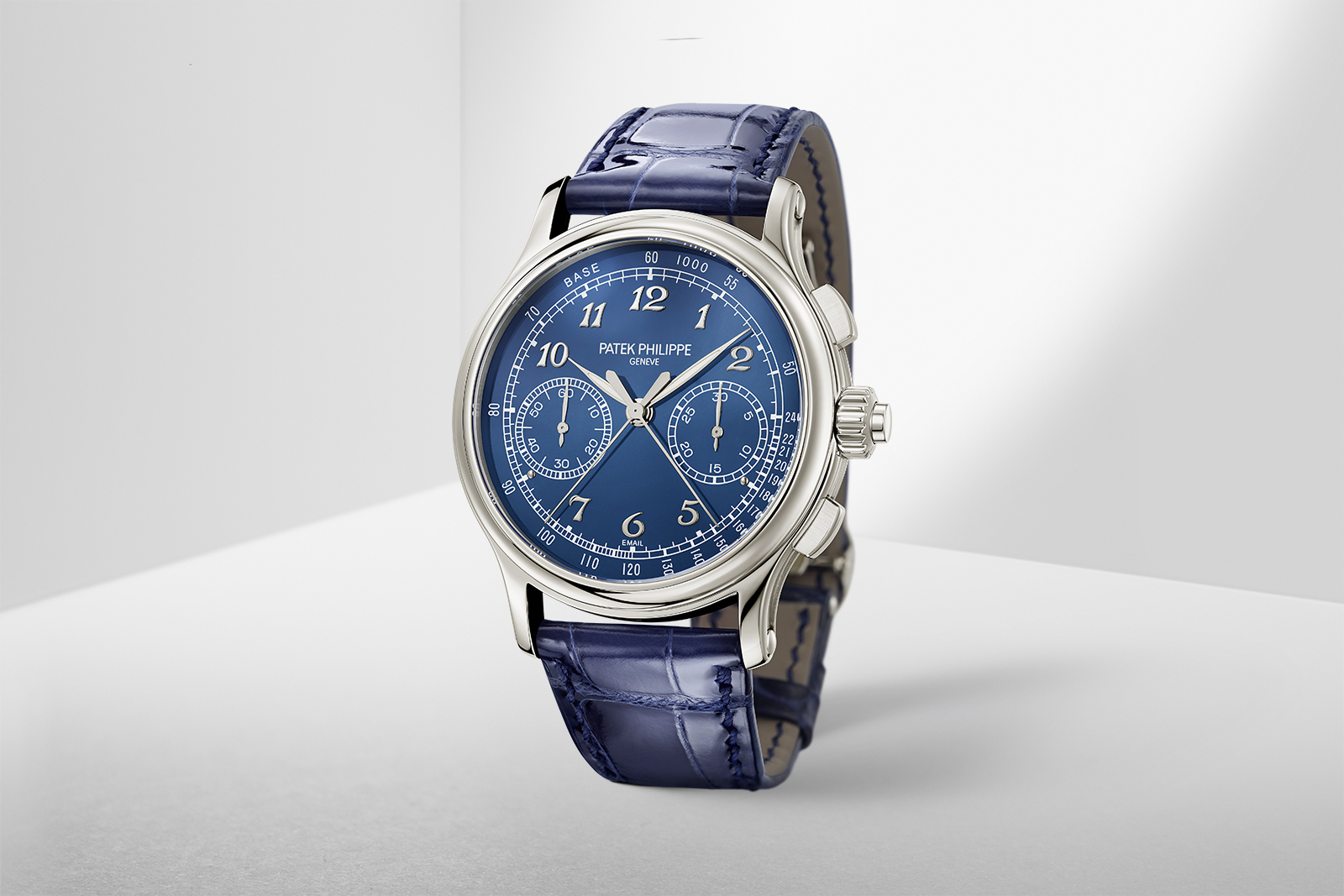 Unveiled in 2015, the ref. 5370P-001 was Patek Philippe’s second split-seconds chronograph powered by an in-house caliber, after the watches equipped the smaller, slimmer, and far more expensive CHR 27-525 movement. With a black grand feu enamel dial featuring Breguet numerals that gave it an eminently classical style, the ref. 5370P was a hit with fans of the brand.

Now the black-dial ref. 5370P has been discontinued and replaced by the Split-Seconds Chronograph Ref. 5370P-011. The new model is identical – with the same CHR 29-535 PS inside a 41 mm platinum case – except for the dial, which is now grand feu enamel in a stunning blue. 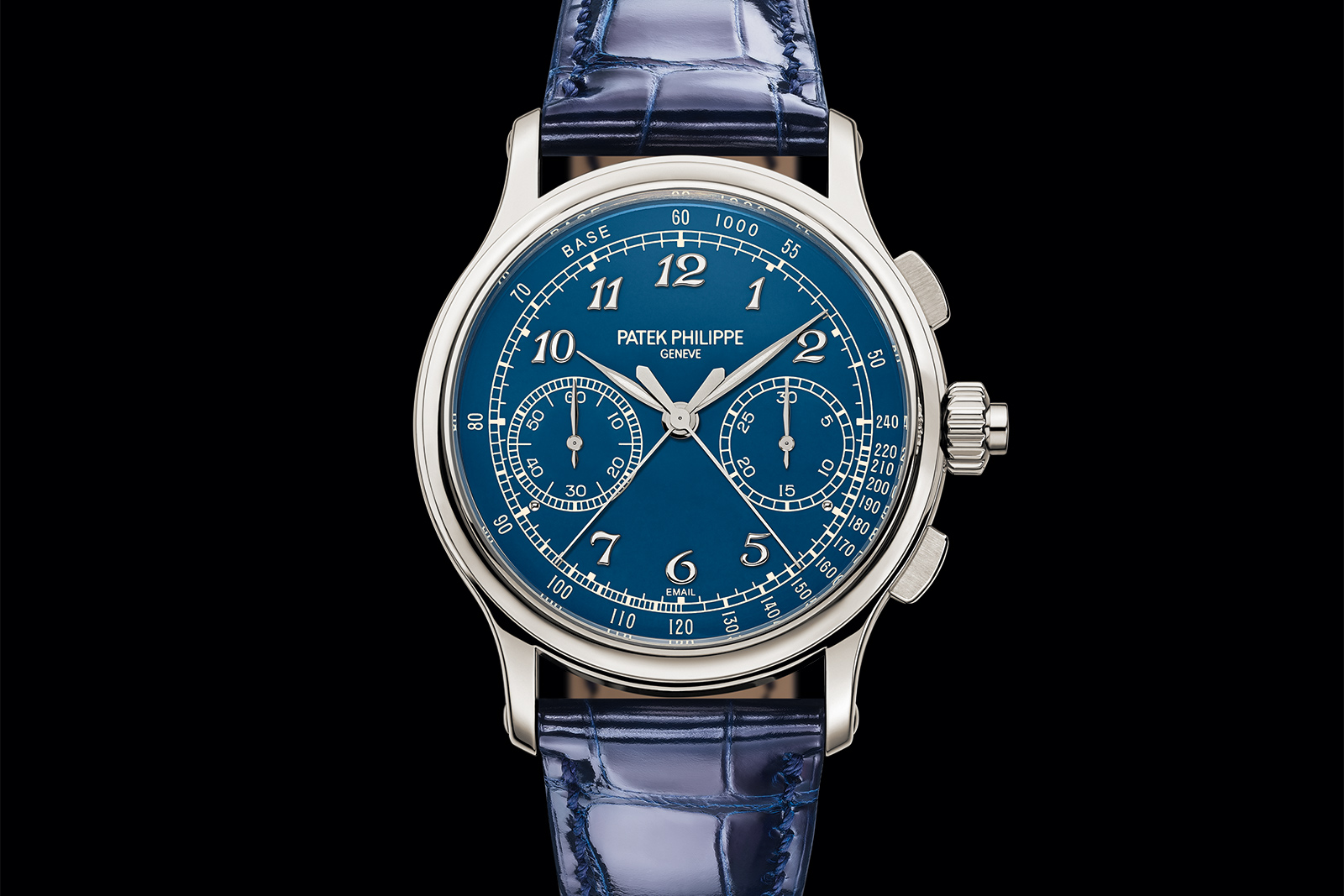 Like many others, I am a huge fan of the 2015 original for its balanced, restrained design that is also eminently legible and clear. As a fan of Patek Philippe’s traditional designs, the watch was also appealing for the design lineage that can be traced to Patek Philippe watches of the mid-20th century.

While the original is compelling for its vintage cues, the new version feels more modern with the blue enamel dial. As a colour that’s been in vogue for a couple of years, the new dial transforms the personality of the watch into one that is more contemporary.

While this facelift will undoubtedly be popular because blue dials are the colour du jour, I still have a preference for the original as the black enamel dial was more understated and in keeping with the brand’s historical designs. 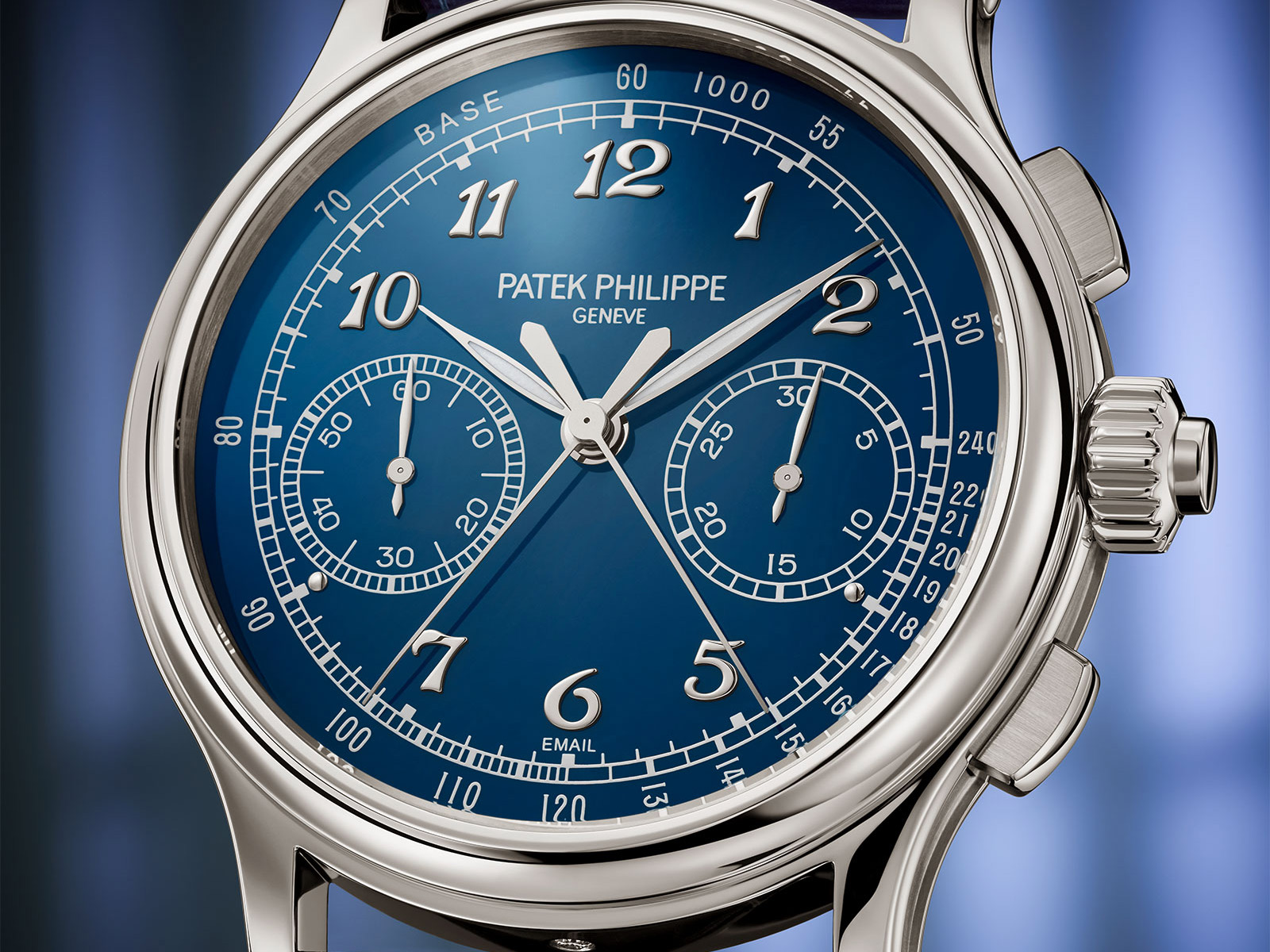 Being identical save for colour as the original ref. 5370P, the blue enamel dial is no doubt executed exquisitely. With the dial base a disc of 18k gold, the dial is painted in vitreous enamel and then fired in an oven to melt the enamel onto the surface, a process that is repeated until the desired colour and thickness are achieved. The resulting grand feu enamel is lustrous in a way that is distinct to enamel.

Once again the dial features applied Breguet numerals in 18k white gold that add depth to the dial. The numerals, along with the feuille, or leaf-shaped, hands add a touch of elegance to what is otherwise a relatively sporty-looking watch. 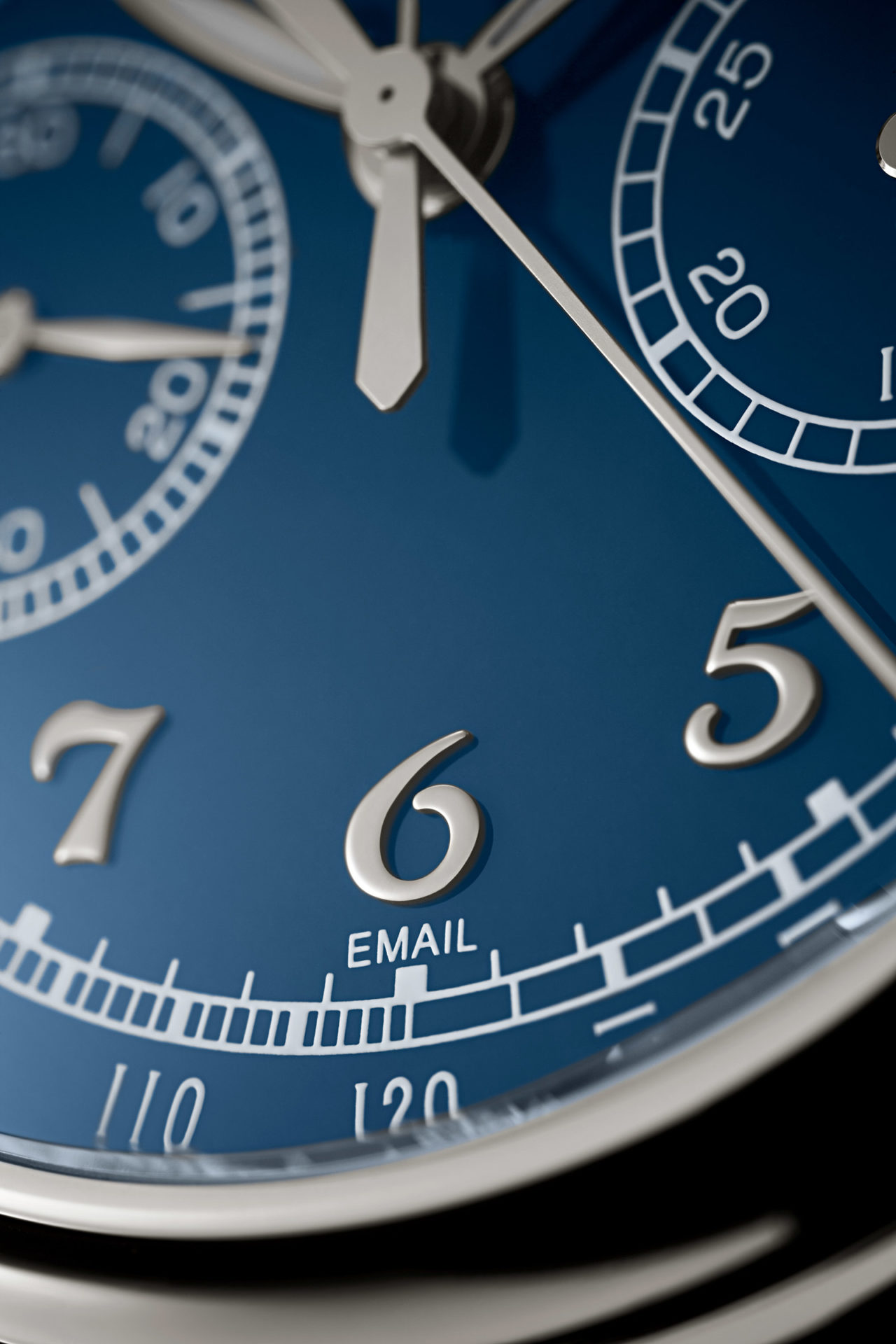 “Email” is French for enamel

With a platinum case measures 41 mm wide and 13.56 mm tall, the ref. 5370P certainly does not wear small, though the shape and details of the case give it a degree of refinement that’s rare in large watches. Though it is similar in size to the Lange Double Split, the ref. 5370P manages to feel smaller.

One helpful element is the concave bezel that makes the watch look smaller than it is. And the case has flanks that are recessed, finished with satin-brushing surrounds by raised polished borders that add visual definition. Also distinctive are the white gold cabochons at end of each lug. 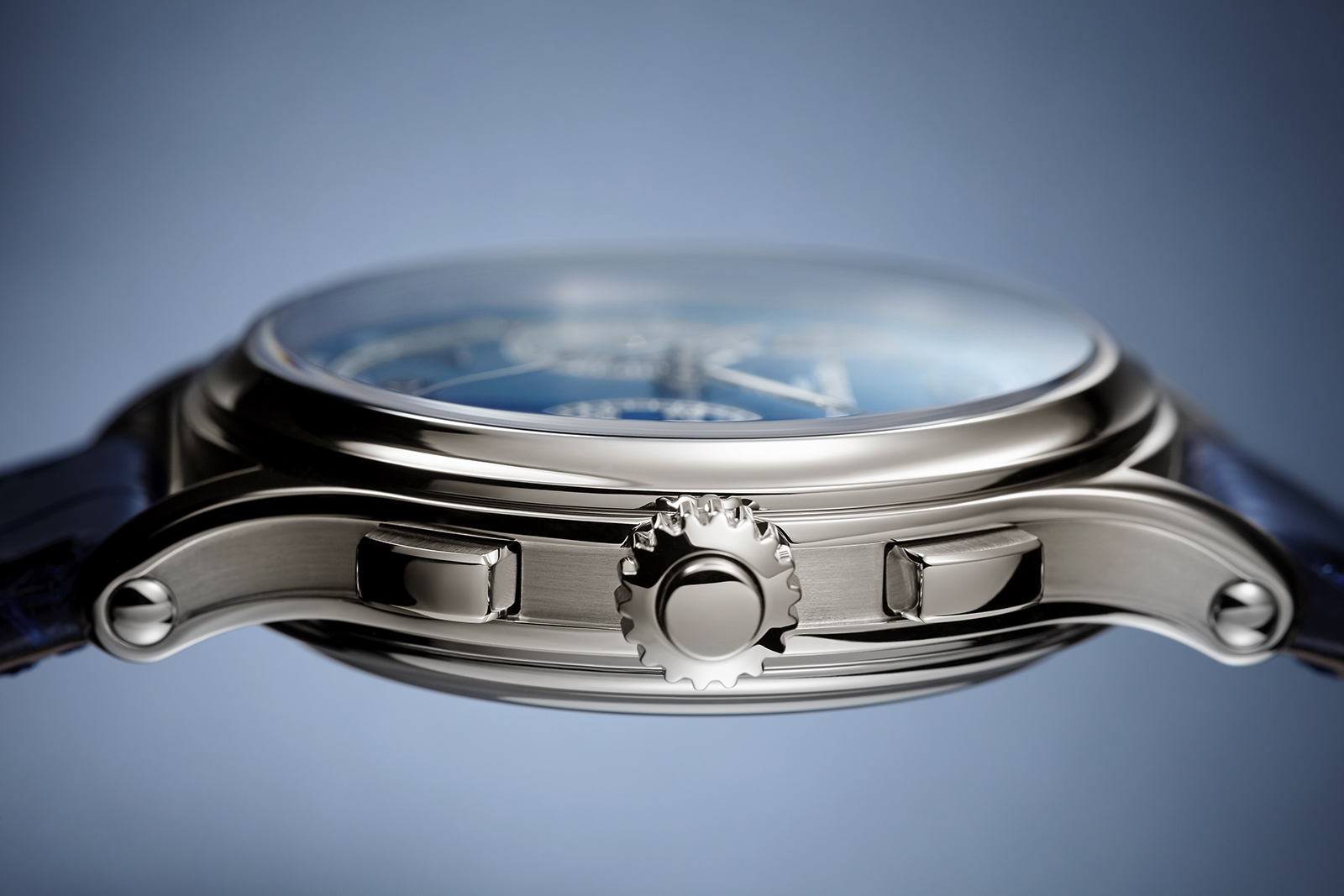 Turn the watch around and you’ll be greeted by the CHR 29-535 PS that’s captivating in its visual intricacy and depth. The is based on the CH 27 found in the ref. 5170 and ref. 5172 but with a split-seconds mechanism added on. 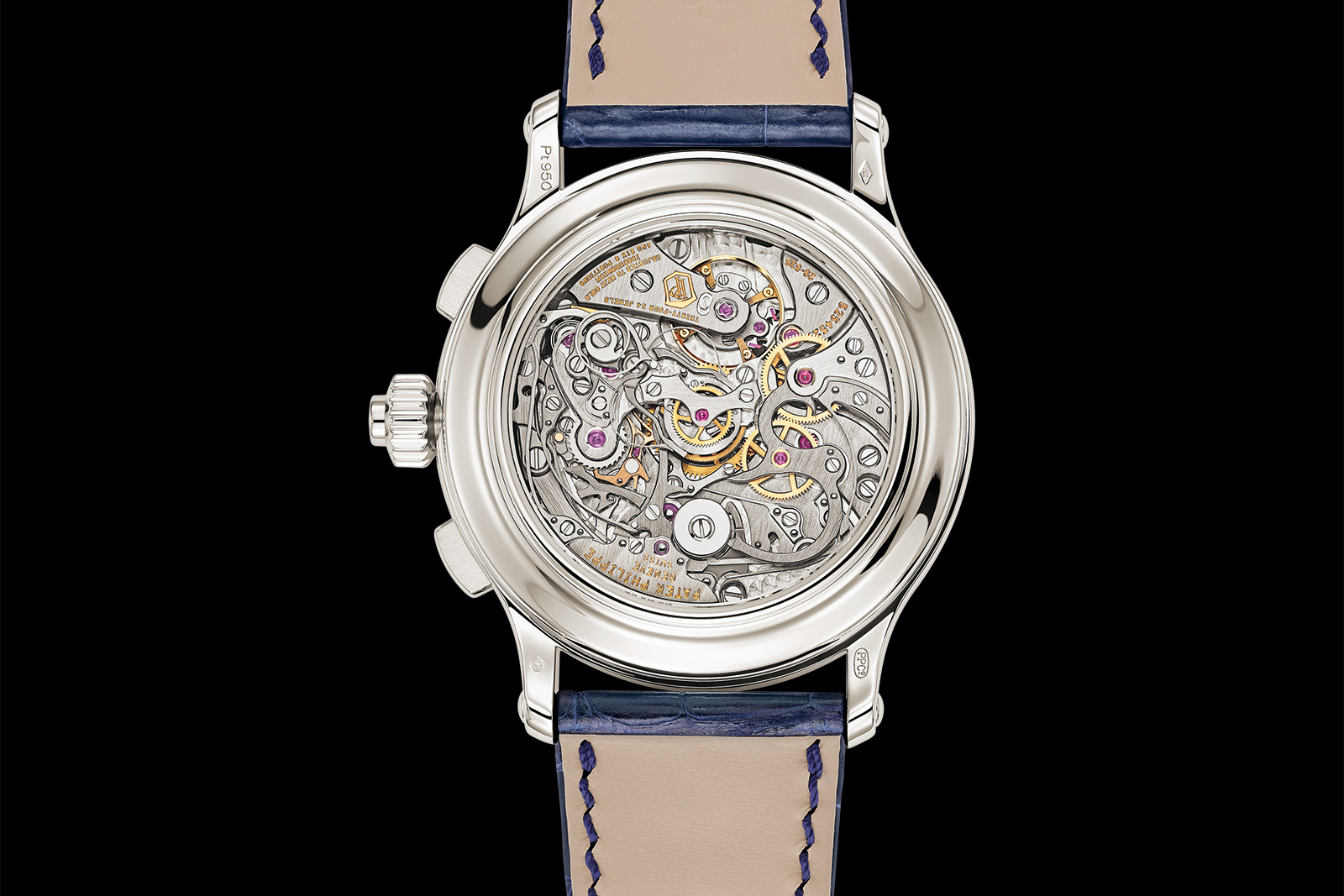 Equipped with a column wheel and a horizontal clutch, the split-seconds chronograph is one of the most sophisticated complications. It can record two elapsed times of up to a minute, which means it can record the lap times of simultaneous moving objects, or two consecutive lap times.

The finishing of the CHR 29-535 is superb with all details attended to. The decoration is not to the same level as the CHR 27-525, but the latter costs almost twice as much.

The movement has also been designed in an attractive manner, with slim and finely shaped levers for the chronograph mechanism, which add to its refined aesthetic. The highlight is the split-seconds mechanism in the middle of the movement that sits under a sharply-shaped bridge. 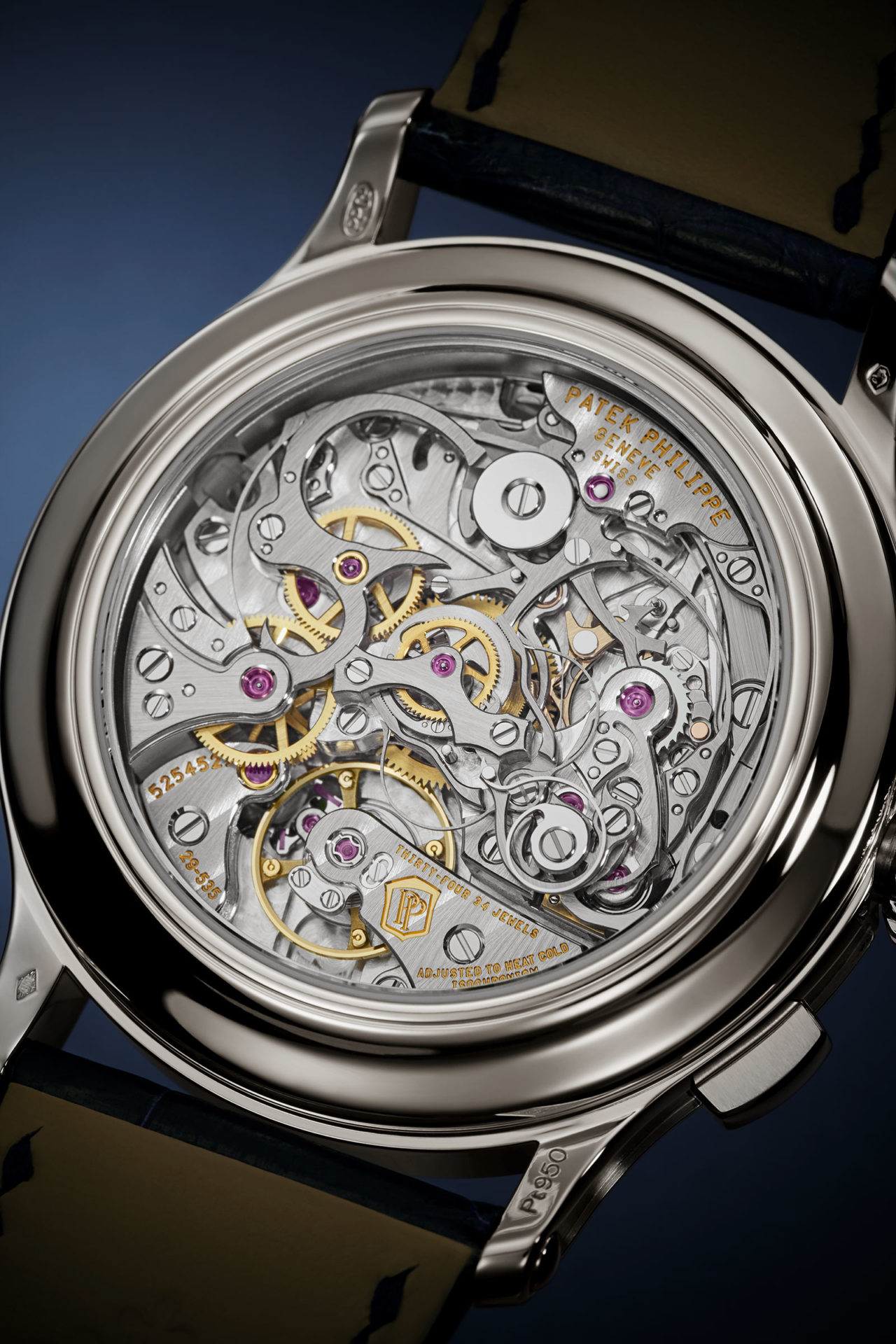