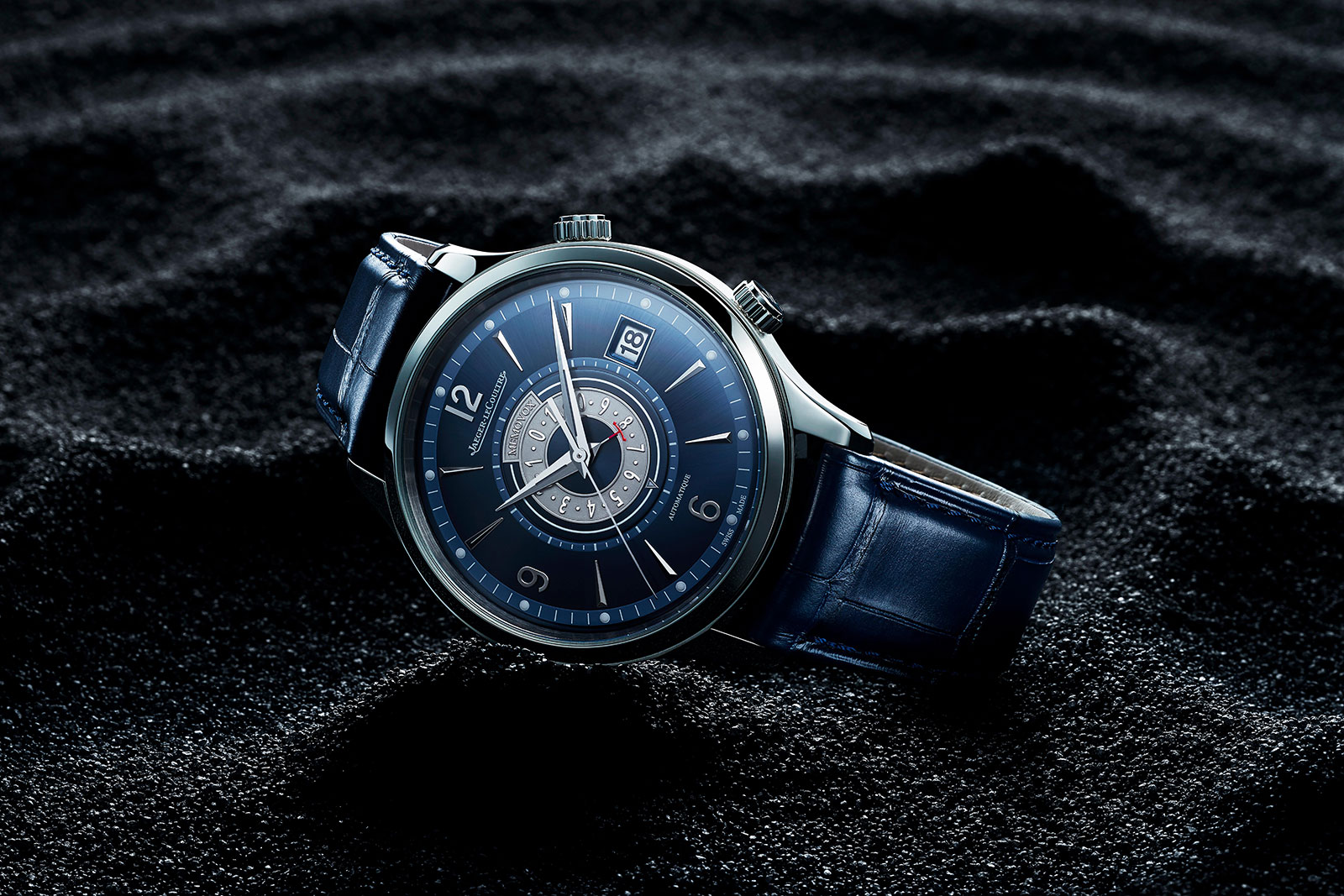 Both are powered by the same base movement, but the limited-edition Memovox Timer features an additional countdown function for the alarm. 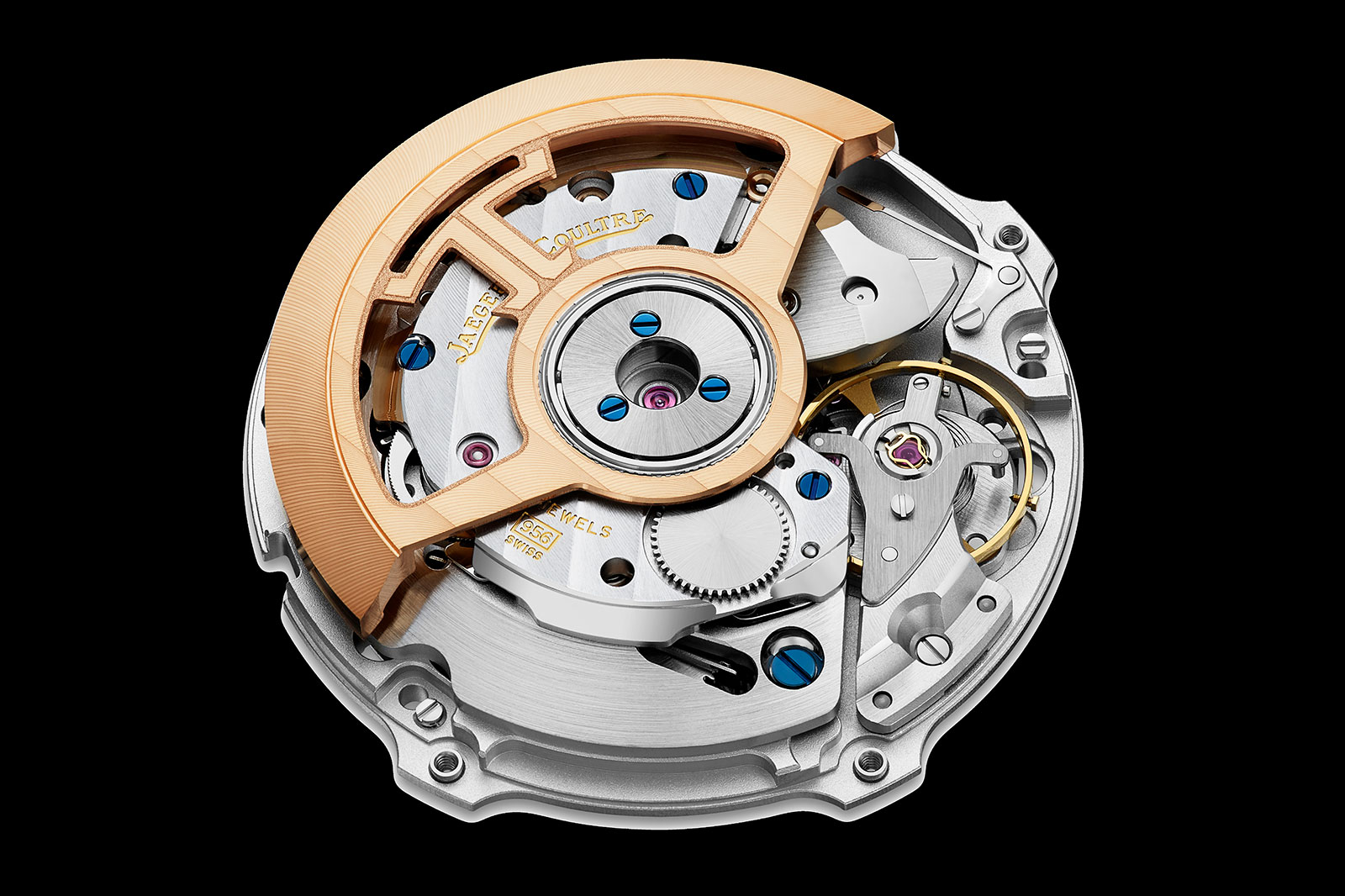 The cal. 956 with an open-worked, pink gold rotor

The base-model Master Control Memovox looks just like the Memovox of 20 years ago, and it is a good look. Now the case finishing has been upgraded, as has the movement – which is now visible through a display back – creating a tidy package that’s just right. And price-wise the new model is comparable to recent JLC alarm watches, which is fair, albeit still a bit pricey.

A little bit more funky and countdown scale in relief, the Master Control Memovox Timer is a lot more expensive, almost 35% more expensive than the base model. It does have an added countdown function to go along with the fancier dial, but it is too expensive.

The Master Control Memovox is a moderate 40 mm in diameter, though fairly thick at 12.39 mm, a necessary consequence of the movement. Compared to its namesake watch of the 1990s, the case has grown slightly larger, but more importantly has an improve finish. It features contrasting polished and brushed finished on the tops and sides respectively, separated by a polished bevel.

And though larger, the dial still has good proportions, with the date window and rotating alarm disc well positioned relative to everything else.

Functionally it’s straightforward: the four o’clock crown is for winding and setting the movement, while the other is for the alarm and date. The crown at two o’clock winds the secondary spring that powers the alarm, and in its second position, sets the alarm time, as well as the quickset. 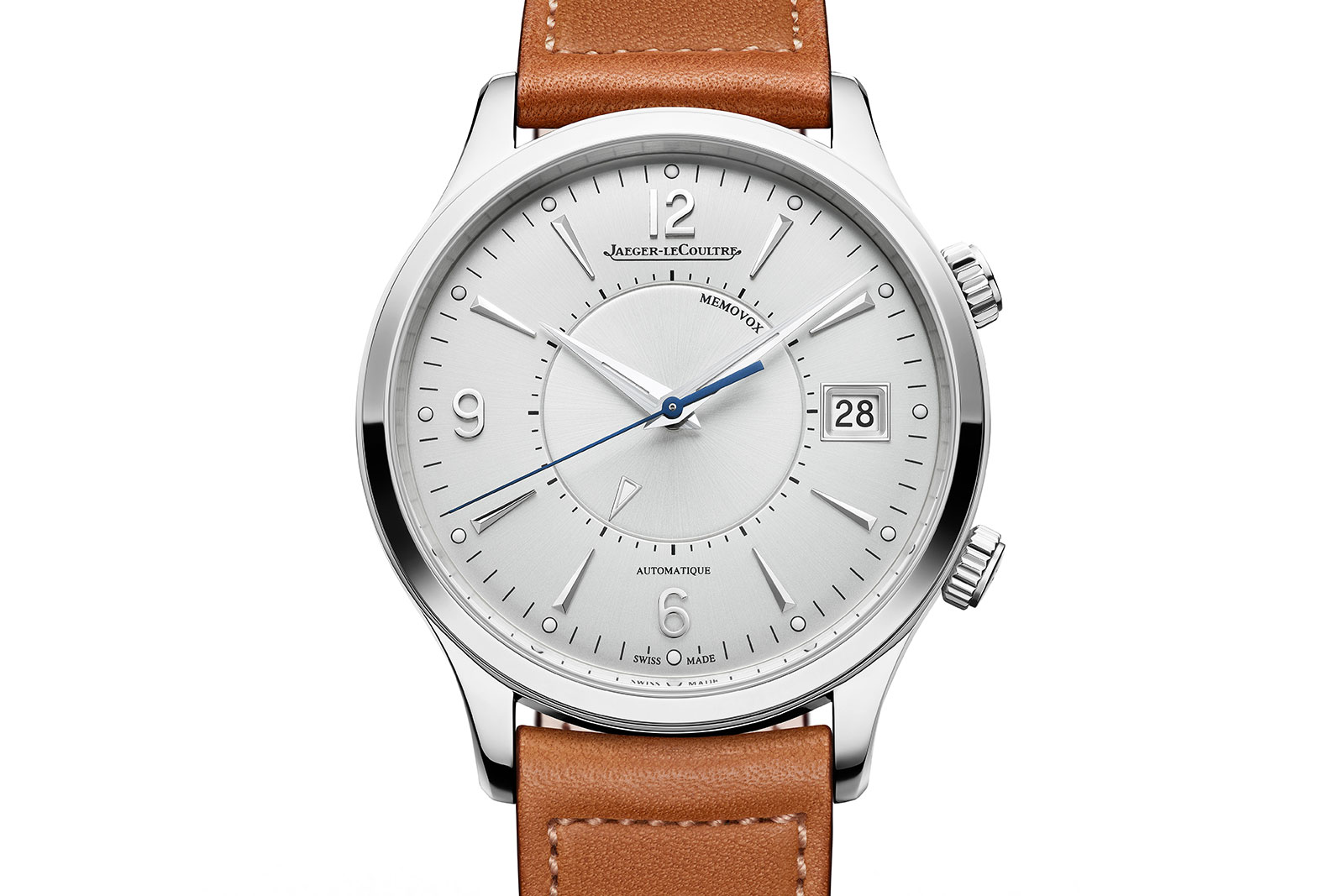 It’s powered by the cal. 956, which is descended from the cal. 916 of the late 1960s. Over the years the movement had been upgraded into several iterations, though the basic architecture remains recognisable.

The latest cal. 956, however, is the first JLC alarm movement visible through a sapphire back. That’s possible because the alarm’s gong (essentially a small, flat metal ring) is now mounted on the inner wall of the case, whereas in the past it was attached to the inside of the case back. 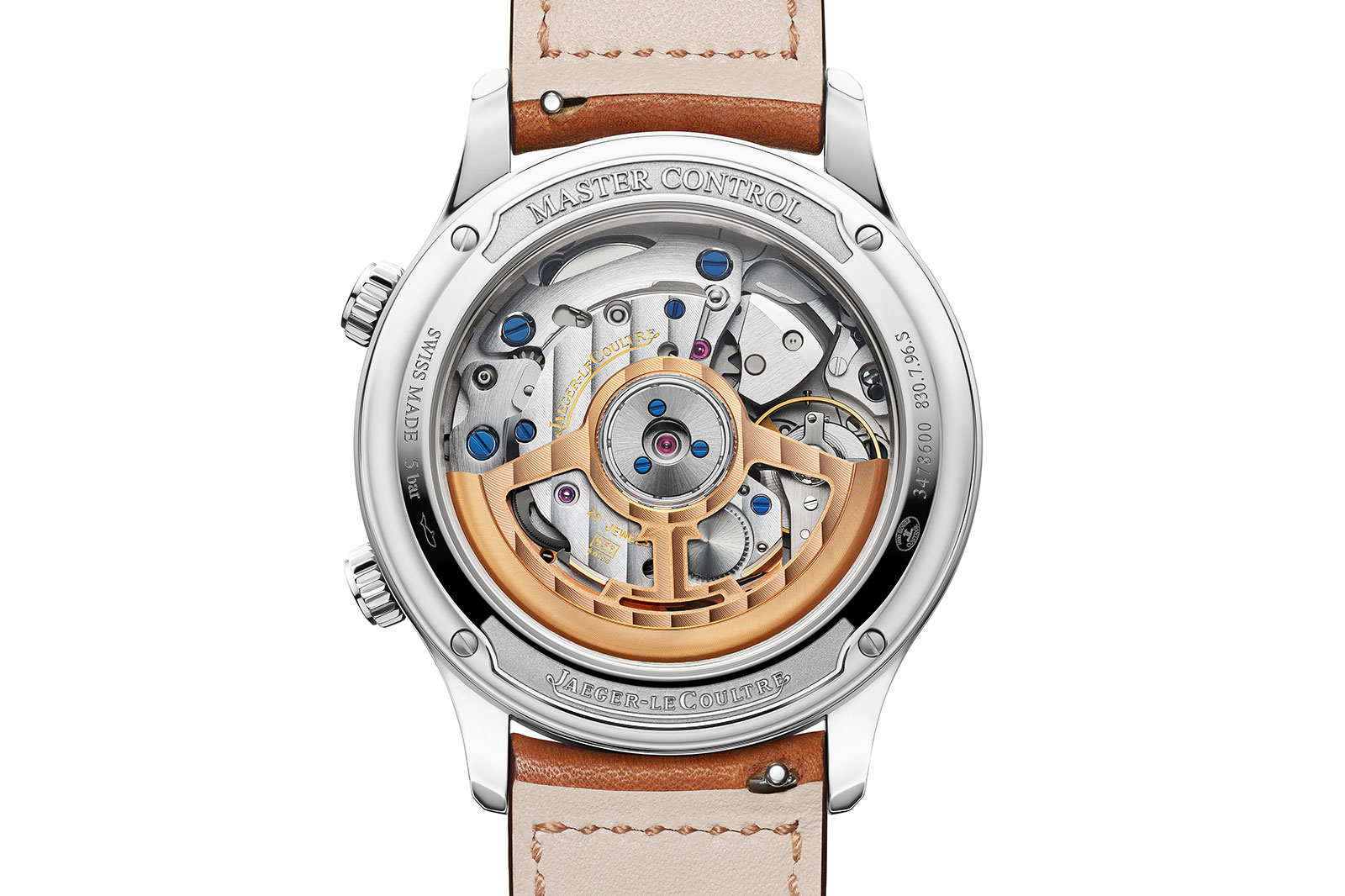 The first open back on a Memovox

Despite the upgrades, the fundamental function of the alarm remains the same: a vibrating hammer repeated strikes the gong, creating a metallic, vibrating ringing. 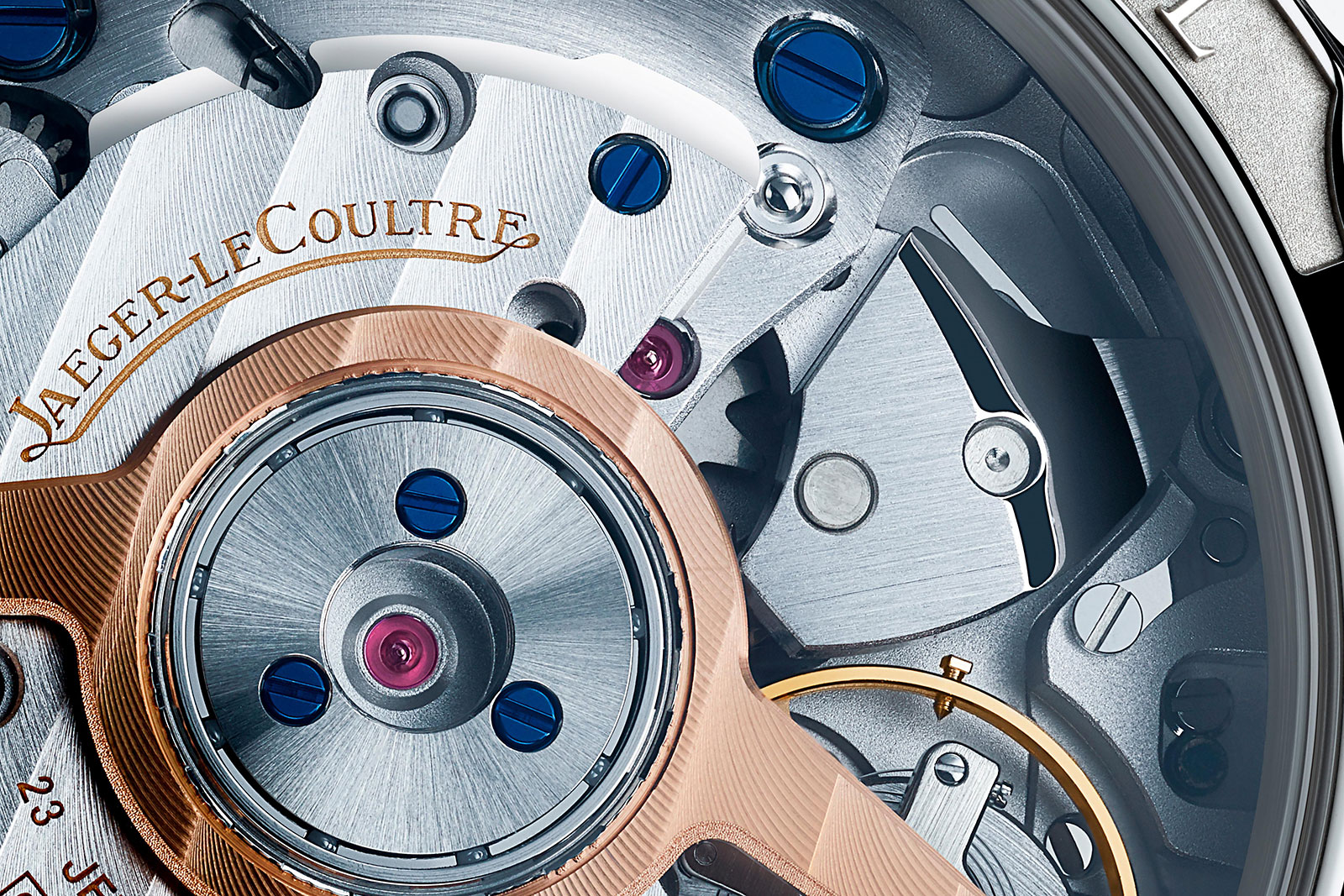 Limited to 250 pieces and available only at boutiques, the Master Control Memovox Timer is essentially identical, with the same case and basic functions. But it has been endowed with a two-tone blue dial, with a central alarm scale featuring polished, relief numbers against a frosted surface.. 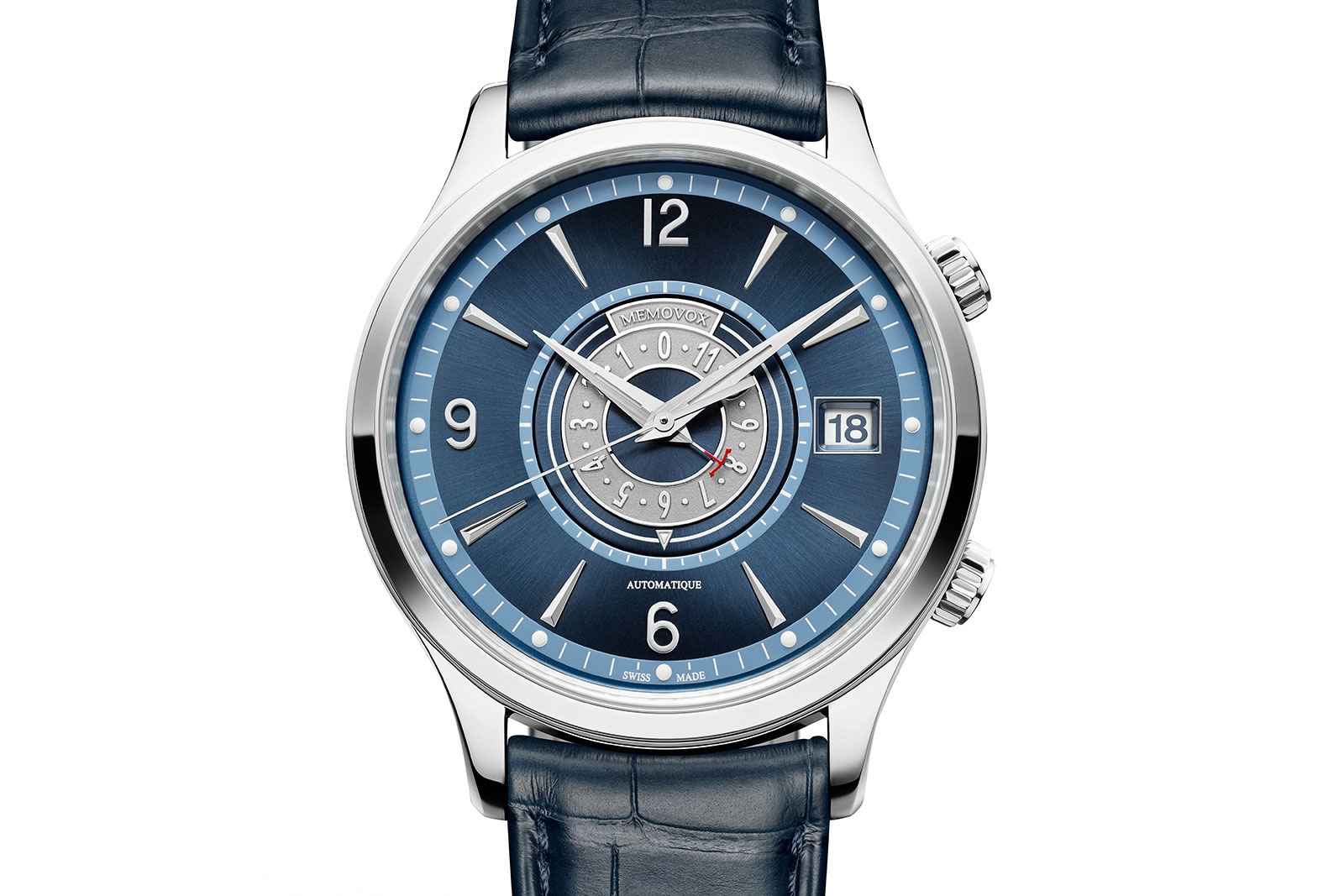 Besides the facelift, it also has an extra complication. Along with the standard rotating alarm scale to set the time of the alarm, it also features a red hand in the shape of the JLC logo.

The red hand is for the countdown function – it points to the period of time that will elapse until the alarm sounds. It’s nifty, but not earth-shattering, and results in a substantially more expensive watch, making it difficult to swallow despite the extras. 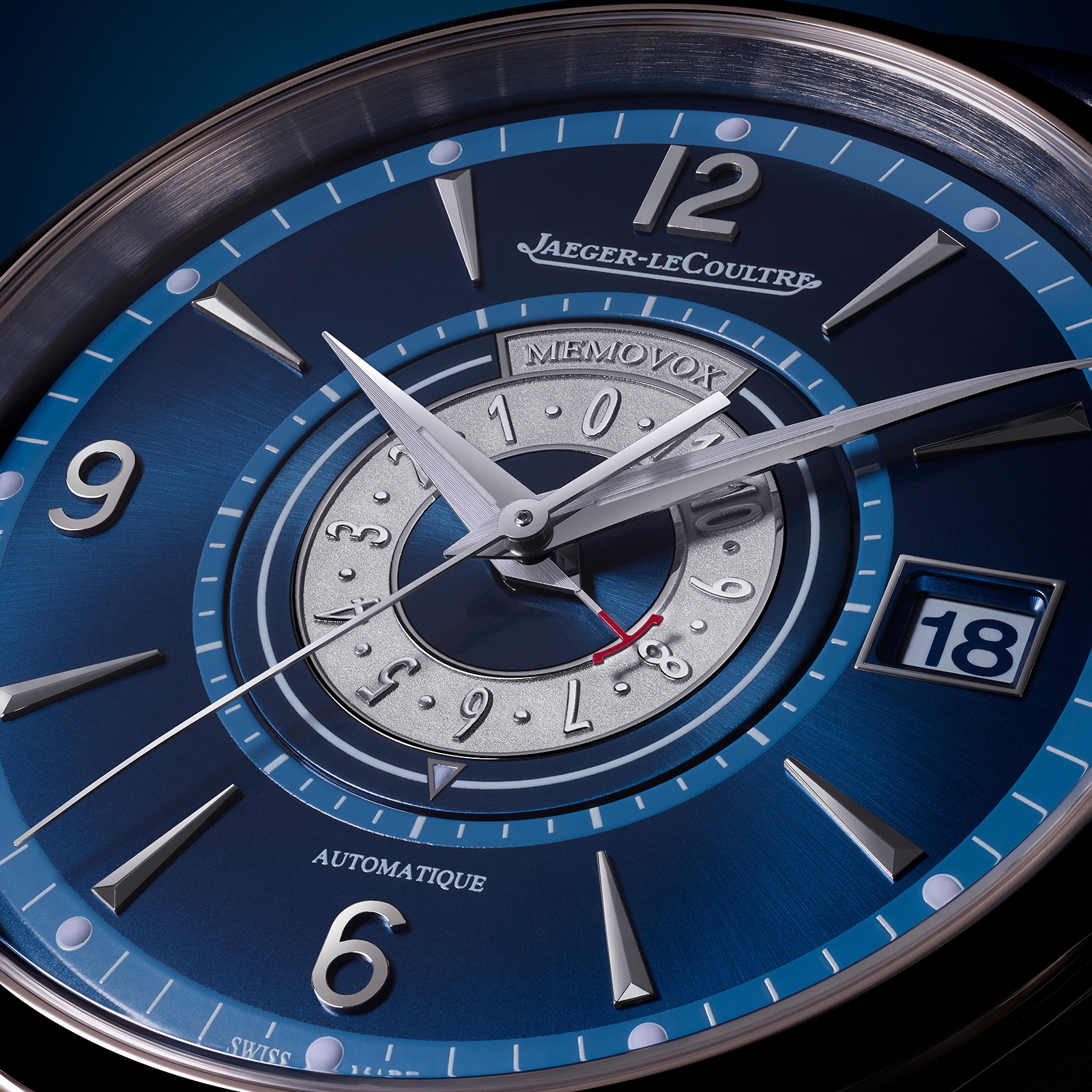 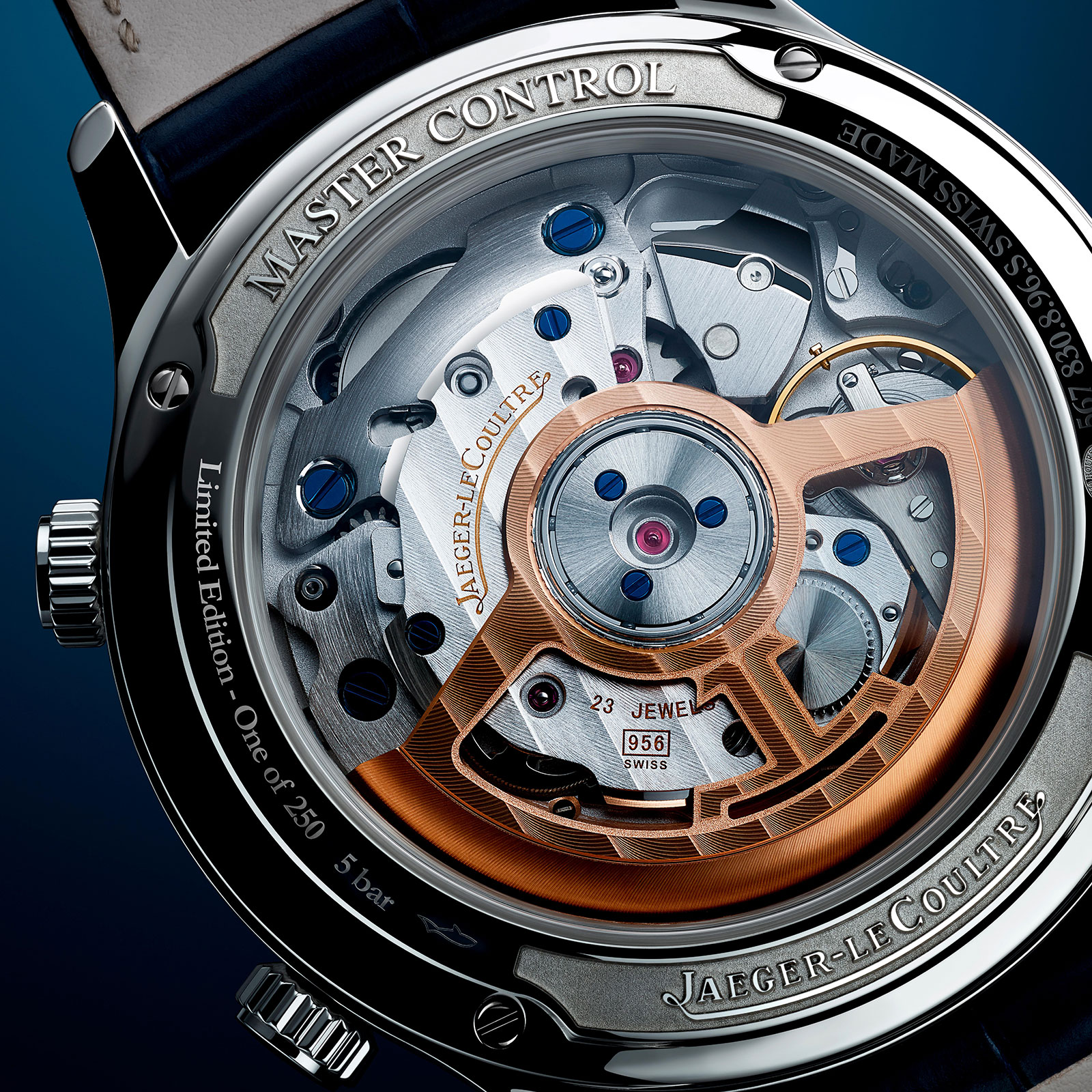