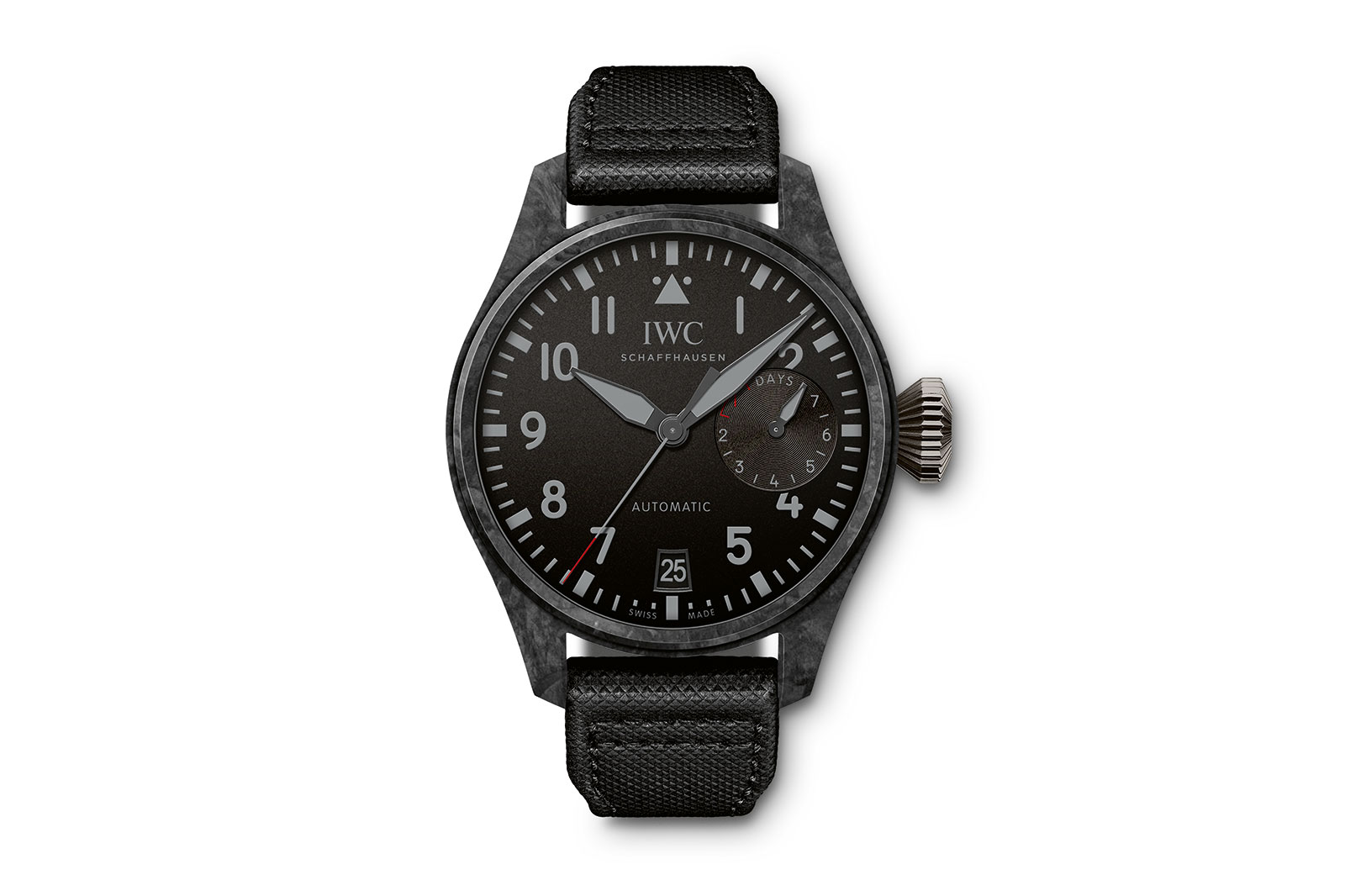 Last month IWC premiered a limited edition that has all the qualities of a hit: a bestselling classic in an exotic material, made in a very small run – and also incorporating nerdy, collector-oriented details. Instead, the IWC Big Pilot’s Watch Edition Black Carbon was debuted quietly, delivered to clients, and pretty much went unnoticed around the world.

The first ever Big Pilot with a carbon fibre composite case, the Big Pilot Black Carbon has a black dial with grey hands and markings, replicating the colour of the composite case. It’s livened up by red accents on the power reserve indicator and seconds hand (and also the date disc, for a small number of special watches, more on that below). 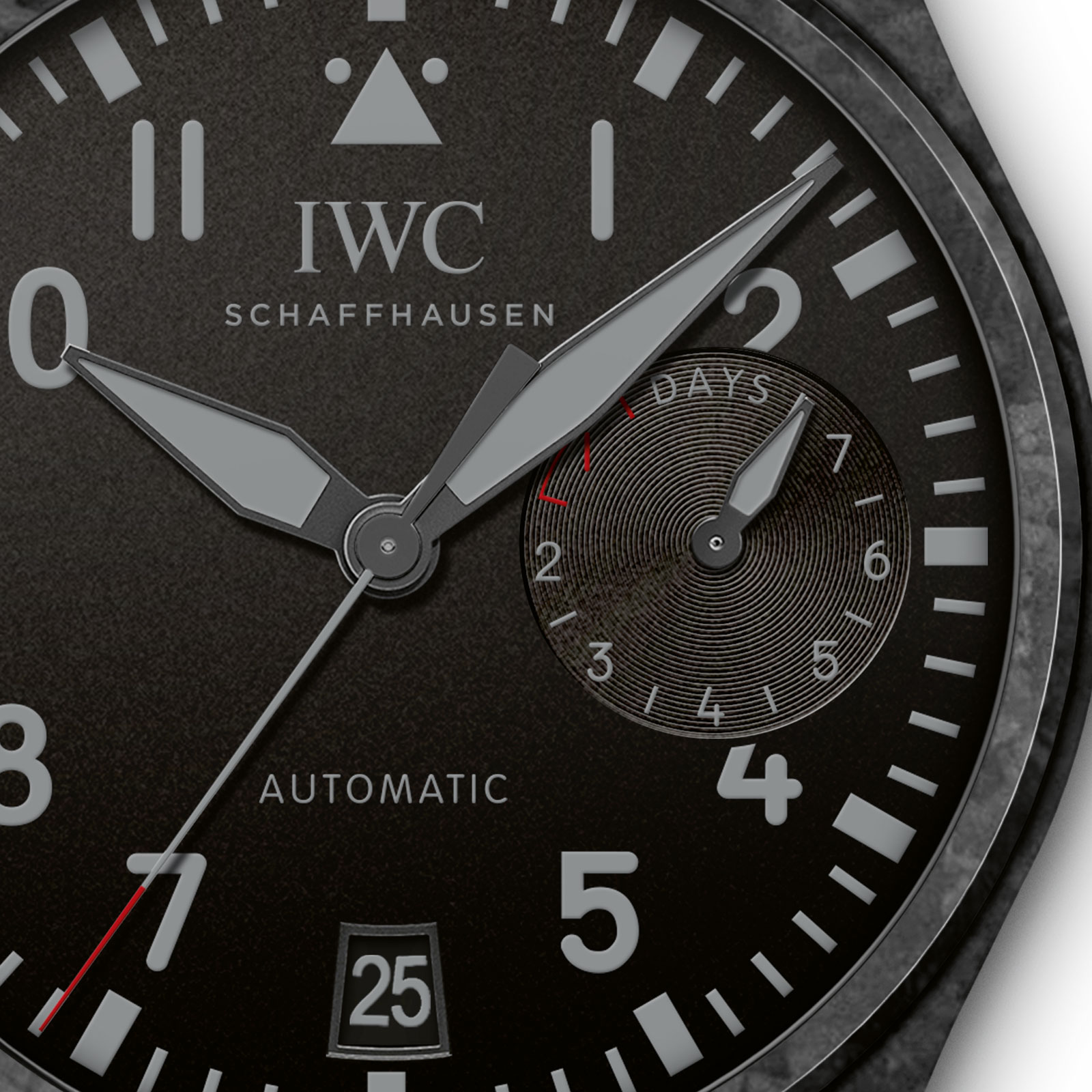 More unusually, the Big Pilot Black Carbon has a “fish” crown – the oversized, onion-shaped winding crown has a stylised fish logo on its top. Despite being a seemingly trivial detail, the “fish” crown is dear to IWC enthusiasts, being a memorable element from IWC’s 20th century history – one many collectors regard as a golden age.

This happened sometime in 2006, first with a “transitional” ref. 5002 that was equipped with the new cal. 51110 and “Probus Scafusia” crown, and soon after with the all-new ref. 5004 with both new movement and crown. 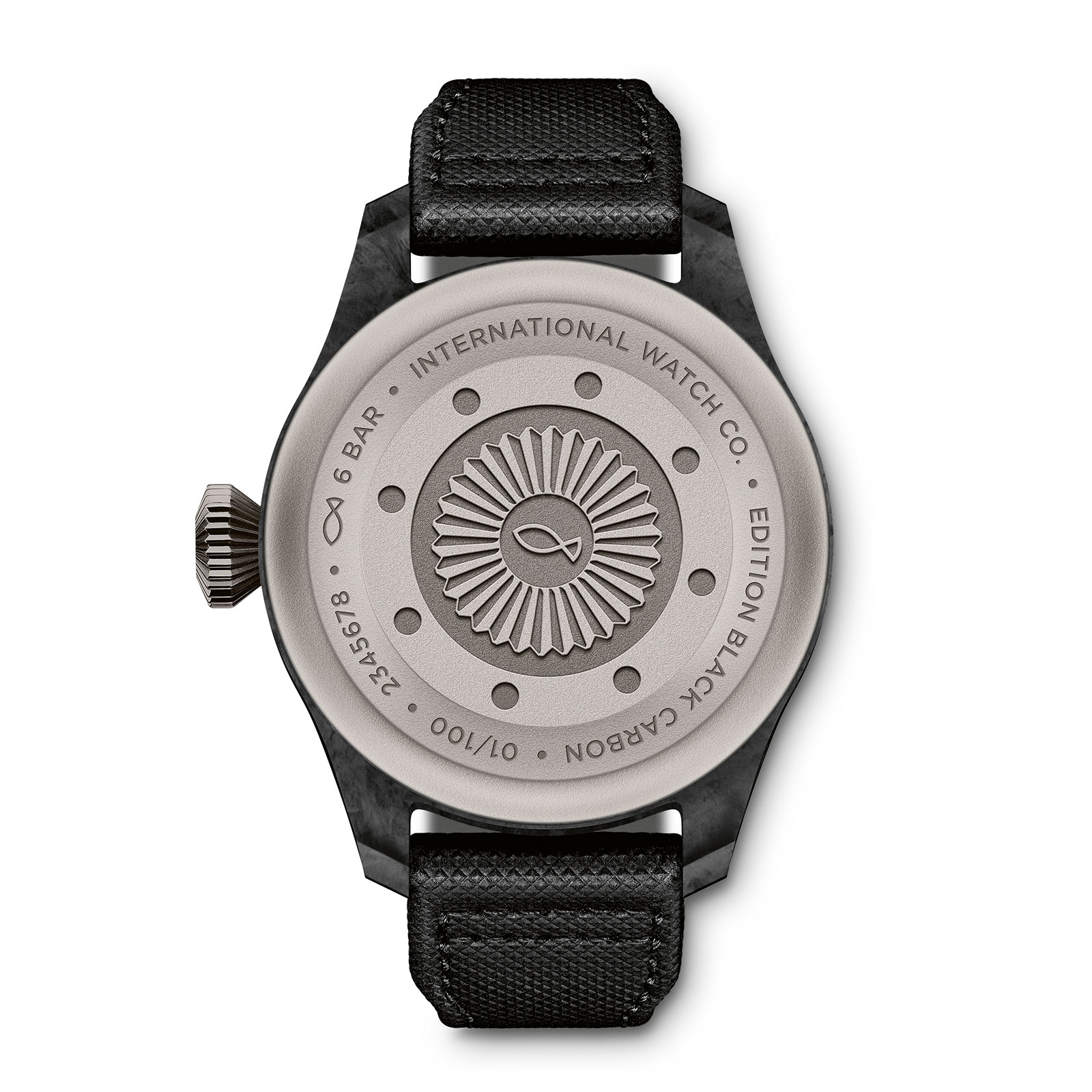 In the vast library of Big Pilot editions – and there are many – the Big Pilot Black Carbon ranks up there as one of the coolest. So what explains the under-the-radar launch?

Firstly, it has to be noted that IWC itself has absolutely nothing to say officially about the creation and launch of the Big Pilot Black Carbon. But the backstory is well known amongst those who were involved, and some of it has already been detailed on social media.

The genesis of the watch was formed at an IWC “design workshop” that took place in October 2018. It was attended by many of the city’s leading IWC collectors – including a gentleman who is reputedly the biggest collector of Big Pilot’s Watches in the world – who got the ball rolling for limited edition exclusively for Hong Kong.

Over the course of the following year, the group of enthusiasts refined the idea, which was eventually given the go-ahead by IWC. But as that was happening, protests and civil unrest engulfed Hong Kong, followed by the COVID-19 coronavirus outbreak in early 2020.

Launching a luxury wristwatch dedicated to a city that undergoing near-constant turmoil became untenable, so the Hong Kong aspect of the edition was shelved and the 100-piece run was renamed.

Despite the name change, the origins of the limited edition were not forgotten and live on in a small number of watches. Fourteen watches were reserved for the participants of the design workshop that gave birth to the idea. Delivered in a commemorative box with a NATO-style strap only for the 14, these watches are identical to the standard versions save for one special detail: the “10” on the date wheel is in bright red, a reference to the 10th anniversary of the IWC flagship boutique in Hong Kong that opened in 2009.