Auction catalogues often offer early 20th century pocket watches of impressive, refined quality that bear the names of unfamiliar Geneva firms. Amongst the most prominent are Agassiz, Ed. Koehn, Haas Neveux, and Touchon. Despite their obscurity now, these brands were once amongst the best in the world – arguably the equals of Patek Philippe or Vacheron Constantin, producing or retailing highly complicated and extra-thin timepieces.

All of them, save for one, are now defunct and long forgotten. In fact, most went under long before the Quartz Crisis. A single name has survived and prospered while remaining a family business, by evolving its business over the centuries – Golay Fils & Stahl.

As an avid reader of auction catalogues, I had come across Golay Fils & Stahl on several occasions, and the name stayed with me because of the high quality of firm’s pocket watches (Haas Neveux being another).

Then in November 2019, Phillips sold the Patek Philippe ref. 3652 minute-repeating wristwatch. Not only was the watch relatively recent, having been made in 1985, it was a unique reference powered by a reworked vintage movement – and signed “Golay Fils & Stahl” on the dial. Few retailers get their name on modern Patek Philippe watches, let alone a one-off, custom timepiece. It piqued my curiosity.

By sheer chance that curiosity was satisfied when Melissa Wolfgang Amenc got in touch after seeing my article on the ref. 3652.

Ms Amenc is the daughter of the current owner of Golay Fils & Stahl, Jesse Wolfgang, the very gentleman who commissioned the ref. 3652 in 1985, when the firm was still a retailer of Patek Philippe. She revealed that the movement inside the ref. 3652 was originally a homeless, 19th century movement once destined for a Golay Fils & Stahl pendant watch.

Now a director of Golay Fils & Stahl and a gemologist by training, Ms Amenc let me visit the company’s premises in Geneva and explained the fascinating story of the company.

Frequent visitors to Geneva will realise that Golay Fils & Stahl is a familiar sight, literally. The company name is in large blue letters on the roof of the five-storey building next to the Four Seasons Hotels des Bergues, an old-school grand hotel that opened in 1834. Golay Fils & Stahl has been at that address, Place des Bergues 1, for almost 200 years. And like much else in Geneva, both the hotel and surrounding buildings look pretty much as they did when the Golays first set up shop there. 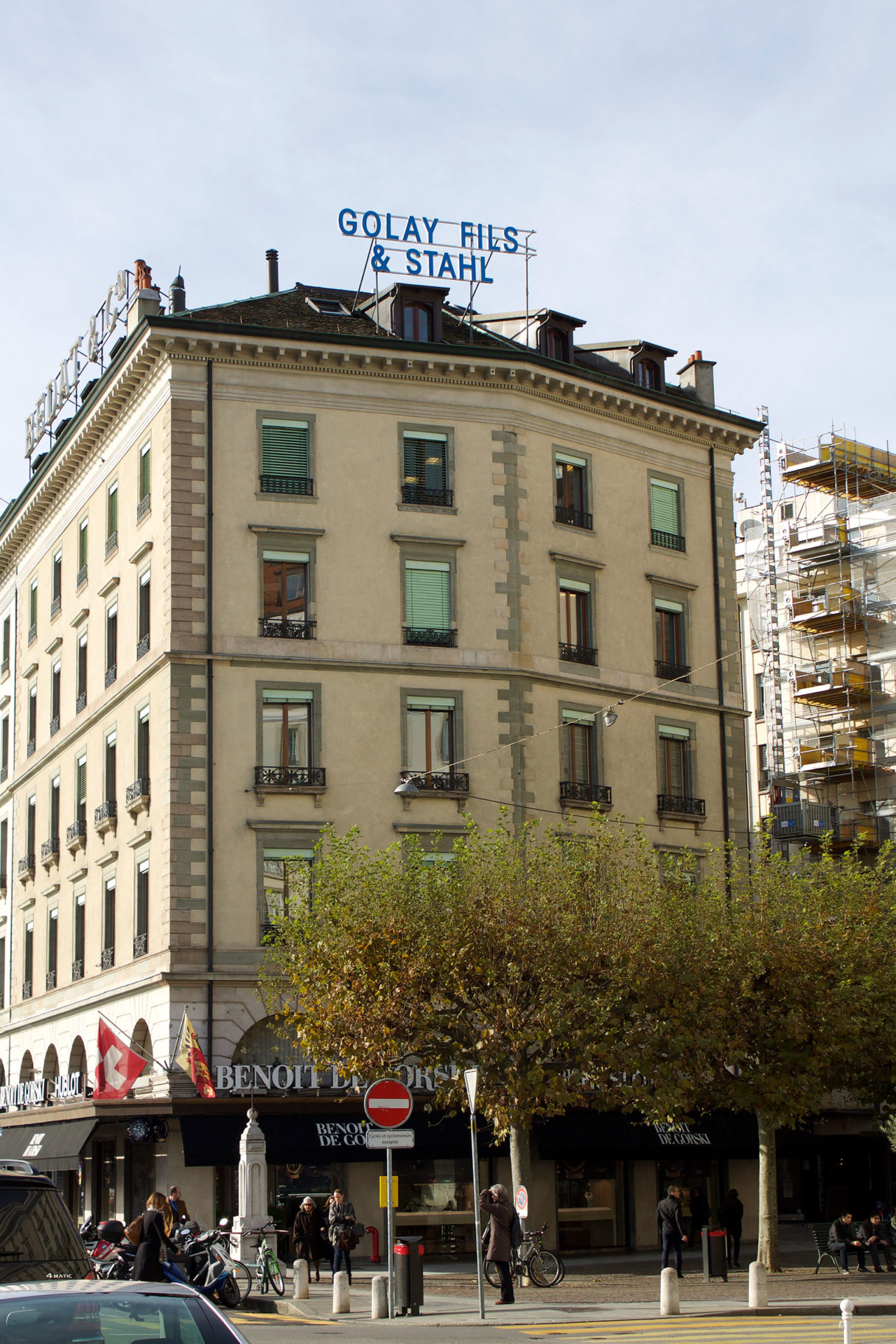 The beginnings of the firm were laid in 1829 when Jacques David Golay moved to Geneva with his family. He was born in the village of Le Chenit, the municipality that includes Le Brassus and Le Sentier, now home to Audemars Piguet and Philippe Dufour respectively. Beyond his birthplace, Jacques David’s last name is also evocative of watchmaking, being one of the great watchmaking families in the Vallee de Joux, alongside Capt, Meylan, LeCoultre, and Piguet.

Already a teenager when the family moved to Geneva, Jacques David’s son Auguste married Susanne Leresche in 1837. Her family also hailed from the Vallee de Joux, and unsurprisingly, she too joined the trade as a regleuse, or regulator of movements.

Auguste entered the watch business that same year, first with Louis Gunther as a partner, before going solo in 1842 as Golay-Leresche. It was in that decade that the firm moved to Place des Bergues, where it has been ever since. 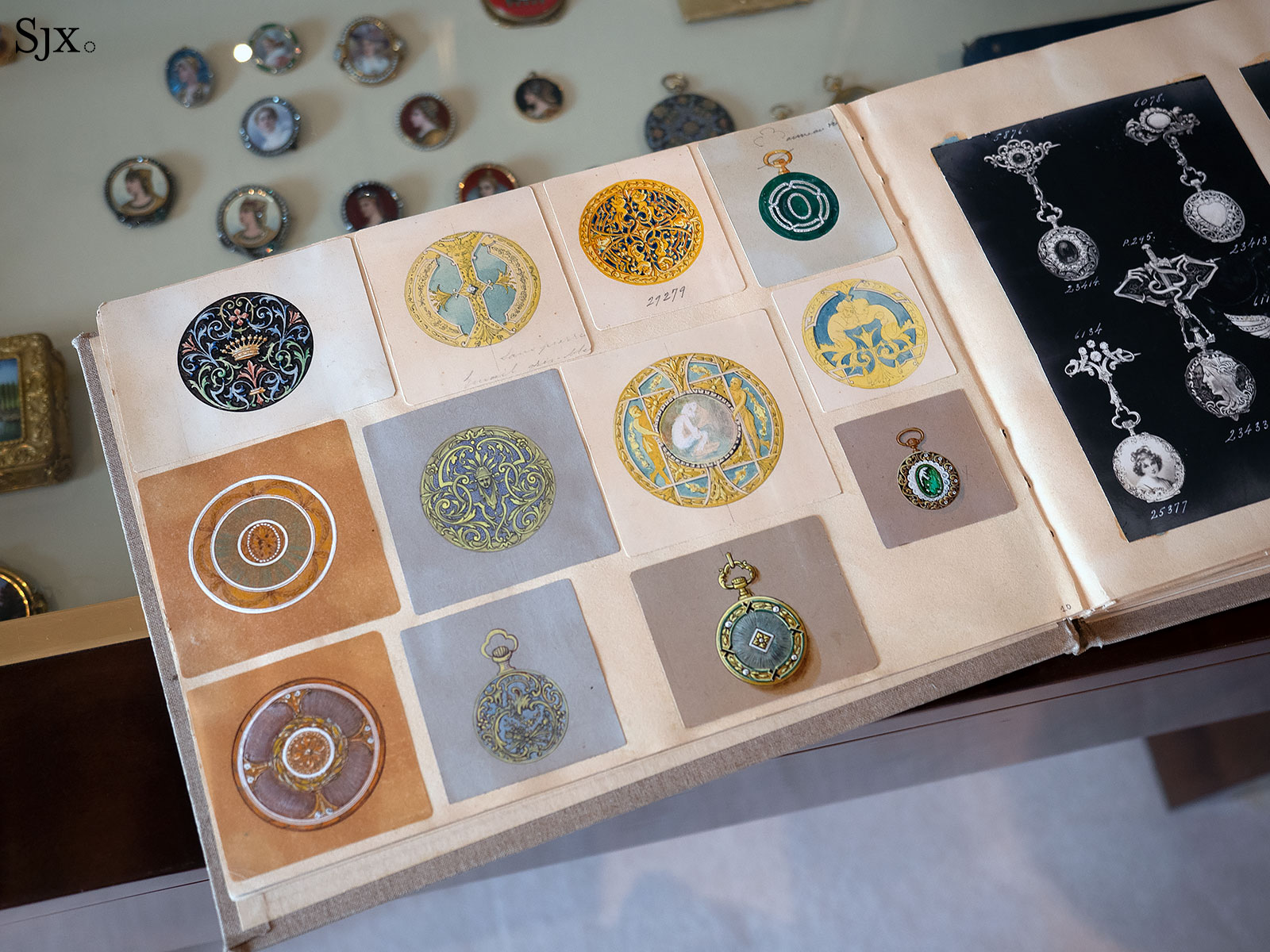 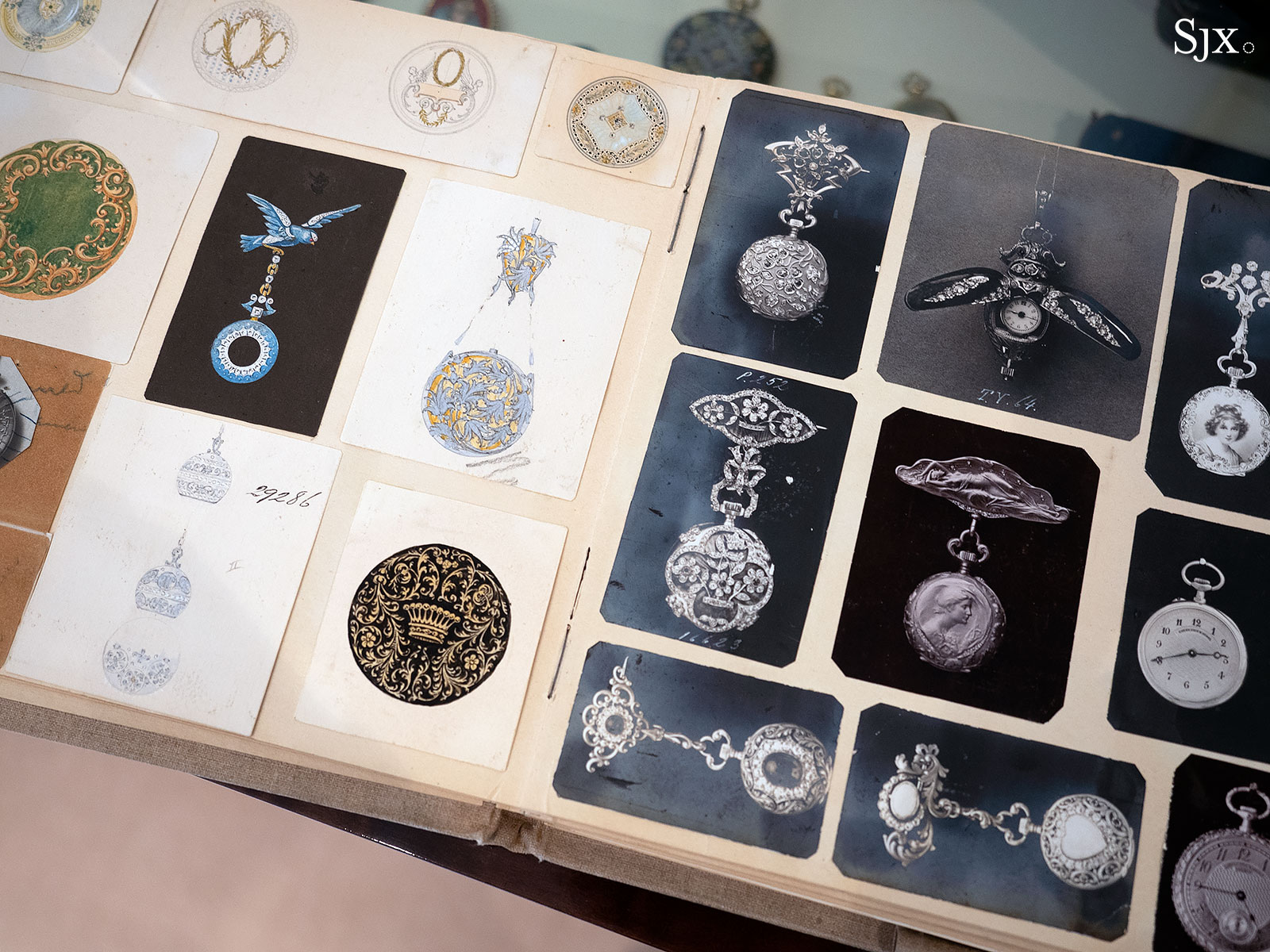 Another page showing photographs of the finished timepieces

Like many of its peers in Geneva, Golay-Leresche was an etablisseur, assembling and finishing watches built from on parts made by suppliers. Auguste chose to focus on pricier watches, usually complicated or highly accurate timepieces, instead of the lower-cost watches that were by firms in the Vallee de Joux or the watchmaking giant of the period, England – again a strategy employed by many firms in Geneva. This distinction separating Geneva watchmakers from everyone else has largely endured till today. 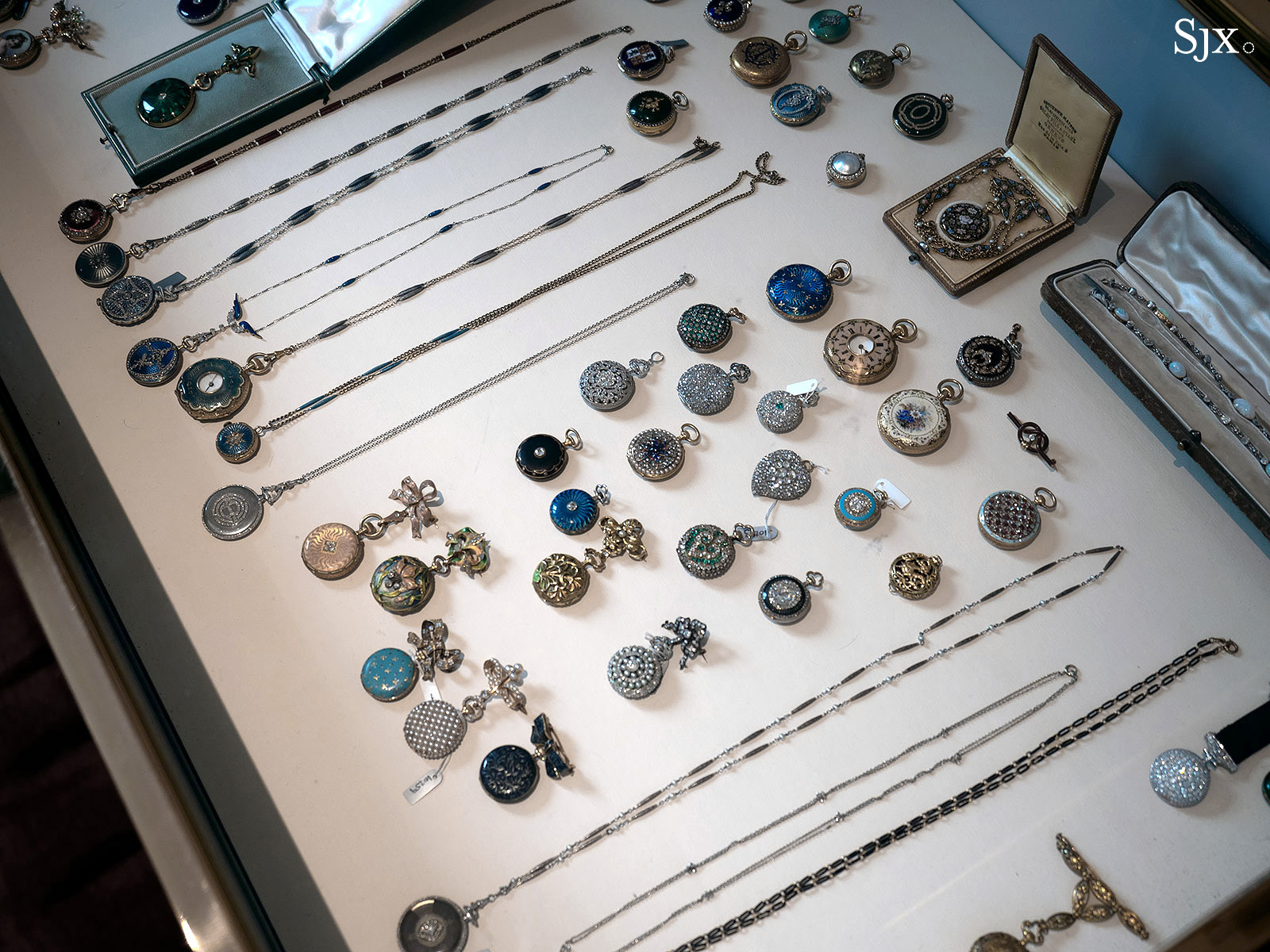 A selection of ladies’ pocket watches 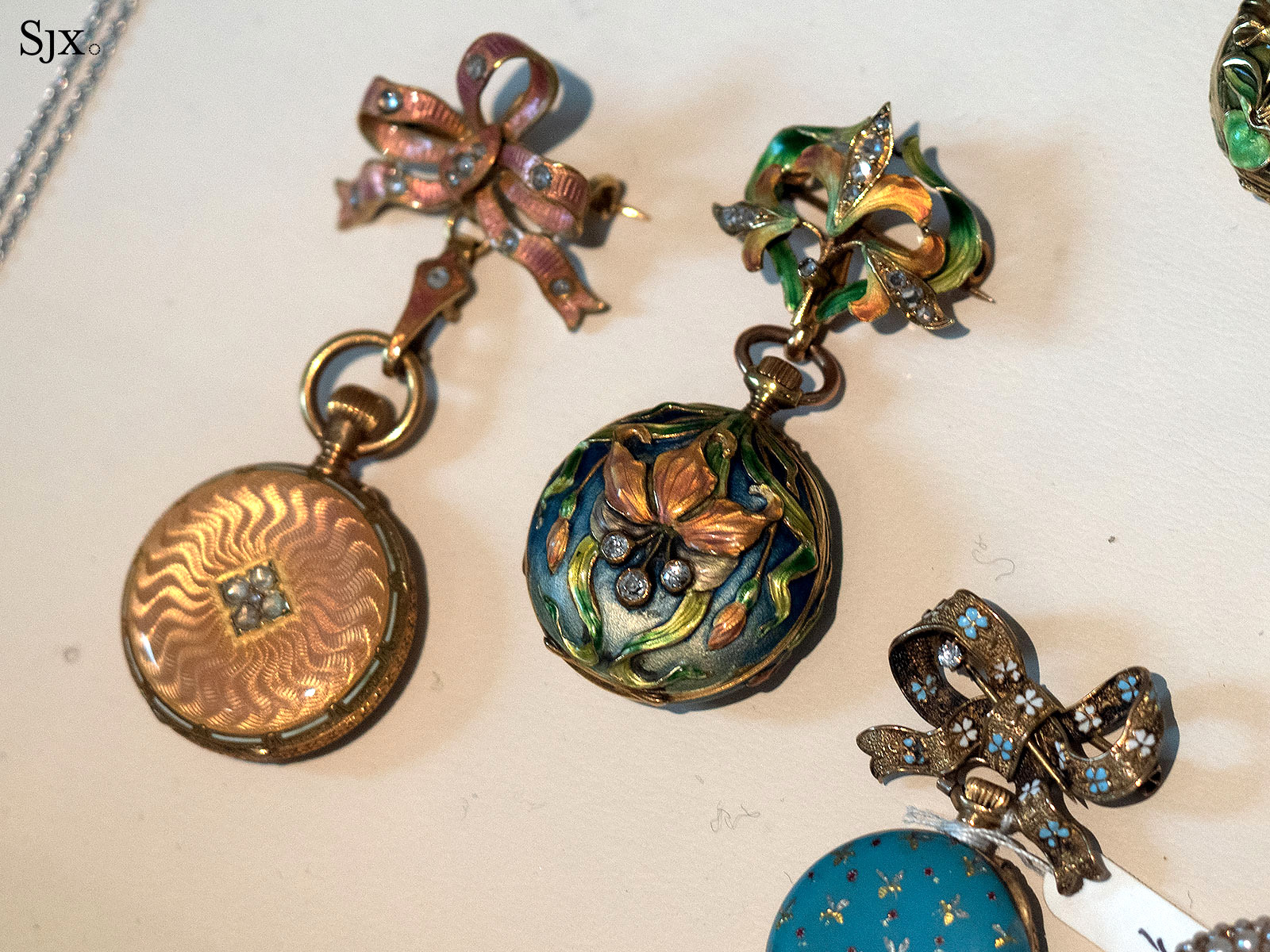 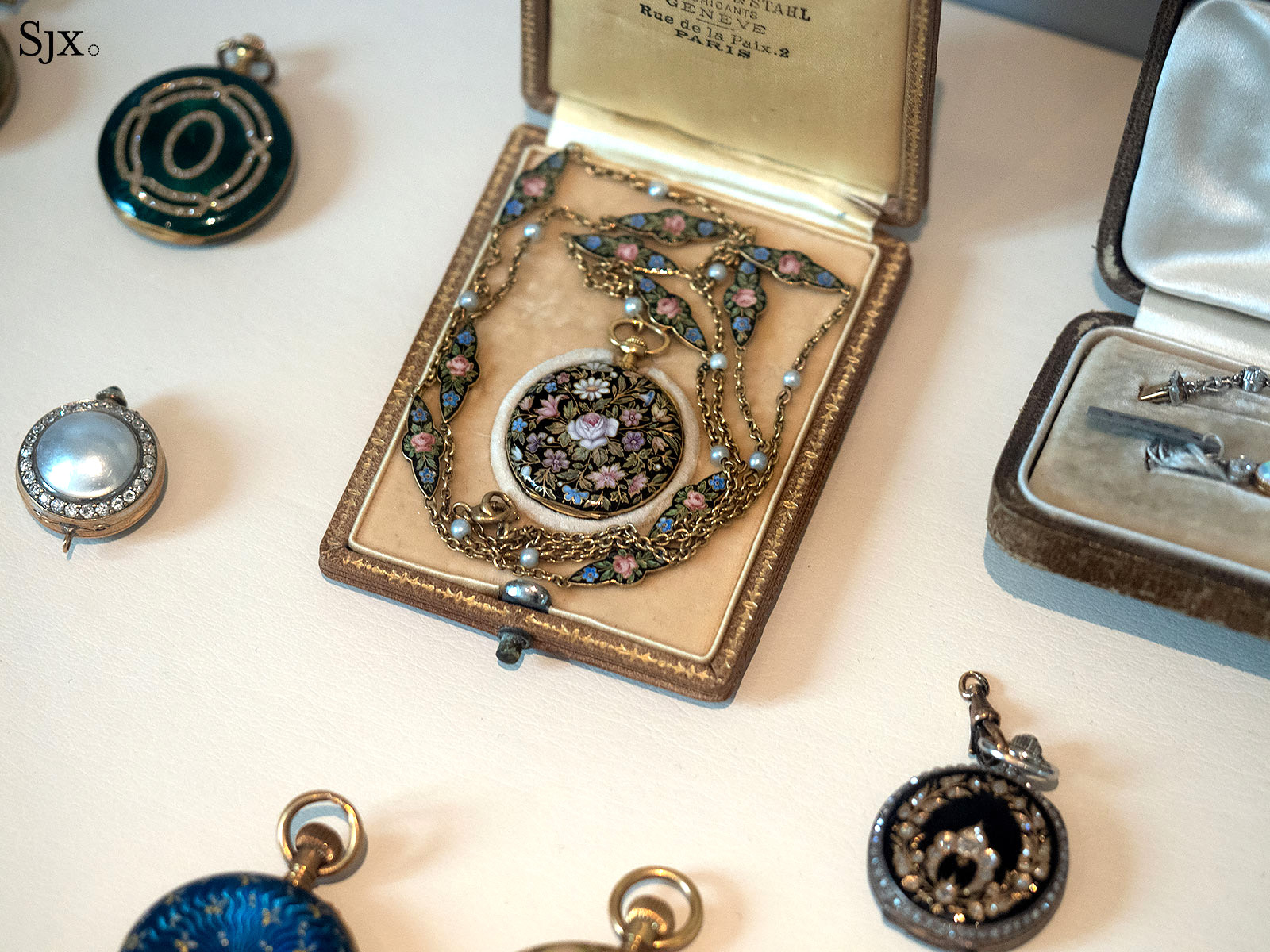 Golay-Leresche gained a reputation for high quality watches that extended across Europe, and then further afield. The firm exhibited its timepieces at exhibitions around the world, where they regularly won prizes, including a medal at the inaugural Universal Exhibition of 1851 at London’s Crystal Palace.

At the same time, the company entered its watches into the timing contests organised by the Geneva Observatory, taking part in at least 20 competitions between 1882 and 1914, winning first prize in five of the years (in 1895, 1908, 1910, 1912, and 1913), and second prize on four times. During that period, the three firms that claimed majority of the prizes awarded by the Geneva Observatory were Patek Philippe, Vacheron Constantin – and Golay-Leresche.

A third prize medal from the 1895 chronometer trials of the Geneva Observatory, given to A. Golay-Leresche & Fils for a watch regulated by Alexis Favre, a leading regleur of the late 19th century 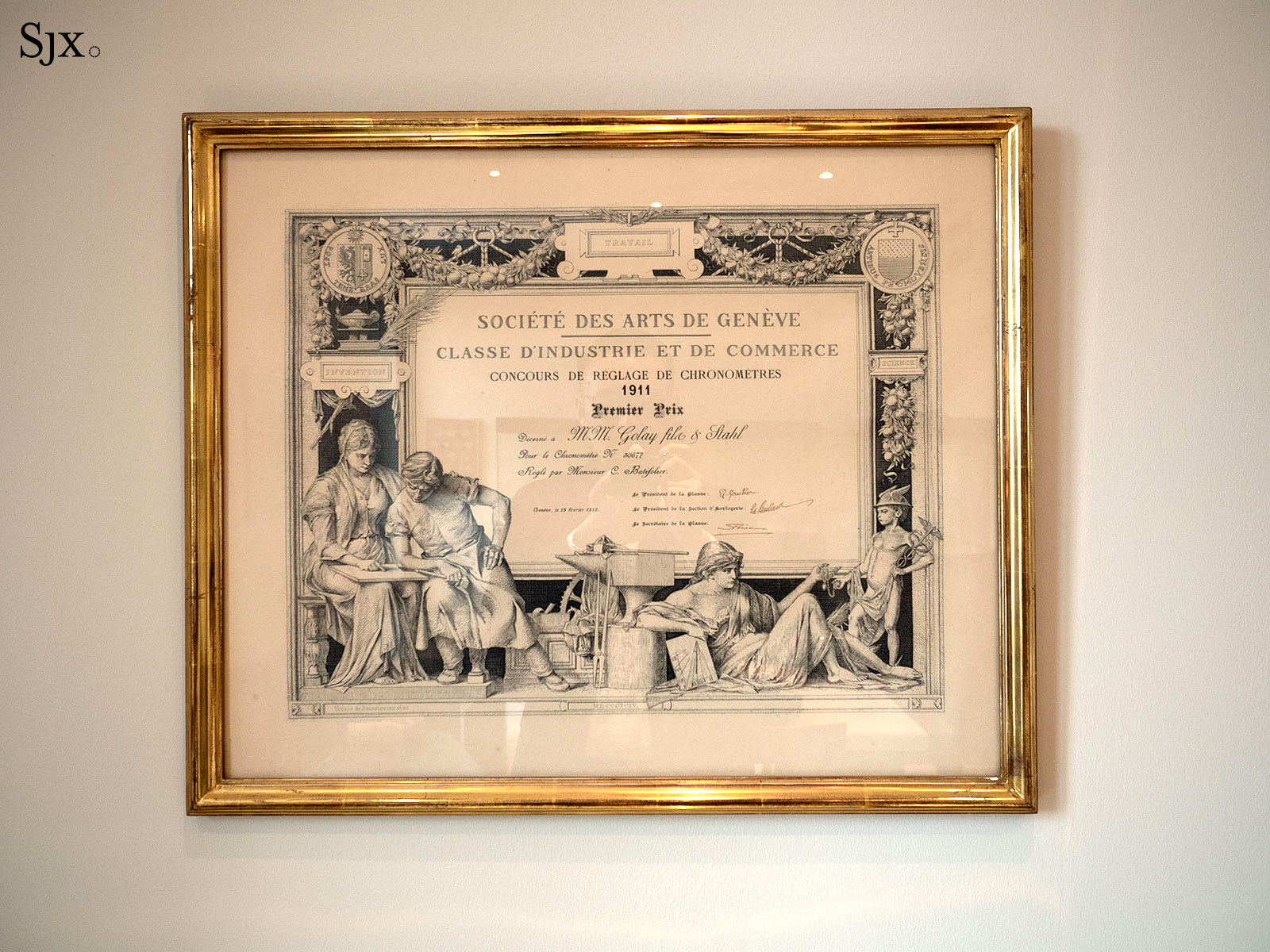 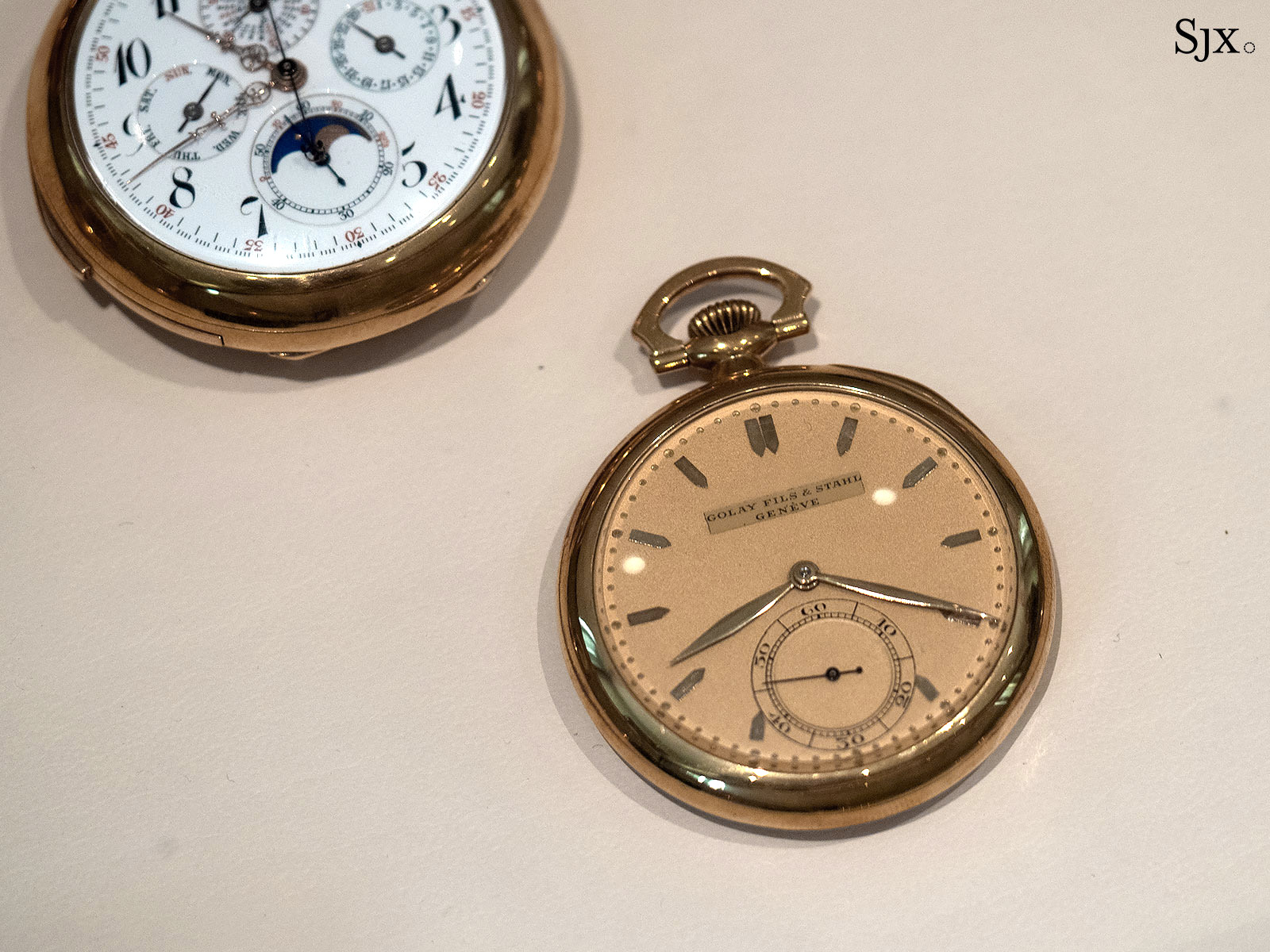 Pocket chronometer, c. 1930, which won a first prize at the Geneva Observatory time trials in 1931

By 1847, the firm had done well enough to open a second showroom in Geneva, located on the opposite shore of the lake. The firm’s success continued in the following decades, particularly with clients overseas, mainly in London, Paris and New York, but also faraway markets in South America and the Middle East.

But many notable personalities also shopped at Golay-Leresche in Geneva, including King Carl I of Romania, the Maharajah of Baroda, Prince Damrong of Siam, and Carol Barton, founder of the American Red Cross, along with assorted nobility from across Europe as well as American millionaires. 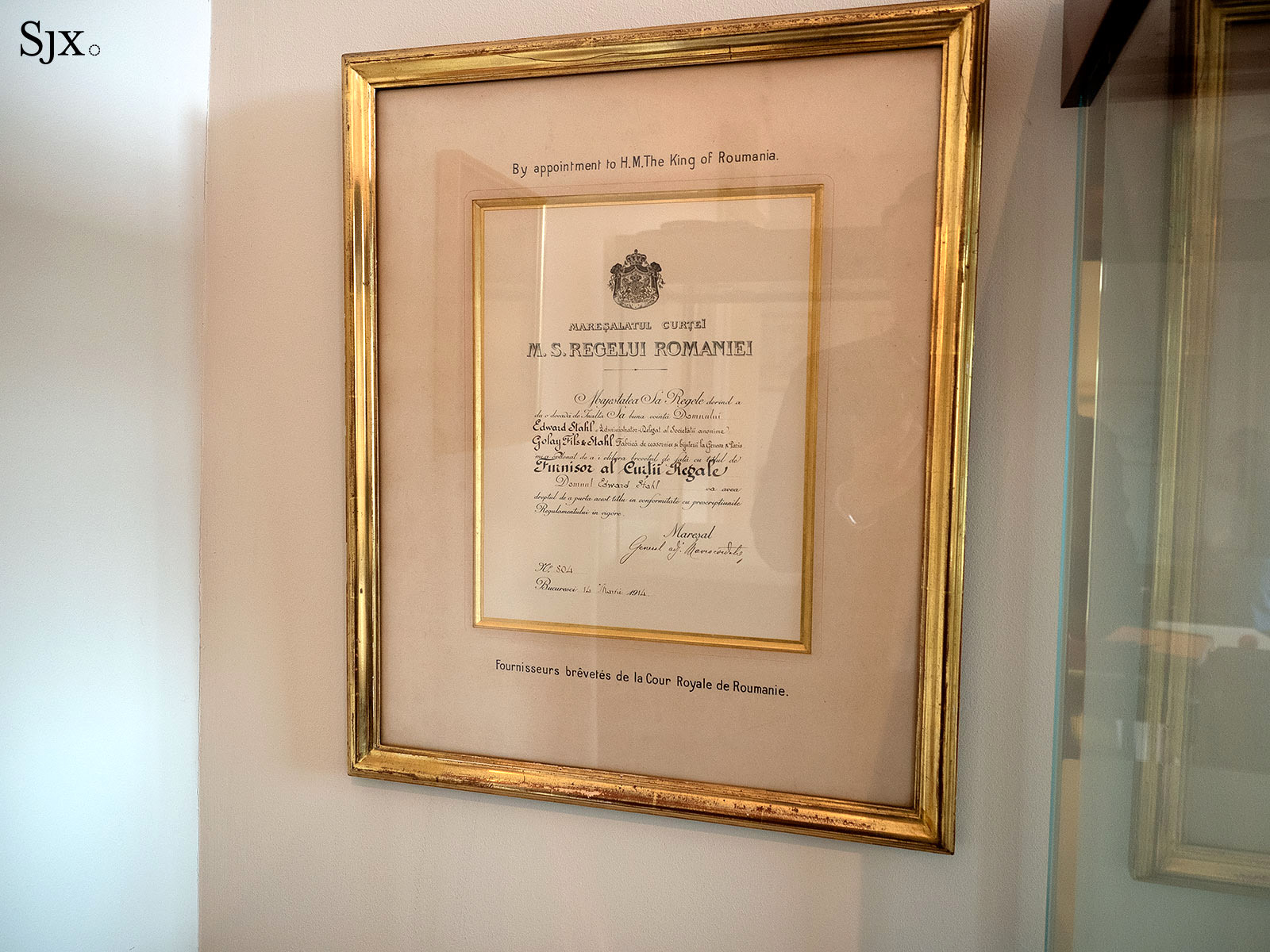 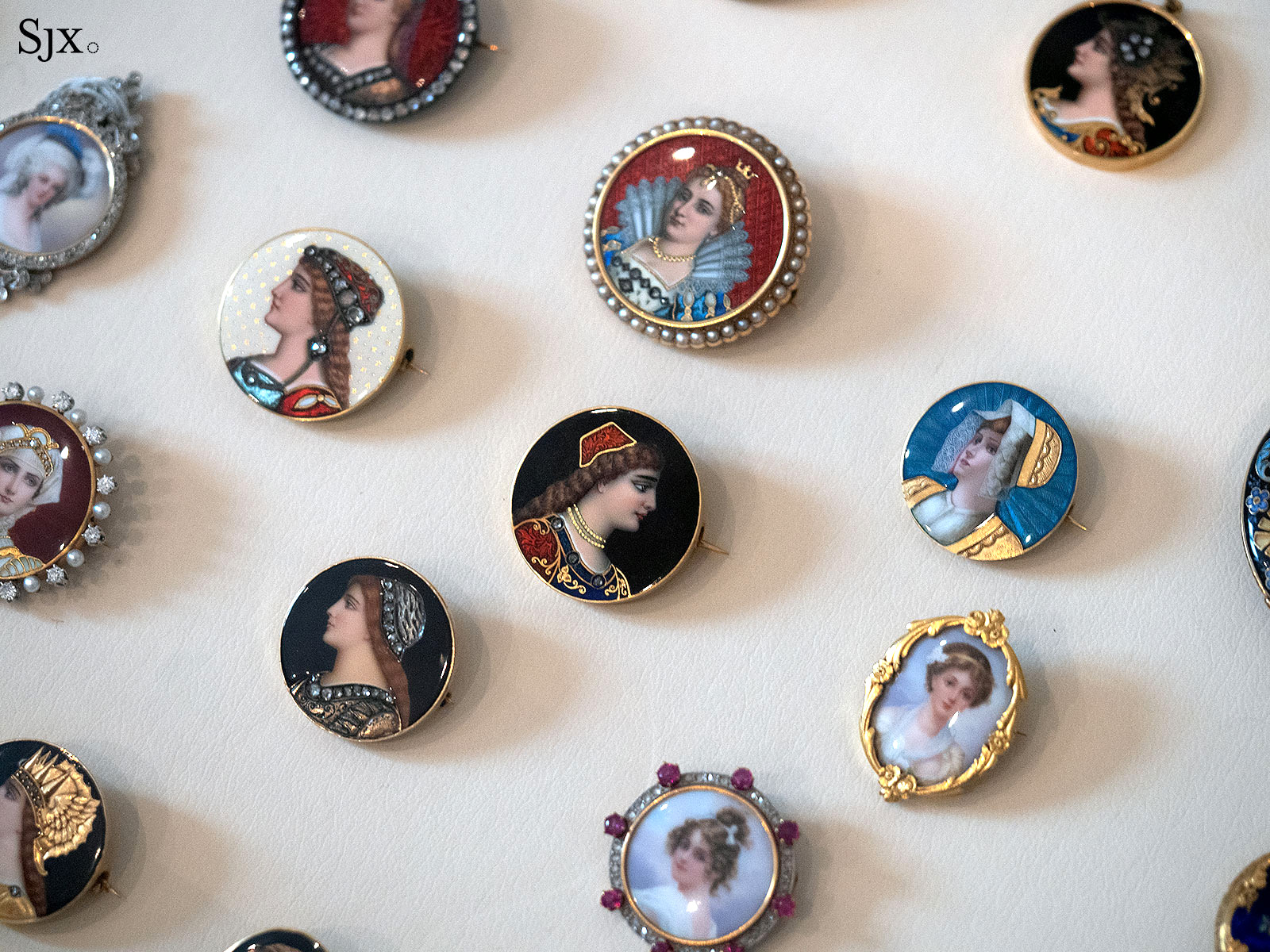 A selection of enamelled brooches from the early 20th century 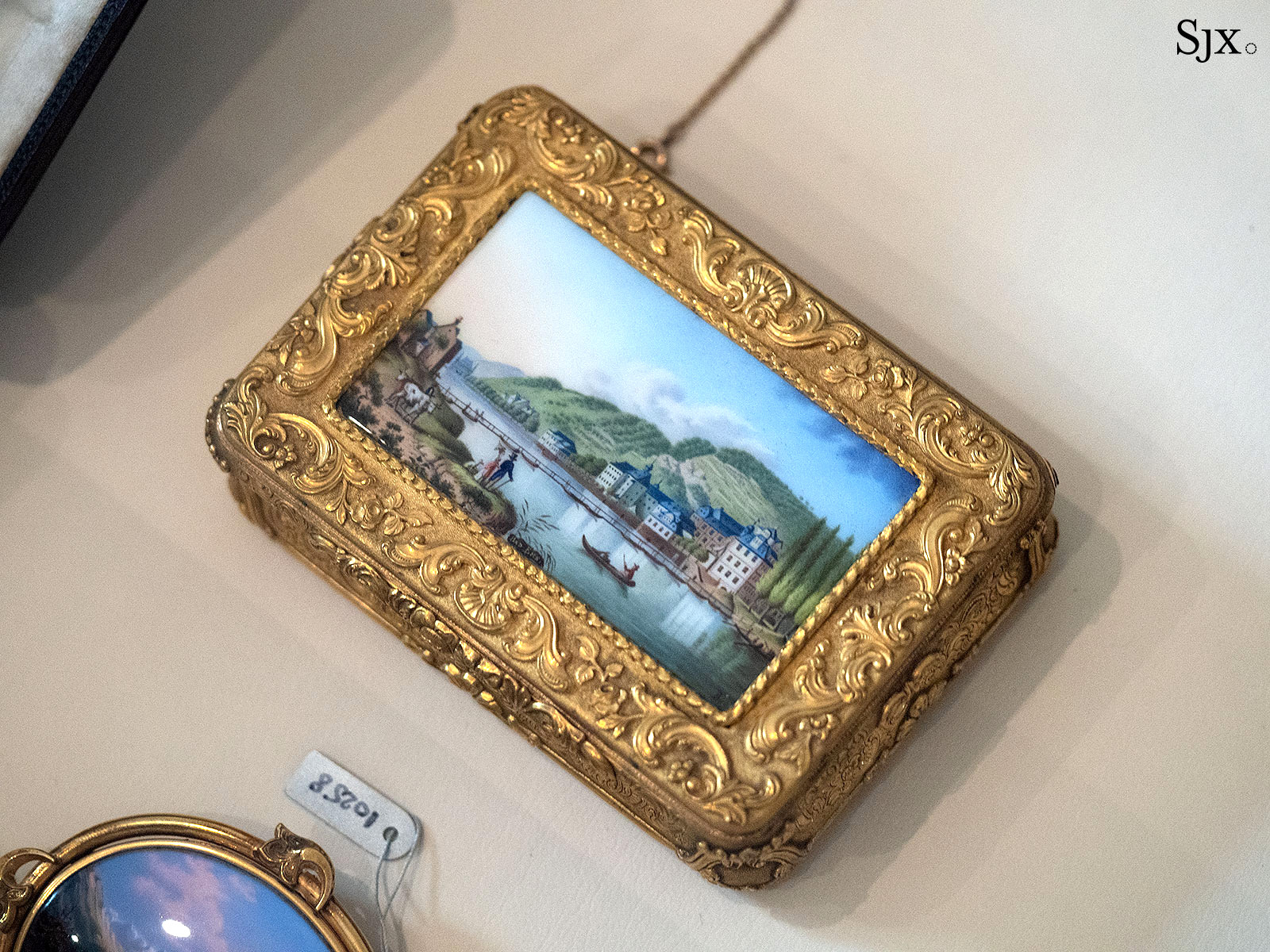 Despite ups and downs in the subsequent decades – including a slowdown caused by the American Civil War – Golay-Leresche continued to grow, eventually counting a staff of 20 watchmakers and jewellers in its Geneva workshop by the time of Auguste’s death in 1895.

Two of his three sons, Louis and Pierre, were already managing the business by then – the company had been known as A. Golay-Leresche & Fils for some decades – and control passed to them. Auguste’s will recommended his sons preserve the company name, though it appears that commercial realities meant adhering to that wish only in part. 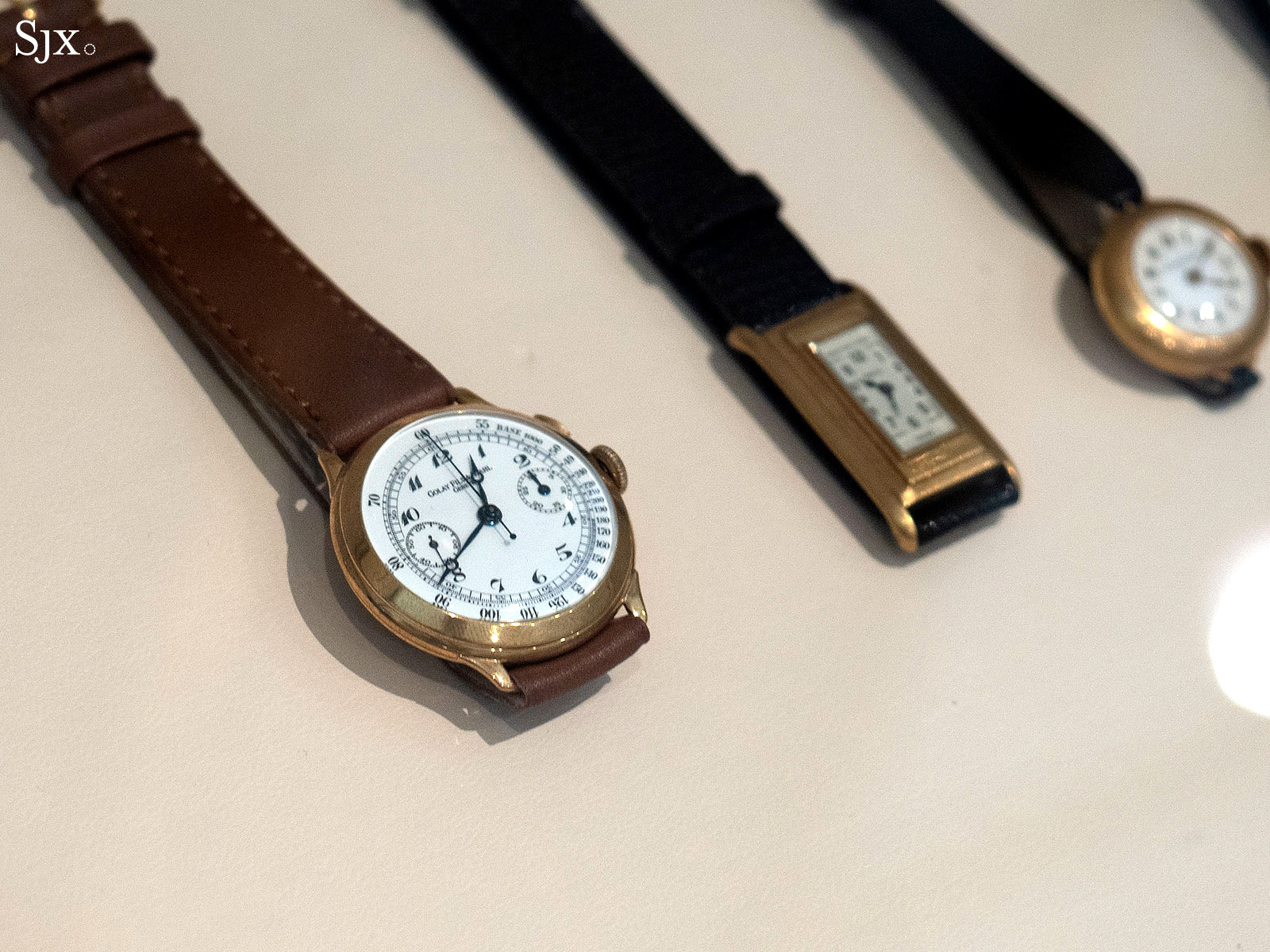 A handful of wristwatches from the 1930s 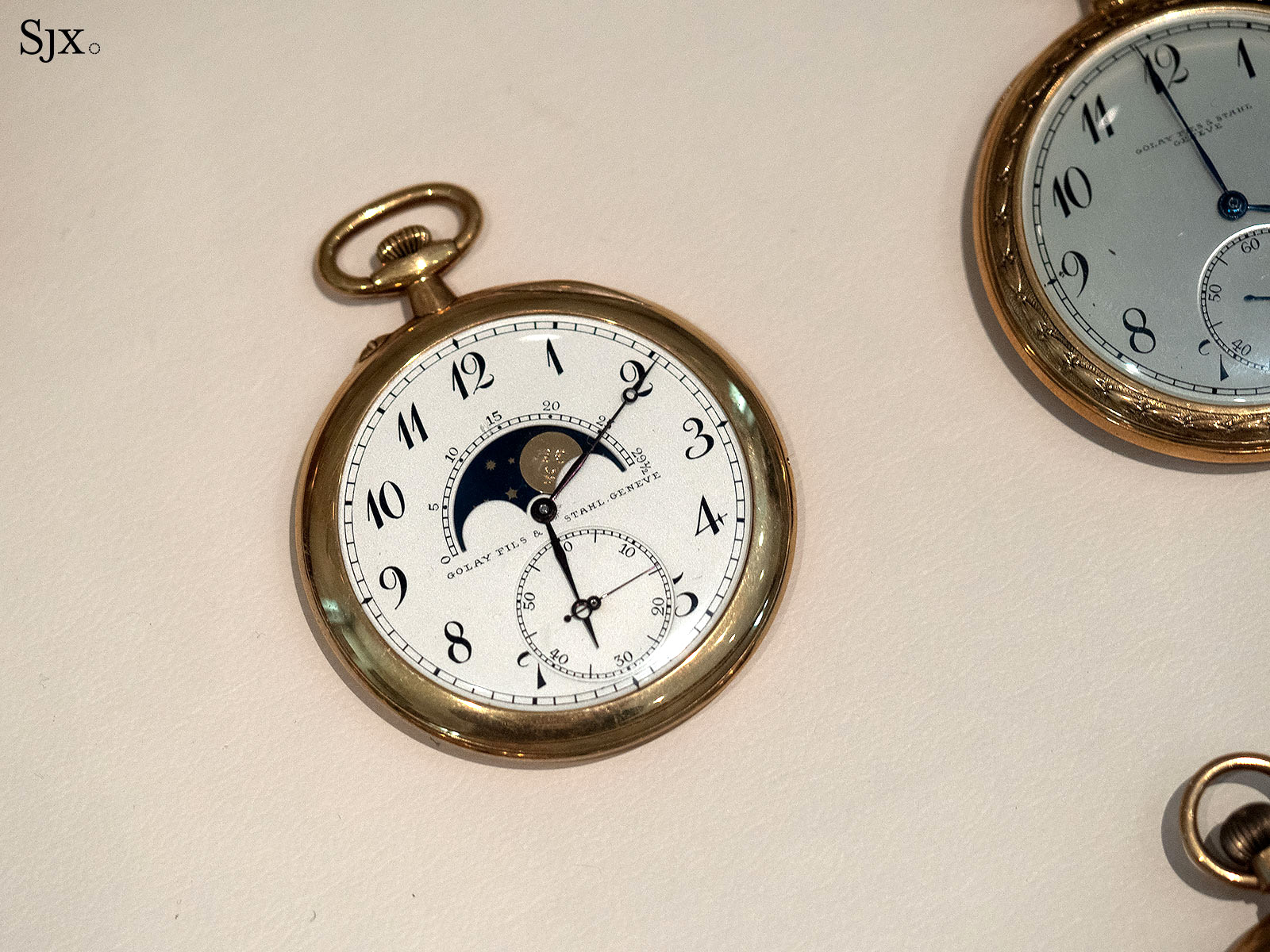 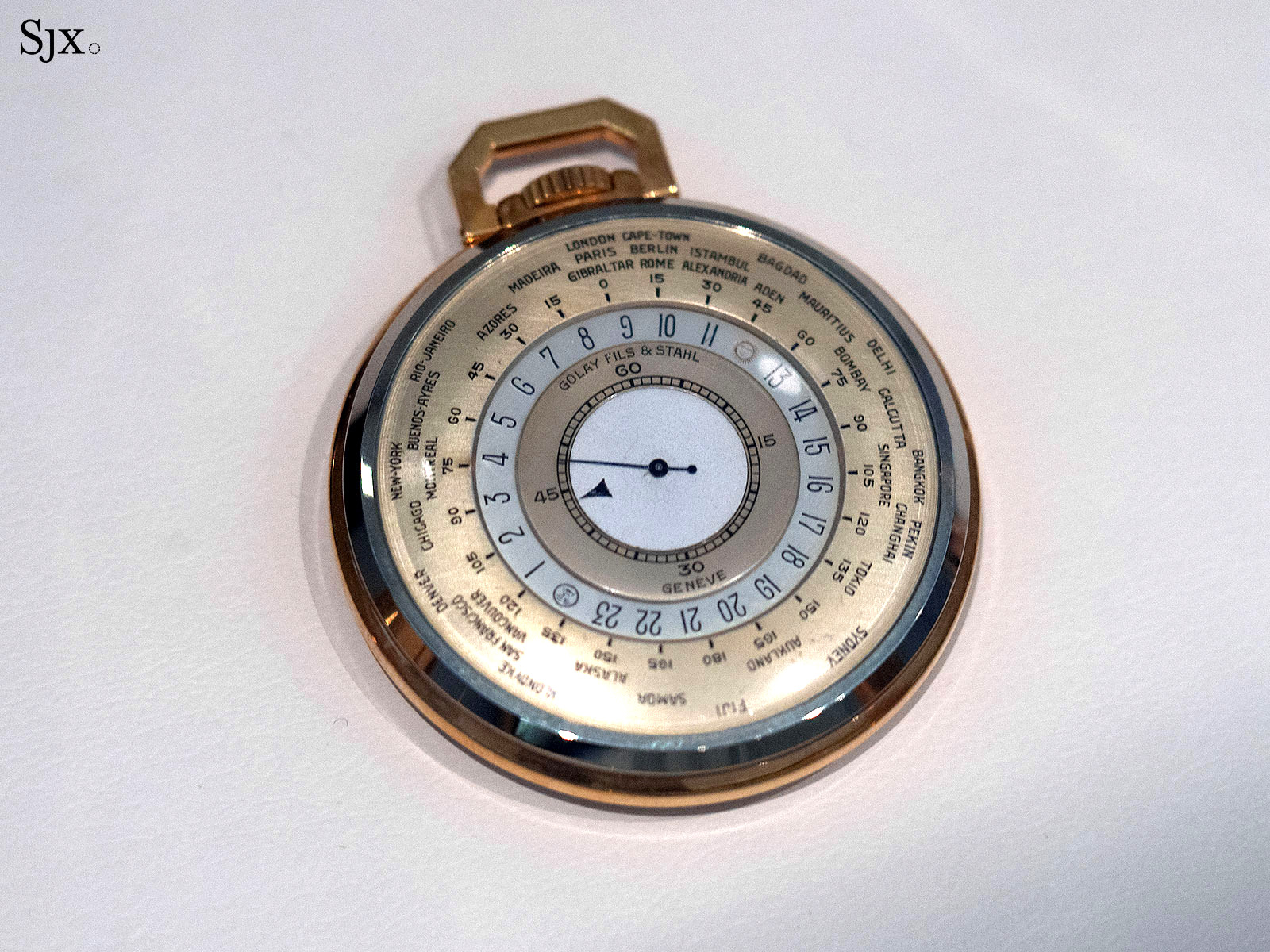 Pocket watch with world time, c. 1935, made by Louis Cottier, inventor of the world time mechanism

A year later, his two sons brought on Edouard Stahl as a partner, renaming the company Golay Fils & Stahl. An Englishman who had lived in Geneva for several decades, Stahl was a jewellery merchant who had done business with the Golays since the 1880s.

In many ways, the partnership was an inevitable evolution of the business. By the 1870s, despite the success of its watches, jewellery had become the main revenue earner of Golay-Leresche, with jewellery sales outpacing watches by two or three times in some years. That was, in part, a consequence of a general decline in the Swiss watch industry driven by the popularity of affordable, mass-produced American watches that began in the 1870s.

Observers of the watch market today – some 150 years later – would find that trend surprisingly familiar, with jewellery gobbling up an increasing share of business at major watchmaker-jewellers like Piaget, Chopard, and Van Cleef & Arpels.

Note the preponderance of sales of jewellery (‘bijouterie’) over watches (‘horlogerie’)

Not long after Stahl came on board, the successive deaths of the Golay sons – Louis in 1900 and Pierre in 1905 – left him as the controlling shareholder. Despite the change in ownership, Stahl retained the Golay Fils & Stahl name, doubtlessly as a prudent business decision given the long-established reputation of the firm.

Stahl’s background in jewellery, and the downturn caused by the First World War, resulted in the gradual withdrawal from watchmaking. From 1914 onwards the number of watchmakers employed by Golay Fils & Stahl declined to a handful, and by about 1920, the in-house watchmakers were engaged solely in the repair of watches.

The store still sold watches with its brand name, but they were manufactured by other firms. At the same time, it was a retailer of high-quality watches produced by specialist watchmakers like Patek Philippe and Audemars Piguet. 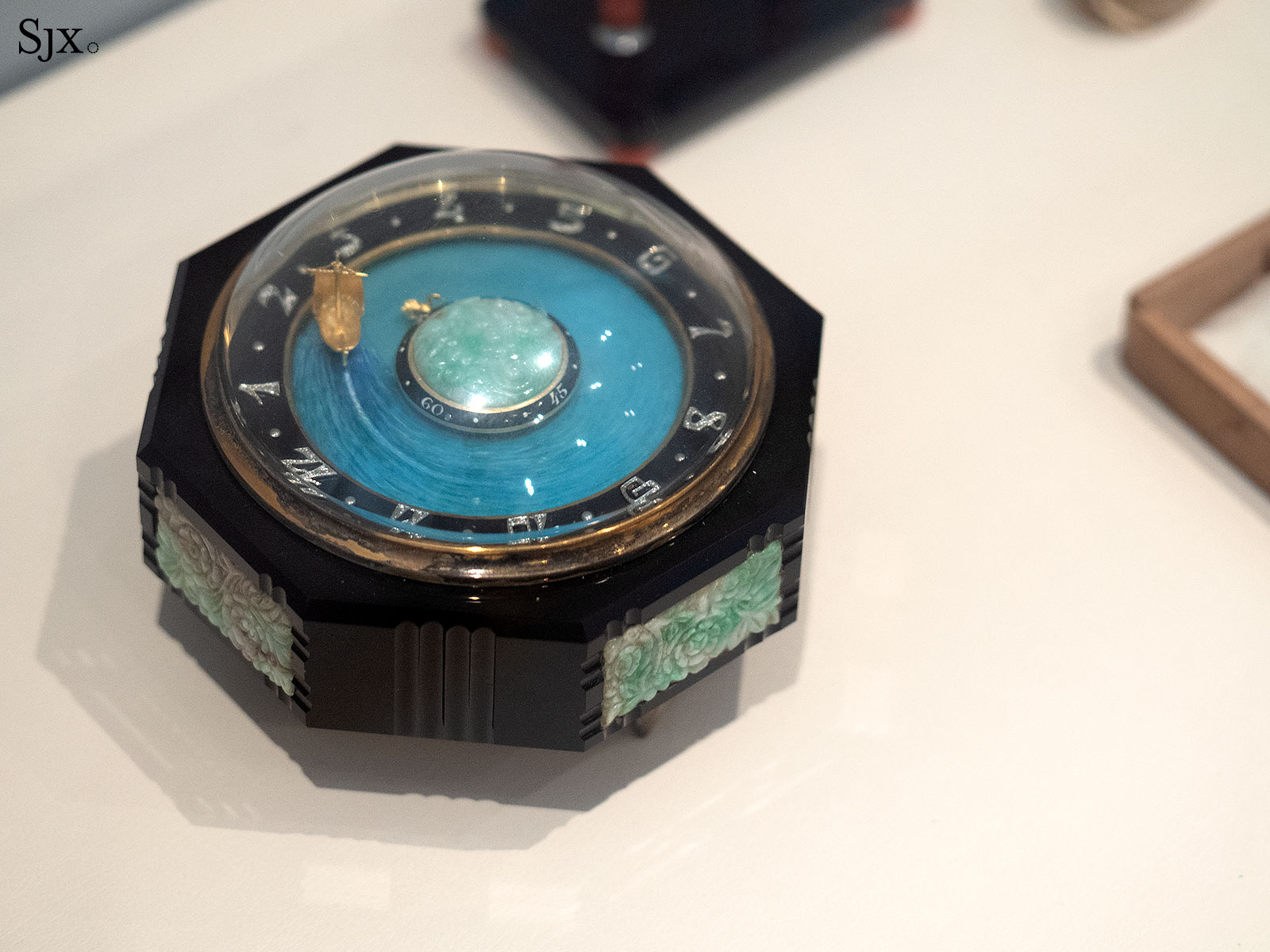 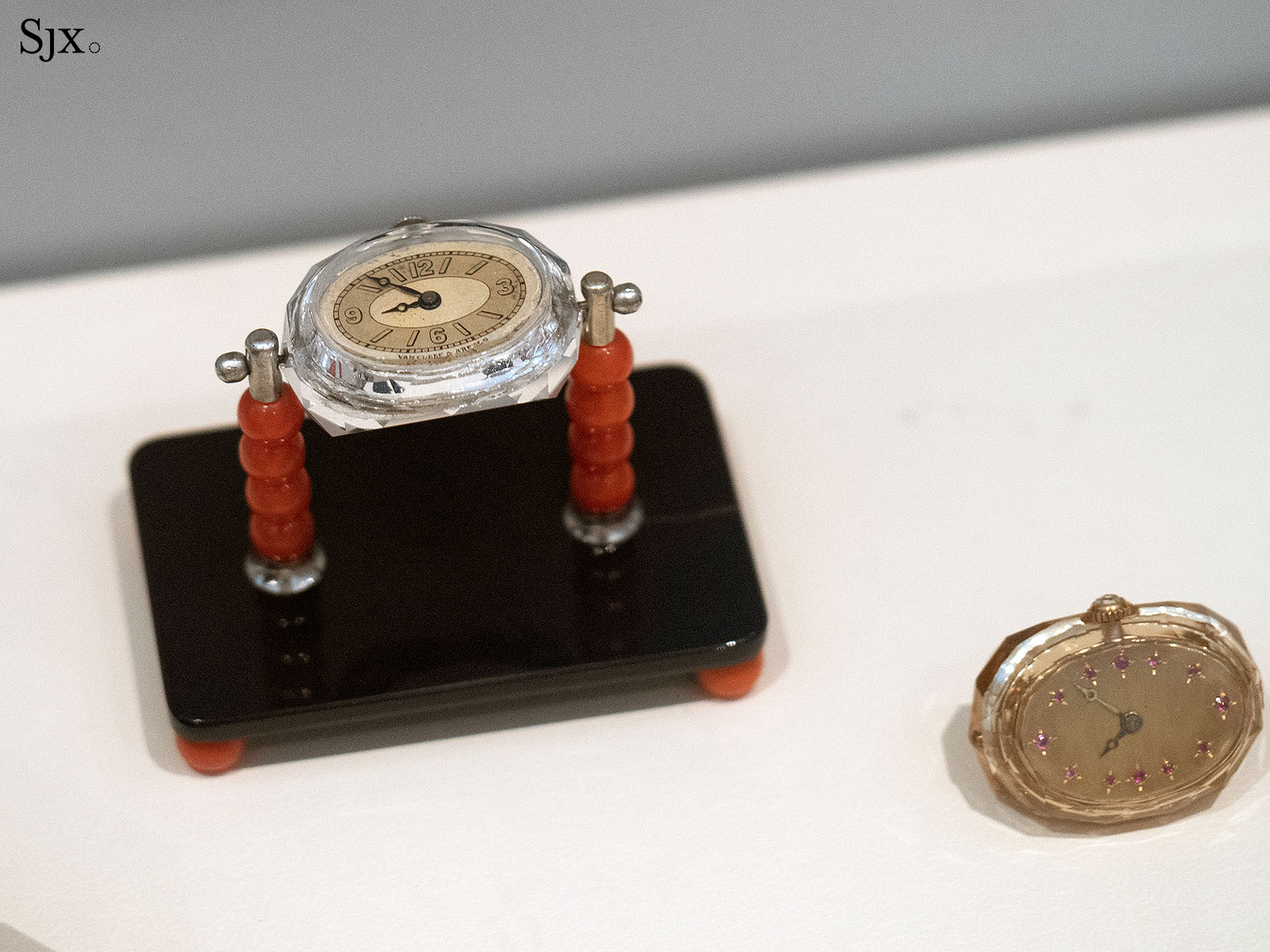 Led by successive members of the Stahl family, the firm became a major name amongst Geneva jewellers in the mid 20th century. The final member of the family to run the company was the youngest son of Edouard, Morris Stahl (later Steele), who sold the firm to Jacques Wolfgang in 1961. Once again, the firm was handed over to a jeweller: Wolfgang had been a gemstone dealer who supplied the Stahls since the 1930s.

After Wolfgang’s death in 1976, his son Jesse took the helm. And in 1997, as had happened on several occasions during the firm’s history, the company evolved once again. With luxury retail in Geneva having slowed in the 1990s, the firm shuttered the retail store – a long-time Patek Philippe concessionaire – on the ground floor of Place des Bergues, which is now a Breitling boutique. 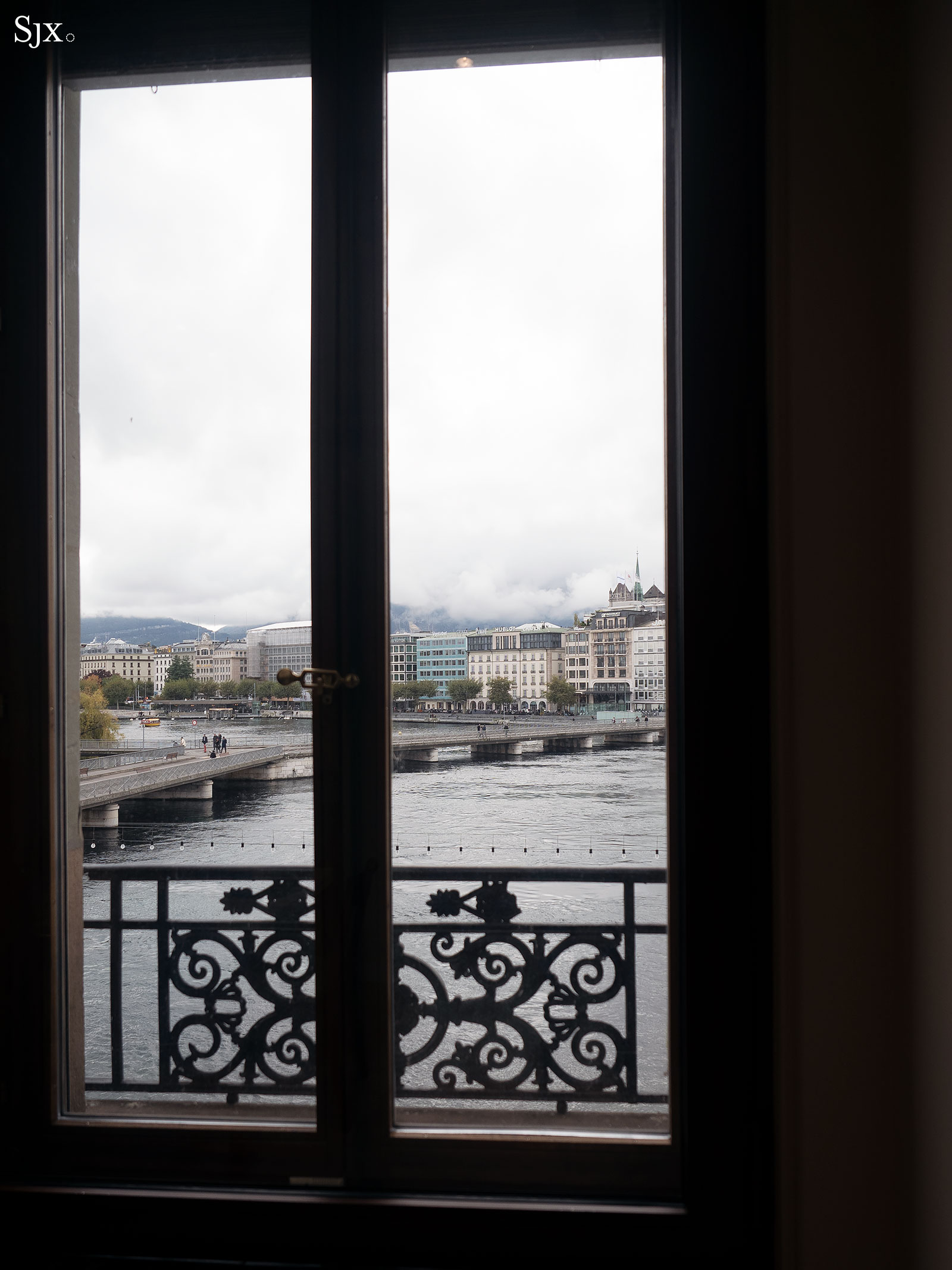 Though the firm has long left watchmaking behind, Golay Fils & Stahl remains linked to the watch business, primarily through relationships and family ties of the Wolfgang family.

Pierre Alain Blum, the former owner of Ebel who led the brand in its heyday of the 1980s, is a non-executive director of Golay Fils & Stahl. And Ronald Wolfgang, who is Ms Amenc’s uncle, was the president of the American operations of Ebel, Jaeger-LeCoultre, and then Roger Dubuis.

Golay Fils & Stahl is now primarily wholesale jeweller, while still serving a handful of key clients scattered around the whole. Its discreet office on the Place des Bergues offer a picture-perfect view of Lake Geneva – and the Patek Philippe Salon across the water – and is also home to a small, private museum that showcases the firm’s rich and varied history.