The Heritage Classic is based on a 1934 Longines wristwatch with dial style known as “sector” or “scientific”. Fashionable today because of its distinctive yet retro look, the sector dial was fairly common in the early 20th century, being found on both pocket- and wristwatches made by a variety of brands, ranging from Patek Philippe to Zenith.

So Longines doesn’t have any special claim to the design, but with a retail of just over US$2000, its sector-dial remake is arguably the bang for the buck.

At 38.5mm in diameter the Heritage Classic is compact and wears well. It’s slightly larger than the vintage originals – typically 35mm or so, while rarely and expensively 37mm or larger – but not by much.

Because the case diameter has been kept smallish by modern standards, the sub-seconds at six is correctly positioned, unlike on most remakes that match large cases with small movements. While the seconds sits closer to the centre of the dial than on the vintage original, the dial still looks correctly laid out with good balance. 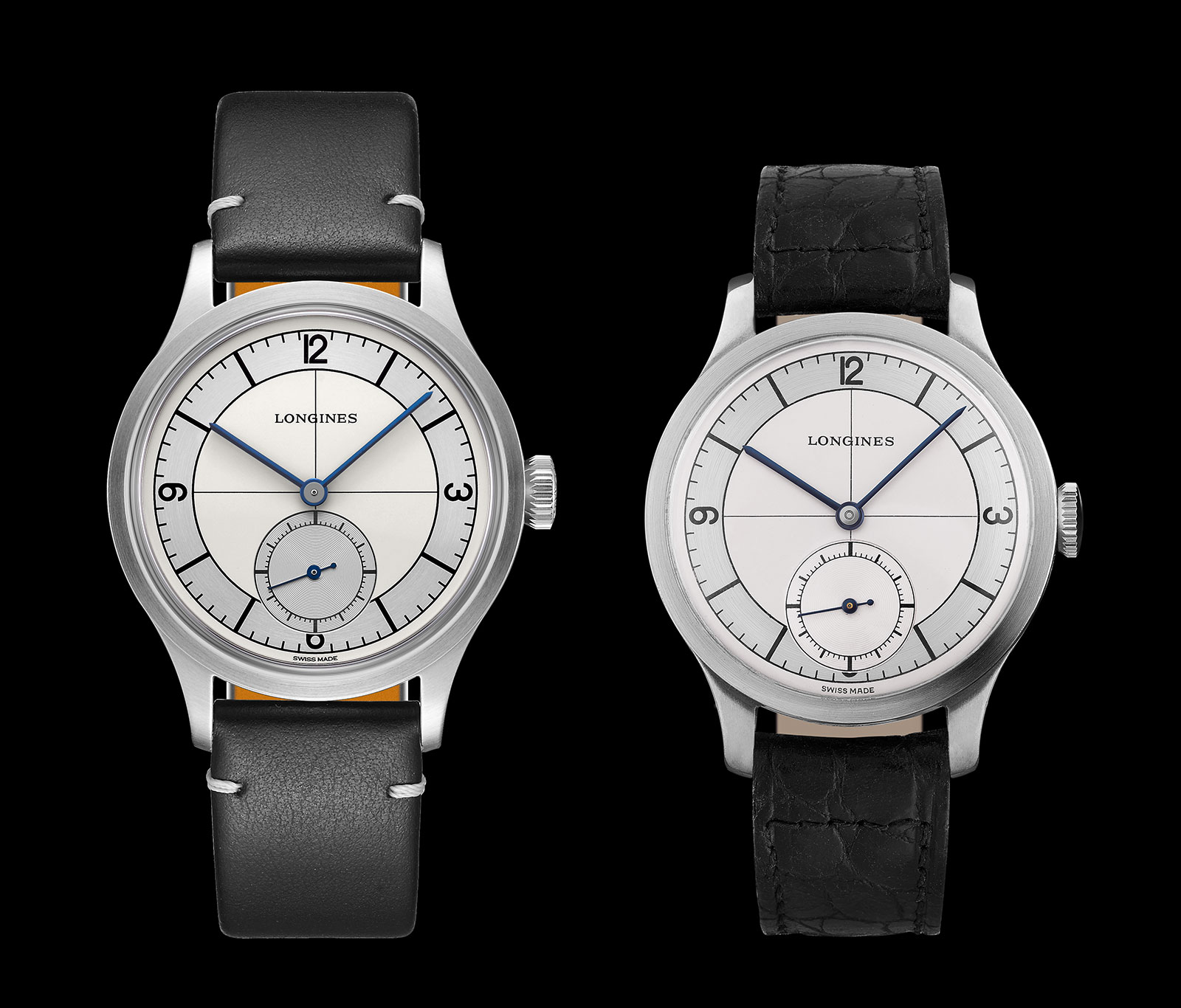 The remake (left), and the original from 1934 that’s in the Longines museum. Image – Longines

Besides the diameter, the case profile is also well done. At 10mm, the height is proportional to the diameter, with a fairly high, single-step bezel and a slim case band, as it was on the vintage cases. 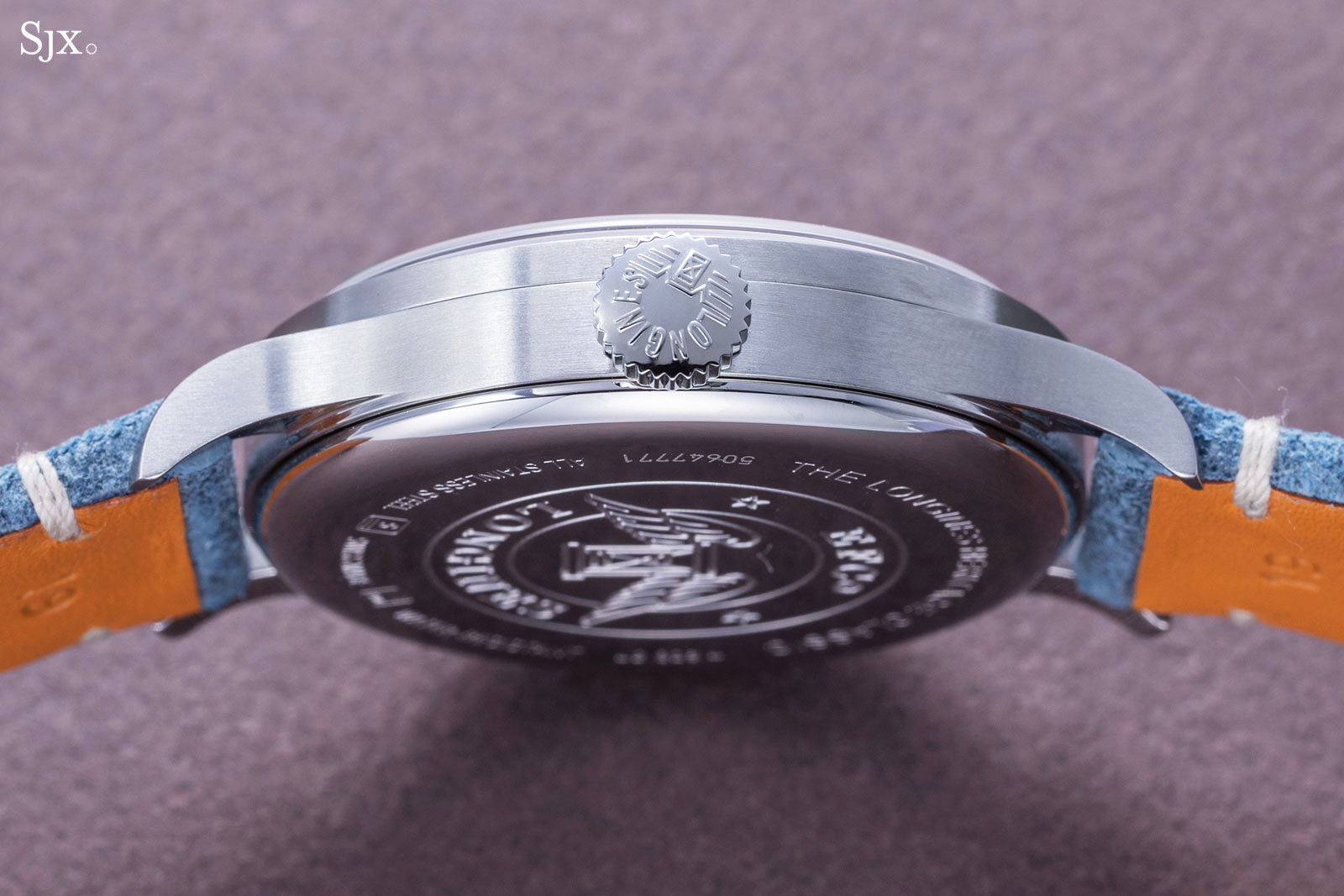 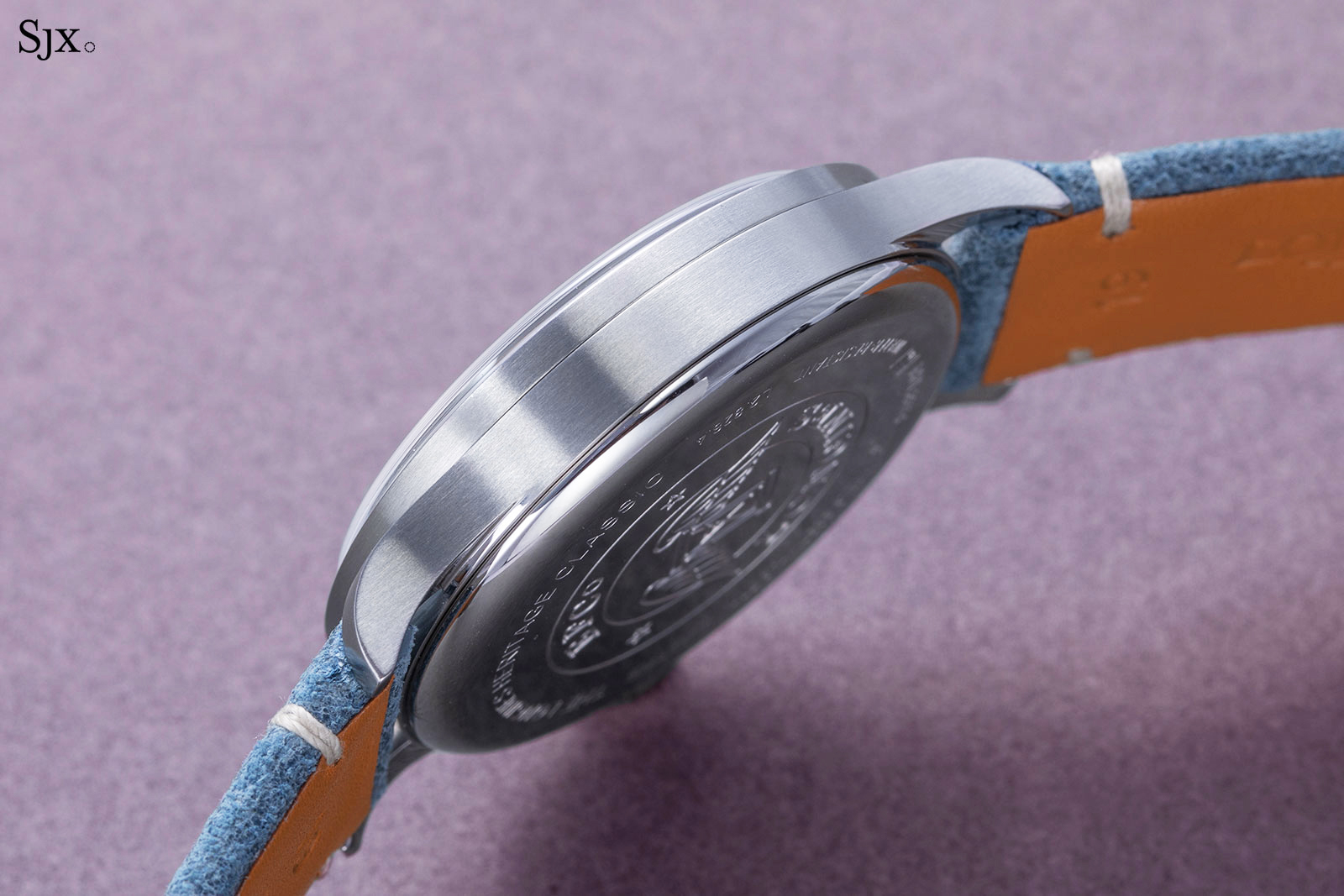 The look is matched by a clean brushed finish on all surfaces, and a domed sapphire crystal that’s a slightly more expensive feature on an otherwise simple – but effective and attractive – case. The only element of the case that’s obviously modern is the snap-on back.

Occasionally known as a “scientific” dial, the sector dial was reputedly designed to aid in time measurement, since the dial is neatly divided into segments, or sectors, of both five minutes and quarters.

Longines excelled with the dial on the Heritage Classic, managing to reproduce the original look, right down to the subtle two-tone finish. The chapter ring for the markers is metallic silver and concentrically brushed, while the rest of the dial is off-white. And the Longines logo is printed in a font similar to that found on the vintage originals.

Even up close the dial is well done, with neat and precise printing of all the letters and lines. The hands are also appealing, heat-blued steel.

The only element of the dial that feels out of the place is the azurage, or concentric guilloche, on the seconds sub-dial. That’s obviously modern and not necessary, in terms of design or quality.

The upgraded movement (and downgraded strap)

Though hidden behind the solid back, the movement is a good one at this price point. It’s the L893 movement, which is a rebadged ETA A31.L91.

That in turn is the latest version of the common and long-lived ETA 2892, having been upgraded in several ways, most notably with a longer power reserve made possible with a lower frequency and silicon hairspring. So the L893 has a 64 hour power reserve, instead of the 50 hours of the stock ETA 2892.

ETA sells its latest generation movements only to its sister companies within Swatch Group, which includes Omega and Tissot, meaning that this version of the movement won’t be found in the competition outside of the group, so it’s a plus. That being said, other movement suppliers like Sellita are also upgrading their movements – which are clones of ETA calibre and designed to be perfect substitutes – so the playing field will be levelled within a few short years.

While the movement scores well, both strap options for the Heritage Classic, either black or “denim” calfskin, aren’t especially compelling in quality or style. Fortunately that’s an easy fix and will surely be performed by most buyers of this watch.

There really is nothing criticise about the Heritage Classic, except for the unimaginative design – which is the exactly the point of a remake anyway. It’s exceptionally strong value for just over US$2000.

Availability: At both retailers and boutiques
Price: US$2,150, or 3,180 Singapore dollars

Correction December 6, 2019: The hands are heat treated, and not coated as stated previously.