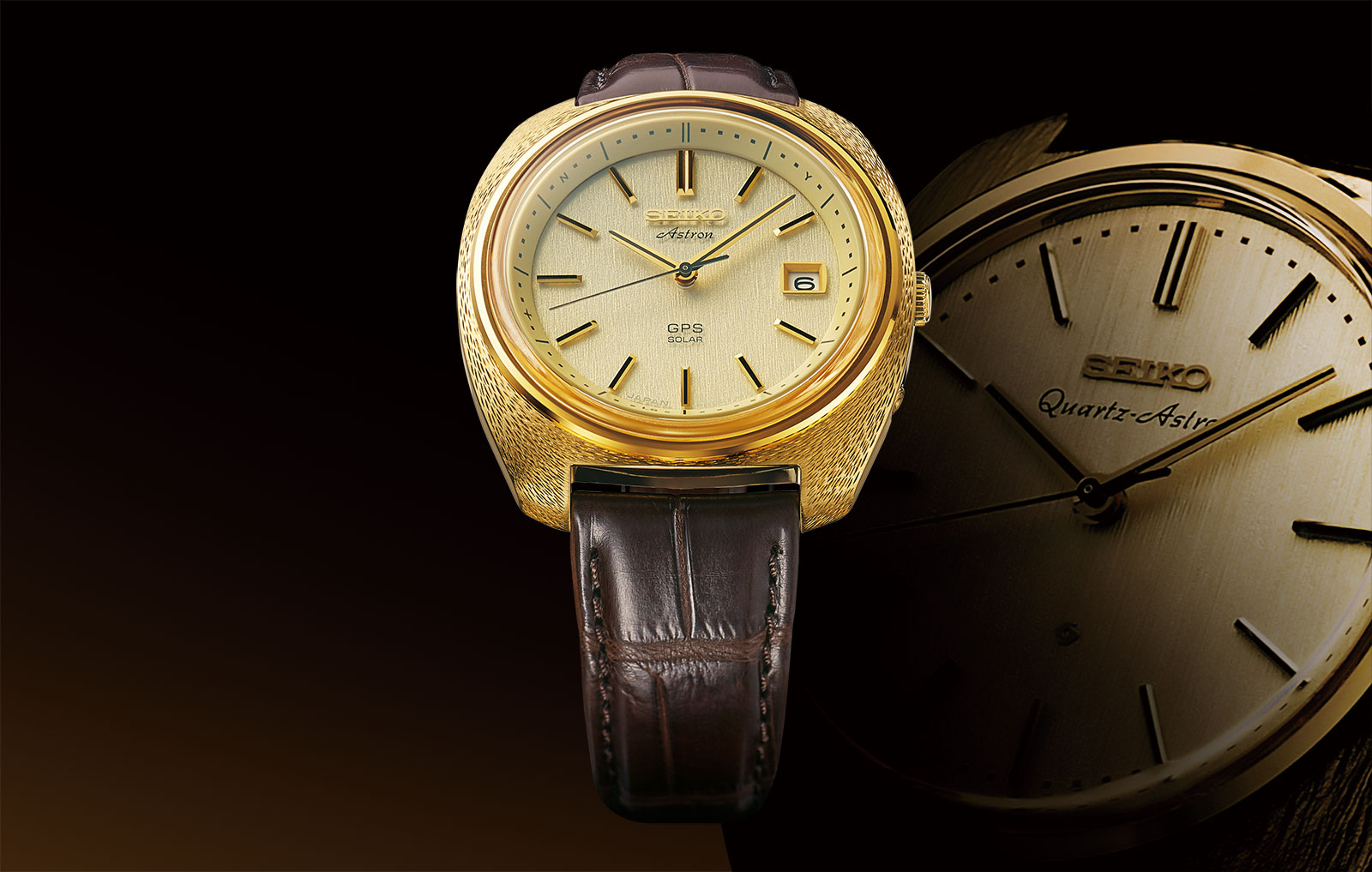 Seiko changed watchmaking when it introduced the Quartz Astron in December 1969. Though it cost as much as a small car, it was the first commercially available quartz watch. Technology and economies of scale would rapidly reduce the cost of the quartz watch, enough that by the late 1970s the Swiss watch industry was in full blown meltdown – the Quartz Crisis.

To mark the 50th anniversary of that landmark watch, Seiko has just introduced the 1969 Quartz Astron 50th Anniversary Limited Edition. Though powered by a latest generation, solar-powered and GPS-enabled quartz movement, the Astron anniversary edition is visually a remake of the original – and it still costs as much as a small car, or about US$35,000.

Notably, the Astron anniversary comes a couple months after Citizen introduced its own an ultra-high end quartz watch, also with a solid gold case, but with a different approach to technology. 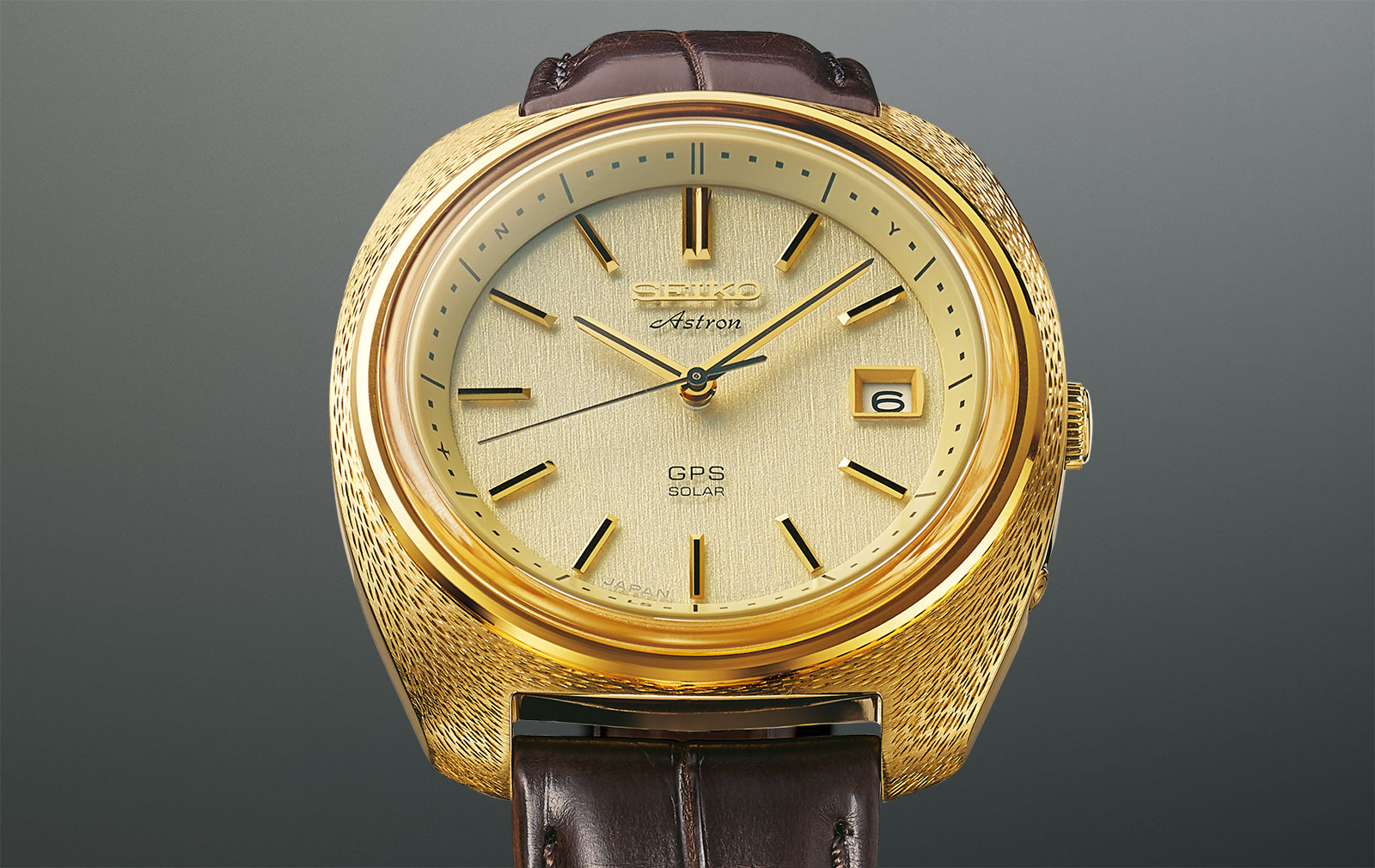 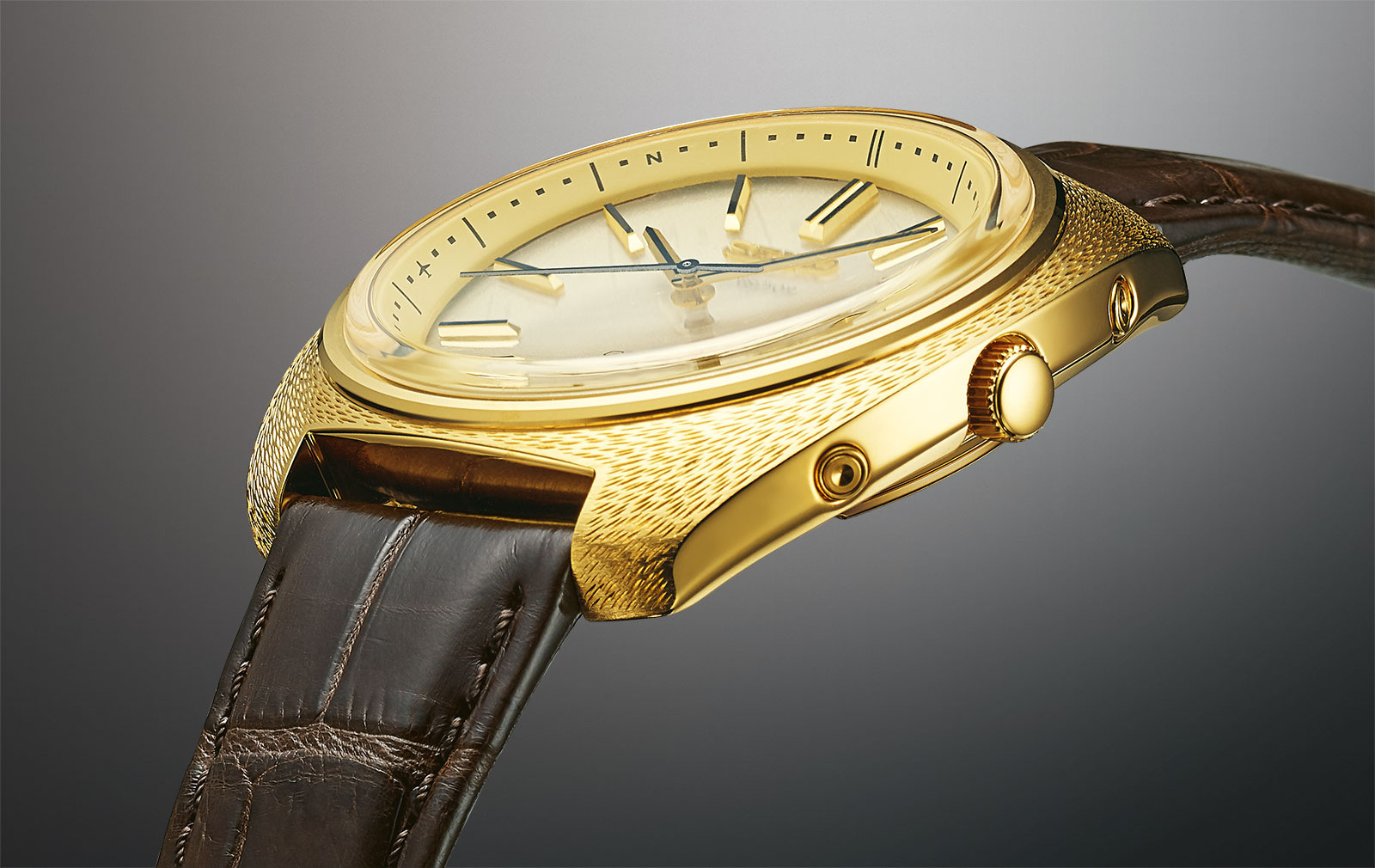 The case of the Astron anniversary is 18k yellow gold and cushion-shaped like the original, but slightly larger at 40.9mm in diameter. The top surface of the case is “hand carved” with a fine, grain-like motif echoing the textured finish of the vintage Quartz Astron. And the pattern on the remake is a reference to itself: the carved grain motif is executed in a circular manner around the bezel, a nod to the fact that Seiko has come full circle in reproducing the 1969 design.

Similarly, the dial on the new watch has a vertical, linear graining, also inspired by the finish on the original. 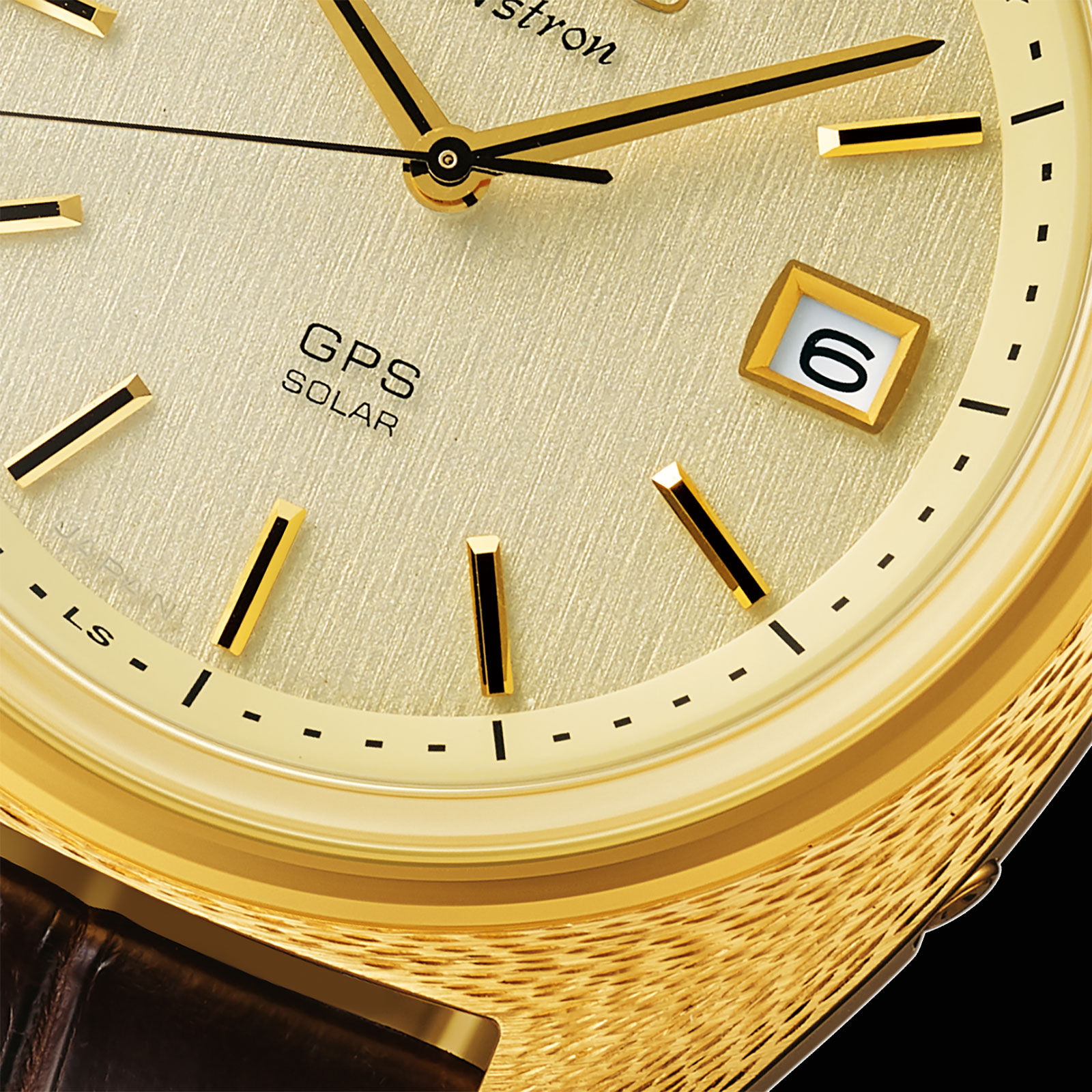 Detail of the anniversary Astron 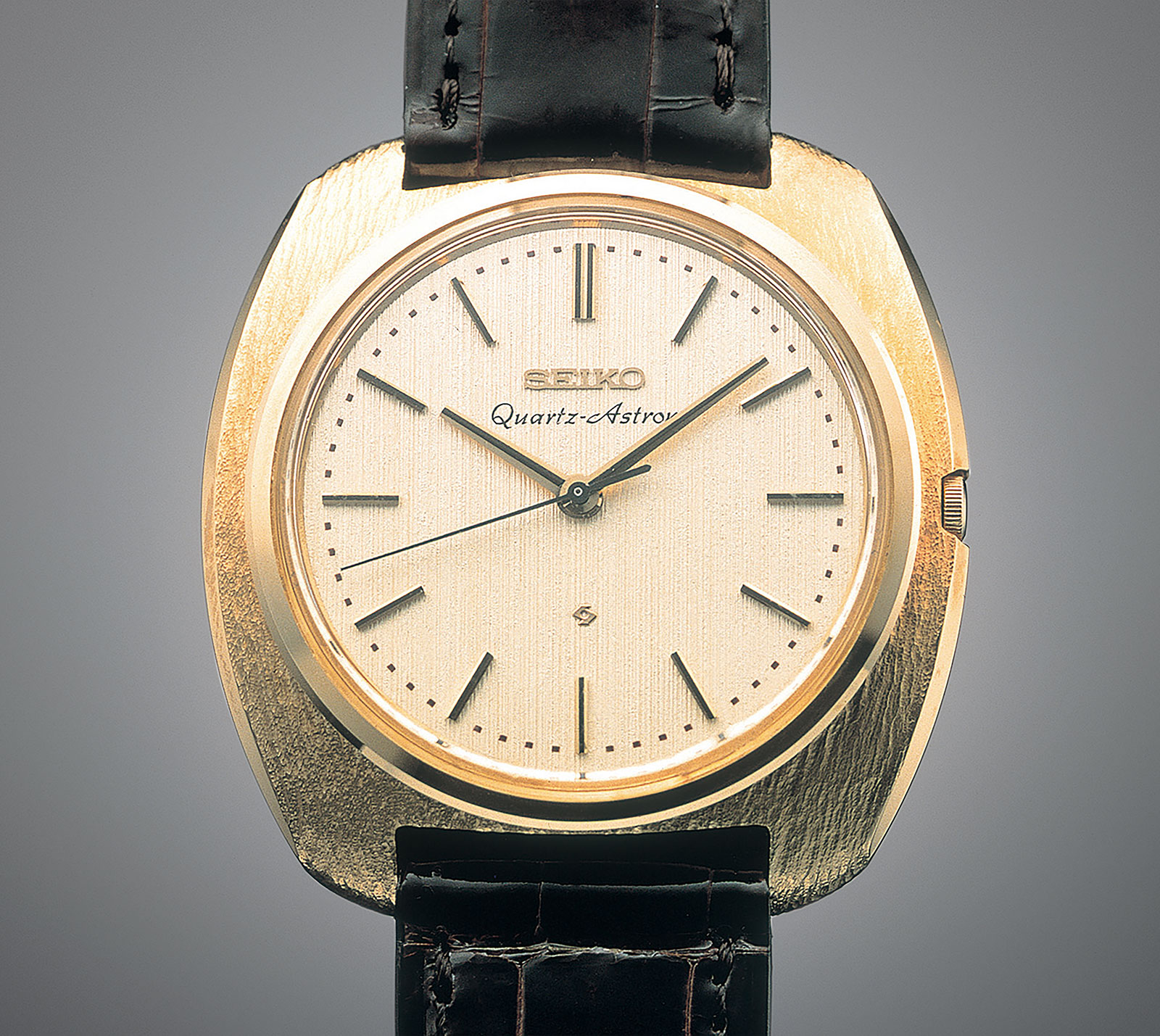 The original Quartz Astron of 1969

But the movement is completely 21st century. It’s the calibre 3X22, the “world’s thinnest GPS solar” movement, according to Seiko. 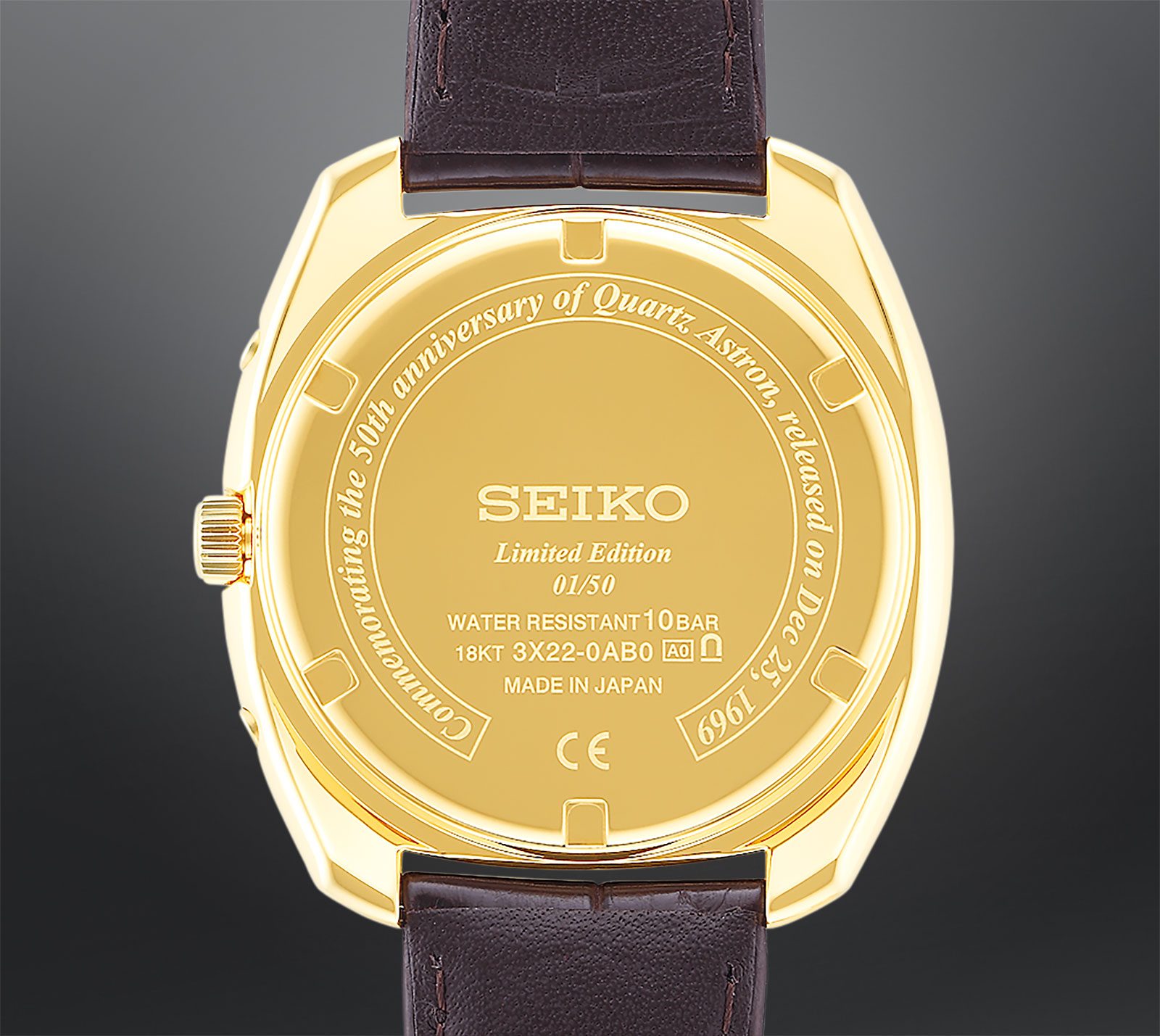 And it also accounts for changing time zones – a recessed button in the case activates the time zone correction function that swiftly moves the hour hand to the new time zone.

The date window at three is actually a perpetual calendar that is programmed till the year 2100. 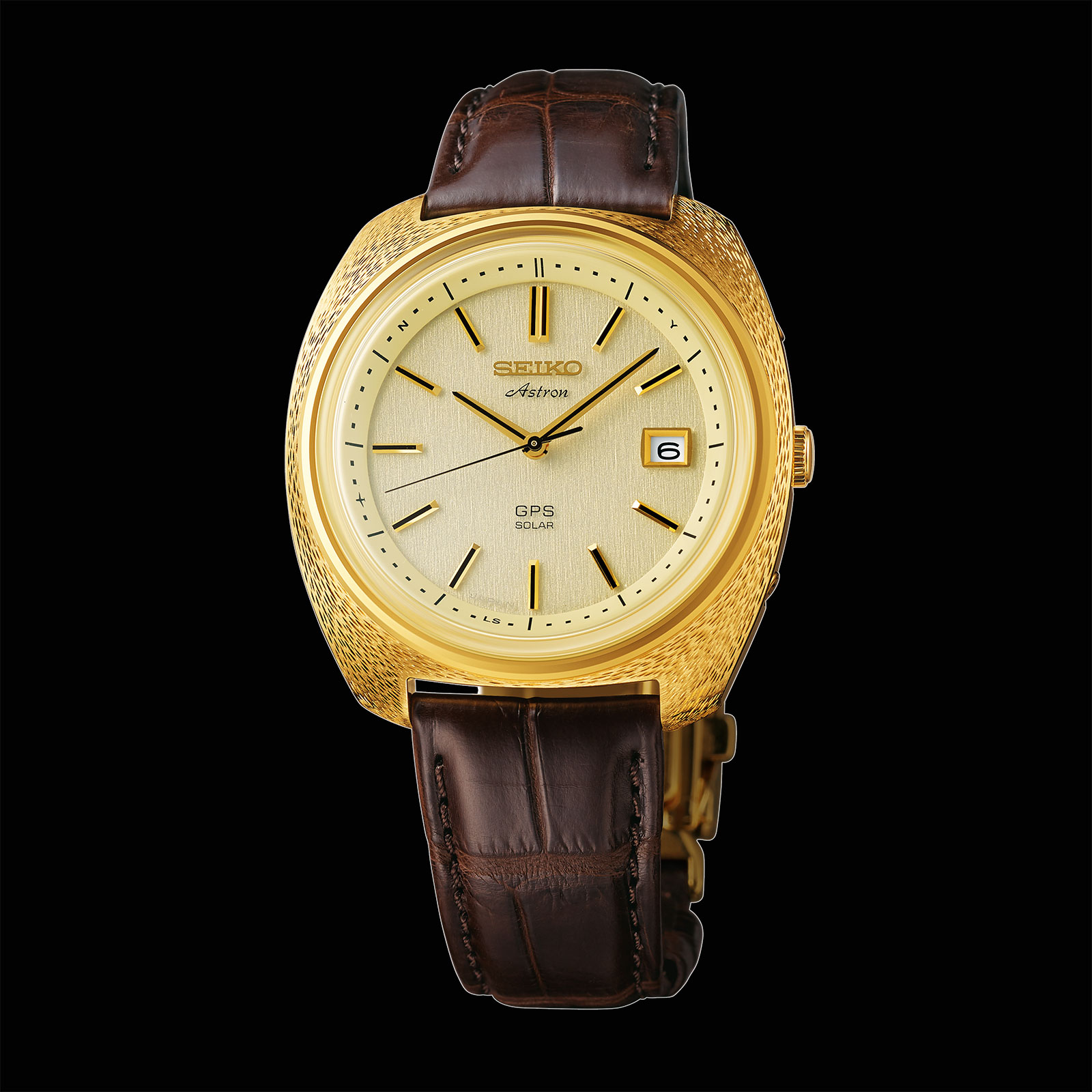 Once fully charged, the watch will run for six months on standard mode. But in power-save mode, which means no GPS sync, it’ll run for two years. According to Seiko, it takes about 75 hours to fully charge in conditions similar to a cloudy day with sunshine.