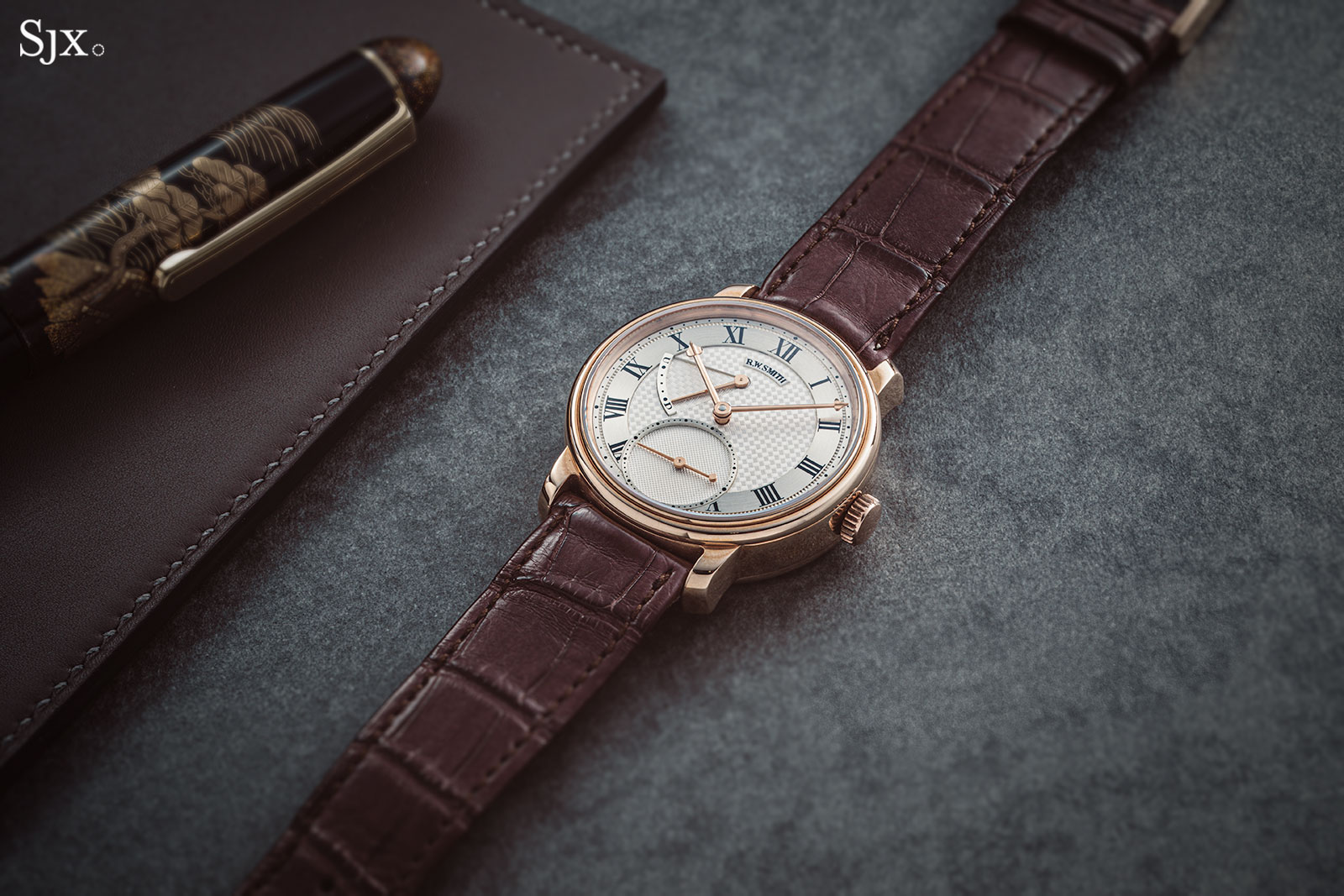 The Phillips Perpetual boutique in London officially opens this week with 40 watches encompassing all important genres of watch collecting, from a Rolex Daytona “John Player Special” to a Patek Philippe Nautilus “Jumbo” ref. 3700 (from the collection of Jean-Claude Biver no less). But one of the flagship offerings is an important example of independent watchmaking – a Roger W. Smith Series 2 “Edition 2” that’s “No. 1”.

It is very much a quintessential, early Roger W. Smith creation with the hallmark elements of his watchmaking. But the watch is also historically interesting, being an example of the road not taken for Mr Smith. 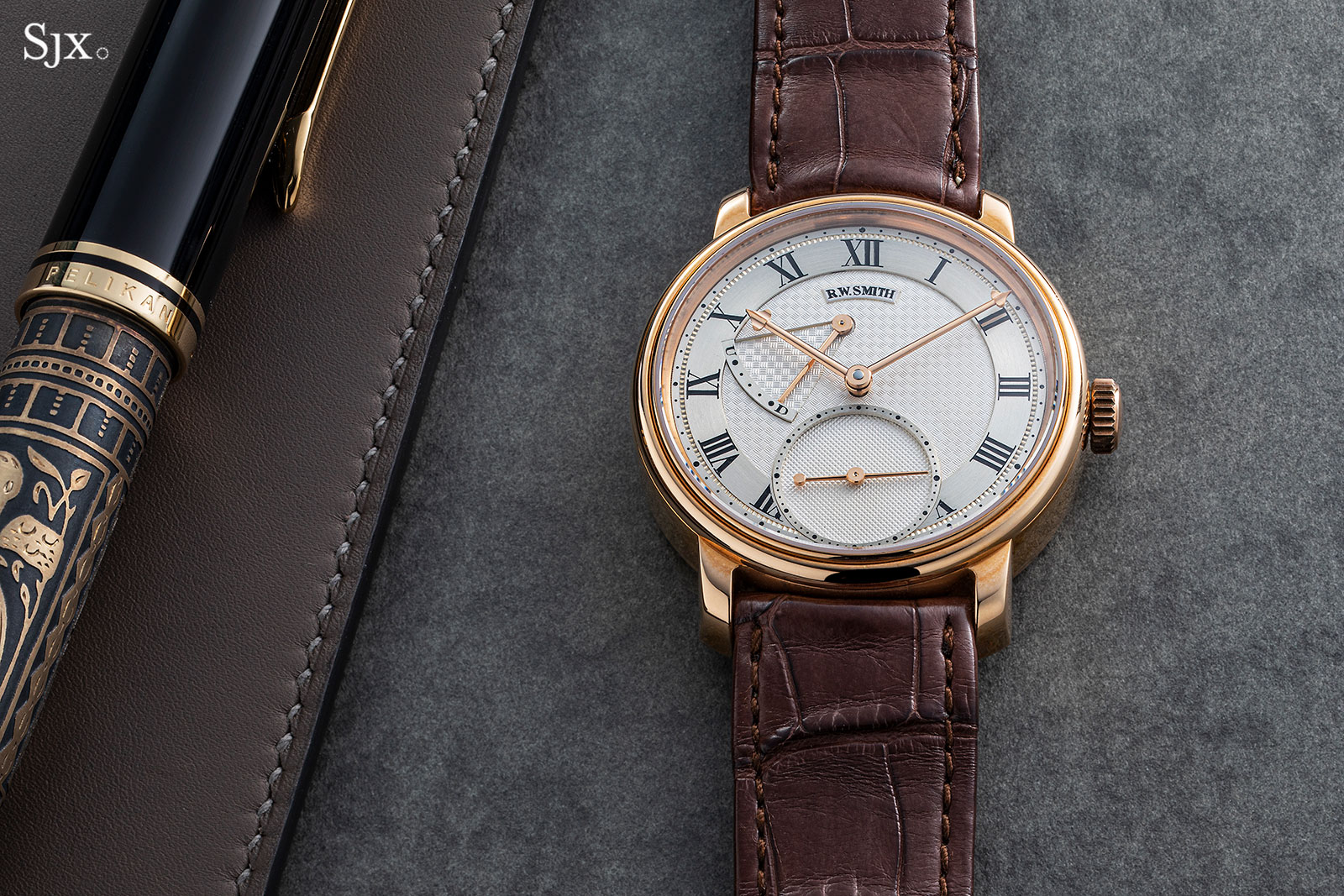 This watch illuminates an intriguing bit of early Roger W. Smith history. Shortly after Mr Smith delivered the first batch of Series 2 watches in late 2007, he decided to create the “Edition” concept. According to Mr Smith, the idea was to produce Series 2 as a limited edition of 90 watches in total, with 30 watches in each colour of gold.

All Edition watches had 38mm cases and solid silver dials; the Edition 1 was in yellow gold, Edition 2 in rose, and Edition 3 in white gold. At the same time, Mr Smith also offered custom versions of the Series 2, which were also available in a platinum case. 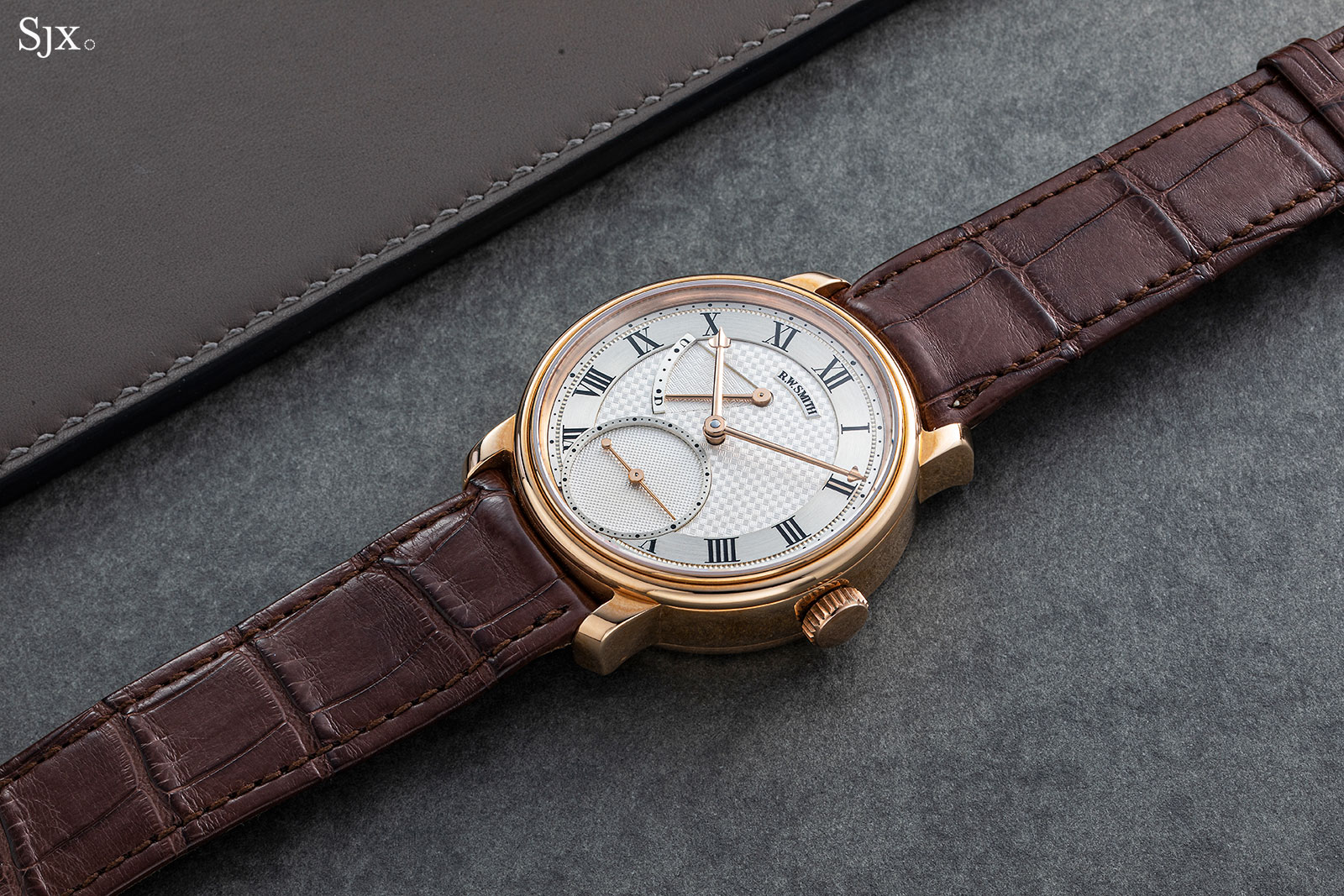 But as it turned out, most clients wanted a custom watch, rather than an Edition example. So Mr Smith discreetly abandoned Edition not long after, and only a five of each Edition were made. This is one of the five Edition 2s in rose gold.

A good measure of how much time has passed since the Edition watches were launched is the original retail price, which was around the £50,000 mark including local taxes. The Edition 1 in yellow gold was the least expensive, being slightly over £48,000, while the white gold Edition 3 was the priciest at almost £52,000.

This Series 2 was delivered in mid 2008, though the case is hallmarked for 2007. The case is 38mm, with the signature narrow bezel of Mr Smith’s smaller case size that gives the watch a more classical style. It also has the rounded edges and high, stubby lugs that characterise his earliest watches; his current watches have a more elegant, curved form.

And because this particular watch was hardly worn – it spent most of its life in a safe – the case has developed oxidisation on the case. 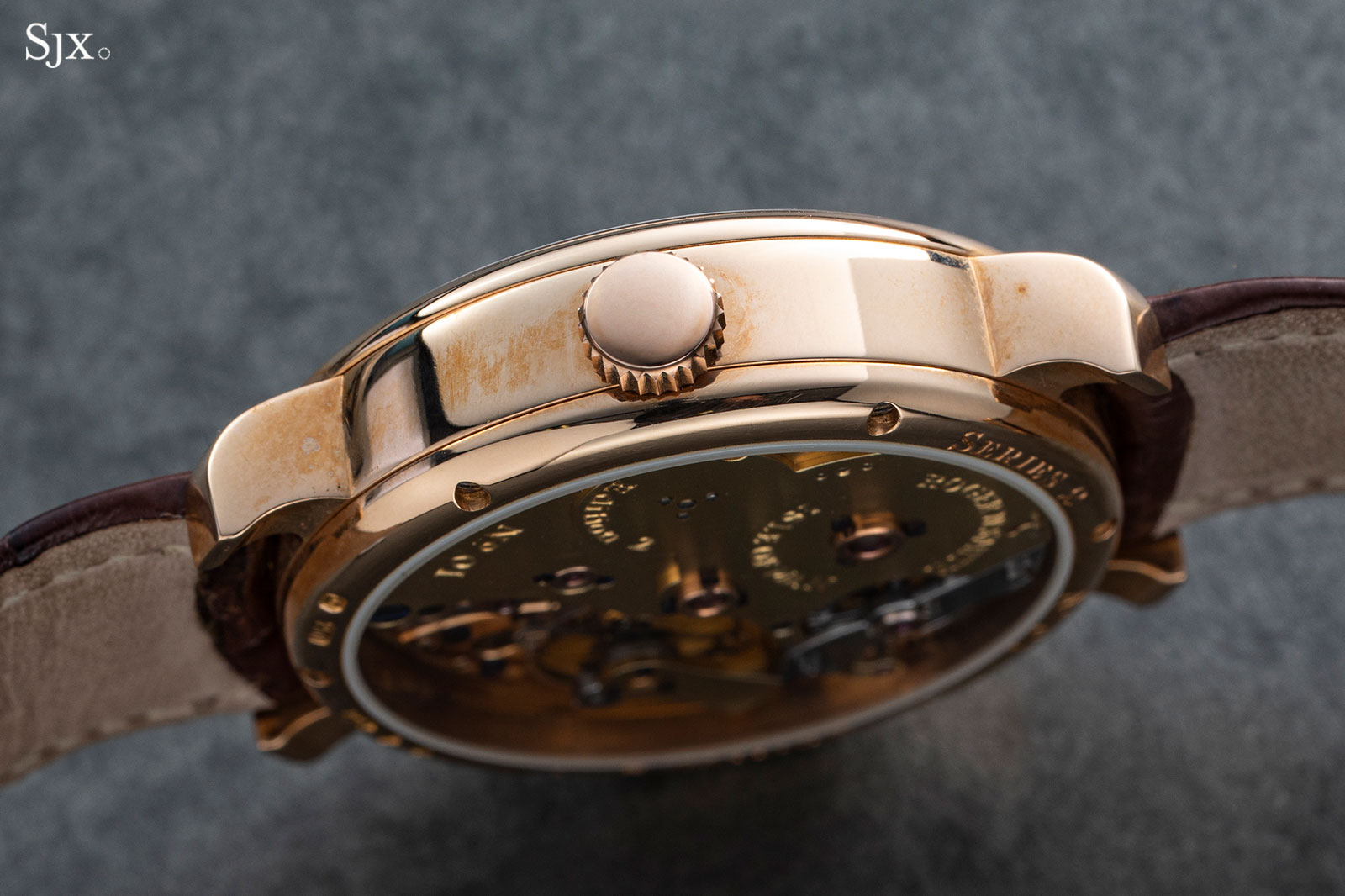 Examined up close, the watch has all the distinctive details of early Roger Smith production, illustrating its hand-made character.

Many elements are not as sharply refined as on his current watches, reflecting its origins in the early days of Mr Smith’s career as a solo watchmaker. The engraving on the dial and movement, for instance, is slightly irregular at certain points. 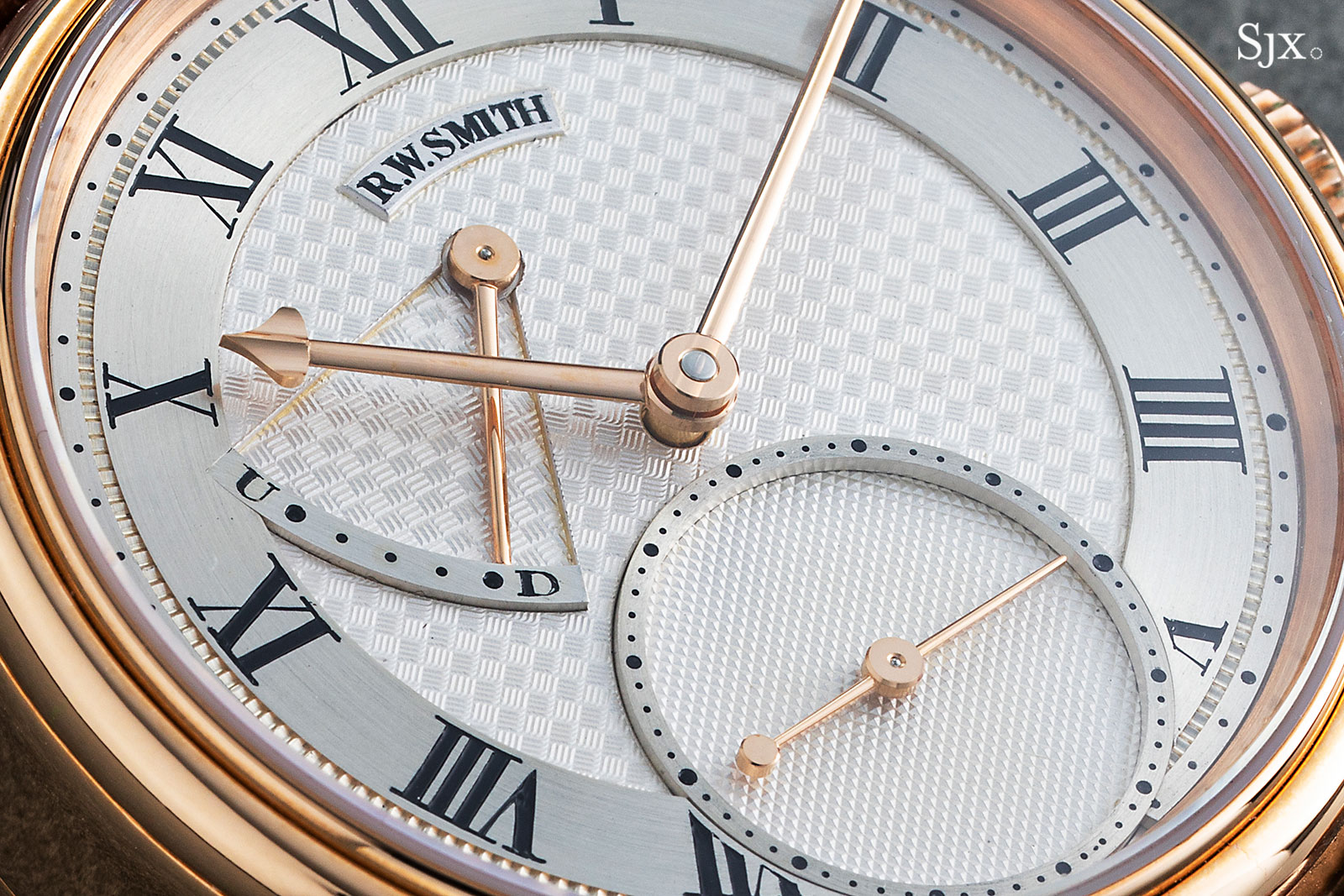 Subsequent iterations of the escape wheel further improved its design, resulting in the current generation escape wheel of 2015 that has recognisably longer outer teeth. 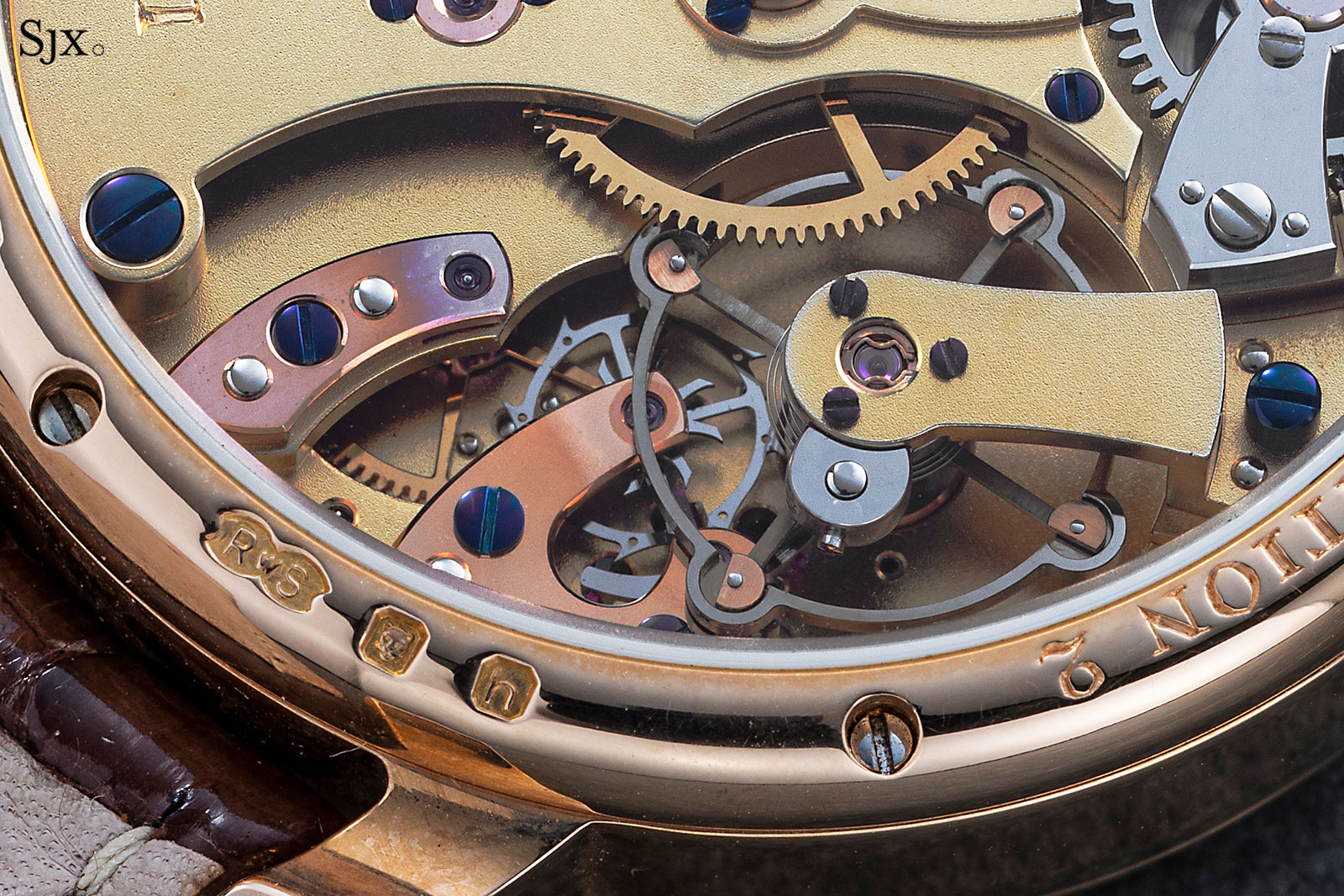 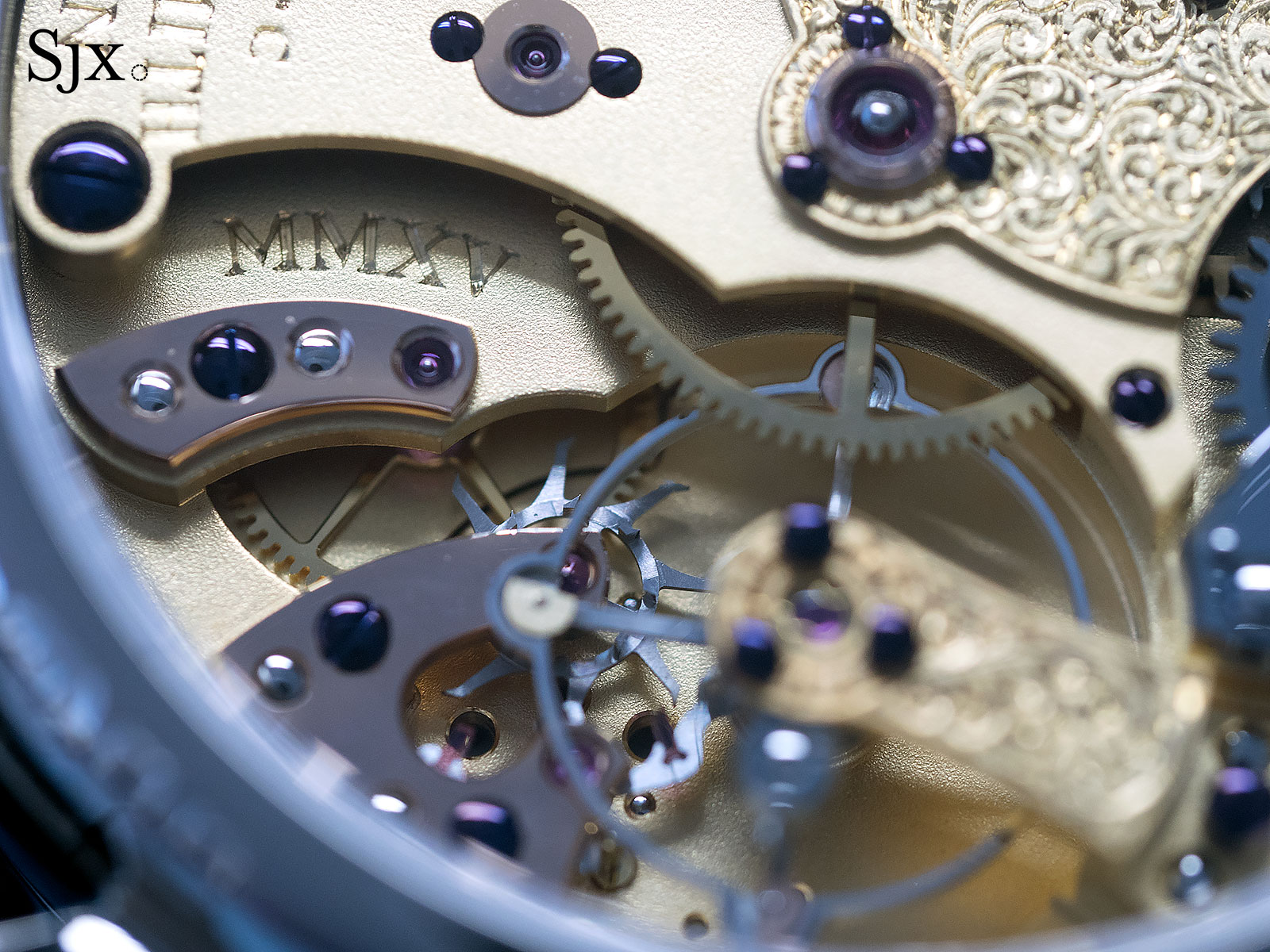 The Series 2 “Edition 2”, along with the rest of the line-up, can be seen at Phillips’ London showroom. Perpetual is also being launched with a panel discussion on the evening of September 4; to register for the event, RSVP with Phillips.