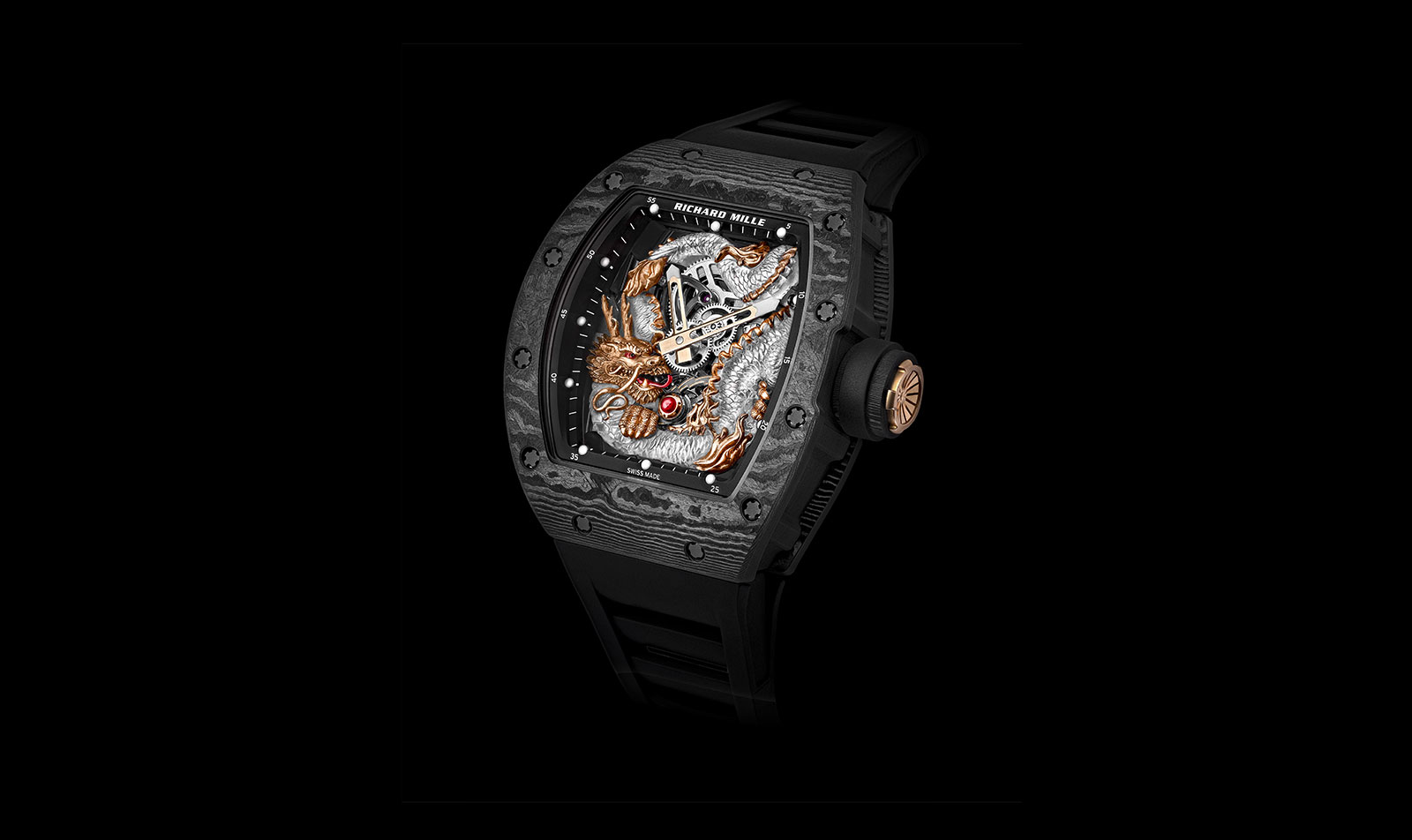 Most of Richard Mille’s recent – and bestselling – watches have mainly been ultra-light and extremely technical in terms of materials and styling. The new RM 57-03 Tourbillon Sapphire Dragon is different. Instead it harks back to an earlier era of Richard Mille from not too long ago, when decorative techniques were employed to create unusually intricate watches like the Boucheron tourbillon.

Originally unveiled in 2012, the RM 57-01 was initially launched as the “Jackie Chan” edition, designed in collaboration with the Hong Kong action star and bearing a miniature dragon sculpture on the movement. Subsequent iterations included the RM 57-02 where the dragon was replaced by a falcon, a motif popular in the Gulf. 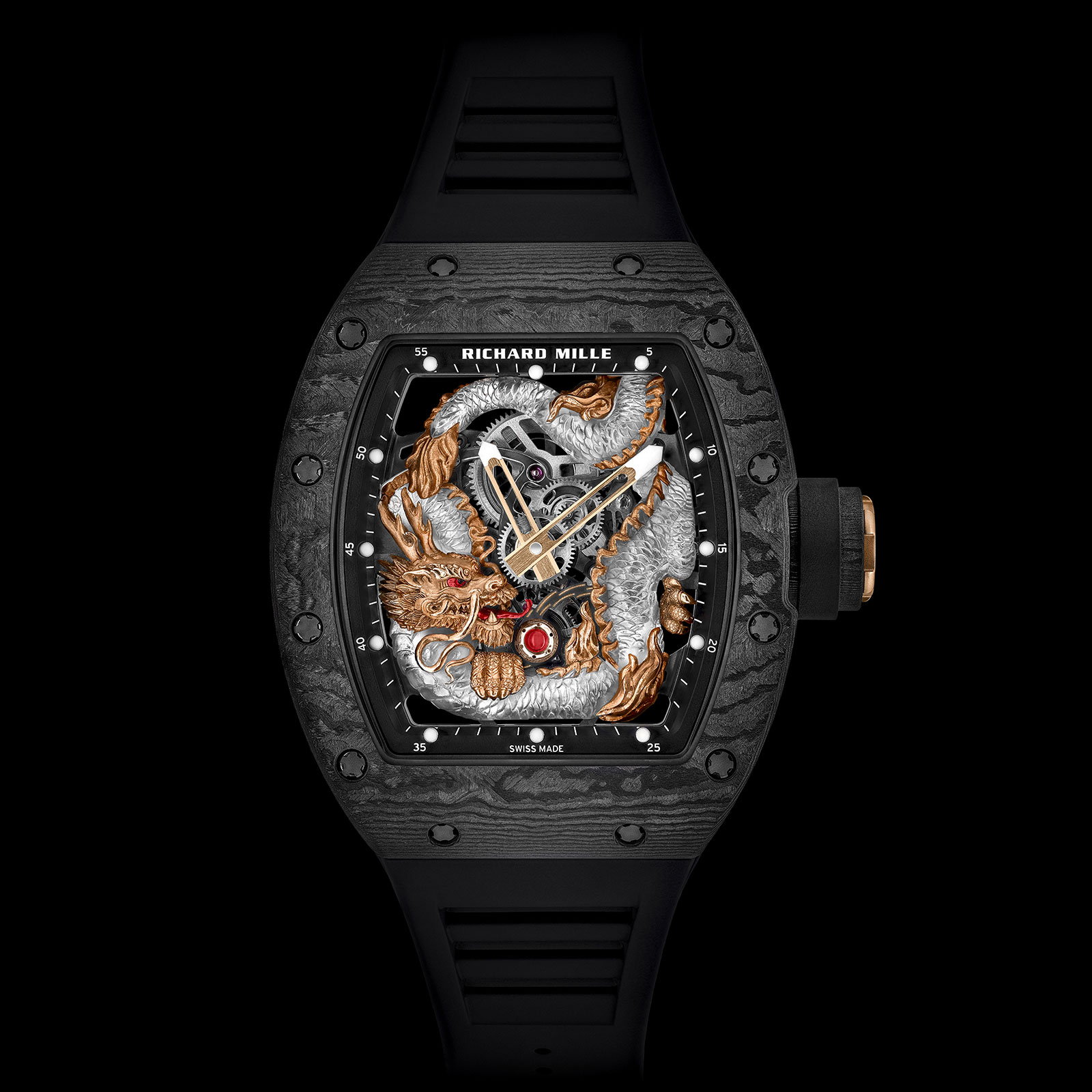 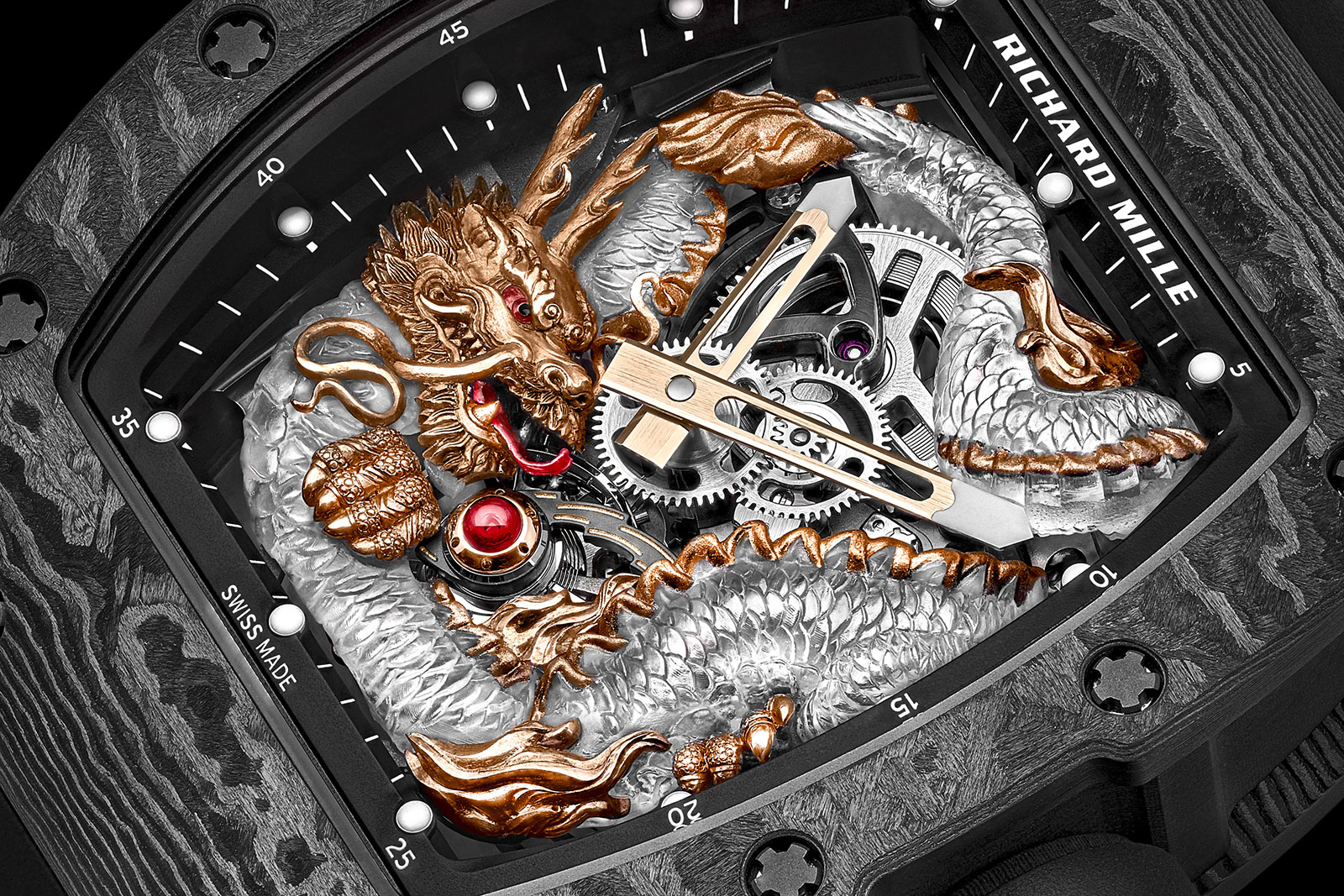 Available only in Asia, the RM 57-03 Tourbillon Sapphire Dragon is essentially a variant of the RM 57-01 the dragon executed in sapphire crystal and gold, the first time Richard Mille has created a sculpture in that material. 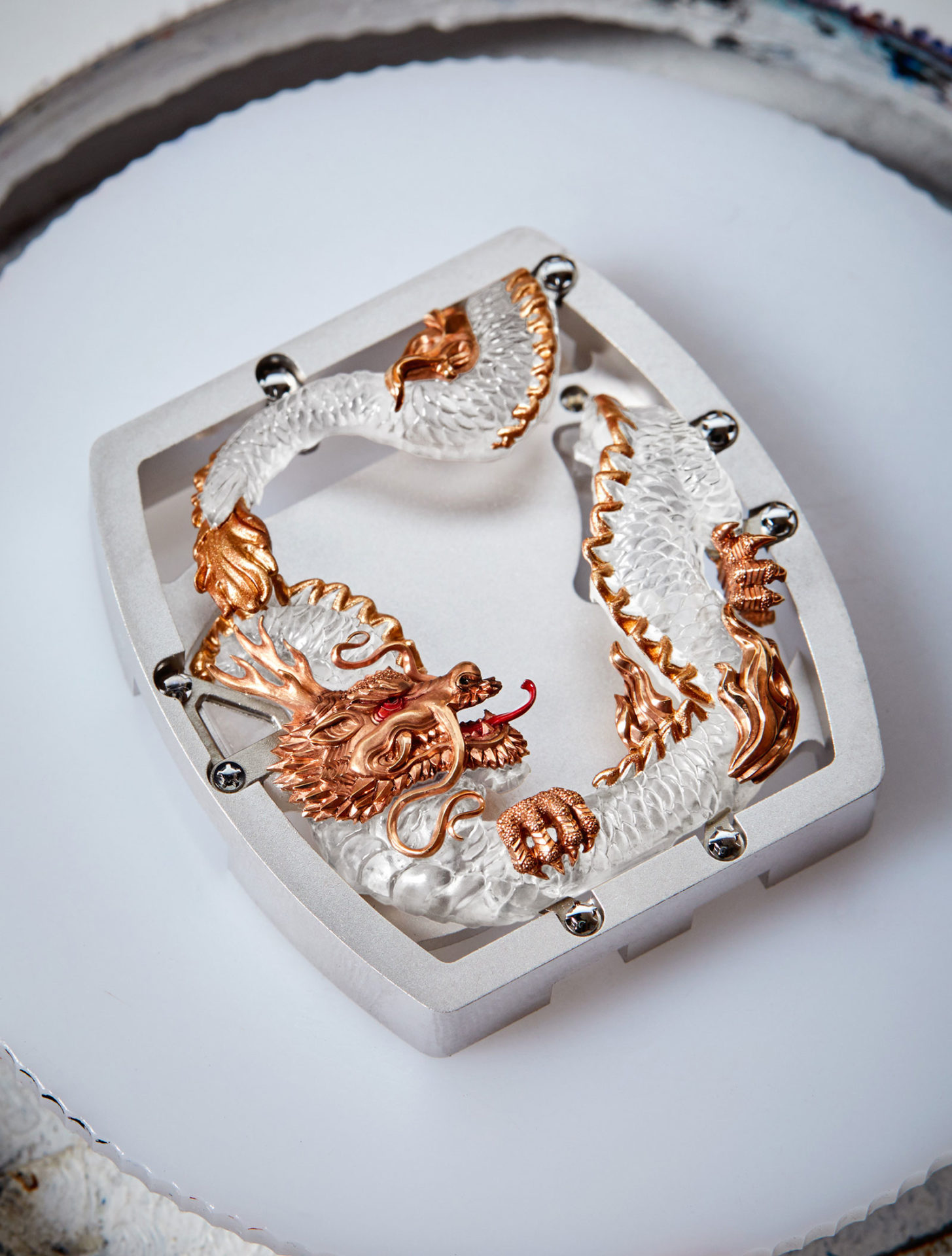 The sapphire dragon is anchored to the movement ring with screws

Produced by Olivier Vaucher, a micro-decoration specialist in Geneva that serves brands including Roger Dubuis, Van Cleef & Arpels and Zenith, the sapphire body of the dragon is first milled from a block of sapphire, and then laser engraved to create its detail. Then the engraving is finished and polished by hand. The sapphire pieces are then joined to solid red gold components that make up the dragon’s head, tail, limbs and spine. To highlight the dragon’s tongue and eyes, both are painted red with a tiny brush. And to match that, the endstone of the tourbillon is a large, round ruby in a rose gold chaton. 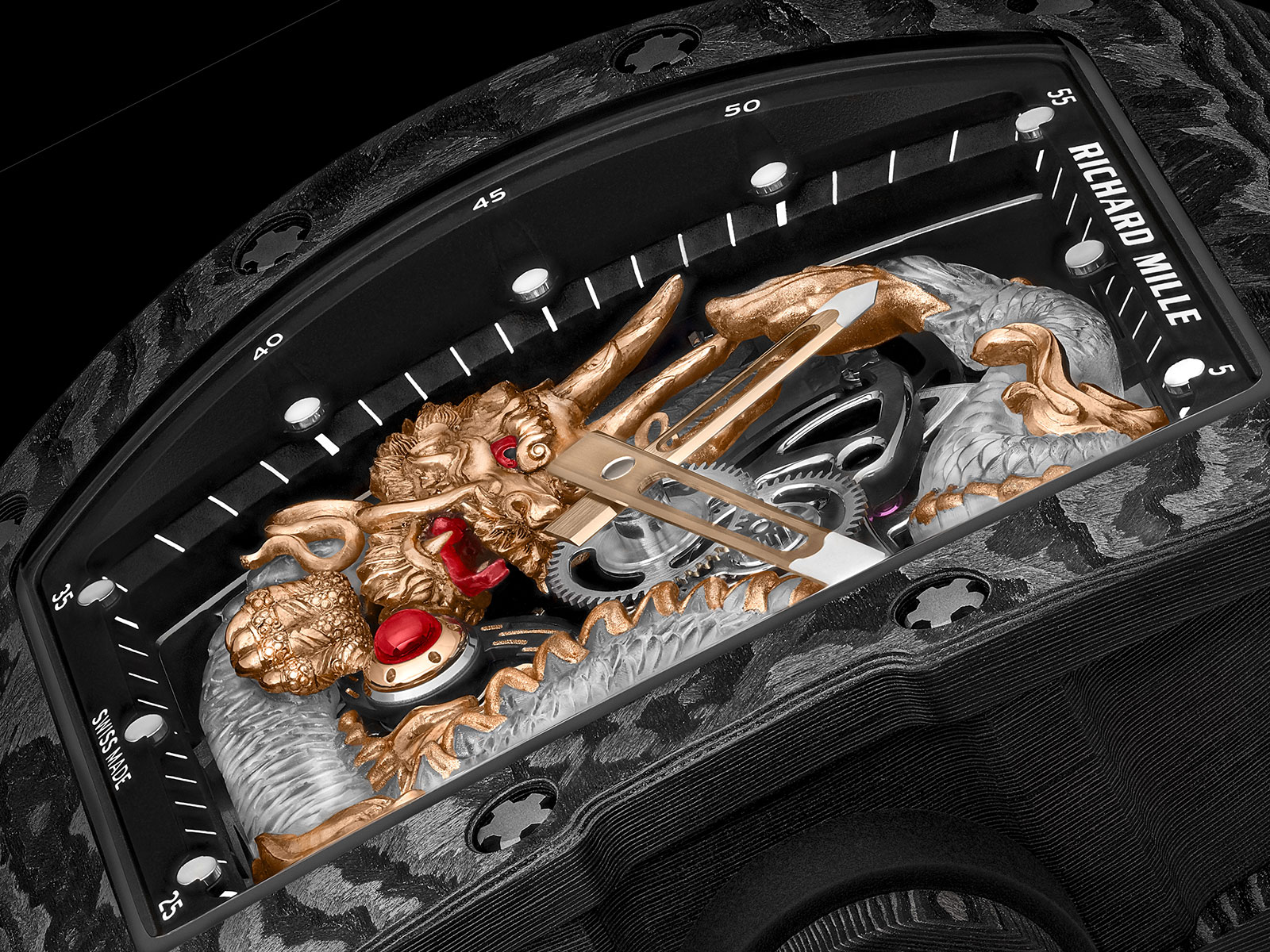 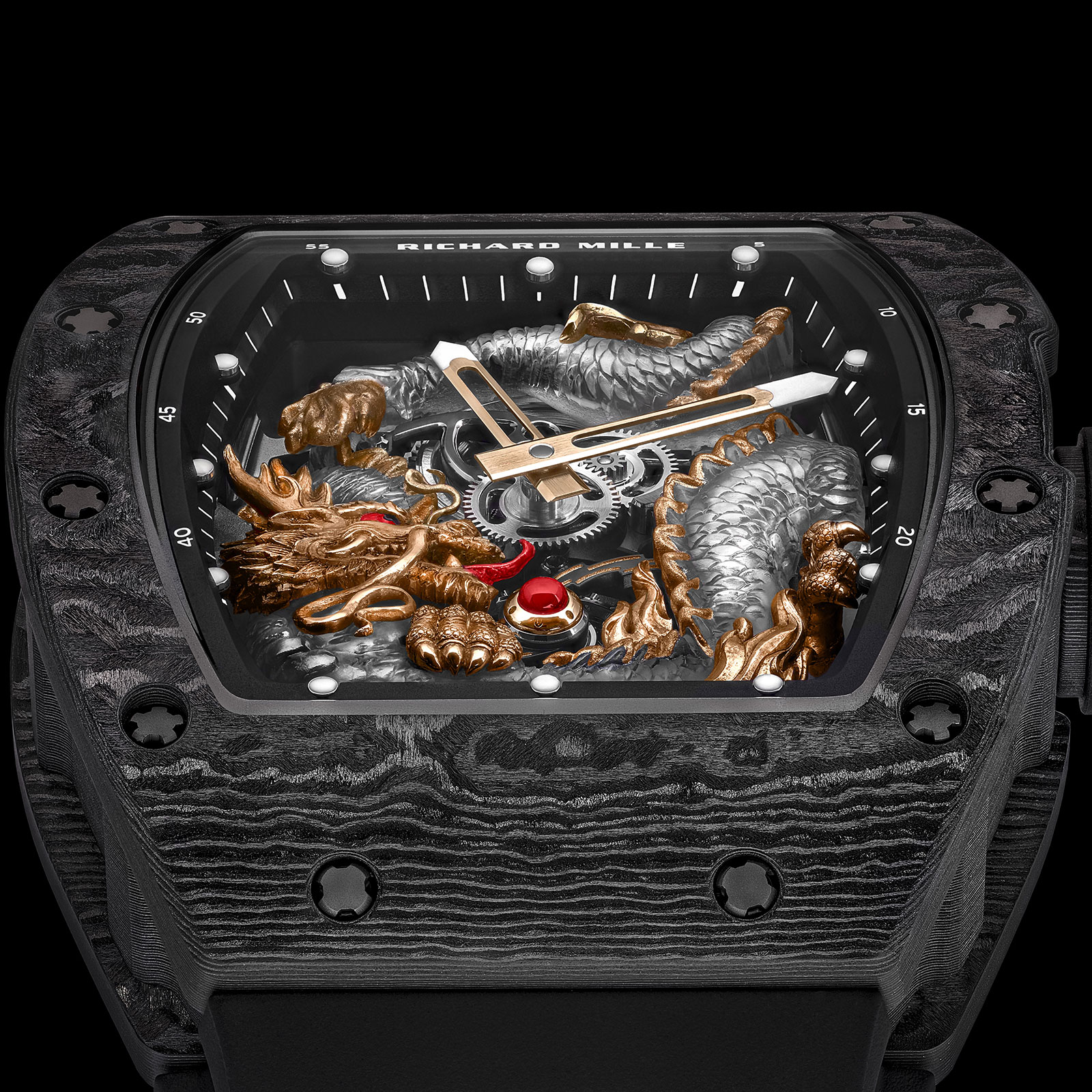 The watch is powered by the cal. RM 57-03, a variant of the hand-wound movement that is found in most Richard Mille tourbillons. It’s produced by Renaud & Papi, the complications workshop of Audemars Piguet. Here the movement base plate has been open-worked in a spiral pattern. 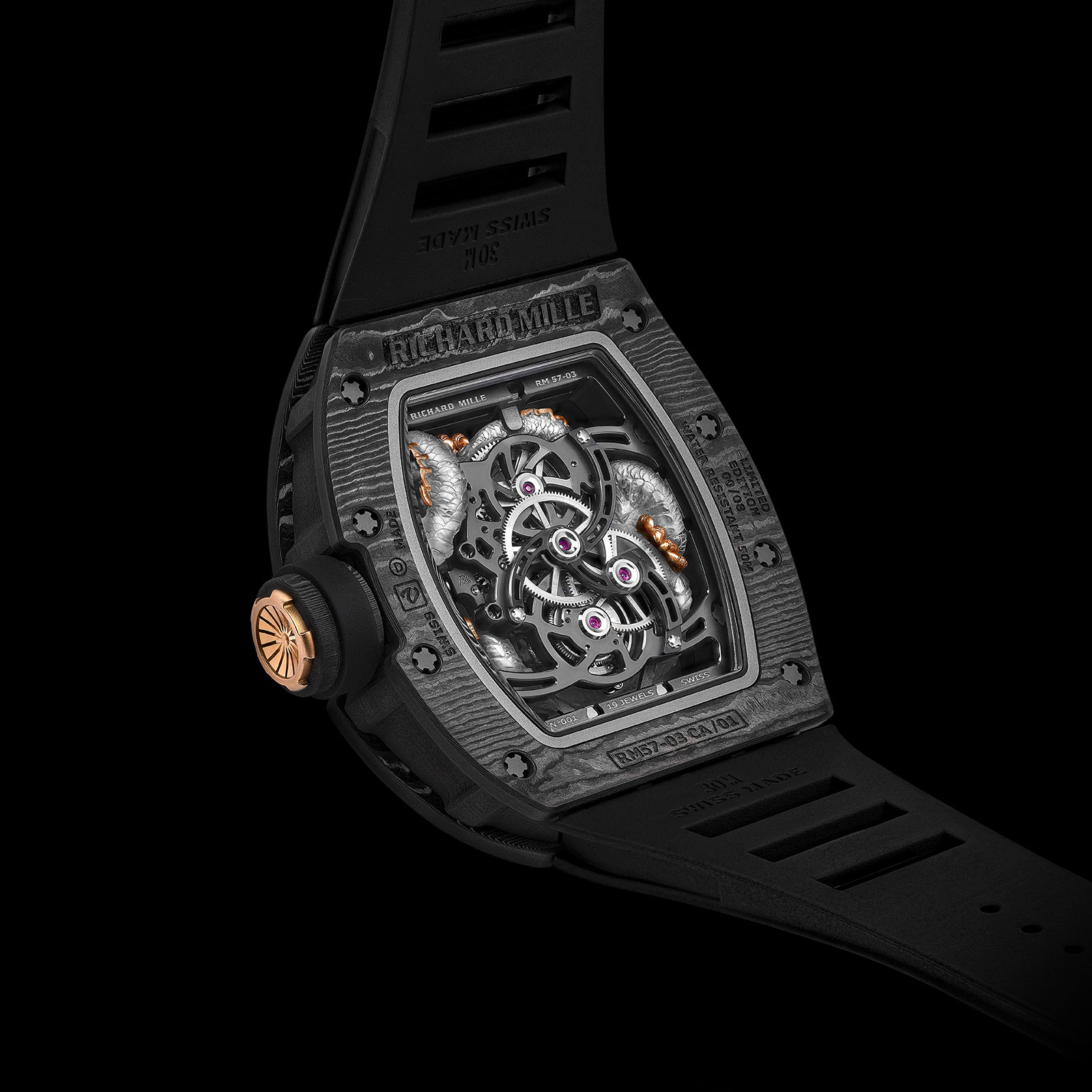 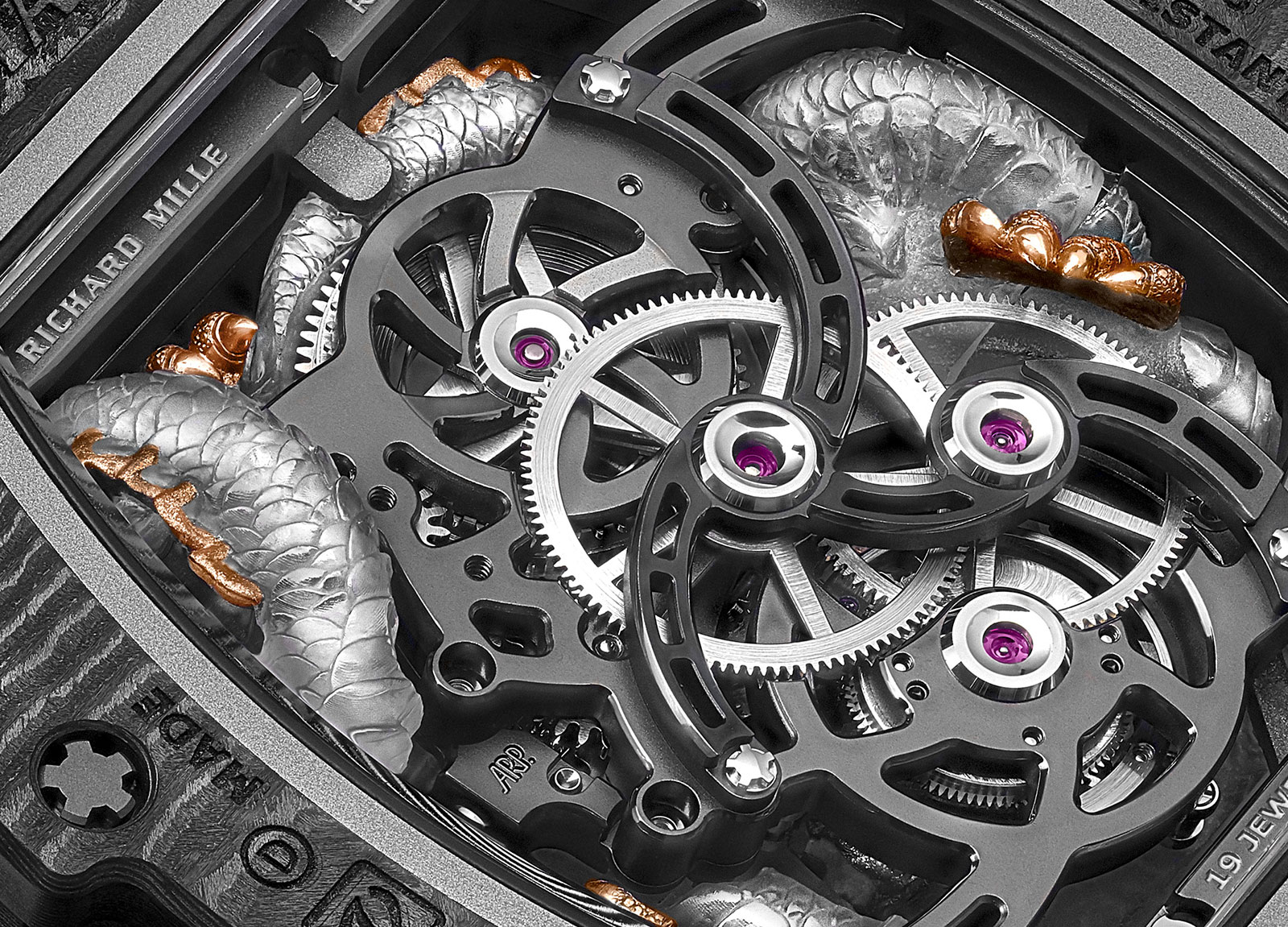 The watch pictured has a case made of NTPT Carbon, a carbon composite made by Swiss carbon specialist North Thin Ply Technology (NTPT). The layers of carbon inside create its distinctive grained appearance.

Other versions of the RM 57-01 will be produced, including five with a clear sapphire case. 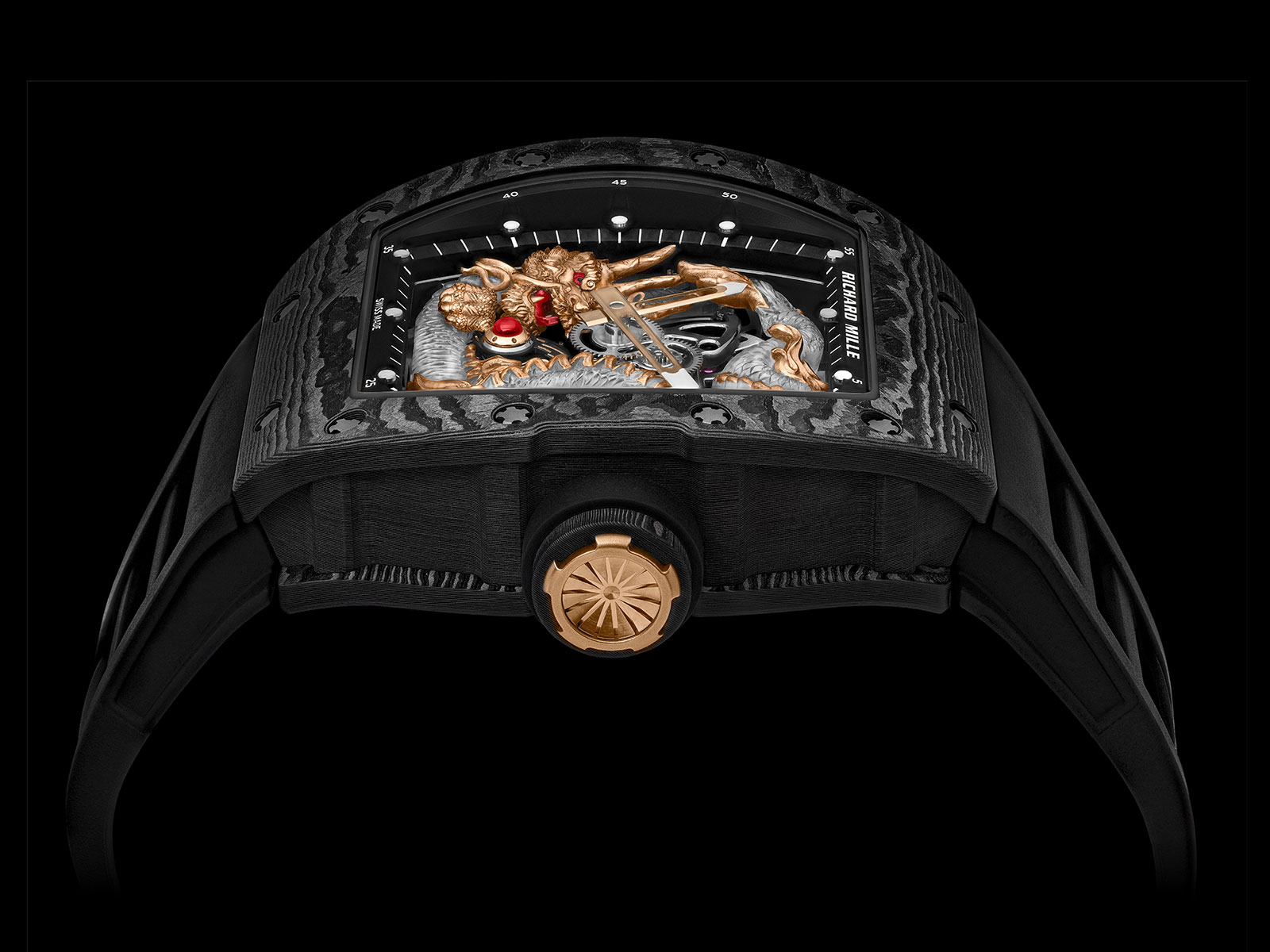 The RM 57-03 Tourbillon Sapphire Dragon is a limited edition of 55 watches, all available only at Richard Mille boutiques in Asia.

Within the 55 pieces there will be variations in case material as well as the style of the dragon inlay. Five of the watches will have a clear sapphire crystal case.

Prices are unavailable, but expect the base model in NTPT Carbon to start at approximately US$950,000.