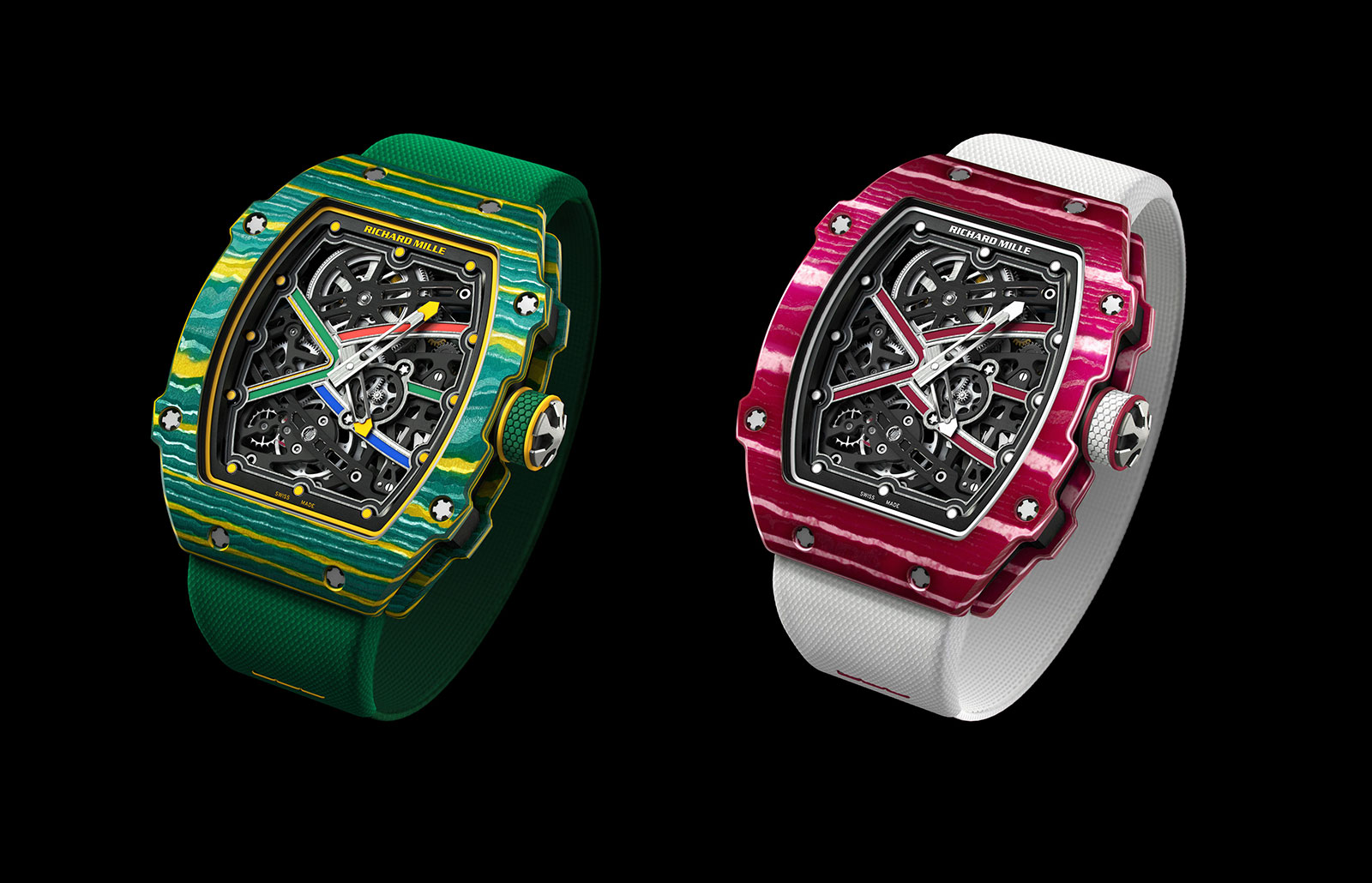 Introduced just before the 2017 IAAF World Championships in London, the pair of new RM 67-02 automatics have been designed for Richard Mille‘s ambassadors who will be both competing at the athletics competition. Created to be worn while on the track – and captured by all the cameras in attendance – the RM 67-02 weighs just 32 grammes, making it the lightest self-winding watch in the Richard Mille collection. That’s just seven sheets of A4 paper.

The green RM 67-02 was conceived for South African sprinter Wayde van Niekerk – a world record holder and Olympic gold medallist – with the colours of his country’s flag echoed on the case and movement. That also explains the purple and white colour scheme of the second RM 67-02, which are the national colours of Qatar, the country of up and coming high jumper Mutaz Essa Barshim. While the colours differ both RM 67-02s are identical in materials and movement. The coloured front and back plates of the cases are made of Quartz TPT, while the black case bands are made of Carbon TPT. Both are carbon composites made by North Thin Ply Technologies (NTPT), a Swiss materials specialist, with the banded appearance the result of the carbon fibre layers and coloured resin binders. Both new models are based on the extra-flat RM 67-01, and equipped with the same in-house CRMA7 movement that has a rotor with carbon composite spokes and a white gold outer mass. As with many movements used in Richard Mille watches, the base plate and bridges of the CRMA7 are titanium. The RM 67-02 is fitted to a seamless elastic strap, similar to that found on the RM 27-03 Tourbillon Rafael Nadal.