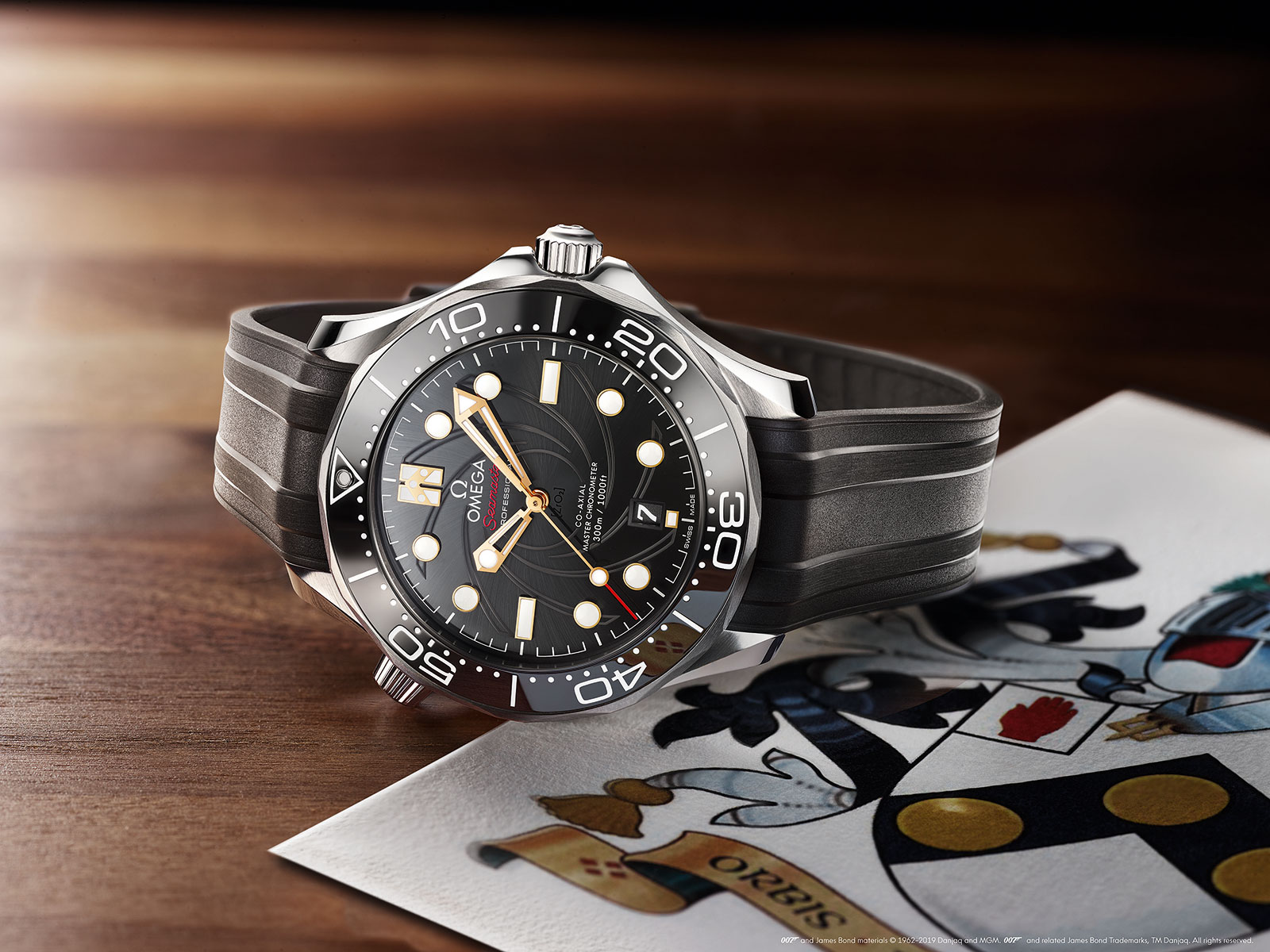 Omega’s carefully paced rollout of thematic watches is building up to next year’s release of No Time to Die, the 25th James Bond film and perhaps Daniel Craig’s last outing as 007. With the upcoming film seven months away, the just-announced Seamaster Diver 300M instead celebrates the 50th anniversary of On Her Majesty’s Secret Service (OHMSS), the 1969 James Bond adventure that was the one and only time Australian actor George Lazenby played Bond.

In the usual style of a James Bond edition, the OHMSS edition is a standard model that’s been face-lifted to include numerous details referring to 007. The base watch is the 42mm Seamaster Diver 300M with a steel case. Here the dial is black PVD-coated, black ceramic dial that’s engraved with the familiar gun barrel spiral motif and the base of a bullet at its centre. 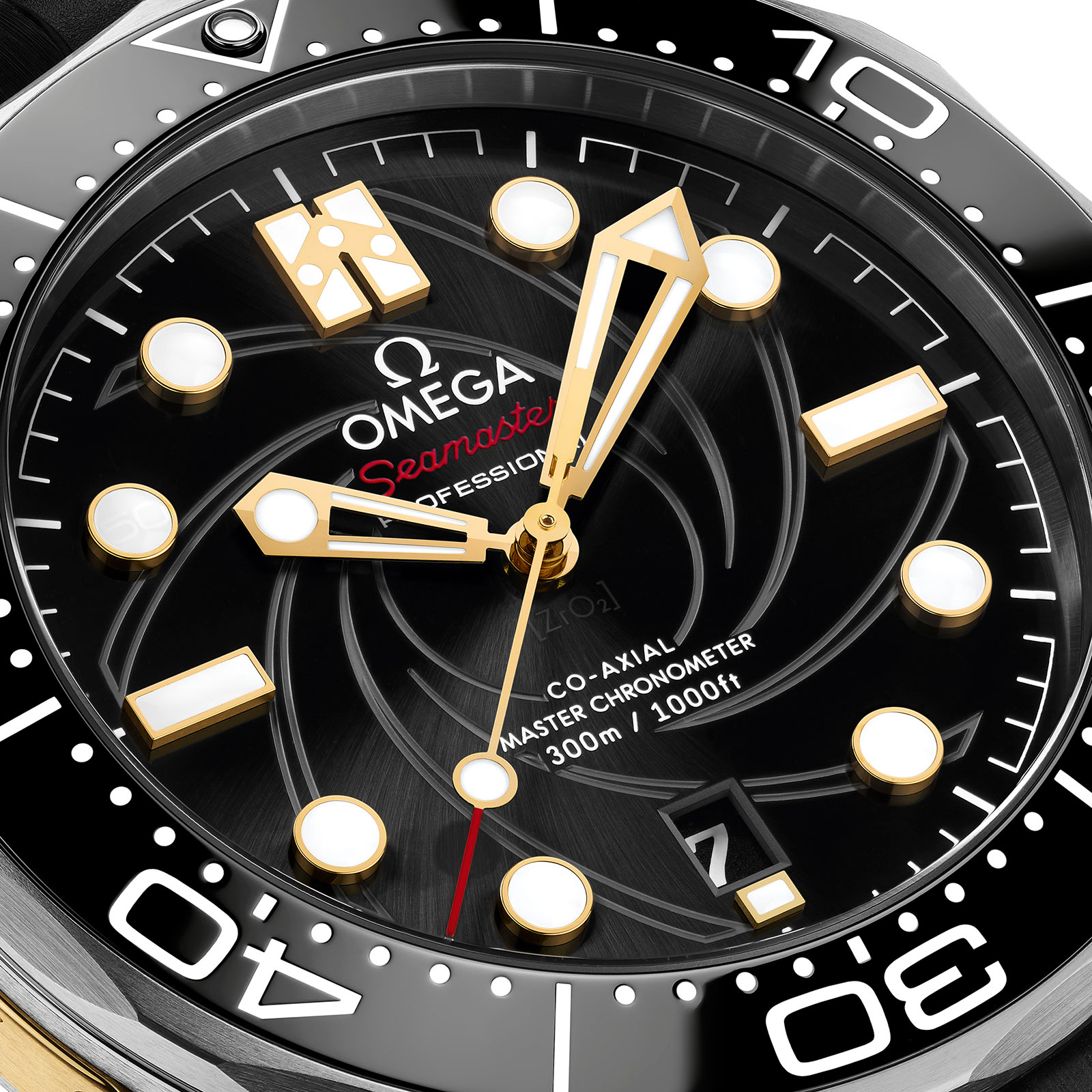 The hands and indices are 18k yellow gold, with the 12 o’clock marker being featuring the three spheres from the fictional Bond family coat of arms. Two less obvious details lie in the date disc, which has its “7” rendered in the “007” logo, as well as the 10 o’clock marker that has a “secret signature” of “50” visible only in the dark within the Super-Luminova.

The edition is limited to 7,007 and pieces, with an 18k yellow gold plate screwed into the side of the case bearing the individual watch number. 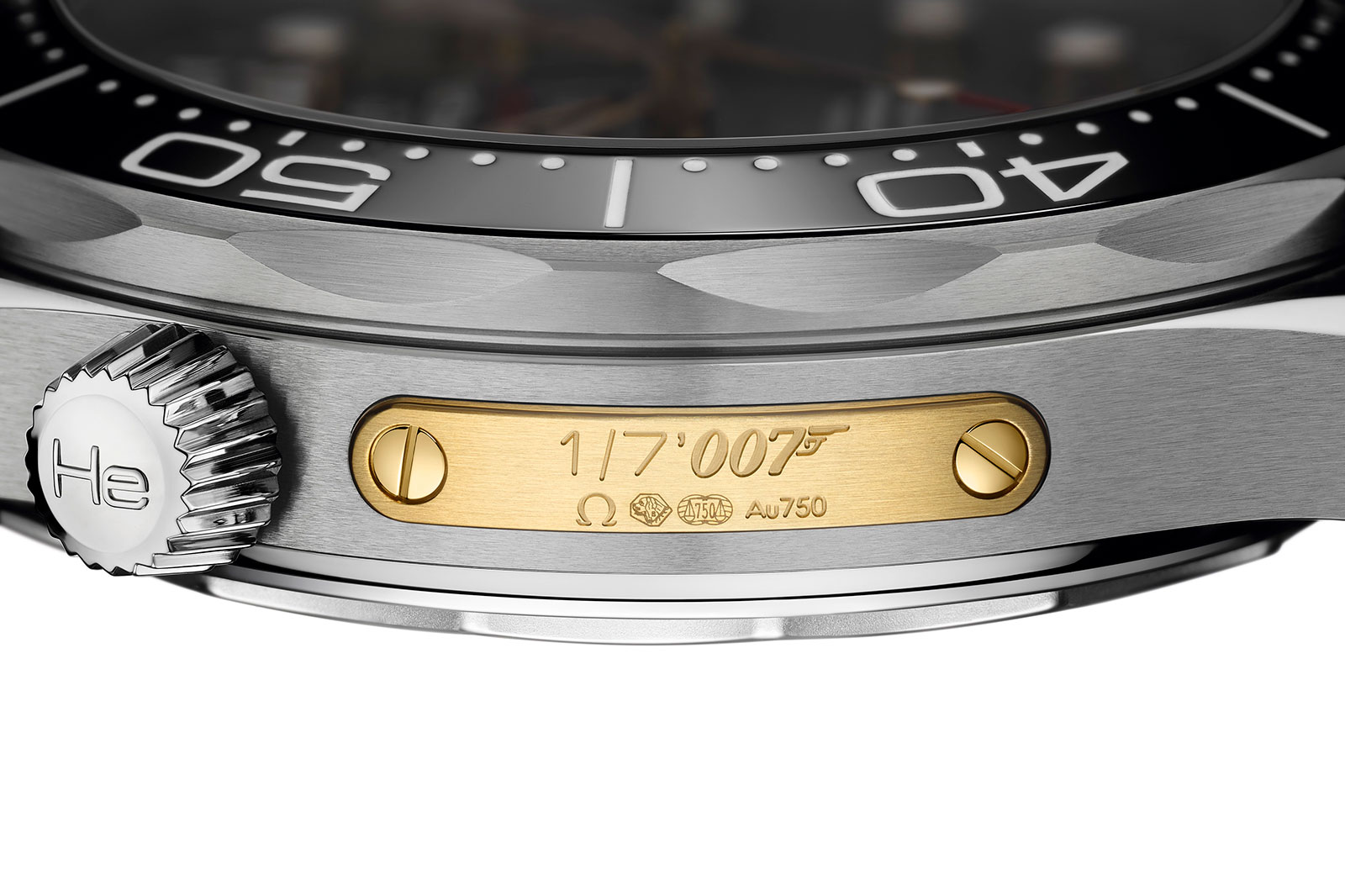 It’s packaged in a large box that includes a travel pouch emblazoned with the Bond coat of arms, as well as a steel bracelet and strap changing tool. 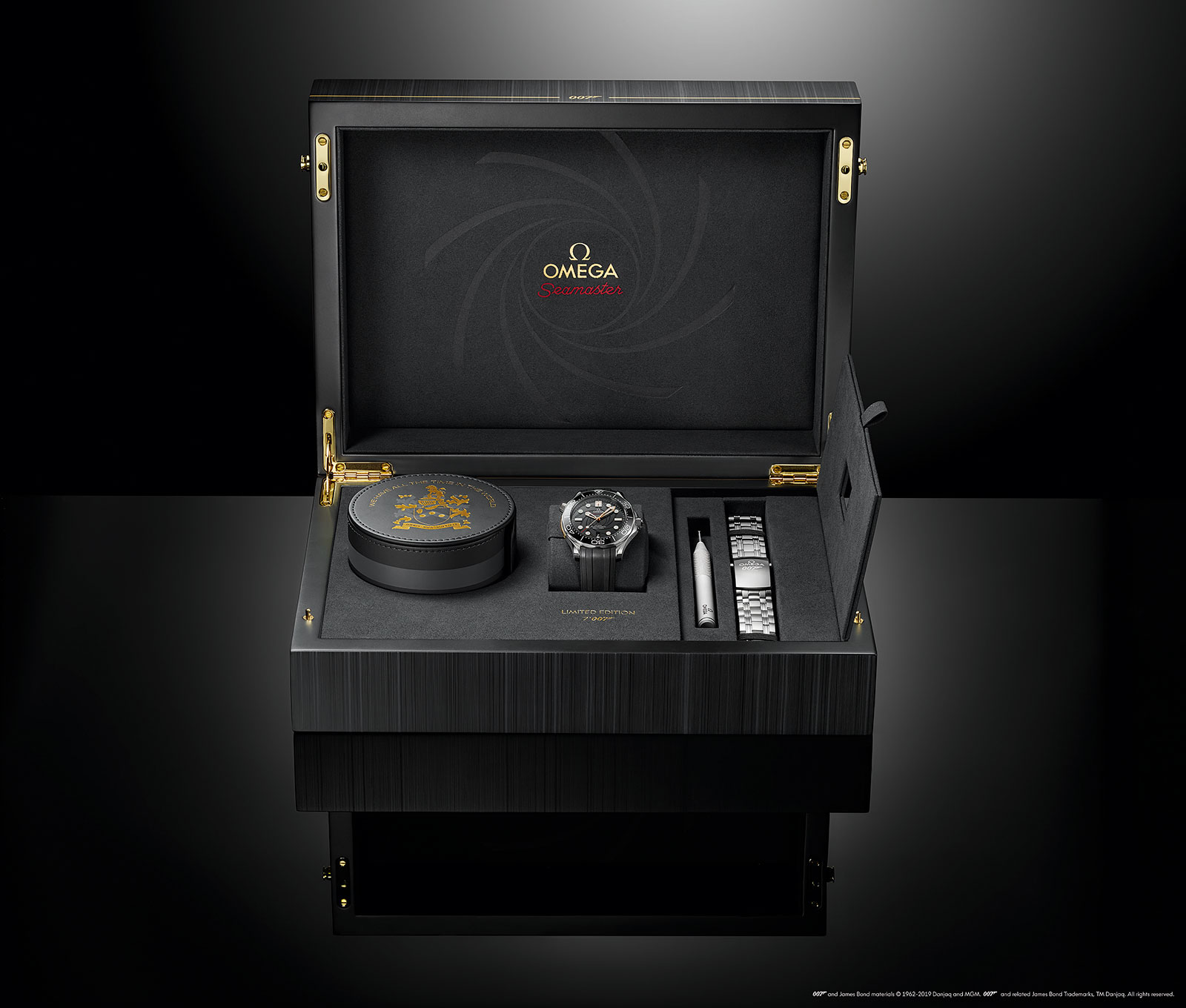 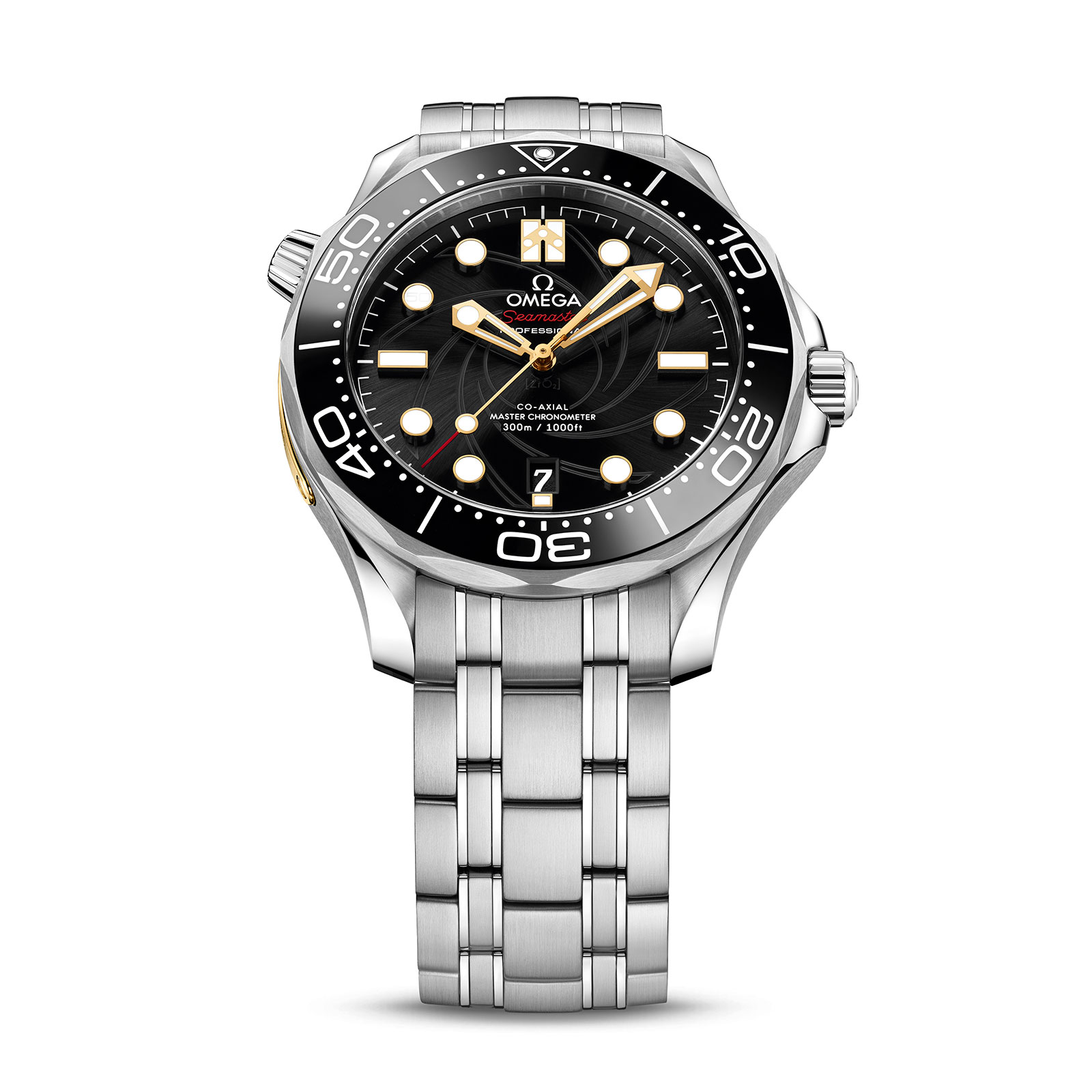 Bond details aside, the movement inside is the cal. 8800, a Co-Axial Master Chronometer with all of the tech developed by Omega in recent years, including magnetism-resistant alloys for the escapement parts and a silicon hairspring.