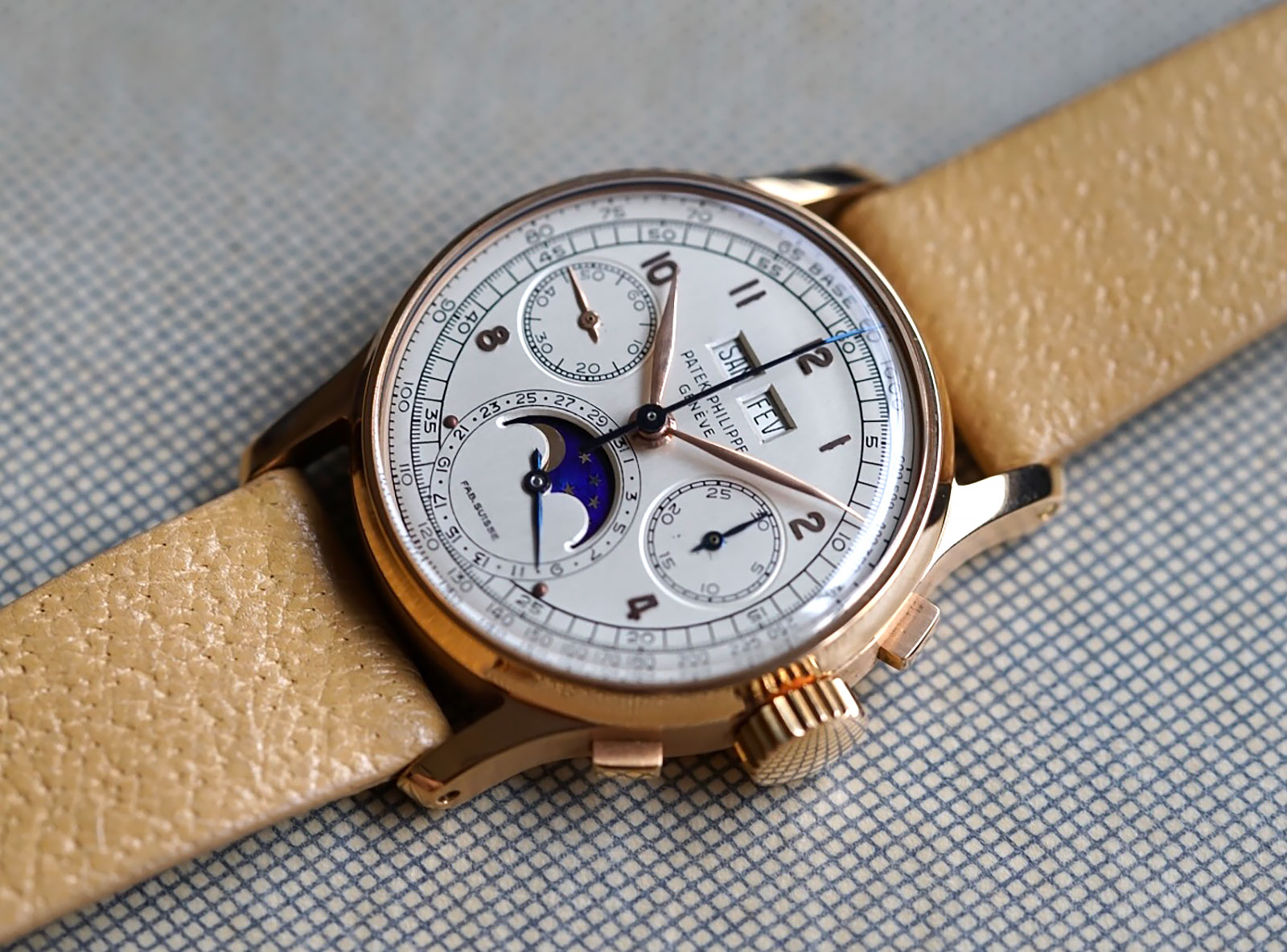 There is no real point in collecting anything unless for the sake of beauty. The moment I see a watch for the first time is always the most crucial. The pieces that ended up entering the collection always touched me viscerally when I first saw them.

Over time, almost unconsciously, as the collection took shape, the watches not only have a uniformity of standard and taste, but also reflect an intuition distinctly my own.

Taste is the developed perception of aesthetics unique to every collector, while standard pertains to quality and rarity. In the big picture, “beauty” – in both tangible and abstract terms – has come to encompass all three: aesthetics, quality, and rarity.

Passing time cannot affect an object that is truly beautiful. Just look at two of the most important Patek Philippe landmark complicated references: ref. 1518, the first perpetual calendar chronograph wristwatch in the world, and ref. 3448, the first self-winding, perpetual calendar wristwatch. Their designs are perfectly balanced, timeless, as fresh today as when they were first introduced – in the early 1940s and the early 1960s, respectively.

Fifty-eight examples of the ref. 1518 were made in pink gold, approximately two-thirds of which have been identified. Of the close-to-40 known pink 1518s, very few have survived in good condition.

Like many of the yellow gold examples and all four steel examples known, most of the pink 1518s are in either sub-par or compromised condition: many have had their dials cleaned or redone, and cases over-polished or reconditioned to look new.

For the Patek Philippe “Padellone” – or ref. 3448 – the ultimate pursuit lay in finding a pre-1970 example in white gold with a dial featuring engraved, enamelled markings – in “untouched” condition.

The vast majority of the 50 known “White Padellone” were made after 1970, the year Patek terminated the traditional, laborious practice of engraving and firing the dials with hard enamel signatures and scales – now sadly a long lost art with the passing of select skilled craftsmen – and switched to simply printing the dials, an inevitable cost-saving measure with the advent of the Quartz Crisis.

For years, obtaining the best of the few enamel-engraved white 3448s made posed a seemingly insurmountable quest, feasible only with the gracious blessing of Father Time. 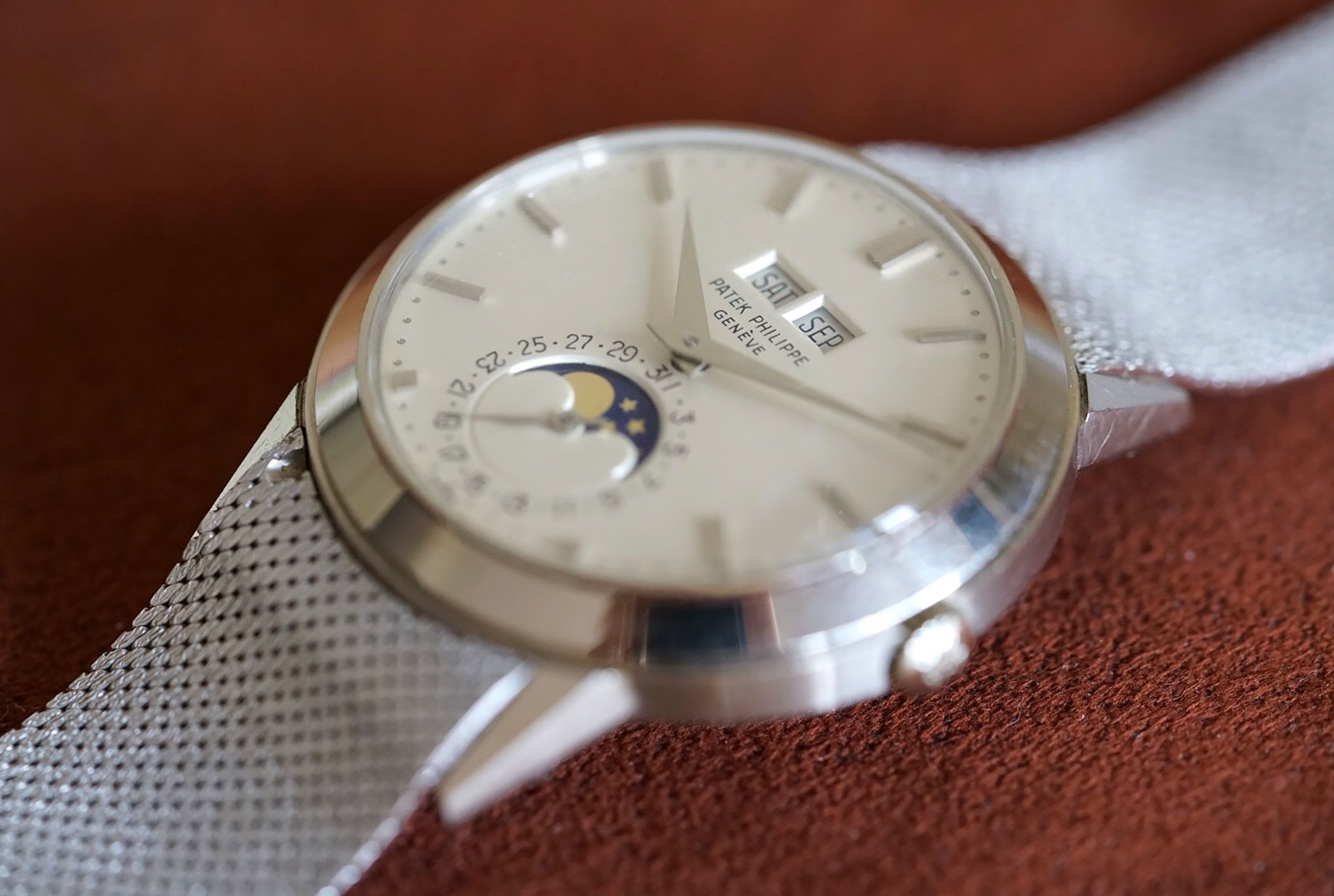 The Rolex Datocompax, specifically the four references with the iconic waterproof Oyster case made from the late 1940s to the early 1960s, was the most important complicated model ever made by the “crowned” firm along with the legendary ref. 6062.

Despite the juxtaposition of multiple calendar and chronograph complications – like its Patek Philippe contemporaries, the 1518 as well as first and second series ref. 2499 – the case, and particularly the dial, are perfectly proportioned, emanating an aura few other complicated watches can ever hope to emulate.

Produced in steel, yellow gold, and pink gold, in ascending order of rarity, the endmost target was a great example in pink gold, the rarest metal for the most complicated watch ever made by Rolex. 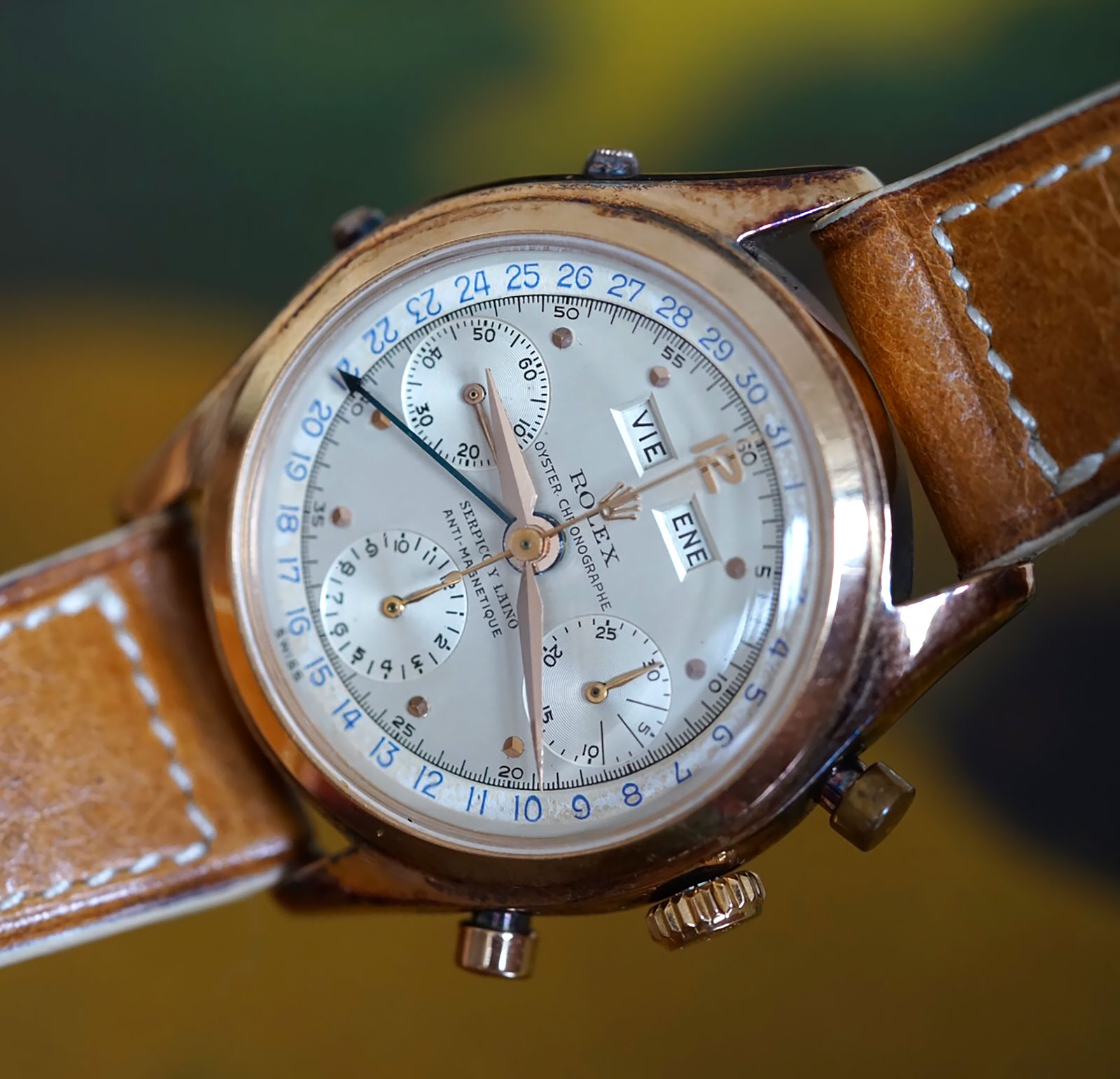 O bliss of the collector, bliss of the man of leisure! Of no one has less been expected and no one has had a greater sense of well-being than…a collector. Ownership is the most intimate relationship one can have to objects. Not that they come alive in him; it is he who comes alive in them.

Hunting down treasures, “unobtainium” so to speak, for a collection is a rewarding endeavour in and of itself, but ultimately more satisfying is the building of an extraordinary narrative during every demanding collector’s life. For me, that narrative, once vague but now unequivocal, is the never ending pursuit of the “Impossible Collection” consisting of unique watches of enduring beauty.