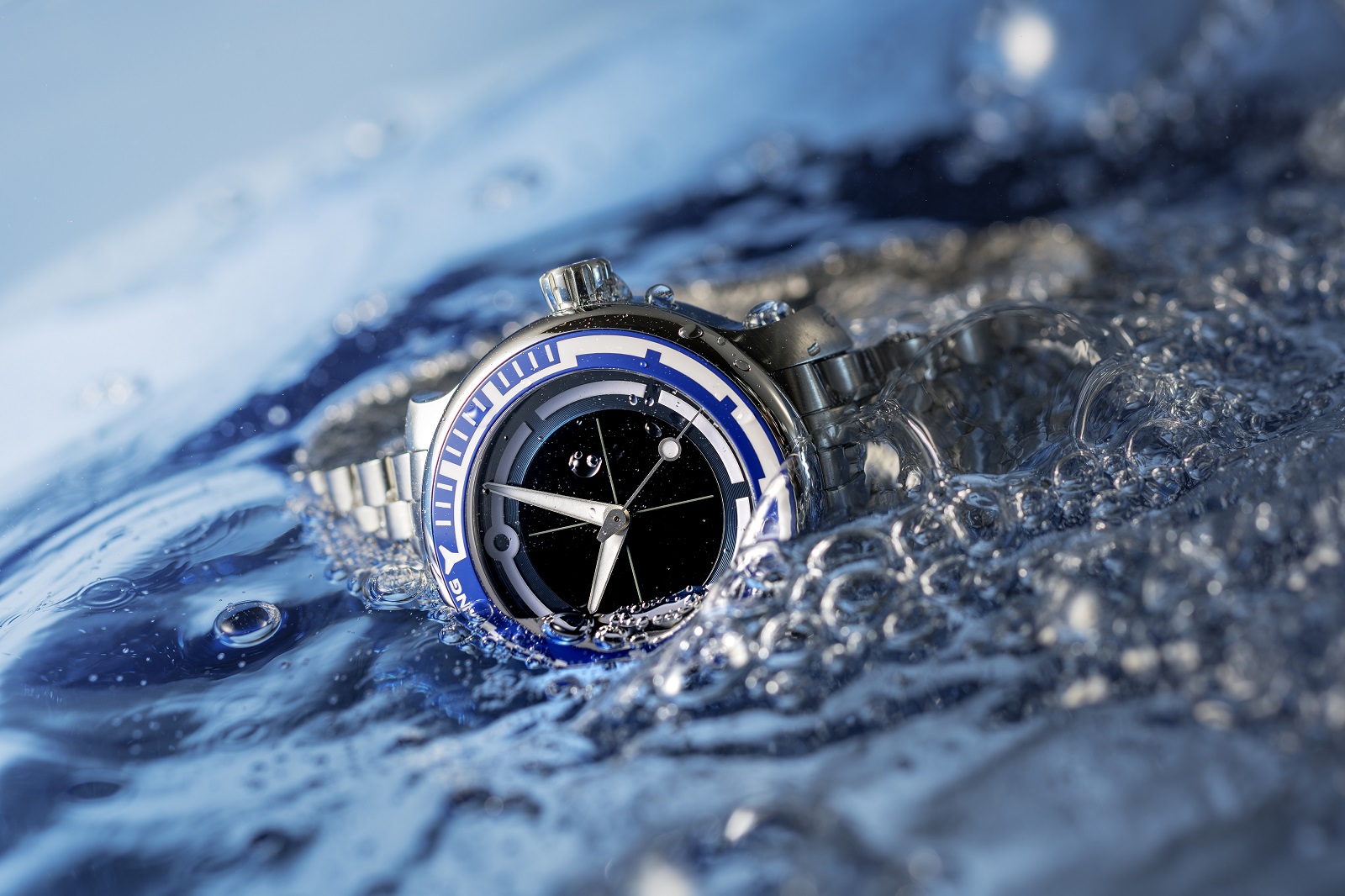 Ming Watches has enjoyed a cult following since its debut in 2017, thanks to its affordable, smartly designed watches.

Conceived by a band of watch collectors in Malaysia and then manufactured in Switzerland, Ming made its debut with the affordable 17 Series before going upmarket with the 19 Series that includes a world time. Now the brand debuts its first dive watch – a 10-piece limited edition that boasts a depth rating of 1,250m.

The 18.01 Abyss Concept was born after Ming acquired a pressure testing machine and decided to create a dive watch in the brand’s distinctive design language. It is essentially an exercise in styling a larger Ming watch and also the response to a frequent request from clients wanting a sports watch. 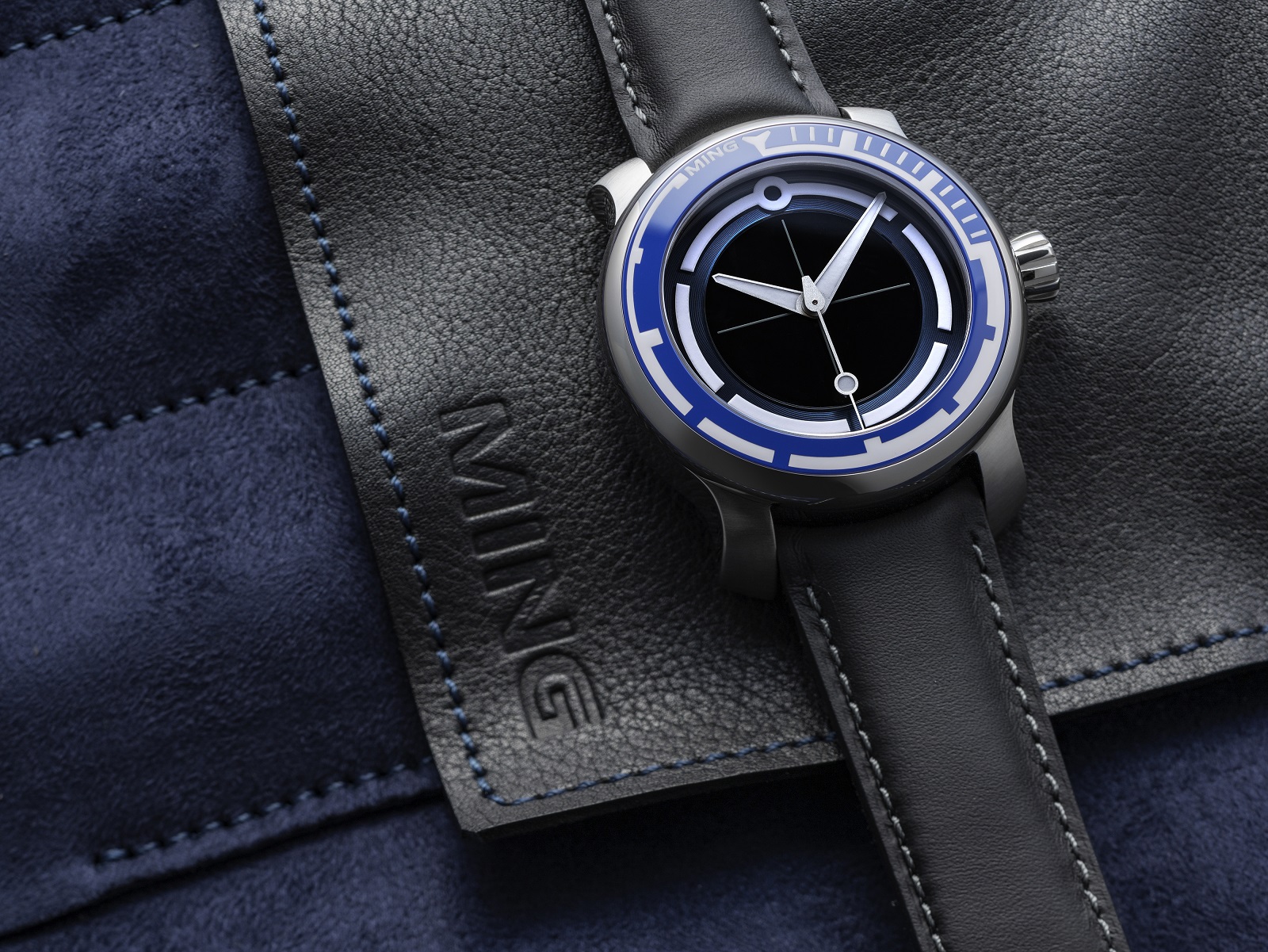 Ming’s unique styling was borne of the collecting experience of its six founders share and their desire not to repeat common designs. That is probably more difficult on a dive watch, since the standard ingredients of a diver are well defined.

The same design elements that characterised the 17 and 19 Series watches – like symmetry and clean, geometric shapes – have been employed on the 18.01 Abyss Concept, albeit with tweaks for maximum functionality underwater. 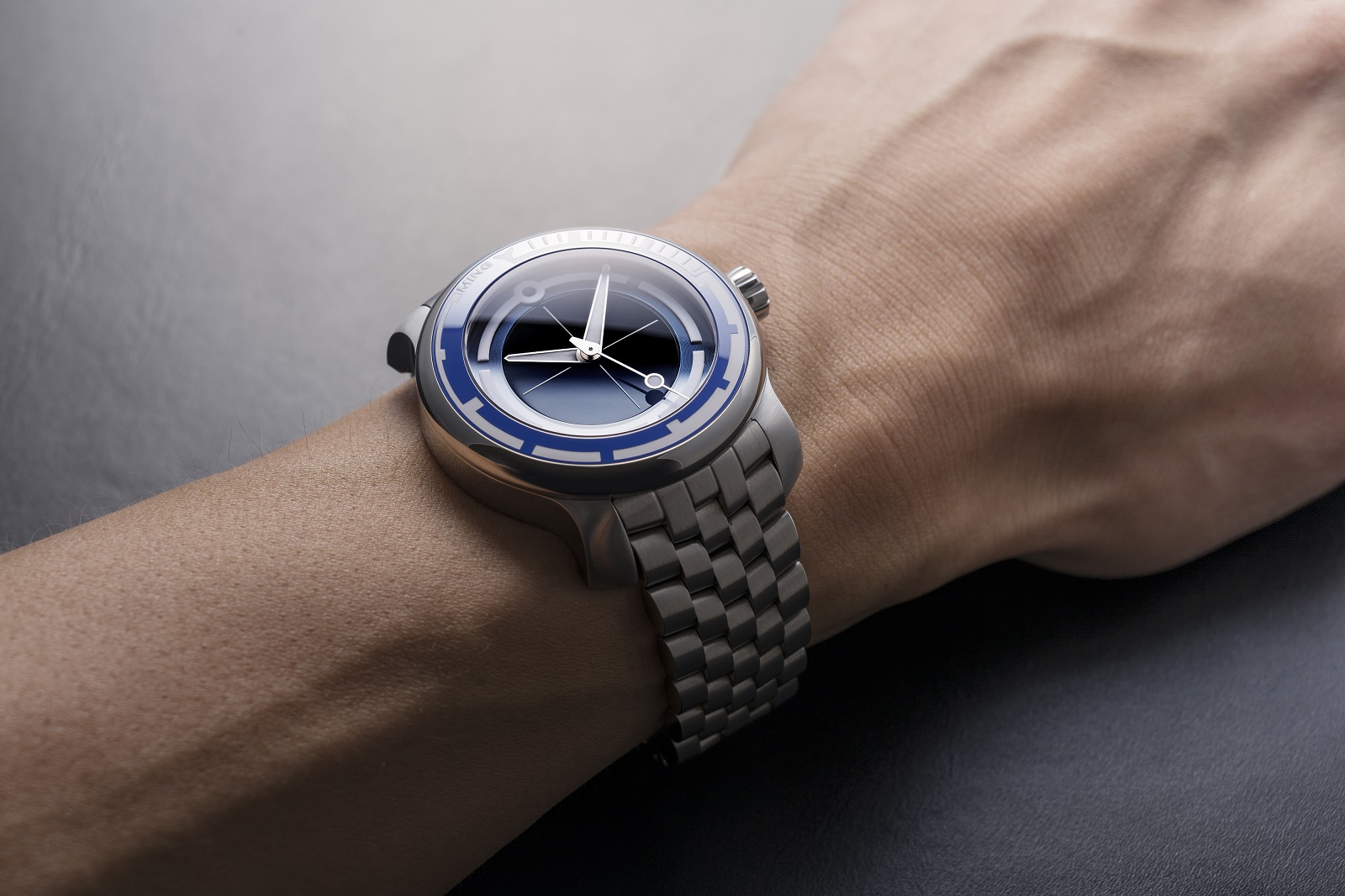 The most fundamental element of a dive watch, the unidirectional, 60-click bezel, has a ceramic insert marked with an unusual redesign of the conventional, elapsed time scale. Filled with white Super-Luminova, the markings on the bezel continue unbroken and are simply yet cleverly styled for maximum legibility.

Interestingly enough, the rim of the bezel is smooth and mirror polished, instead of having the usual notched or serrated edge. According to Ming, its own tests showed that a smooth surface was easiest to grip with wet fingers. 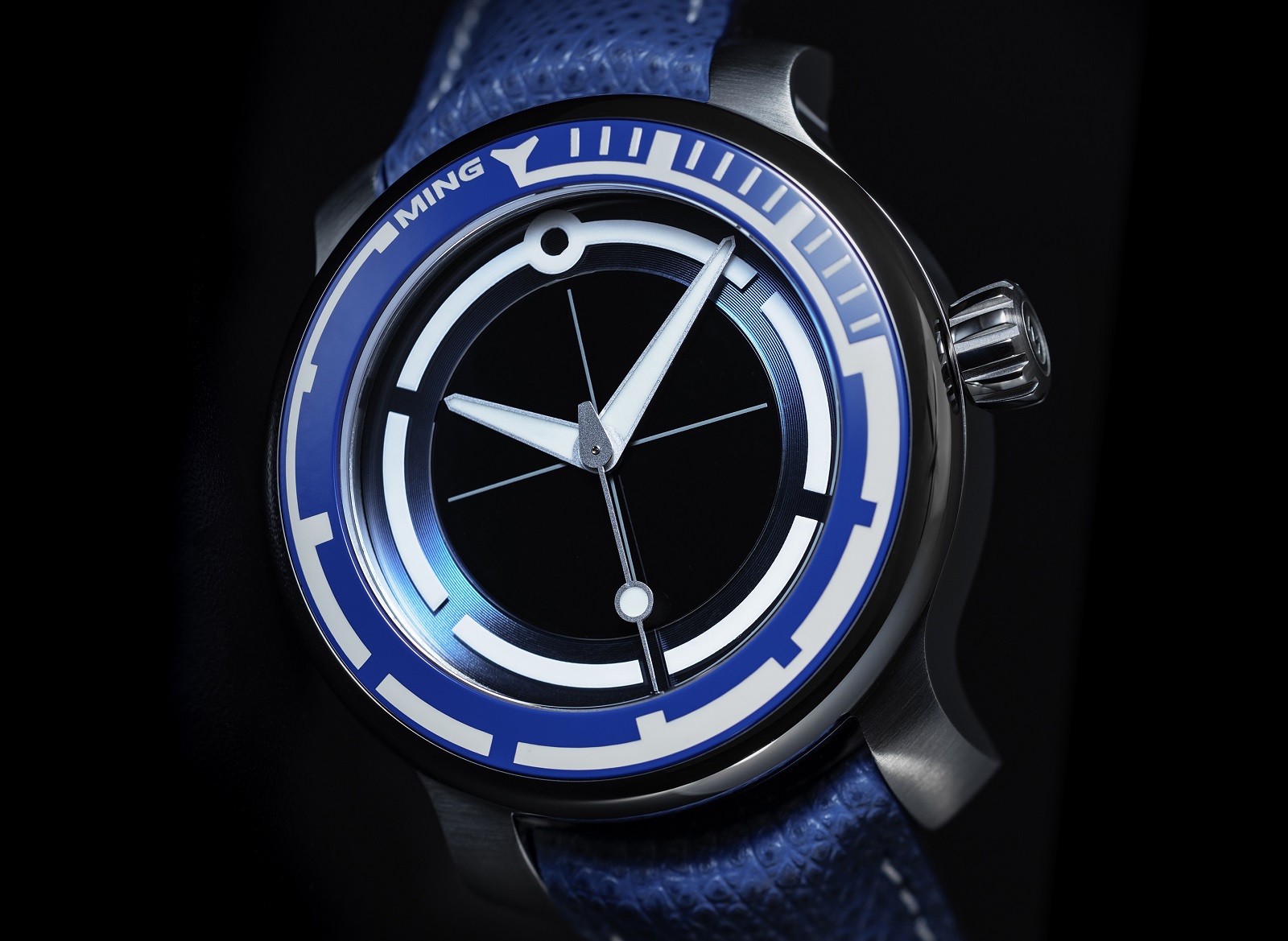 The dial of the watch is, as the brand puts it, a blend of both the 17- and the 19-Series. Derived  from the dial of the 19 series, the segmented chapter ring for the hours echoes the markings on the bezel.

And the dial construction is taken from the 17 series, being a three-part composite dial, with plenty of “lume” for underwater legibility. The hour and minute hands are similarly filled with Super-Luminova, as is the tip of the seconds hand. Notably, the Abyss Concept is the first Ming watch to have a seconds hand, banished from most Ming watches for design reasons but a necessity for dive watches to indicate the movement is running. 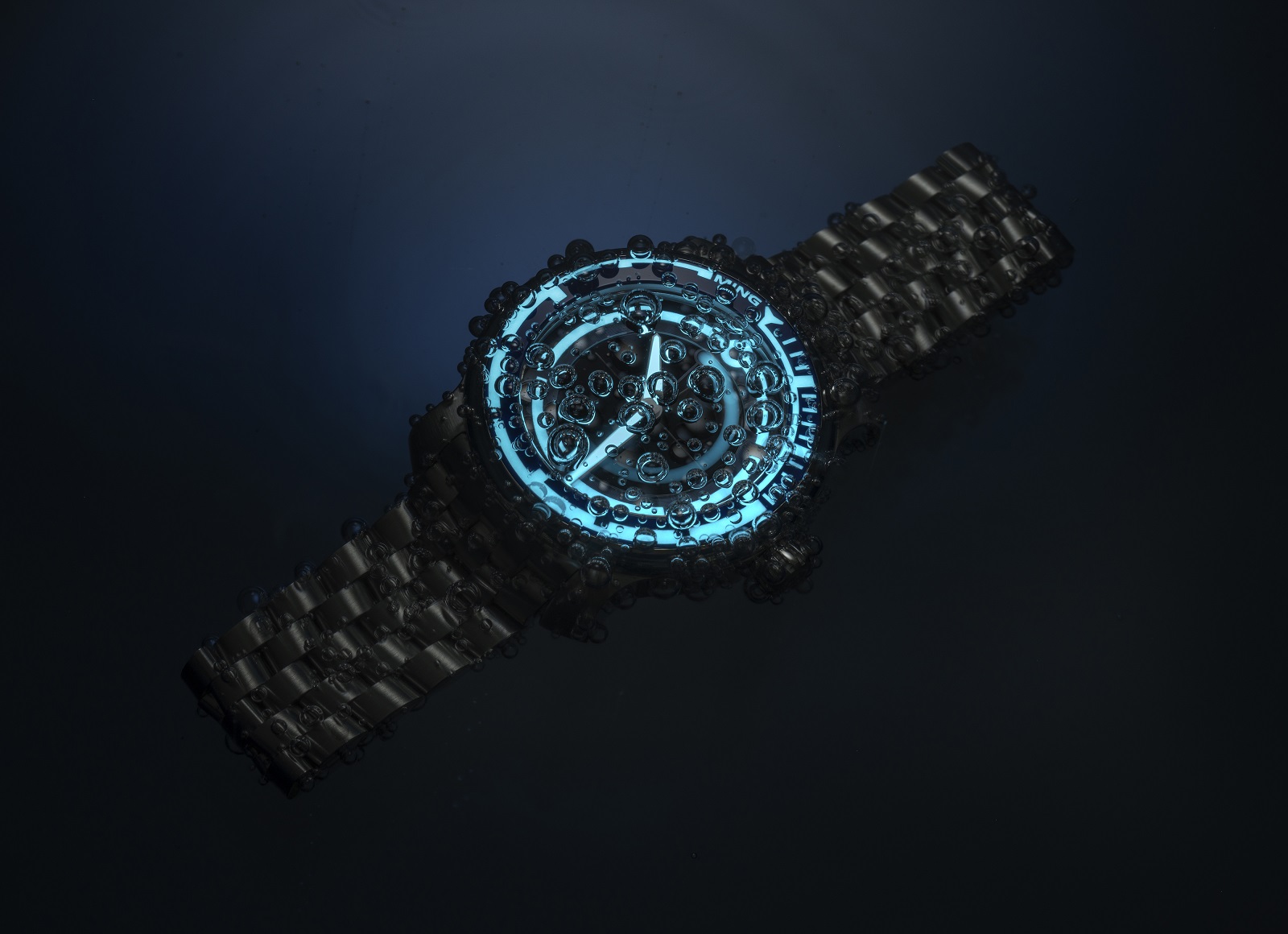 The Abyss Concept case is stainless steel, a first for the brand since its preceding watches were all titanium, and a large 40mm in diameter, with a thickness of 13.8mm. Those dimensions make it the largest Ming watch to date, perhaps the largest ever. 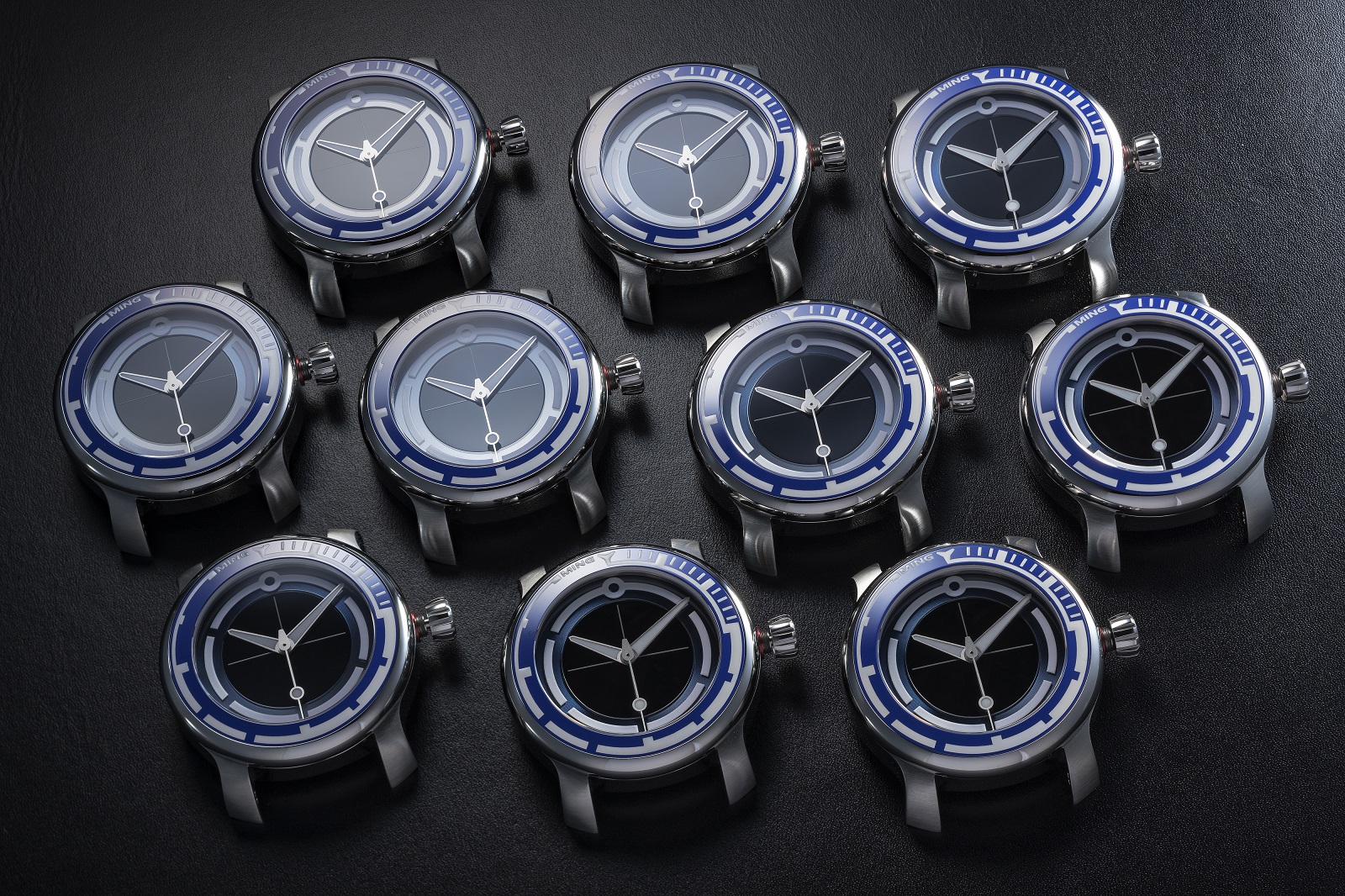 The diver is powered by the workhorse ETA 2824-2, chosen for the calibre’s robustness and serviceability. The movement has been modified to eliminate the second crown position for date adjustment; the same calibre is also found in the 17 Series watches.

Regulated in five positions, the movement is tested for 250 hours at La Division du Temps, the sister company of Schwarz Etienne, the watchmaker responsible for manufacturing the 19 Series watches.

Each 18.01 Abyss Concept watches will be delivered with a five-link, quick release bracelet in steel that’s similar in design to the titanium bracelets for the 17 series. And it will also be accompanied by five straps by Jean Rosseau, a Parisian strap maker, as well as a watch roll. All of that will be packaged inside, appropriately enough, a water-resistant Pelican case. 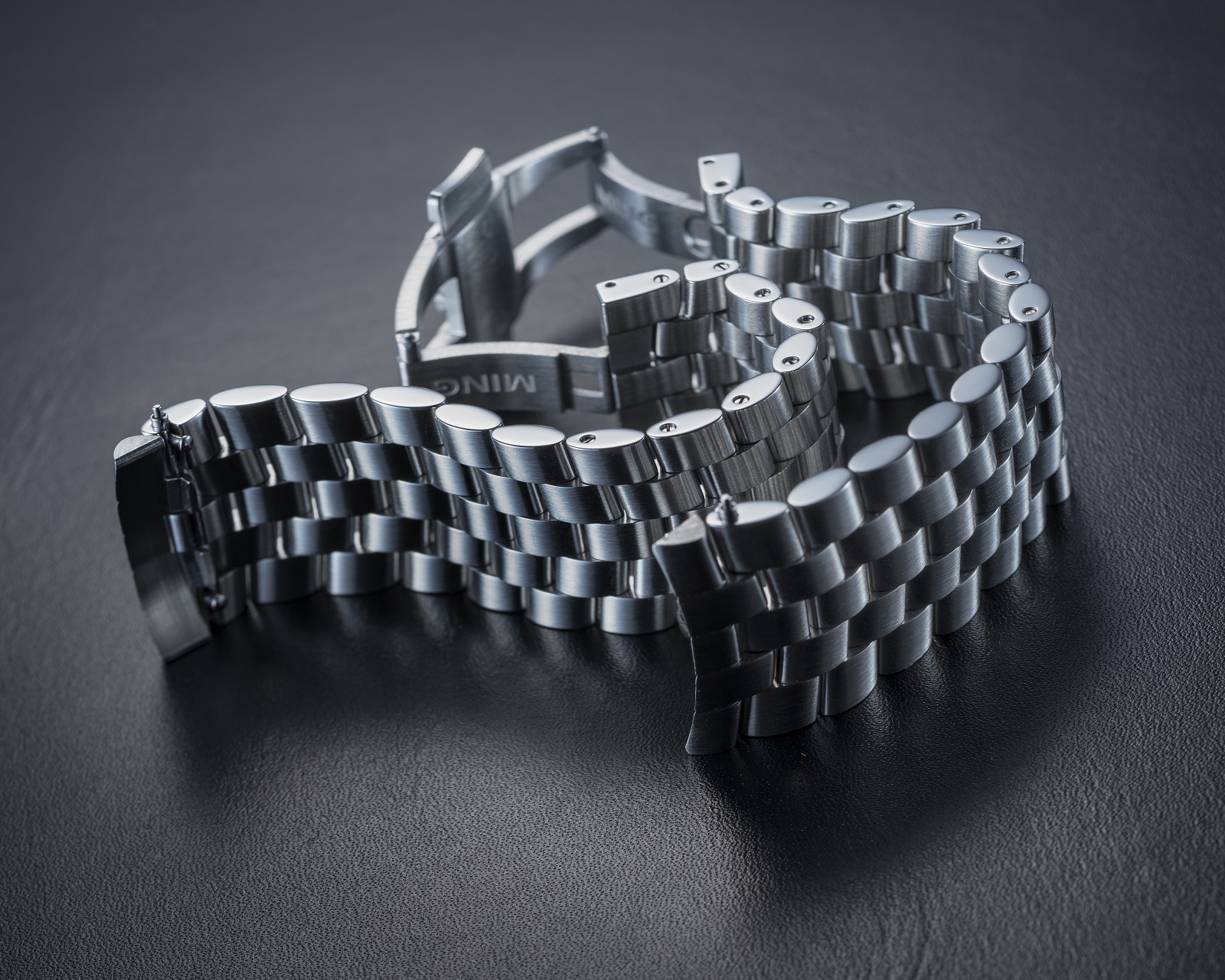 Only 10 Abyss Concept divers will be made, and they might be the last – Ming states “it remains undecided if we will ever have a series production dive watch”.