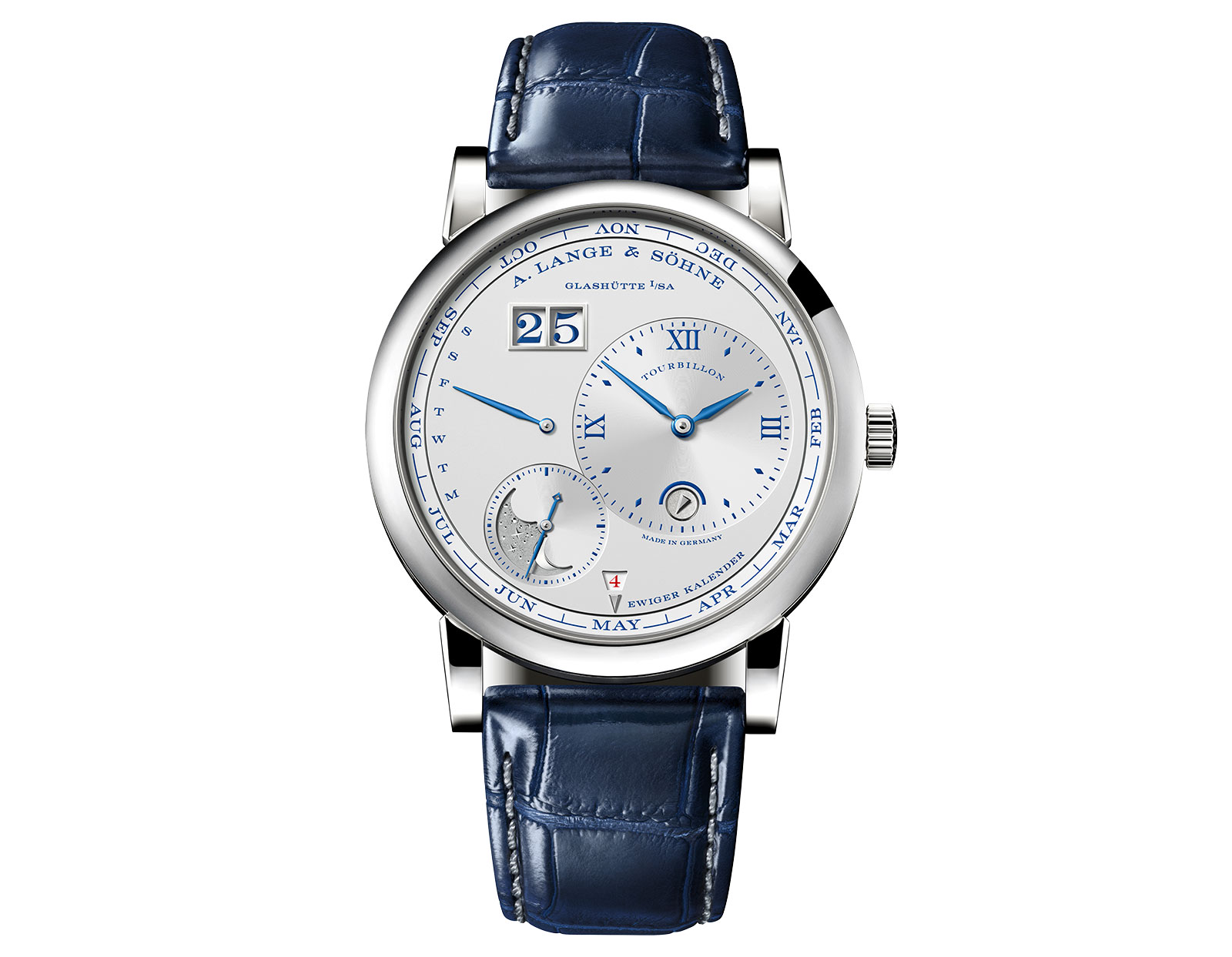 In the upcoming 25th anniversary set that will comprise 10 different variants of the Lange 1, one watch will tower above all the others in complexity, size, and price – the Lange 1 Tourbillon Perpetual Calendar “25th Anniversary”. In fact, it’ll account for almost half of the estimated retail of the entire set (which will also include the simpler Lange 1 Tourbillon.)

The Lange 1 Tourbillon Perpetual Calendar is the ultimate Lange 1: boasting an ingenious perpetual calendar with big date and a peripheral months indicator, plus a tourbillon and automatic winding. Especially clever is the manner in which the many indications of the perpetual calendar are incorporated into the traditional Lange 1 dial without changing the signature layout. 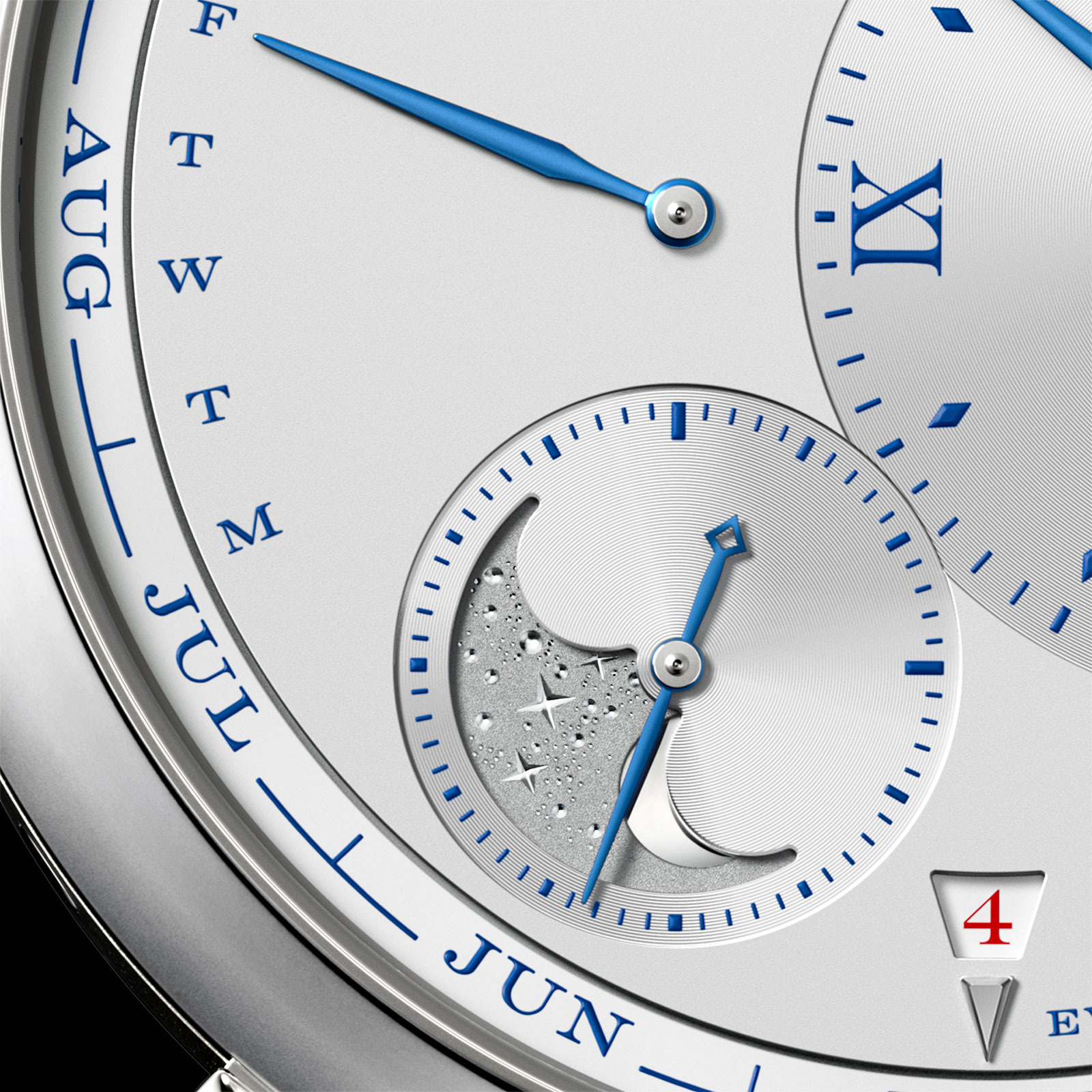 The dial is solid silver, with blued steel hands

It is Lange’s patented stop-seconds tourbillon, meaning when the crown is pulled to set the time, the tourbillon cage and balance wheel both halt thanks to a hacking lever that touches the cage. 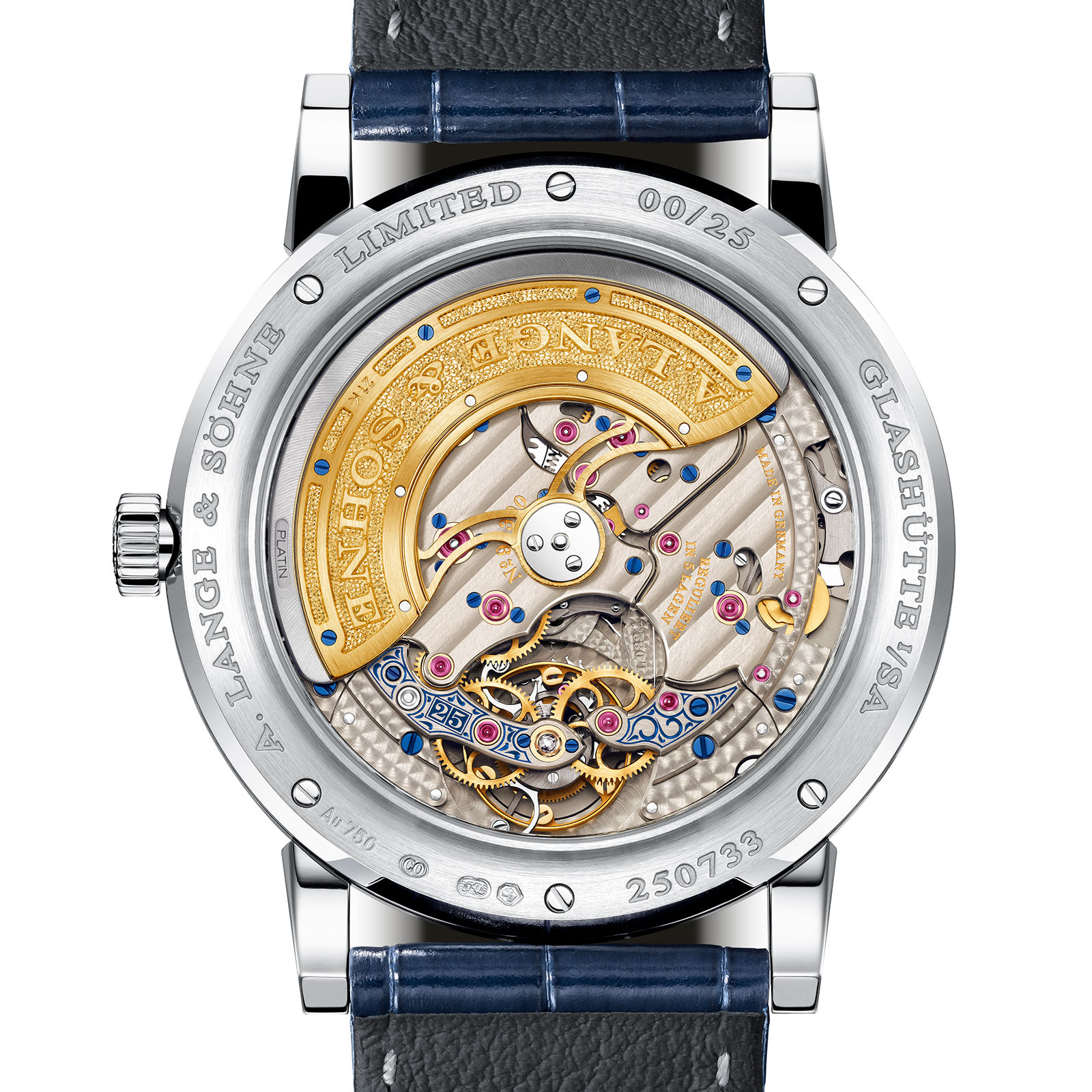 Like the rest of the 25th anniversary editions, this has a silver dial and blued steel hands. Though such hands are common on top of the line Lange complicated watches, making this relatively unusual.

Besides the silver and blue dial, two details distinguish this from the standard version of the watch (though not quite a elaborate as the Handwerkskunst edition). The first is the anniversary engraving on the balance and tourbillon cocks, which is not only filled in blue lacquer but also incorporates a “25” into the motif. And the other is the hand-engraved, white gold moon phase disc, the same disc found on the anniversary moon phase. 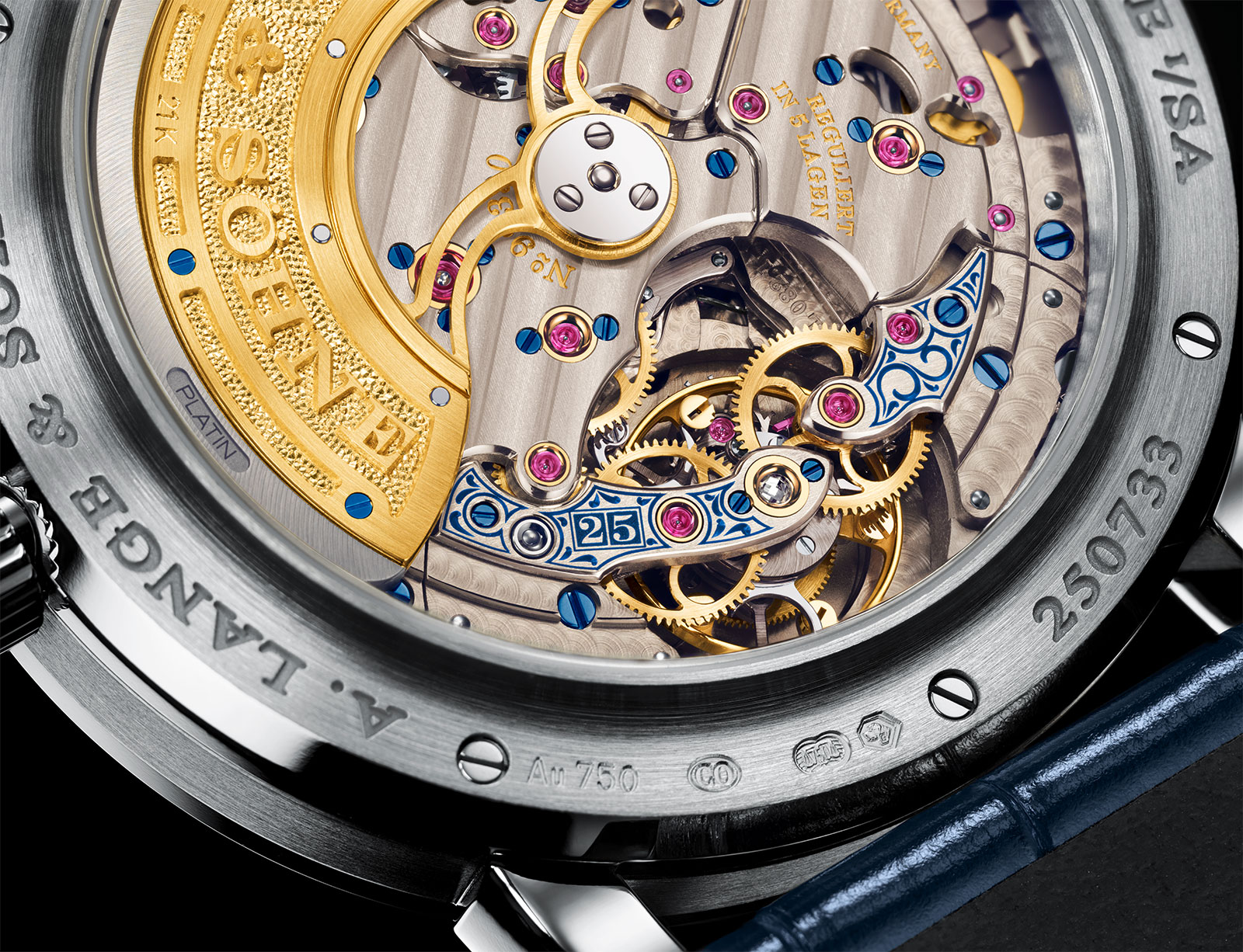 Size-wise the watch is identical to the standard model: the case is 18k white gold, 41.9mm wide and 12.2mm high.

Though the watches will not be sold separately, each watch has an individual retail price, meaning it is feasible to split the set, at least unofficially.