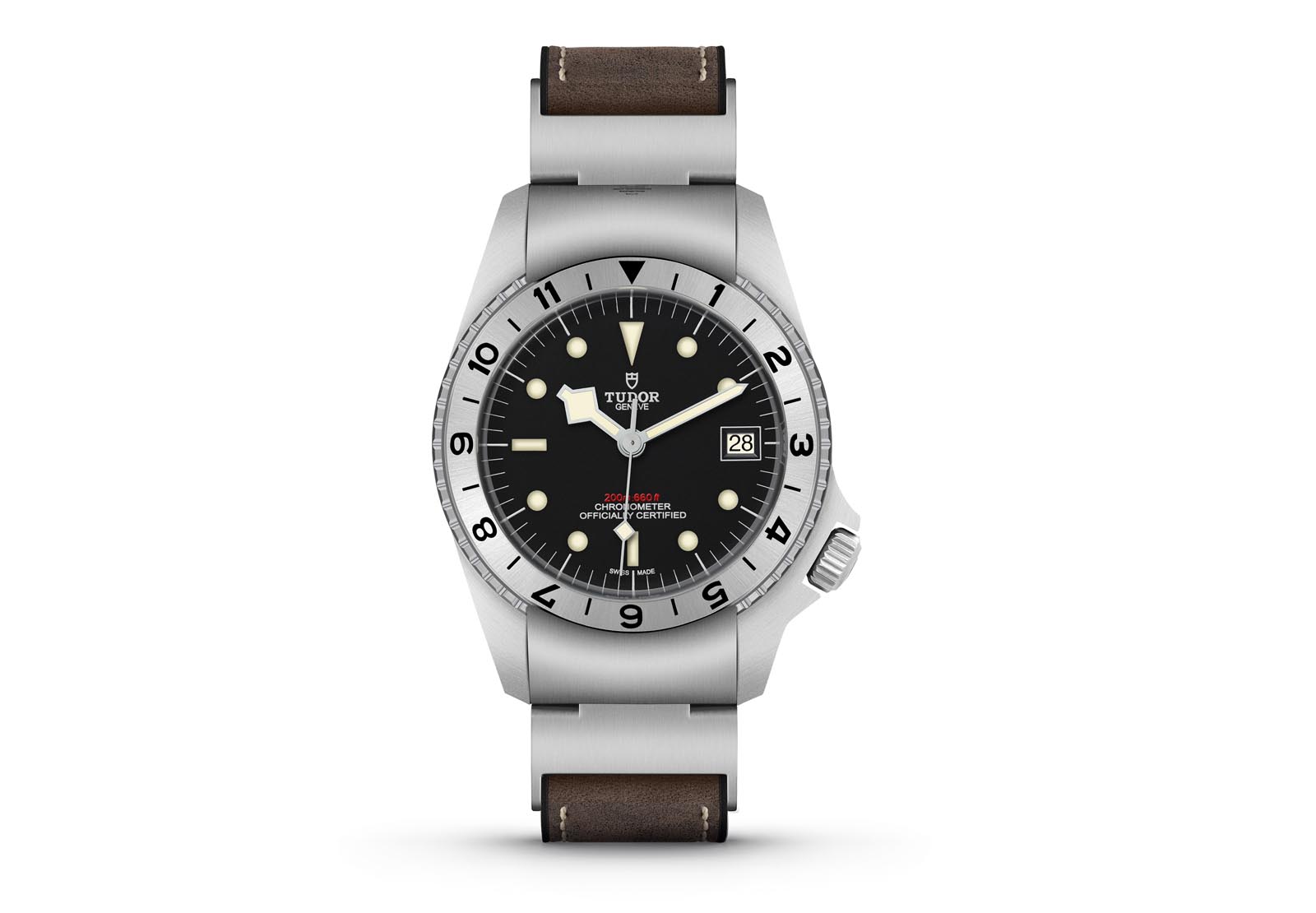 Tudor’s latest Black Bay is something of an oddity that draws inspiration from a little-known prototype built for the US navy in 1967.

Now in Tudor’s archives, the historical watch had a winding crown at four o’clock and a patented, hinged end-link for locking the 12-hour bezel. It was conceived in response to a US navy tender – Tudor was already a supplier to the navy then – but never came to fruition as the American navy turned to another watchmaker.

Measuring 42mm in diameter, the Black Bay P01 has a steel case that is entirely brushed on all surfaces and rated to 200m. Though it is the same shape as the original, the P01 is larger by some margin, with the original being only 40mm. Amongst the peculiarities it borrows the prototype is the distinctive, four o’clock crown placement, and the patented system bezel locking mechanism.

Though the bezel locking mechanism appears similar to the original, it is mechanically different according to Tudor.

While the original featured detachable end-links on both sides that could be opened to rotate the bezel or removed the bezel completely, the P01 has only a single pivoted end-link at 12 o’clock. And the bezel on the Black Bay P01 is fixed.

The P01 is fitted with a domed crystal meant to evoke the domed acrylic crystal on the original. The watch is powered by the in-house cal. MT5612. Like all Tudor movements, it’s self-winding with a three-day power reserve, silicon hairspring, and a free-sprung, adjustable mass balance wheel.