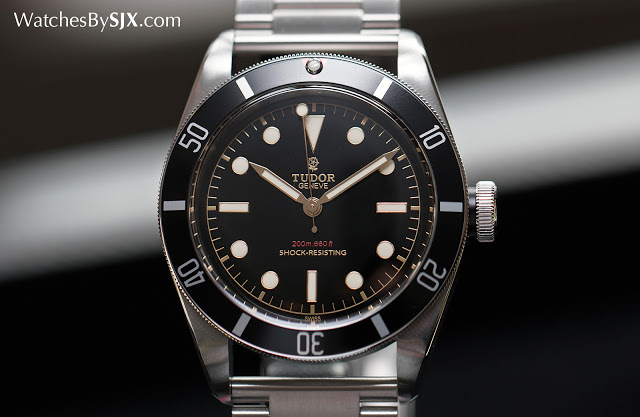 A record was set at Only Watch 2015 when the unique Tudor Black Bay One just sold for SFr375,000, over 100 times the low estimate, making it the most expensive Tudor watch ever, by an enormous margin. We went hands-on with the record-breaking Black Bay One, see our photos here.