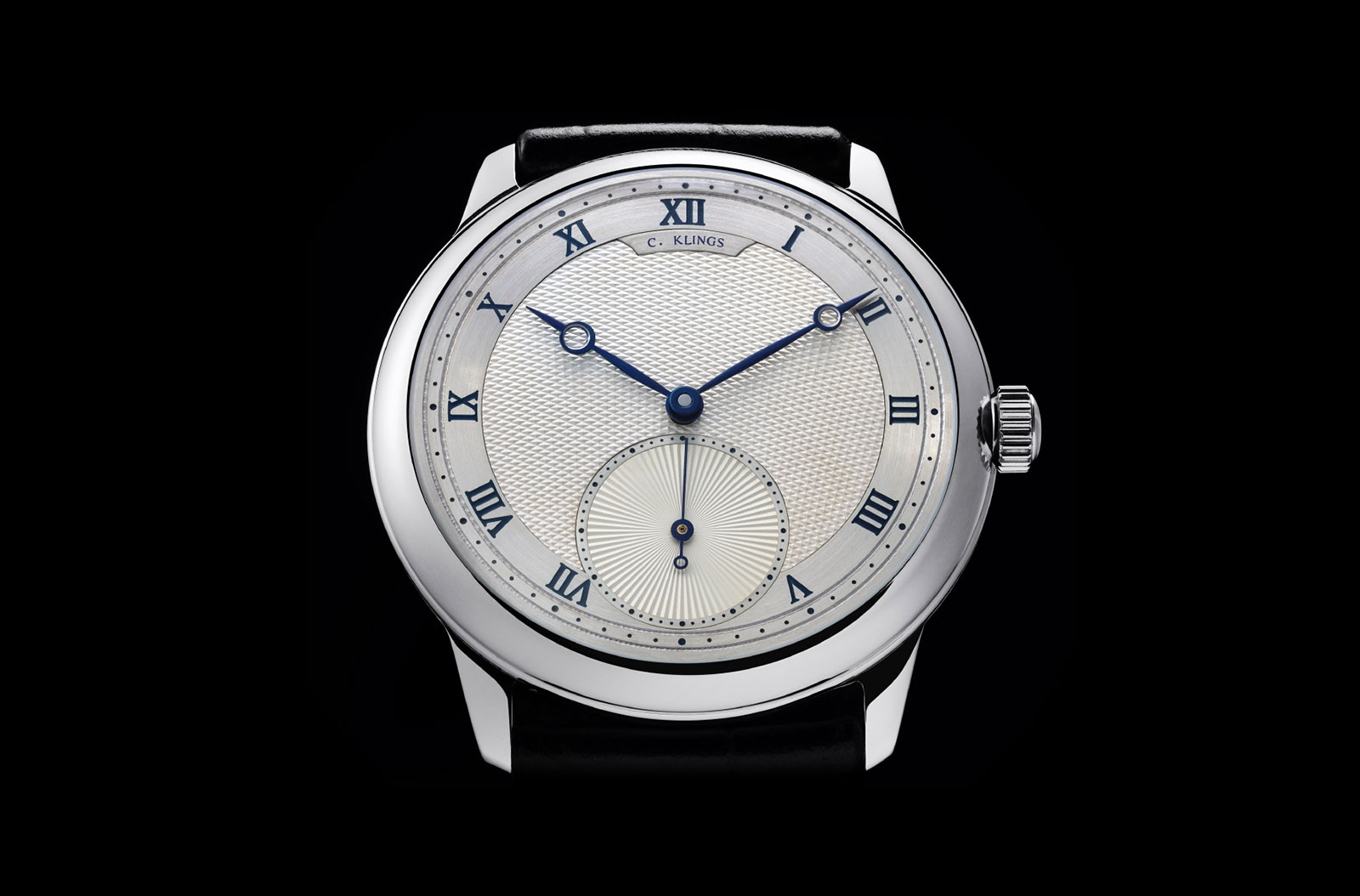 Based an hour’s west of Dresden, Christian Klings is a watchmaker who makes refined, classically styled watches by hand and with minimal “simple machinery”. Citing George Daniels, Derek Pratt and Richard Daners as inspiration, the 62-year old Mr Klings has only produced a handful of watches in a career that started in 1996, averaging just two to three timepieces a year.

His latest commission is the Visibility, an immensely refined time-only wristwatch in stainless steel. Pictured is watch no. 5, which is the prototype of the series; the production version will be finished by late 2019.

The case is 37mm in diameter, and purposely made “slim for small wrists” according to Mr Klings. Its thinness is accentuated by the narrow case band and lugs, as well as the domed case back. The dial is classical and typical of Mr Klings’ work. It’s made up of several parts, all in solid silver, with the central portion and sub-seconds decorated with guilloche engraved by hand on a lathe. All the markings on the dial are engraved and then filled with blue lacquer. And the hands are blued steel and also hand-made. The dial prior to assembly The movement is based on the architecture of the AS 1130, a robust, hand-wound calibre produced by Swiss movement maker A. Schild in the late 1950s.

Most of the parts, however, are hand-made by Mr Klings, including nearly everything visible on the back, namely the bridges, the balance cock, the crown as well as barrel ratchet wheels.

All of the finishing is also done by hand. Mr Klings promises that the finished watch will have broader, more refined striping on the bridges. The largest bridge will have only four to six stripes, something that Mr Klings says has “a more calming effect”. A comparison between narrow and broad Geneva stripes Polishing the edge of the ratchet wheel

The Visibility prototype pictured has already been sold, but similar examples will be available starting late 2019, priced between US$40,000 and US$50,000. They are available direct from Christian Klings.

Correction March 6, 2019: The Geneva stripes on the production versions will be broader, and not narrower as written previously.

Swedish independent watchmaker Kaj Korpela makes his debut with an impressive wristwatch powered by a rectangular movement featuring a tourbillon.