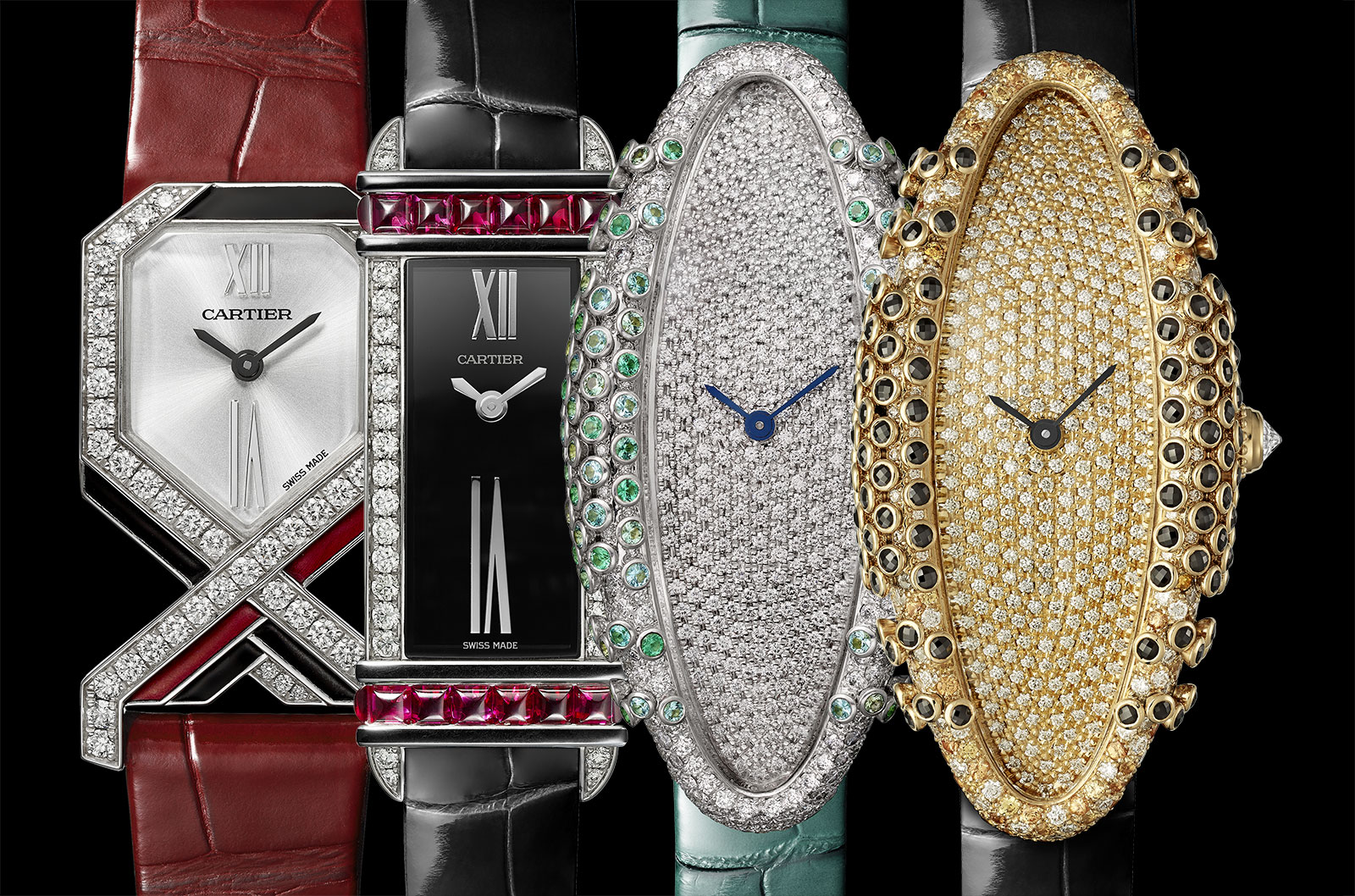 Inaugurated earlier this year, Cartier Libre is dedicated to reimagining classic Cartier ladies’ jewelled watches. This year’s Libre collection was five watches and included the Crash Radieuse, while this year’s line-up is made up of four watches.

The first is the Tank Chinoise Red, based on a 1921 variant of the Tank, which was originally inspired by the architecture of Chinese temps. Originally a squarish watch, the Tank Chinoise here has been elongated and narrowed. The 18k white gold case is set with two horizontal bands of rubies, each highlighted by black enamel stripes, as well as 164 diamonds. The dial is black lacquer, while the movement is quartz. It’s limited to 100 pieces with an estimated retail price of €60,000.

The Diagonale, on the other hand, is modern creation. Black and red enamel contrast with diamonds on the white gold case, which contains a quartz movement. Only 50 pieces will be made, while retail will likely be €35,000. And the Baignoire Allongée Black is in 18k yellow gold, with diamonds, black spinels and yellow sapphires, along with a diamond-set dial. Both are powered by the 1917 MC movement, a small, hand-wind calibre that was developed in-house and is also found in the new Cartier Prive Tonneau watch. The Baignoire Allongee watches are limited to 50 each.