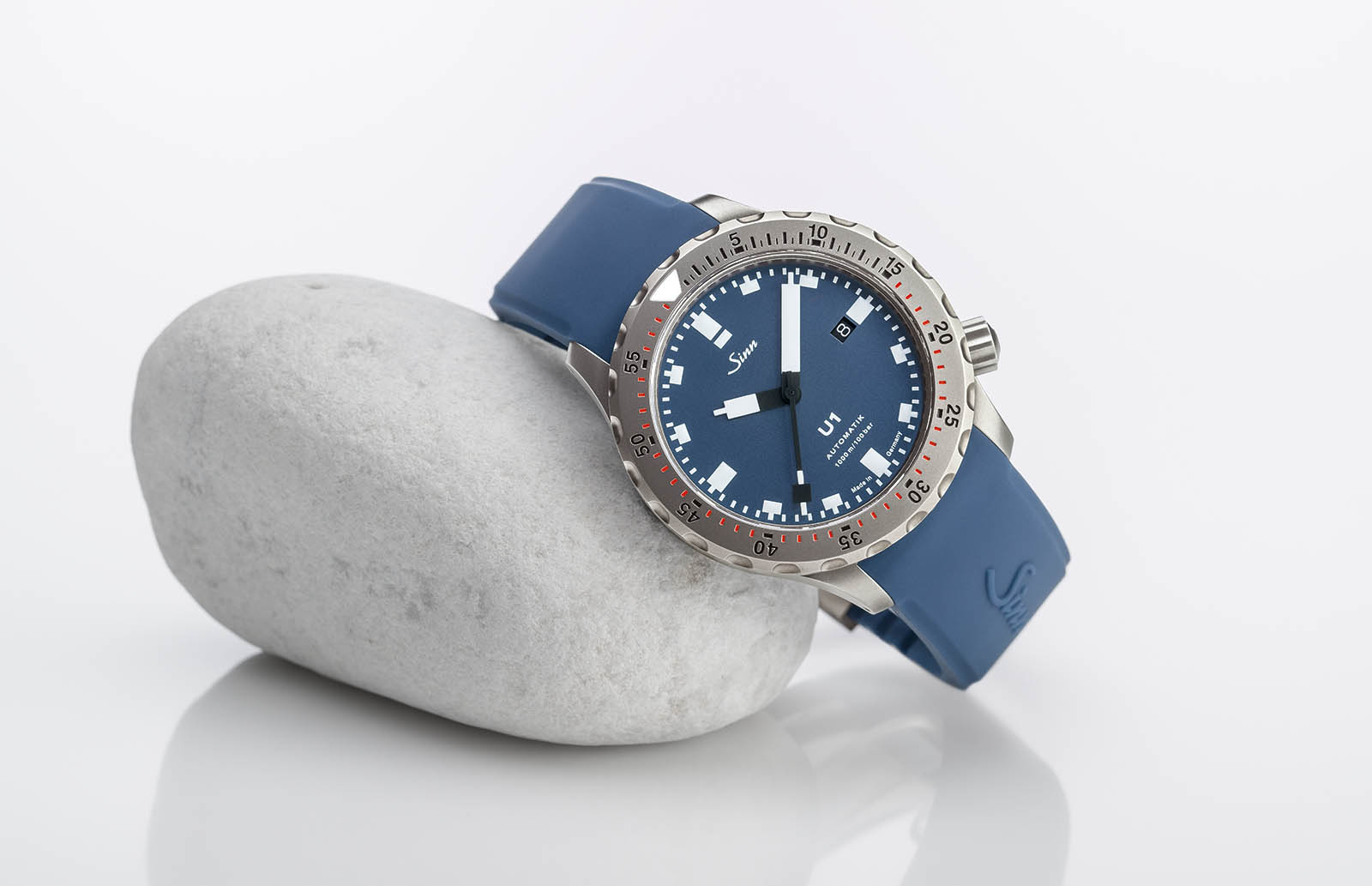 While Sinn got its start as a maker of pilot’s watches and instruments, the brand introduced a highly regarded dive watch in 2005, the affordable yet magnificently engineered U1. Beyond its 1000m depth-rated case, the U1 was notable for having a case made of the same steel ally used for the hulls of submarines – all for just over US$1000 in 2005. The U1 has since been iterated into numerous variations, including with a black-coated case and a camouflage dial, and also become more expensive, though still affordable.

Sinn recently introduced the U1 B, with the suffix short for blau, thanks to the matte blue dial – the same muted shade of blue used for the dials of the lightweight T1 B and T2 B divers in titanium. Dial aside, the rest of the U1 B is stock U1. The case is made from the same proprietary alloy used by Nordseewerke Emden, a shipyard that builds some of the German navy’s submarines. In addition to being corrosion resistant, the submarine steel is also antimagnetic and weightier than traditional steel.

It is water resistant to 1000m – a feat certified by DNV GL, a Norwegian testing and certification body that ensures industrial equipment like ships and wind turbines are up to spec. Apart from water resistance, DNV GL also tests temperature resistance and functionality according to European standards for diving watches.

The submarine steel case measures 44mm in diameter, 14.7mm high, and weighs 113g without the strap. The uni-directional bezel is also made from this same steel and is fully Tegiment-treated (though the case is not), a hardening process introduced by Sinn in 2003 that improves scratch resistance by hardening the surface of the metal. The ratcheting bezel also boasts Sinn’s “captive” construction, whereby the bezel is secured with small screws, a robust alternative to the conventional snap-in bezels that can be knocked off. Typical of Sinn’s more affordable watches, most of the value of the watch lies in its case, with the rest of the watch being functional. Hidden behind the screw-down case back is the automatic Sellita SW 200 movement that’s dependable and easy to service but has a somewhat lacking 38-hour power reserve. Introducing The Sinn T1 B and T2 B, Titanium Dive Watches With Matte Blue Dials (With Prices)