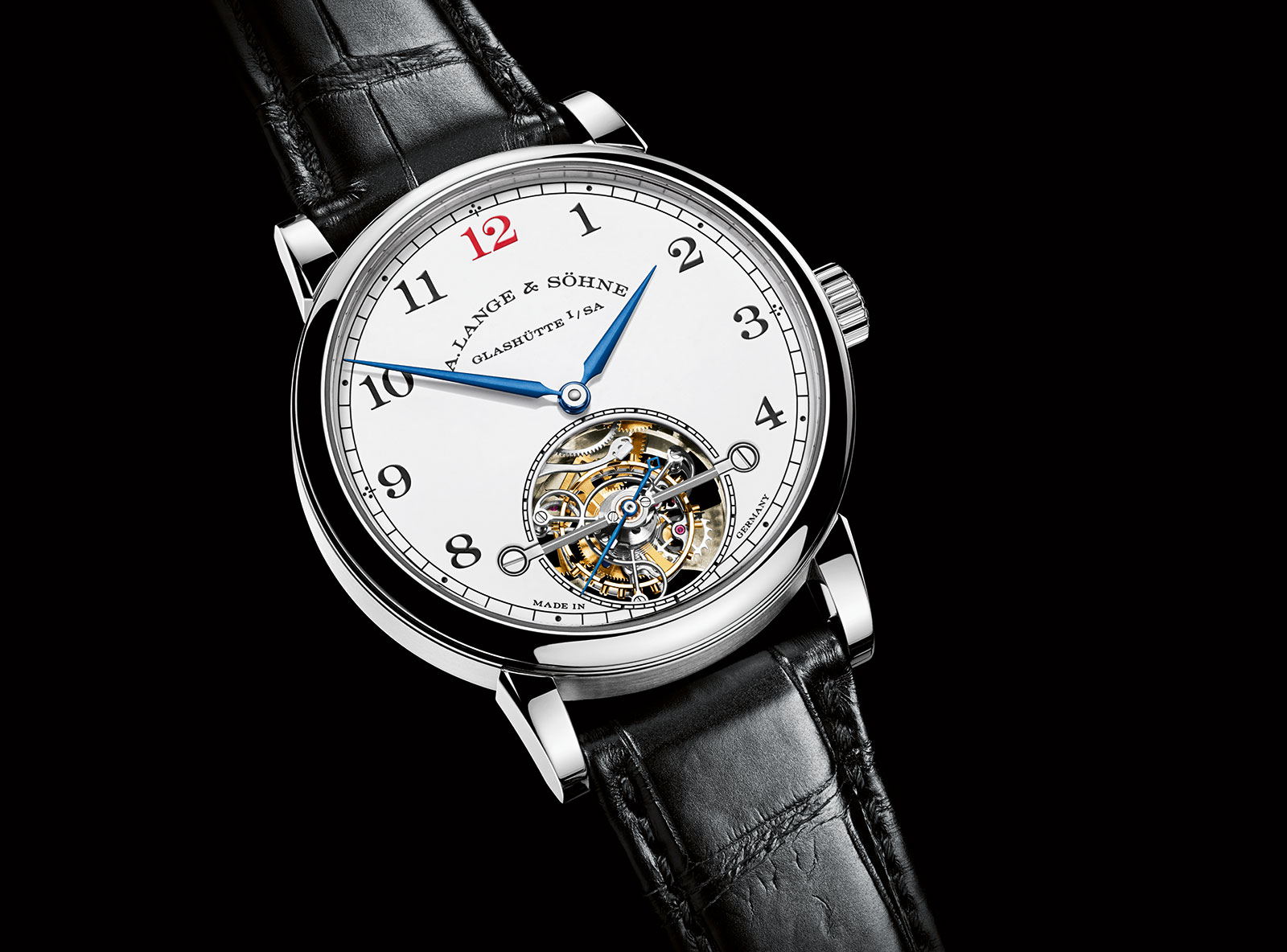 Originally introduced in 2014 as the entry-level tourbillon from A. Lange & Söhne, the 1815 Tourbillon harks back to the Tourbillon Pour le Merite, the very first tourbillon wristwatch from the German watchmaker and one of its most significant watches. The 1815 Tourbillon was subsequently given the elaborate Handwerkskunst treatment, and now a simpler, but still handcrafted, dial in vitreous enamel.

Classically dressed with blue steel hands, the dial is fired white enamel, done a copper base. All the markings on the dial are printed in enamel paint and fired separately, once for the lettering, black numerals and minute track, and once for the red “12”. Intended for the wearer to swiftly orientate the watch, the red “12” is often found on historic timepieces of all stripes, but more importantly it was a feature on the Langematik Anniversary, a limited edition introduced in 2000. Now a desirable collectible that sells for a significant premium on the secondary market, the Langematik Anniversary also had a white enamel dial, albeit one with Roman numerals. Like the Langematik Anniversary, the new 1815 Tourbillon has a platinum case, which remains the same 39.5mm as the standard model. But at 11.3mm, it’s slightly thicker than the stock version, with added height to the bezel to accommodate the dial (as enamel is thicker than a standard silver dial). Mechanically it’s also identical to the standard model, with the L102.1 movement inside. It’s hand-wound with a 72-hour power reserve, distinguished by two features when the crown is pulled out to set the time. One is the hacking tourbillon, thanks to a Y-shaped lever that stops the carriage. The second is the zero-reset seconds, which means the seconds hand flies back to the 12 o’clock position. The zero-reset seconds is yet another nod to the Langematik Anniversary, which was equipped with the first Lange movement to incorporate the feature. Back then the calibre was also known as the Sax-O-Mat, a reference to the zero-reset (hence the “O”) and automatic winding. The hacking mechanism is partially visible to the left of the tourbillon cage.