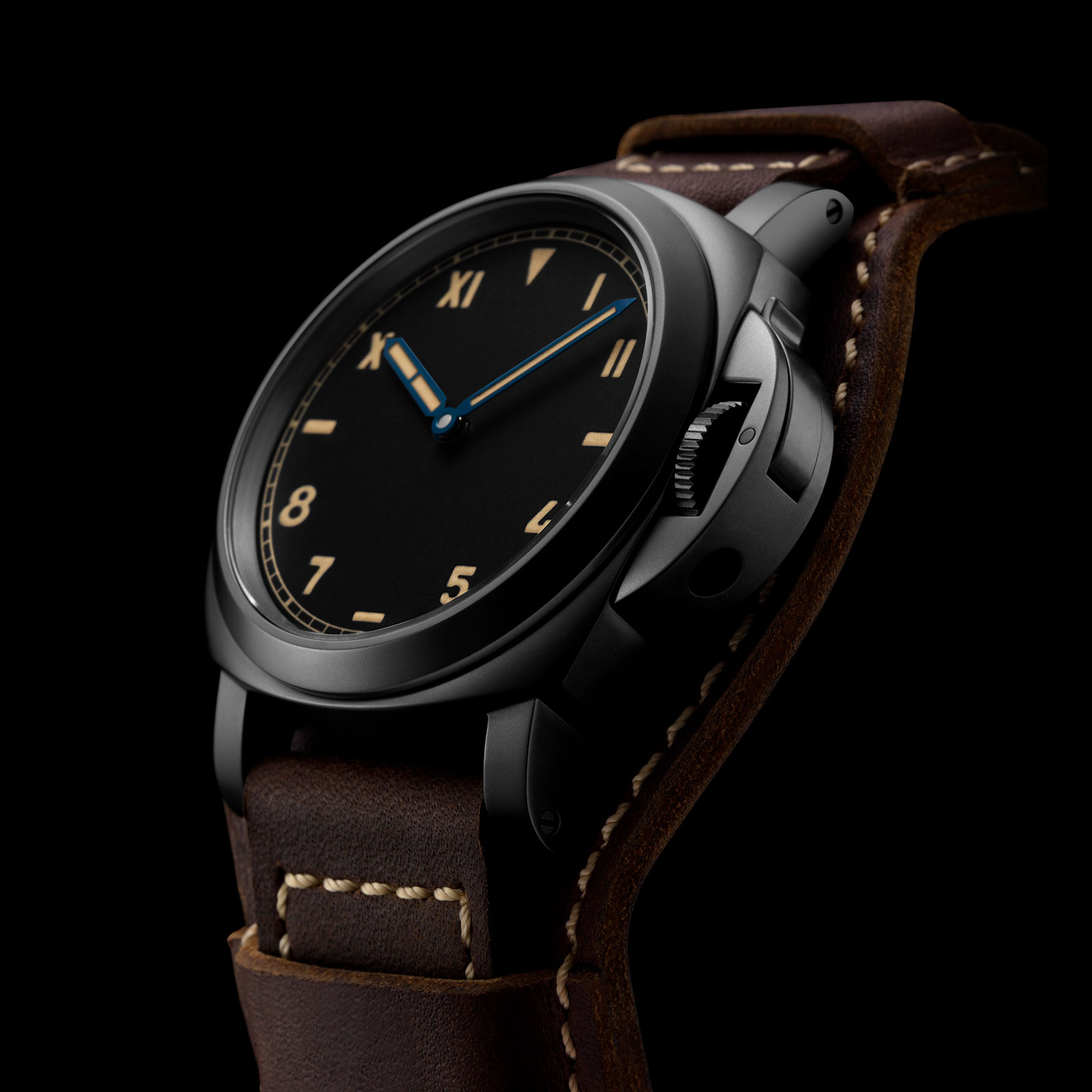 Panerai did a mix and match with the new Luminor California 8 Days DLC (PAM00779), combining various elements from its historical watches, plus a “Bund” leather strap. And it did something similar in 2015 with the Luminor 1950 California, albeit with a larger, 47mm case and three-day movement.

The new Luminor California 8 Days DLC gets its name from the titanium case that’s been coated with diamond-like carbon (DLC), a dark, scratch-resistant material. Rated to 300m, the case is 44mm, the same size as the basic Luminor models and quite wearable despite being chunky. It contains the P.5000, a hand-wound, in-house movement with an eight-day power reserve. 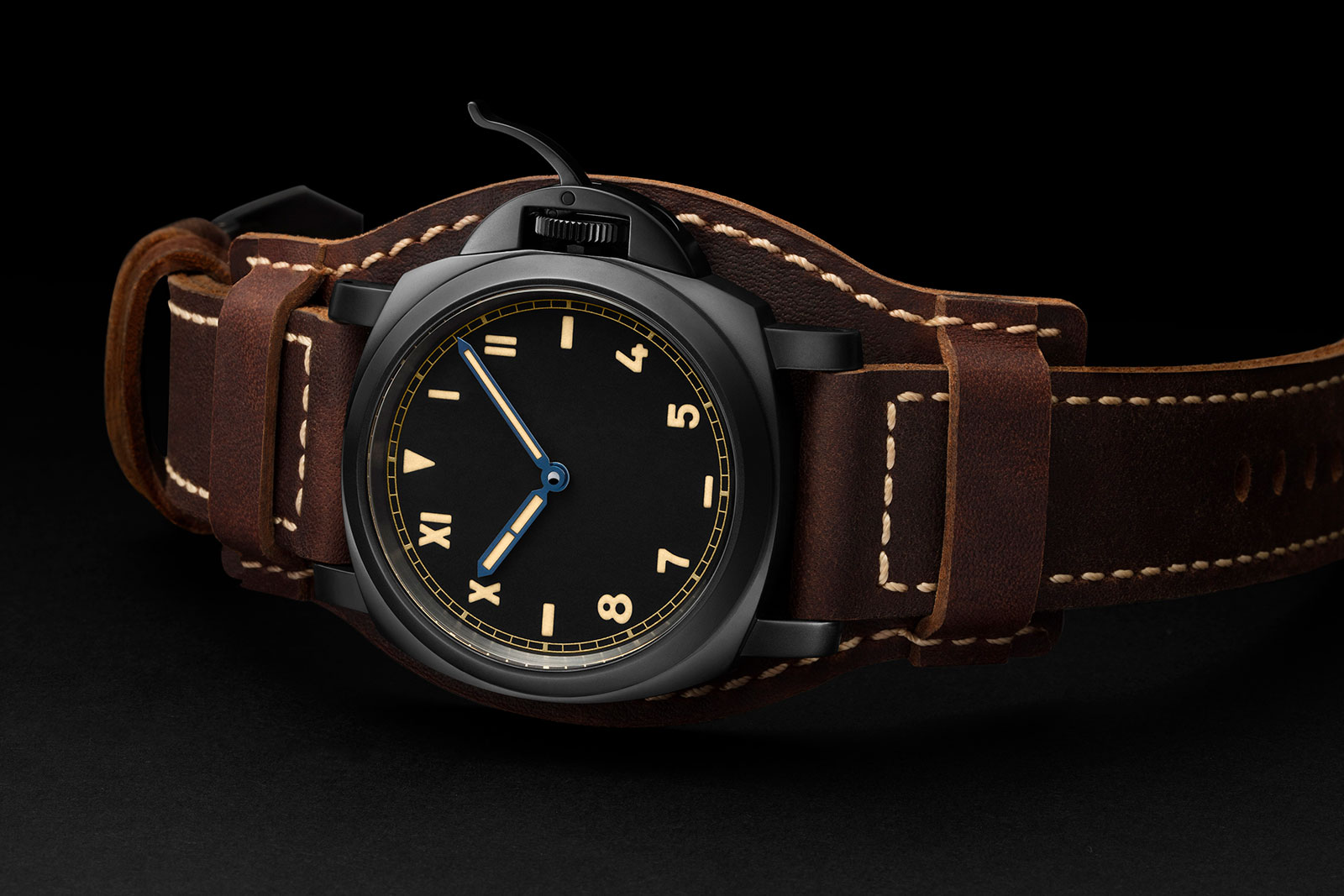 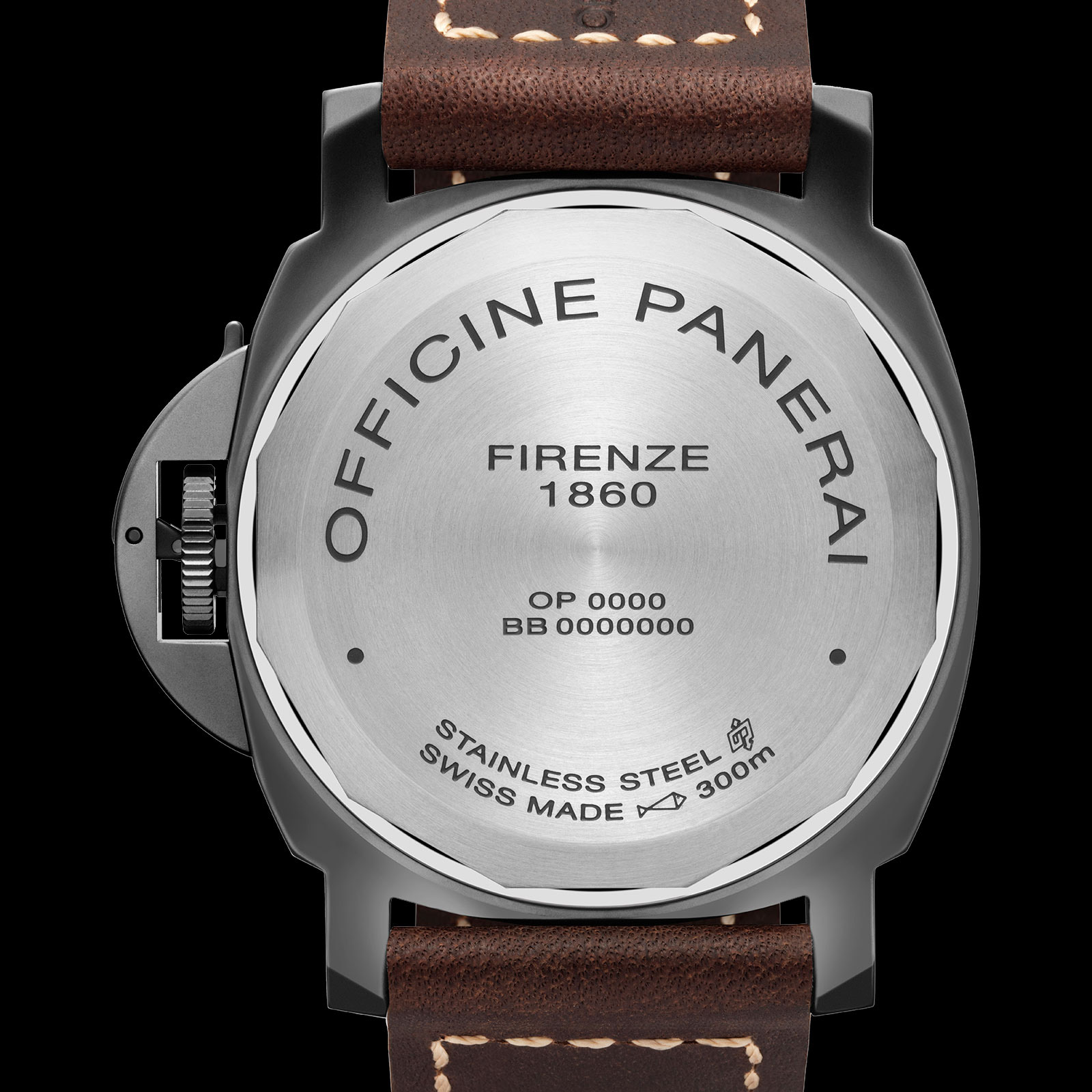 “California” refers to the dial that combines both Arabic and Roman numerals, originally devised to improve legibility by clearly separating the top and bottom halves of the dial. The California dials were historically only found on Radiomir watches with wire lugs, but have since been appropriated for the Luminor as well. 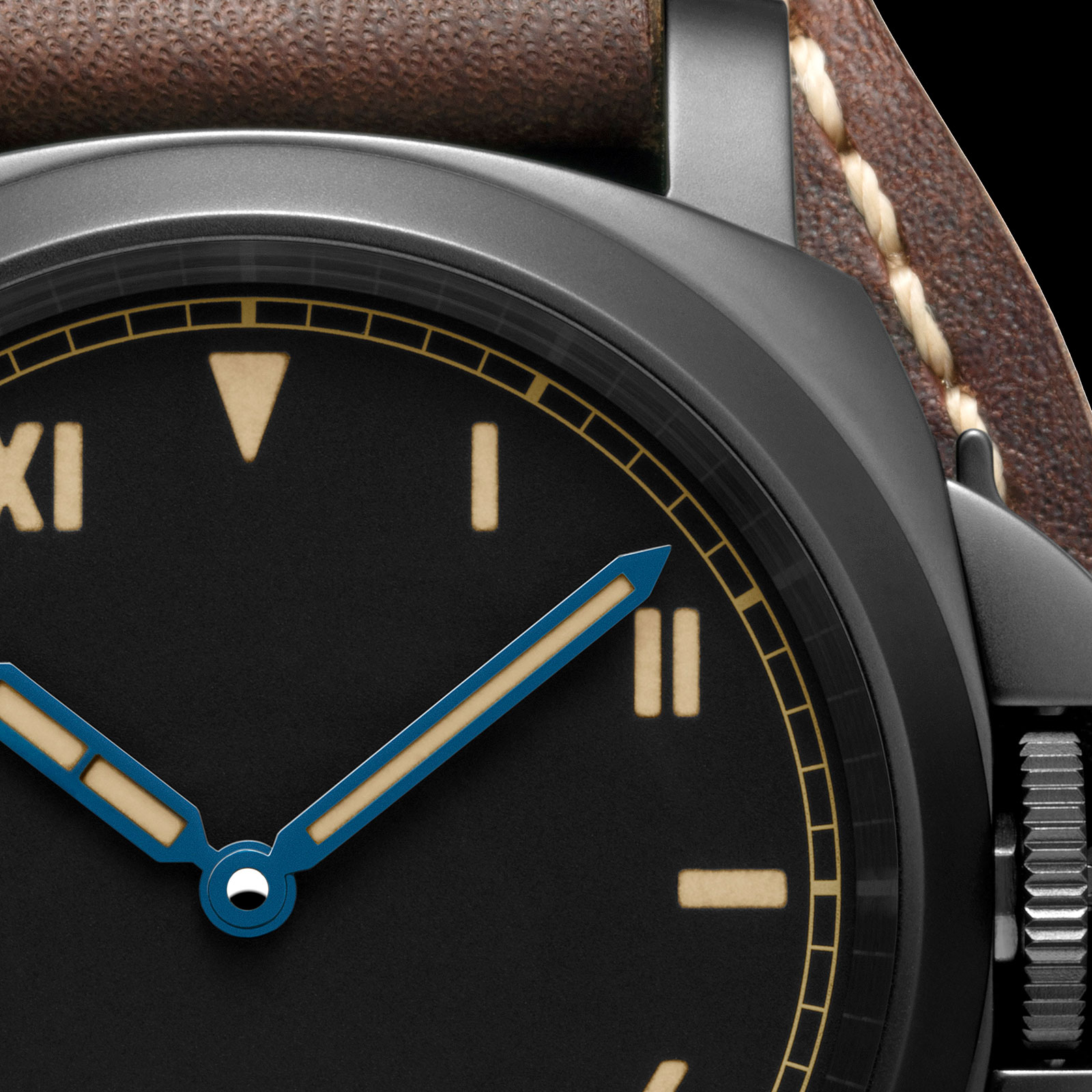 And then there’s the two-part strap, which is made up of a conventional strap plus a leather cuff that can be removed. Known in military watch circles as a “Bund” strap, after a fact that the German military, or Bundeswehr, once issued such straps to aviators, the strap has no relation to military dive watches, which is what Panerai is all about. It does, however, work better with smaller watches, giving them a sporty appearance without being excessively large. It fits a 44mm Luminor well, but would probably be too much on a 47mm model. 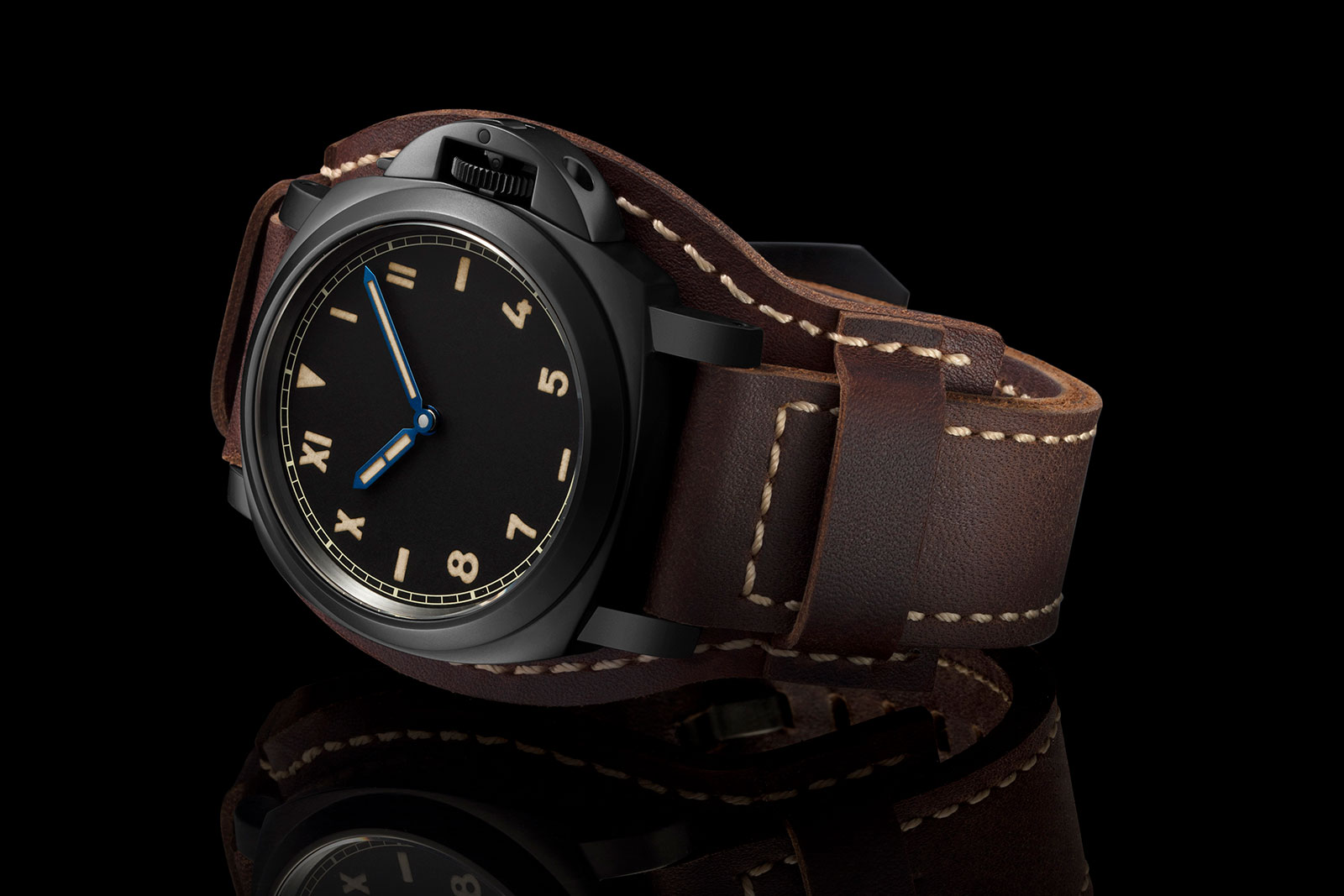 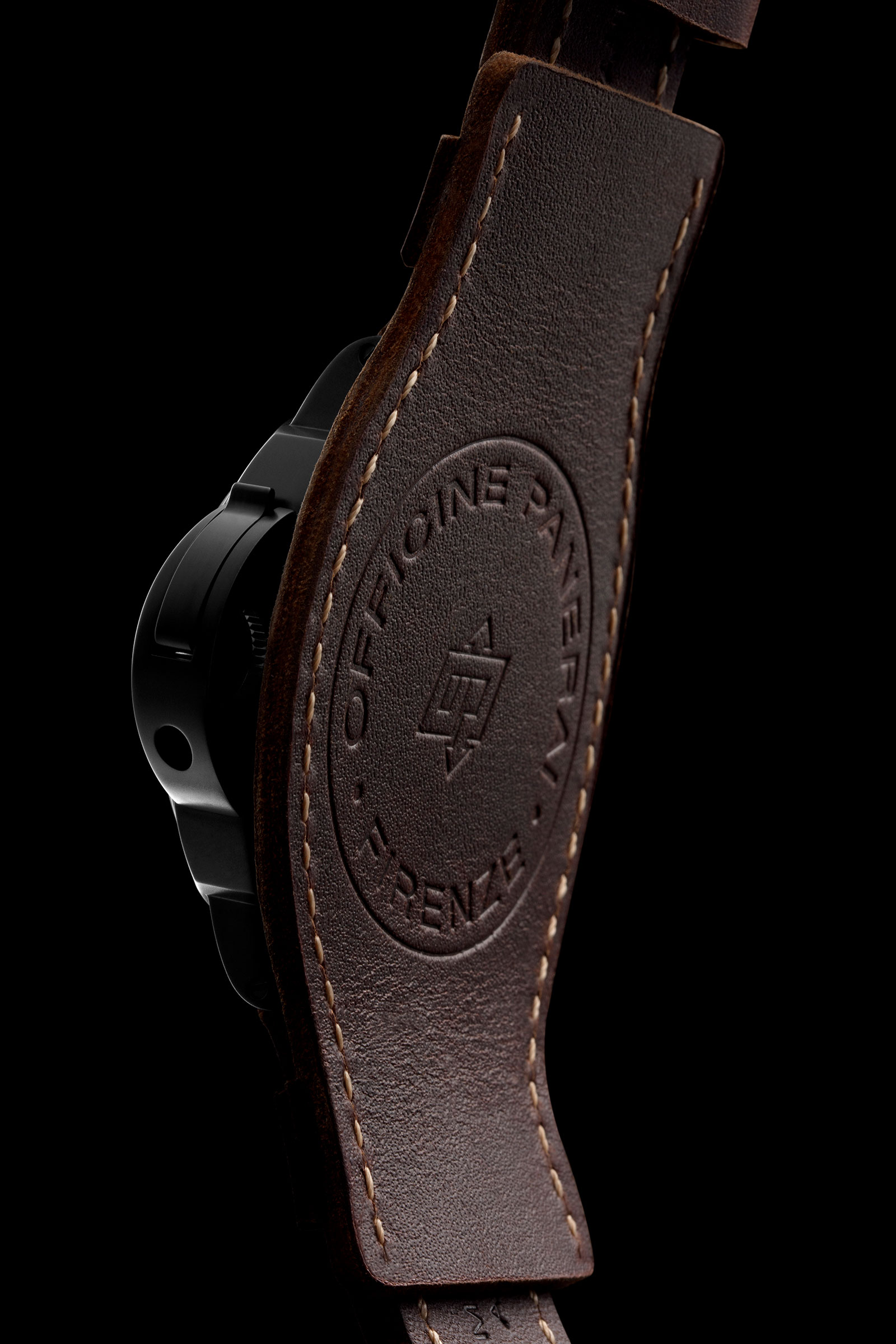