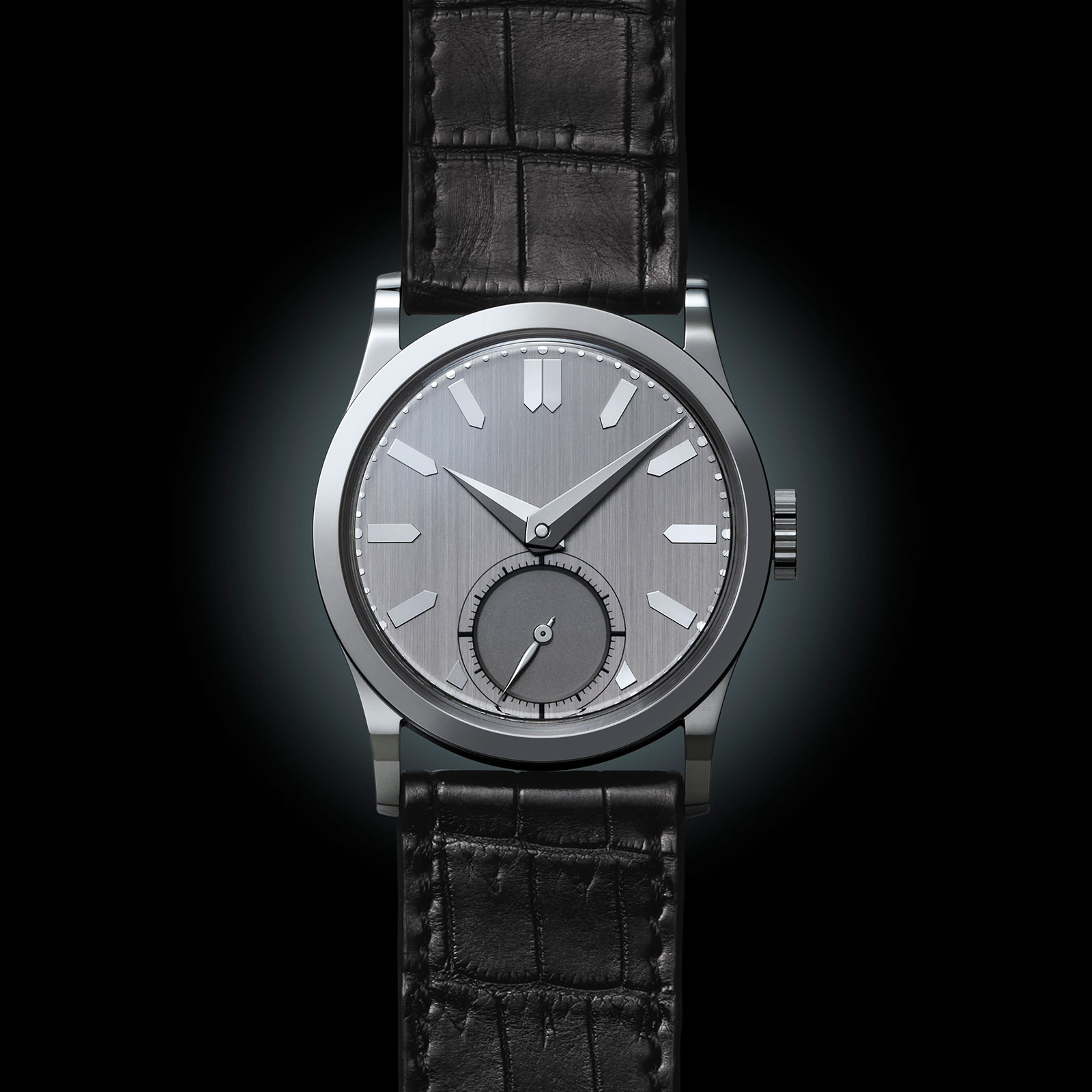 A Japanese national who now lives in France, Yusuke Kikuchi studied watchmaking in Paris before working in the restoration department of a vintage watch dealer in the French capital. Under the brand Chronomètre, the 29-year old watchmaker recently completed his first wristwatch, α, or Alpha.

Heavily inspired by the classic Patek Philippe ref. 96 Calatrava, the Chronomètre α is powered by an Audemars Piguet VZSS movement that was rescued from oblivion. Mr Kikuchi says the movement was “homeless”, having been “robbed” of its gold case, which had been melted for scrap at some point in the past.

Though the dimensions of the case are larger than the original ref. 96 – the α is 36.5mm compared to the 31mm of the Calatrava – Mr Kikuchi kept its harmonious proportions. So while the α has a larger case, it also has more widely spaced lugs, requiring a strap substantially broader than found on a typical watch of this size. Produced by Valjoux, the VZ series of movements was found in some of the finest watches of the mid 20th century, and was also the base calibre for the Valjoux family of chronographs, including the Valjoux 23. Its classic Vallee de Joux construction was also one of the inspirations behind the movement inside the Philippe Dufour Simplicity. The VZSS used by Mr Kikuchi has been restored but not modified. The rest of the watch, however, is entirely new.

Fitted with a “box-type” sapphire crystal, the steel case was polished by a Japanese sword smith, while the hands were made by Japanese precision machining outfit Yuki Precision. Finished with a fine vertical brushing and featuring applied markers, the dial is Swiss made, from the workshop of Comblemine, the dial maker owned by Kari Voutilainen. While the α has been spoken for, Mr Kikuchi’s second creation is now a work in progress (and significantly less expensive). The Chronomètre β, or Beta, features a similarly sized case, it also uses a Valjoux VZ family movement, in this case the Valjoux cal. 90. Originally built with an indirect centre seconds, the movement was modified to have a subsidiary seconds at nine o’clock. The price of the α was ¥3.5m, or about US$32,700, though it has been sold. Mr Kikuchi acknowledges that is “expensive”, but explains it was “a succession of trial and error… [which] destroyed my wallet.” The price of the α essentially included all the prototyping costs for Mr Kikuchi’s one-man operation.