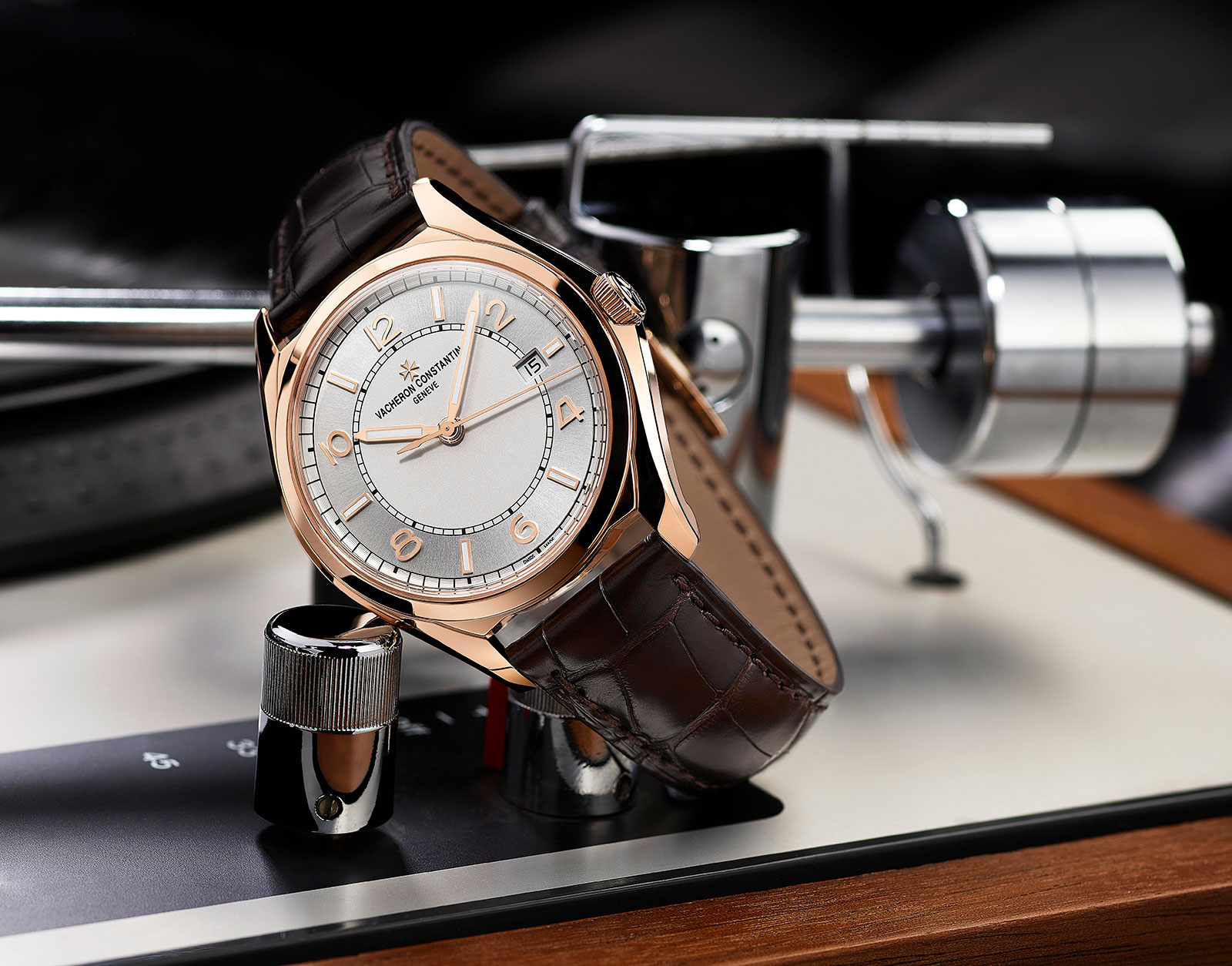 The major debut for Vacheron Constantin at SIHH 2018 is an entire new range of watches – the FIFTYSIX® – that’s the brand’s most affordable to date, by a large margin.

Comprising of three models with prices starting from SFr12,700 – almost half the next most expensive watch – the Fiftysix is modelled on a distinctive but underrated historical model, the ref. 6073 that dates to 1956. Featuring unusual integrated faceted lugs, along with a screw-down caseback and luminous hands, the ref. 6073 was also one of the first self-winding Vacheron Constantin watches, powered by the cal. P1019 supplied by Jaeger-LeCoultre. The new FIFTYSIX® line is naturally powered by automatic movements, including one that’s based on a Cartier movement. Beefed up to 40mm for modern tastes, the FIFTYSIX® case (which is standard across the models) still features the same faceted lugs, while being fitted with a “box-type” crystal that mimics the Plexiglas crystals on the vintage ref. 6073. All FIFTYSIX® models share a two-tone dial inspired by vintage “sector” dials, featuring a chapter ring with alternating Arabic numerals and baton markers, separated from the centre by a white railway minute track. Decorated to a degree far beyond the Cartier and Piaget versions, the movement has an skeletonised 22k gold rotor shaped like a Maltese cross. The movement is finished with striping, graining and pearling, though it is the only mechanical movement in a Vacheron Constantin watch without the Poincon de Geneve, or Geneva Seal. Moving up the ladder, the FIFTYSIX® Day-Date shows the day and date on two counters, while a power-reserve indicator sits at six o’clock. It is powered by the in-house cal. 2475 SC/2, the same movement found in the Traditionnelle Day-Date. Having launched a trio of different triple calendar models in less than five months (including the well received Historiques Triple Calendrier), Vacheron Constantin continues its streak with the FIFTYSIX® Complete Calendar. Of the trio of FIFTYSIX® models, the Complete Calendar has the most varied dial finish, with concentric guilloche on the date track, radial brushing for the hour chapter ring, and a satin finish in the centre.