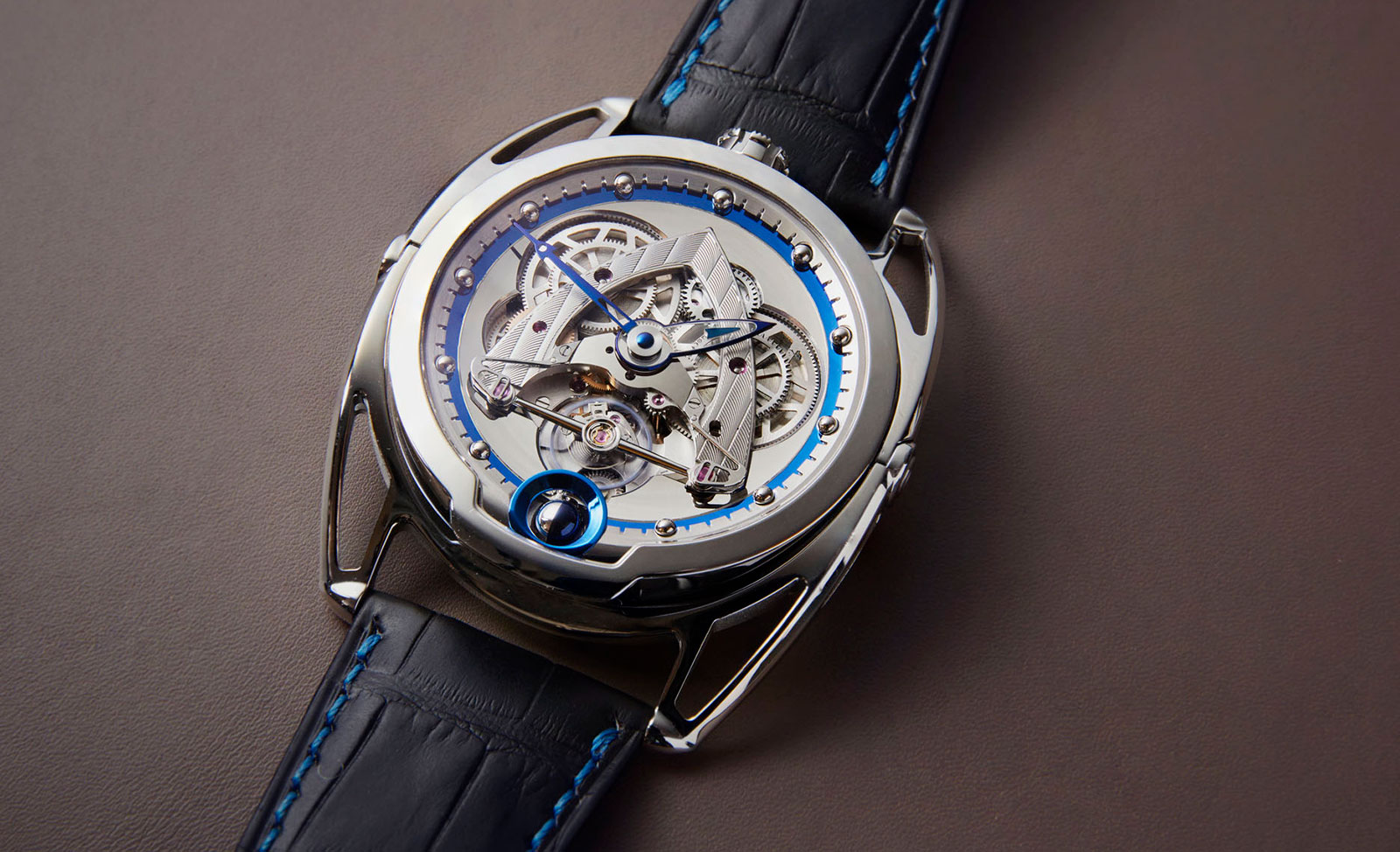 Announced just two weeks ago, the DB28 Steel Wheels is De Bethune’s first major release by the new owners, a consortium led by chief executive Pierre Jacques. While the people at the top have changed, De Bethune’s resident genius Denis Flageollet is still in charge of watchmaking, and the watches remain as impressive as they ever were.

The DB28 Steel Wheels is a variation on a theme, and a successful theme at that. It’s essentially the signature DB28 with an open-worked dial. But it also imports recognisable details from various De Bethune watches to create a novel looking timepiece.

While mechanically identical to the standard DB28 with the same cal. DB2115V4 inside, the Steel Wheels looks far more complex and mechanical, and shiny. It gets its name from the open-worked, delta-shaped bridge on the front that reveals the wheels of the gear train below. An unusual engraved take on Cotes de Geneve has been applied on the skeletonised bridge, novel but not particularly attractive because it feels coarse, instead of the light and luminous feel of traditional Geneva stripes. Everything else about the watch, however, is lovely. The hour markers are polished titanium spheres, which echo the spherical moon phase at six o’clock that’s composed of two halves, each of blued and polished titanium.

The brand’s signature blued titanium has been used liberally beyond the moon phase. A chapter ring in the metal sits beneath the hour spheres, and blued titanium is also used for the minute hand and to frame the sapphire hour hand. The see-through hand is yet another detail taken from several other De Bethune watches, originally conceived to ensure heavily engraved dials would not be obscured. A feature standard to the DB28 but no less appealing is the polished, rounded bridge for the balance wheel, which is one of De Bethune’s exotic in-house creations in titanium with gold weights – the same one used in the DB25 World Traveller. The distinctive triple pare-chute shock absorber springs frame each end of the balance bridge, terminating at a highly polished titanium bridge that also accommodates the canon pinion for the hands. Nearly all is the action in the DB28 is on the front. The back is well finished, mostly covered in well spaced perlage, but plain in comparison to the dial. The key feature is the power reserve indicator – the watch runs for six days on full wind – which is indicated by a blued steel hand, while relying on a series of finely formed and finished levers and gears. Size-wise the Steel Wheels is the same as the stock model: 42.6mm in diameter, with the option of long or short sprung lugs.

Limited to just 25 watches, the DB28 Steel Wheels is priced at SFr83,000 before taxes. It will be available starting April 2018.