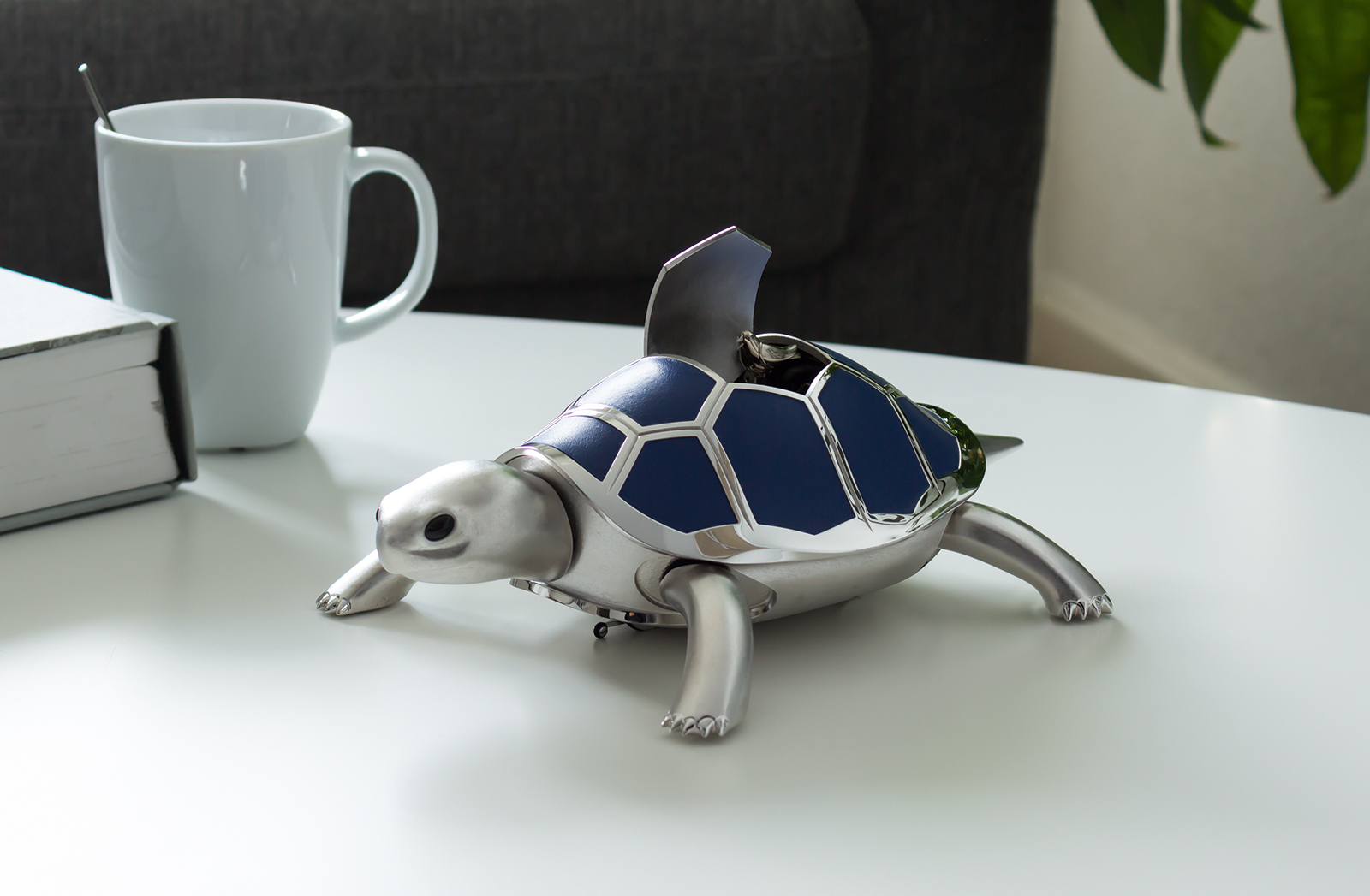 While not as widely collected today as they were in the 1990s (the late Lord Sandberg of HSBC collected them, amongst other things) singing bird boxes are amongst the most precious mechanical objects ever made. Top quality examples regularly sell for six figures at auction, and the all-time record was set in 2011 when a pair of Freres Rochat singing bird pistols – yes, chirping birds that pop out of a bejewelled gun – sold for US$5.8m.

So MB&F, the watchmaker that takes inspiration from 19th century watchmaking for its Legacy Machines, is perhaps an apt creator for the modern day singing bird box. It’s worth pointing out that beyond watches and clocks, the brand has created mechanical audio since 2013 with the Music Machines, music boxes shaped like spacecraft.

MB&F’s take on the singing bird box is Kelys & Chirp, a tiny bird hidden inside the shell of a tortoise. The automaton is the result of a three-way collaboration between music box specialist Reuge and automata specialist Nicolas Court. Kelys, derived from the Greek chelys for tortoise, is made of rhodium-plated brass with 12 leather inlays on its shell and black onyx for its eyes. The tortoise “walks” at a leisurely pace – actually propelled by rollers on its base – with its head bobbing from side to side. A hinged lid on the top of the shell pops open to reveal the singing bird, which rises up flapping its wings while moving its tail and beak to the bird song, a mechanical dance that lasts 10 to 12 seconds. Measuring 24cm long and 16cm wide, with a shell that’s 8cm high, the automaton weighs 1.4kg and consists of 480 components. Made of 18k white gold with sapphire eyes, the singing bird relies on a double bellows system to move. That in turn is powered by a movement which also powers the turtle automaton. The movement offers a power reserve of three cycles of animation (meaning the turtle walking and bird singing simultaneously) when fully wound, with the circular winding key located on the belly of the tortoise.

To move the entire turtle with a single mainspring in the singing bird movement, the team had to find the optimal low ratio gearing. In addition, elliptical gearing and cams had to be used to replicate the intermittent gait of the infamously slow animal. The turtle moves at an average speed of 0.06mph, in sync with the bird’s movements and singing. And additionally, a “friction clutch security system” is integrated into the automaton mechanism to detect discontinuities on surfaces and stops the turtle from rolling over the edge of a table. Also, if the bird is pushed back into the shell down while singing, a security lever system slowly pivots it back down.