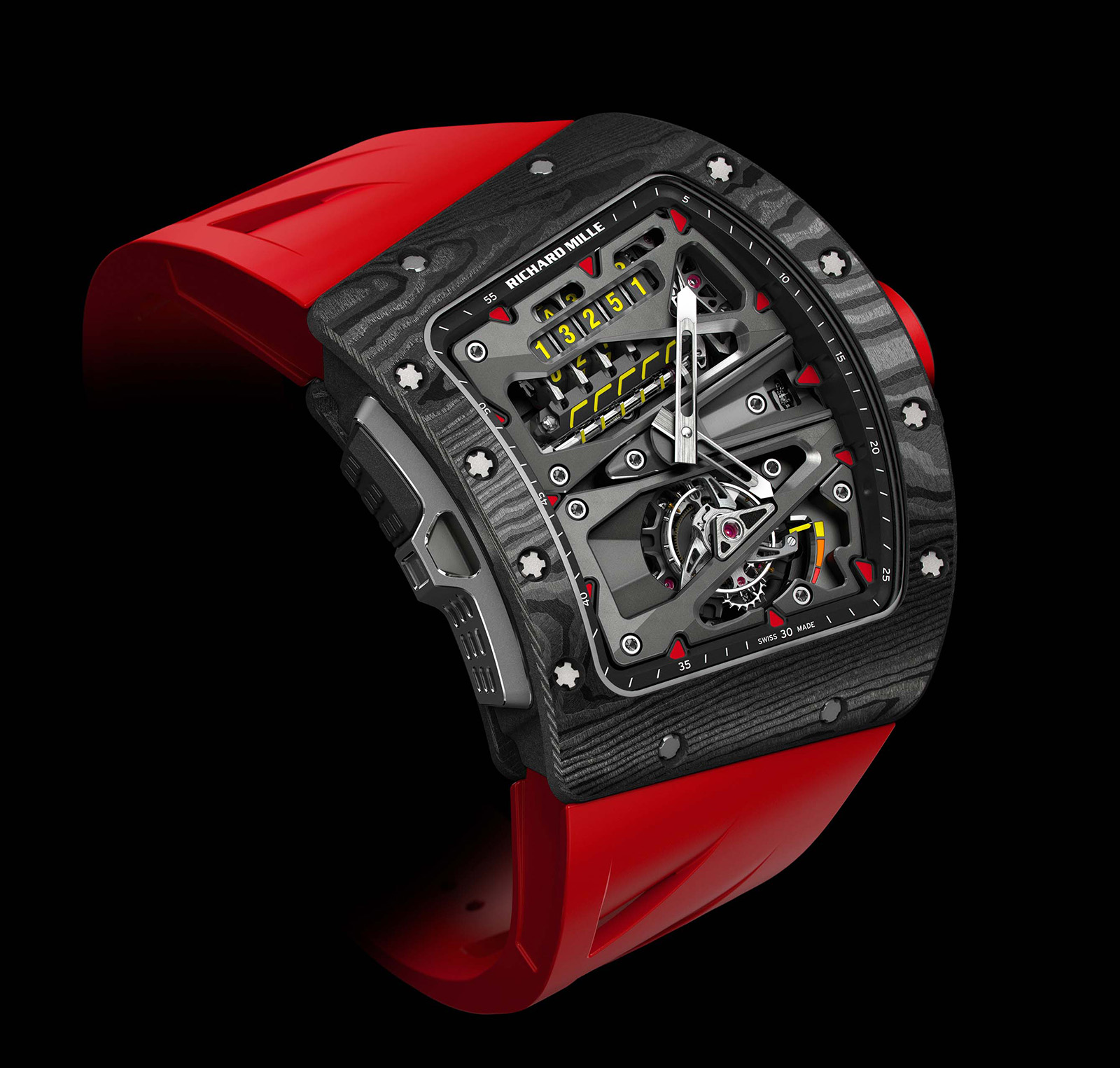 In an unexpected twist, Richard Mille has unveiled a cycling-inspired watch for French Formula 1 legend, Alain Prost. Rather than paying homage to the most-watched aspect of his life, Richard Mille decided instead to focus on the lesser known passion of Prost. The four-time Formula 1 World Champion and co-founder of the Renault F1 e.dams team is, in fact, also a fanatic biker who has actively participated in the field of endurance cycling since his retirement.

Machined out of a composite known as carbon TPT, the RM 70-01 Tourbillon Alain Prost is, first of all, a left-hander that features a theatrical case shape, almost like a skewed tonneau that curves outwards when worn on the right wrist. But its asymmetry, shock value aside, not only ensures that the watch doesn’t prod against the forearm after long hours of wear while on the saddle, but also offers greater legibility while gripping the handlebar.

Secondly, the new cal. RM 70-01 incorporates a mechanical odometer, a totaliser that displays the overall distance travelled by a rider up to to 99,999 kilometres. The odometer, however, requires manual input, with the millionaire cyclist-owner having to clock in the distance travelled to the prior total. It goes without saying that the watch is superbly light, with its base plate and bridges all made from grade 5 titanium. The bicycle theme permeates the entire design of the watch; titanium Allen screws were used to secure the bridges while the ratchet wheel, tourbillion cage and the dynamometric crown evoke a bicycle’s pedal. The case measures 54.88mm long and 49.48mm wide at its widest, with the woodgrain appearance the result of the production process for carbon TPT. Sheers of carbon fibre are stacked at an angle to one another, creating layers that are then set in a polymer. The case is then machined out of the resulting block of carbon composite, cutting against the grain to create the striated look.

The watch is priced at US$815,500 and comes in a limited edition of 30 pieces. Each buyer will receive a limited edition C60 road bike, developed by Alain Prost and Richard Mille in partnership with the Italian bikemaker Colnago.

The RM 27-03 Tourbillon Rafael Nadal is yellow, red, and shock-resistant.