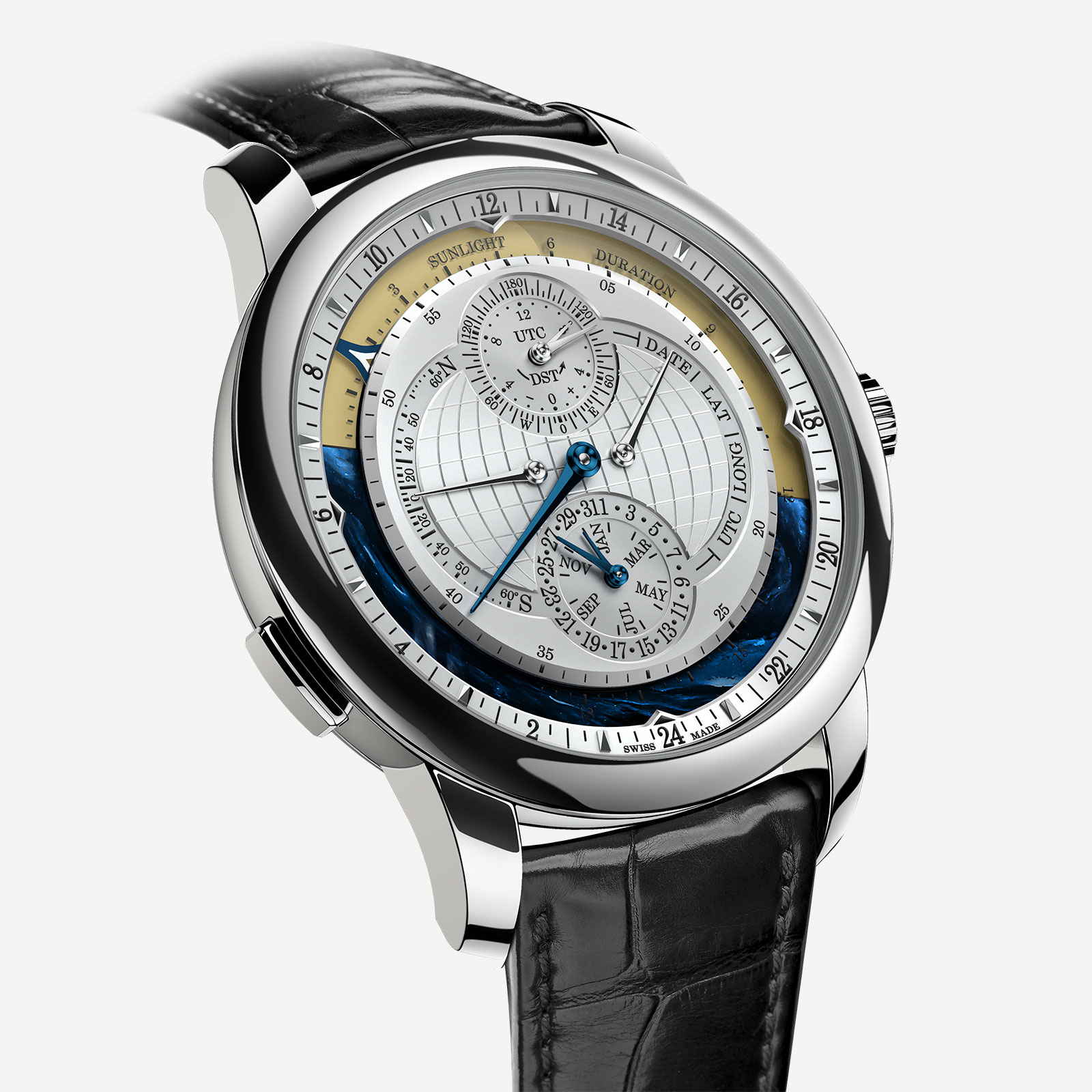 Despite the debilitating slowdown that has taken hold the business of luxury watchmaking, some watchmakers still dream of building incredibility complication and fabulously expensive timepieces. There aren’t many of them today, but Rémi Maillat, founder of Krayon, is certainly one.

Formerly a movement constructor at movement maker Vaucher and then Cartier where he worked on the jeweller’s complicated calibres, Maillat founded Krayon in 2014 to build complications for other brands. The Everywhere is the first wristwatch built under its own name and it is ambitious. It’s powered by a newly developed movement that shows the date, month and more importantly, the sunrise and sunset times anywhere in the world.

The 595 components that make up the movement make it as complicated as the cal. R TO 27 PS QI inside the Patek Philippe ref. 5207, which boasts a tourbillon, minute repeater and instantaneous perpetual calendar.

The complexity of the movement lies in its adjustability for any location around the world, making it essentially a complicated mechanical calculator. Because sunrise and sunset times vary across the world, the watch has to be calibrated for the wearer’s position, much like how star chart or equation of time watches are constructed for particular locales.

The Everywhere is set in two steps: first the pusher at eight o’clock is used to select the function and then the crown to set it either backwards or forwards. Date, latitude, longitude and time zone have to be set in order to show the correct sunrise and sunset times.

The complex dial requires some explanation: minutes are indicated by a blue central hand while a blue-tipped arrow points to the hours on a 24-hour scale situated on the edge of the dial. The sub-dial at 12 o’clock indicates longitude and the time zone, which can be set in 30 minute increments, covering practically every time zone around the world. A fan-shaped sub-dial on the left indicates latitude, while the indicator just opposite is the function selector for setting the displays. And the sub-dial at six shows the date and month. The movement inside is self-winding with a micro-rotor and 72-hour power reserve, while the case is 42mm wide and 11.7mm high. The Everywhere is a one-off project rather than the first of many, as Krayon will remain a movement constructor working for other brands rather than end consumers. However, Maillat adds that custom-made movements for collectors remain possible.

While there is no doubt that the Everywhere is mechanically marvellous and as complicated as advertised, the market conditions mean that the odds are stacked against it. The optimistic it embodies brings to mind the million-dollar, exotic wristwatch unveiled by Dominique Renaud (best known for co-founding Renaud & Papi) last year, which has not been heard from since.

Available in white or pink gold and limited to five pieces a year, the Everywhere is priced at SFr600,000, equivalent to about US$615,000. It is available direct from Krayon.