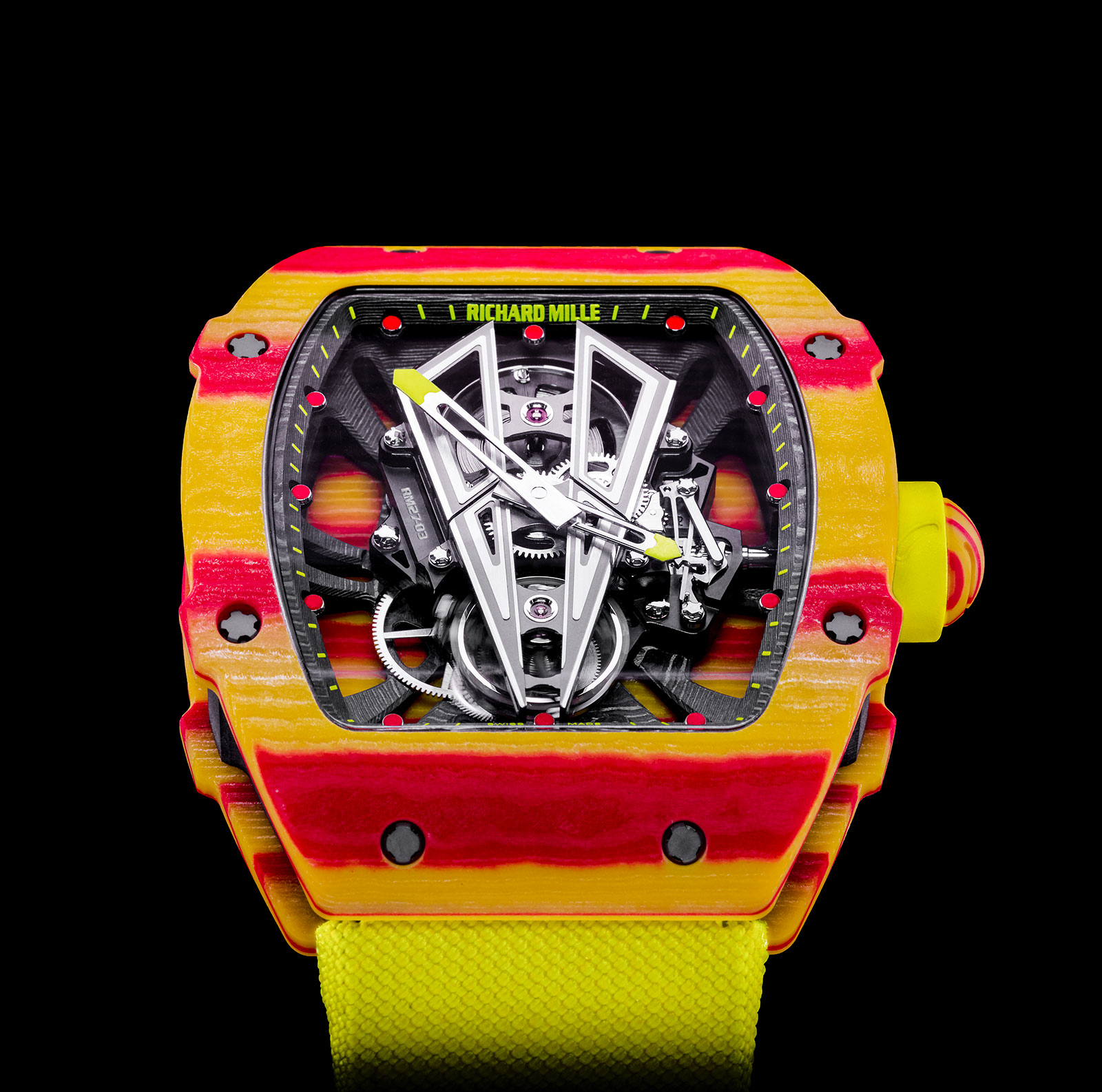 Without fail Rafael Nadal will have on his right wrist a Richard Mille wristwatch – the Spaniard plays left-handed – while he is on court, even during major tournaments. Richard Mille has just unveiled the latest timepiece created for the tennis champ, the RM 27-03 Tourbillon Rafael Nadal.

Like last year’s time-only RM 35-02 Nadal, the new tourbillon has a red and yellow colour palette, a nod to Nadal’s home country, while the spherical yellow crown is modelled on a tennis ball. Made of Quartz TPT, a carbon composite, the case gets its colour from the resins used to bind the carbon fibres inside the material. The case measures 40.3mm wide and 47.77mm long, while standing 12.75mm high, making it slightly wider than the preceding RM 27-02 Nadal tourbillon.

The movement base plate is made from a similar composite material, being an novel “unibody” structure where the base plate and case band are one piece, a construction first used in the RM 27-02. The angular titanium bridge on the front is a stylised bull’s head, Nadal’s personal emblem and also an animal symbolic of Spain. Like all of Richard Mille’s tourbillon calibres, the movement is produced by Renaud & Papi, the movement specialist owned by Audemars Piguet. It is hand-wound with a 70-hour power reserve.