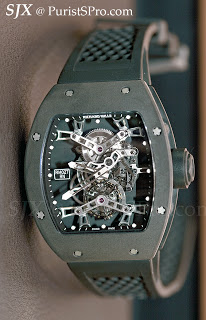 Barely a day after it was stolen, Rafael Nadal’s $500,000, ultra-light Richard Mille RM027 tourbillon has been recovered, according to the Daily Telegraph.

Nadal was in Paris for the French Open, which he won, and he lost the watch, on loan from Richard Mille, after the championship match.

It turns out the culprit was a hotel barman who was arrested after police tracked his keycard access into Nadal’s room.  The thief then led police to the stolen RM027 which he had hidden along a railway track.