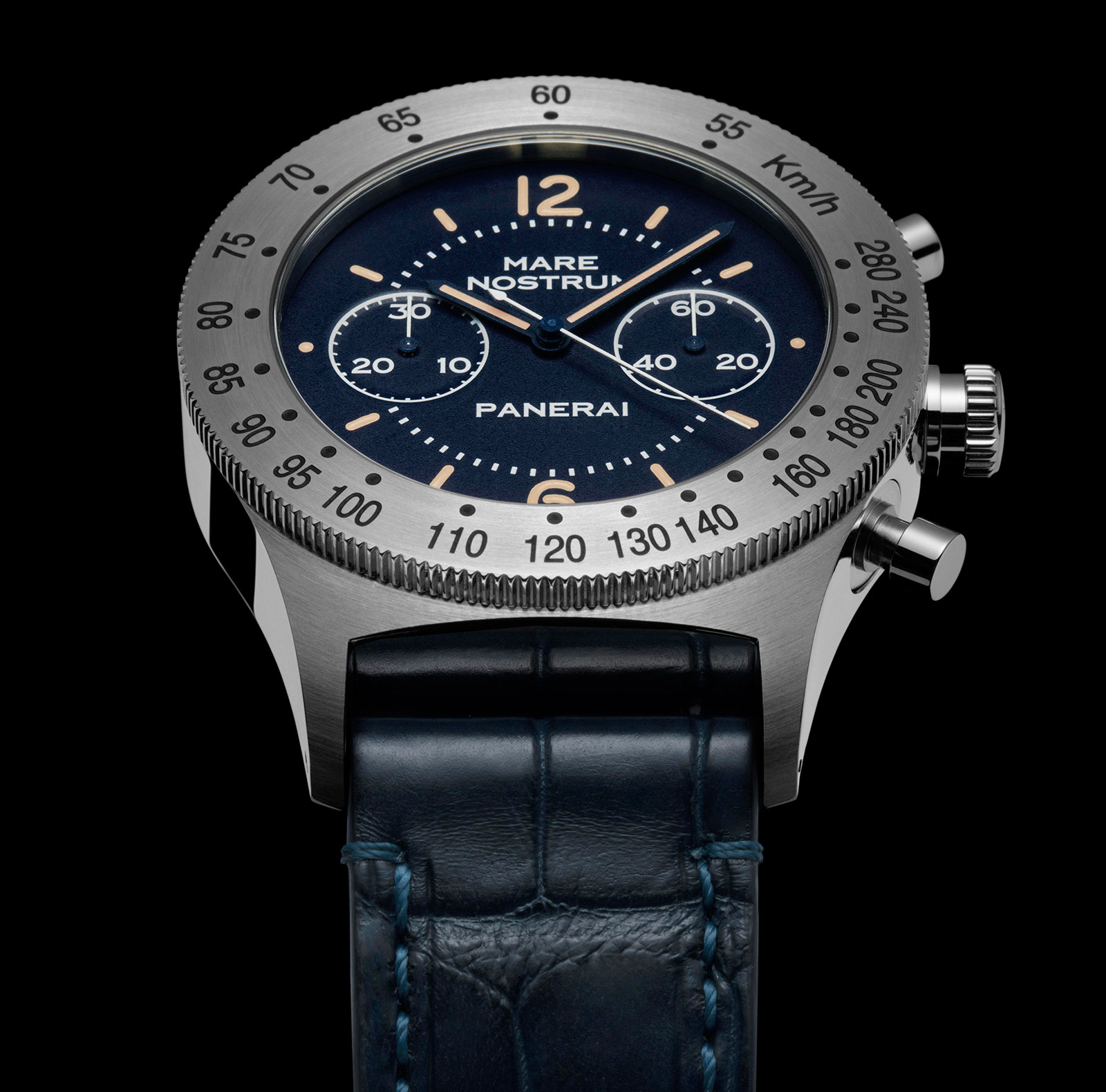 Not officially launched at SIHH 2017 but widely rumoured to be imminent, the Panerai Mare Nostrum Acciaio PAM00716 revisits a 1990s classic, a reissue thrice removed from the original.

Its origins lie with a prototype (or perhaps several) of an oversized, 52mm wristwatch chronograph produced in 1943, which was intended for officers of the Italian navy. The watch never made it to production, though one example surfaced at Christie’s in 2005 and Panerai introduced two pricey, Minerva-powered remakes in recent years.

Then in 1997, before Swiss luxury conglomerate Richemont acquired Panerai, the watchmaker introduced the modern day Mare Nostrum chronograph, inspired by the giant original but more practical at 42mm. These pre-Vendôme watches – Richemont used to be known as the Vendôme Luxury Group – were the ref. 5218-301/A, and included a batch of “Slytech” special editions made for American actor Sylvester Stallone.

The latest Panerai Mare Nostrum chronograph PAM 716 takes after the ref. 5218-301/A, with the same dial and 42mm steel case. Most of the watch remains identical to the 1993 model, with minor exceptions like additional lettering on the back and crown. While the dial is the same blue as before, the Super-Luminova on the hands and hour markers is a shade of tan that mimics the aged original. On the 1993 watches the luminous paint was tritium, which was white when new but over time has darkened into the tan that’s found on the new PAM 718.

The movement also remains the same, being the hand-wound OP XXXIII, which is actually an ETA 2801 topped by a Dubois-Depraz chronograph module. It has a 42-hour power reserve. And just as with the 1993 original, the Mare Nostrum PAM 716 is packaged in a box that includes a scale model of the Luigi Durand De La Penne, an Italian navy destroyer launched in 1993. The reason being the ref. 5218-301/A made its debut in September 1993 on the newly commissioned vessel.