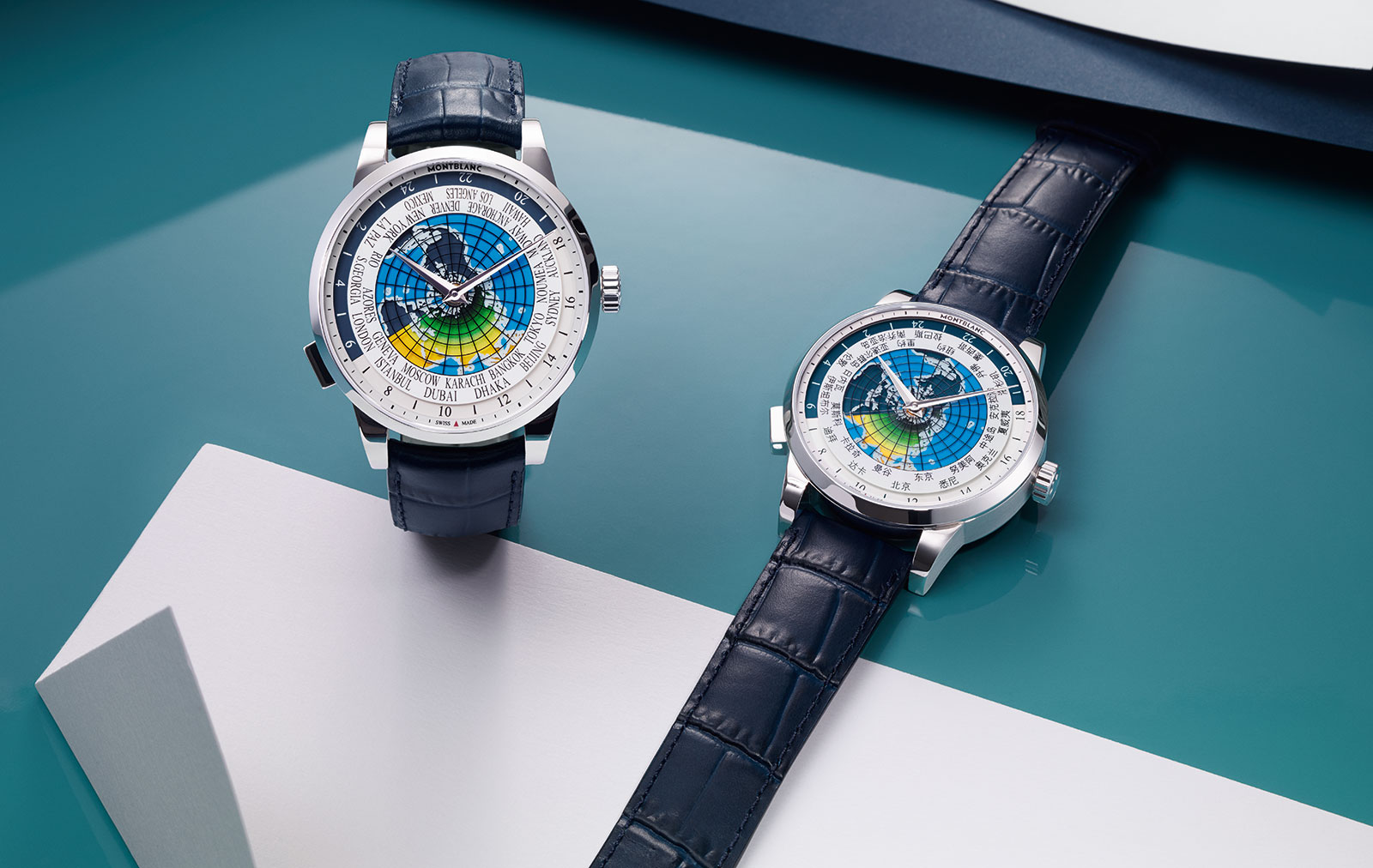 Introduced as part of a collection of watches and pens to raise funds for UNICEF, the Heritage Spirit Orbis Terrarum UNICEF is a variation on Montblanc‘s affordably priced world time wristwatch. Having donated over US$10m since its partnership with the United Nation’s children’s charity began in 2004, Montblanc will contribute another US$1.5m to the organisation at end March 2018, when production of the UNICEF collection comes to an end.

The UNICEF world time is available in three versions, each with a dial designed for key regions. The Heritage Spirit Orbis Terrarum Latin UNICEF has the cities on the world time disc in English, while Asian edition is Chinese and the Arabic edition is, well, Arabic. While the names are somewhat inaccurate in relation to the script, the labelling is convenient, with the languages representing key geographical markets for Montblanc. While the regular production world time has “Paris” to represent the time zone of GMT +1, the UNICEF edition has Geneva in its place, since the Swiss city is where UNICEF headquarters are sited. Each version is limited to 500 pieces, and aside from the lettering on the dial, identical. It’s powered by the MB 29.20, an automatic movement based on the ETA 2892 with a world time module on top.

The button at eight o’clock advances the cities disc in one hour intervals, allowing the watch to show the 24 conventional time zones of the world. A coloured sapphire disc over the continents functions as a day and night indicator, showing which regions of the world are under cover of dark. The steel case is 41mm in diameter and 11.99mm high. The sapphire back has the UNICEF logo printed on its underside.

All three versions of the Heritage Spirit Orbis Terrarum UNICEF are priced at US$5600 or S$8900, less than 10% more than the retail of the ordinary version. The UNICEF edition references are as follows:

Montblanc grows its classical Heritage line with the addition of the Heritage Spirit Orbis Terrarum, a world time with a day and night display that will make its debut at SIHH 2015.