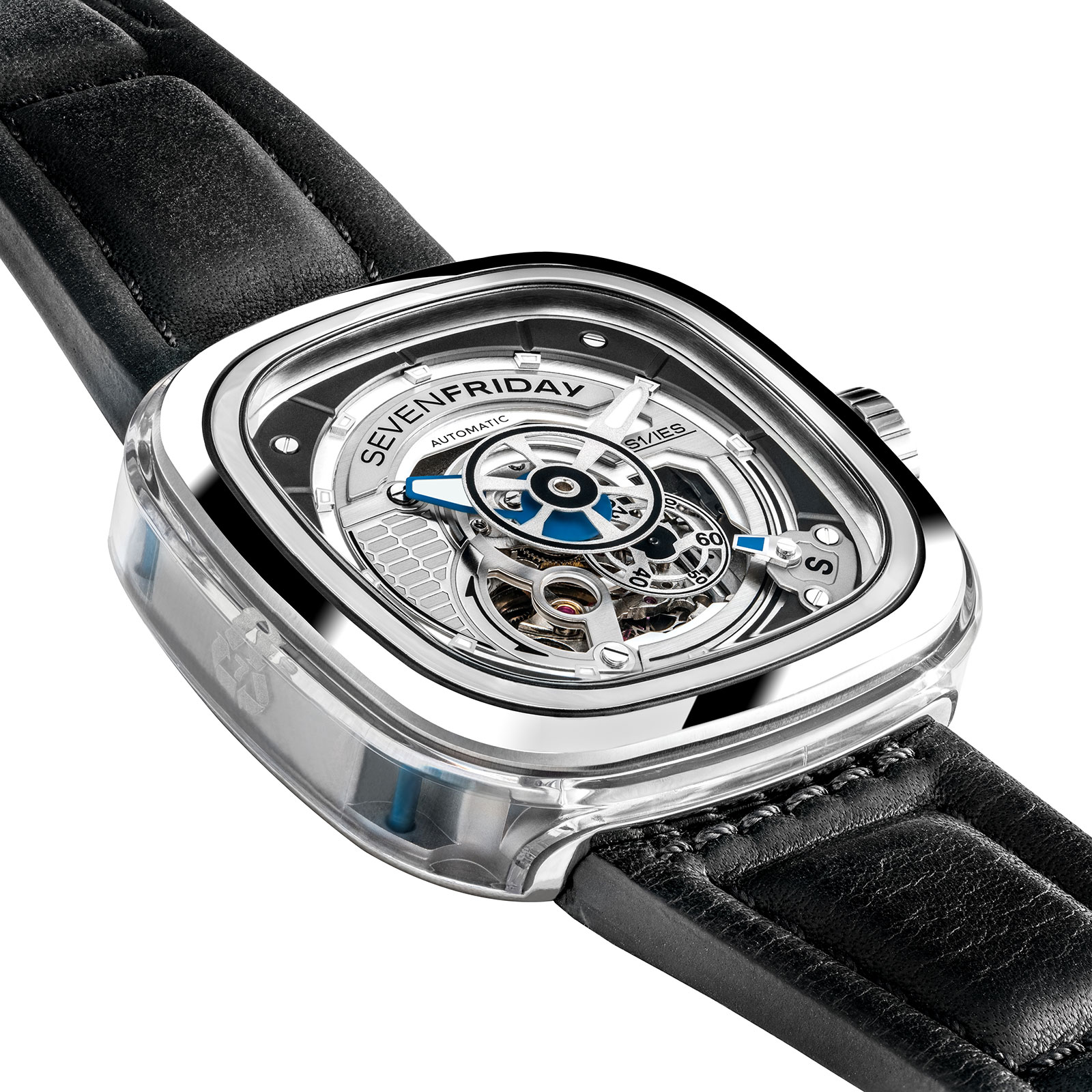 Returning to the original P-series watch case that’s still synonymous with the brand – technically known as a squircle – the SevenFriday S1/01 reveals more of the movement inside with an open-worked dial and seconds wheel.

The keyless works for winding and setting are visible, as is the balance wheel. But beyond the aesthetic tweaks the S1/01 was also conceived with better legibility in mind, becoming the first SevenFriday wristwatch with luminous hour markers and hands. And the hands are also wider than those on earlier models. The “animation ring” that circles the sides of the case, which is usually steel but has even been made of laminated wood, is made of clear, hard nylon. Through the translucent plastic the four vertical screws that hold the steel case together are visible. The universal recycling symbol is moulded into the nylon ring at nine o’clock. As is standard for SevenFriday watches, the S1/01 has a near-field communication (NFC) chip embedded into the case back. It can be read via a smartphone that has the SevenFriday app, allowing the owner of the watch to authenticate the watch and register ownership.

The case measures 47mm in diameter and 47.6mm long, exactly the same dimensions as the P-series. SevenFriday dresses up its signature P-series wristwatch with laminated hardwood in the 450-piece limited edition P2B/03 "Woody". You'll find details and pricing below. 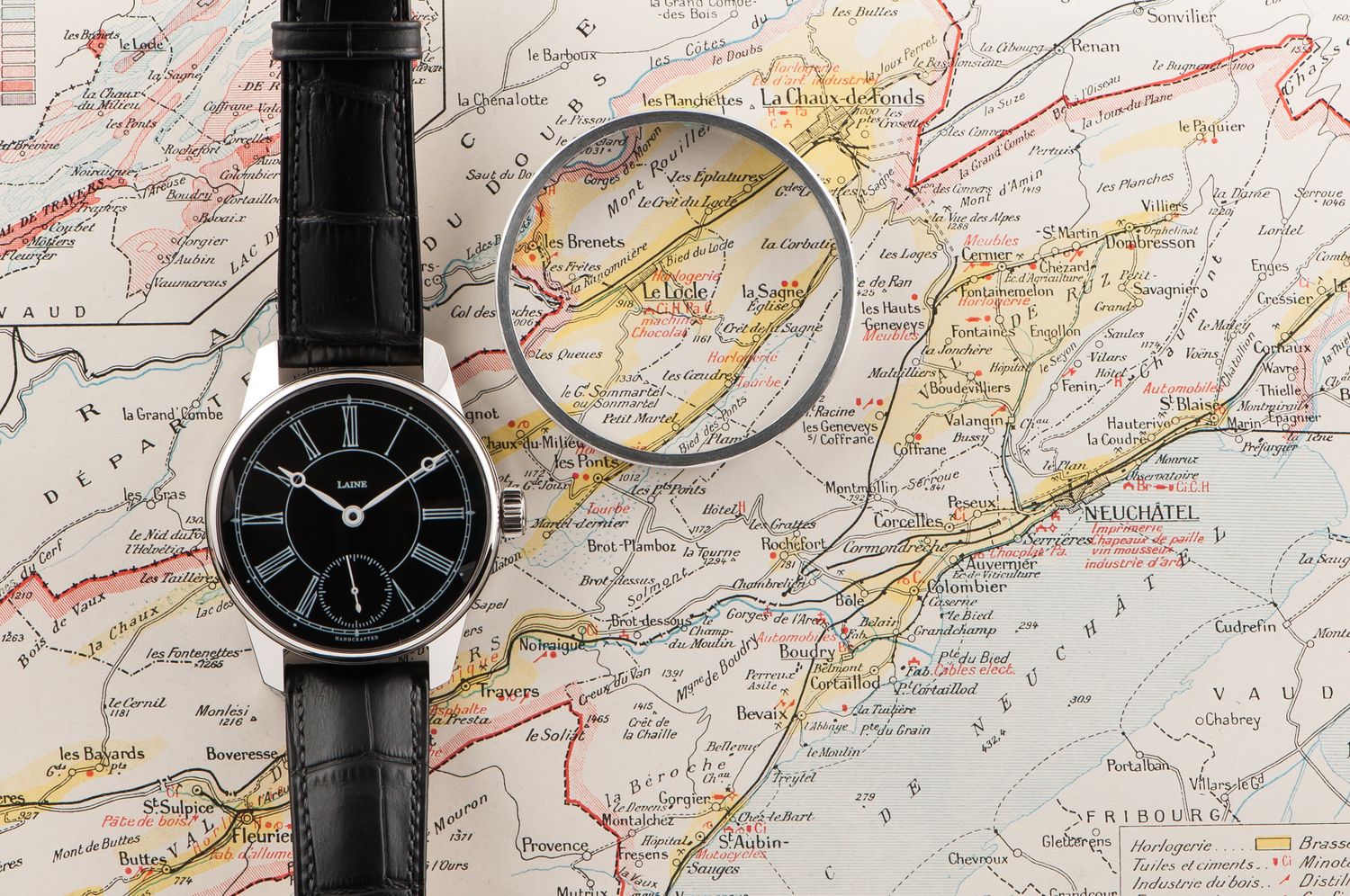 A hand-wound, time-only wristwatch with an elaborately decorated movement based on the Unitas 6498, the Laine 1817 is inspired by early 19th century pocket watches. Ironically many of these pocket watches were English rather than Swiss, but most shared a similar style that’s been reinterpreted for the movement of Laine 1817. Based on the Unitas 6498, the movement contains many of the decoration techniques typically found on pricier watches. The barrel bridge is hand-engraved the fleurisanne style, a flowery, relief technique named after the Swiss town of Fleurier where it originated. Fine finishing is also evident on the polished countersinks for screws and jewels, polished bevels for the three-quarter plate, as well as black polished screw heads. The only obvious giveaway that it’s a Unitas underneath the decoration is the smooth, three-spoke balance wheel and accompanying Etachron stud carrier and regulating pins.

Fitted with sapphire crystals front and back, the steel case is 41mm in diameter and 12.2mm high, in a style typical of generic cases made for the Unitas movement. Each watch is made to order, with several options available. Dials are either black or white lacquer, with several choices for hands, including Breguet and dauphine. And the movements can be finished with plating in either yellow or red gold, or rhodium. The series is limited to 10 watches in each colour of movement finish.