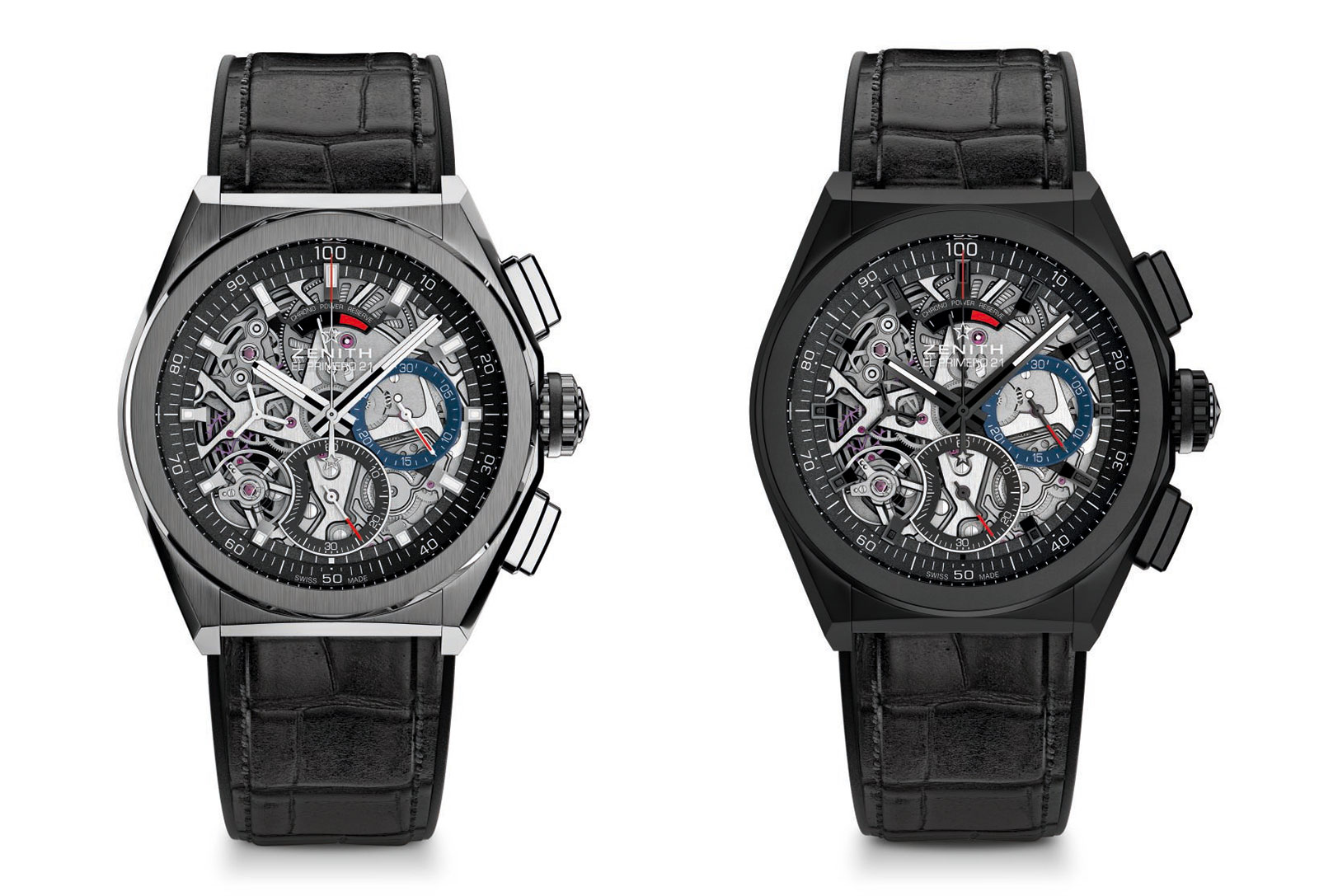 Resurrecting a name Zenith has used for various sports watches in the past, the Defy El Primero 21 is equipped with the El Primero 9004, one of the most significant improvements to Zenith’s signature chronograph movement since 1969, and the brand’s highlight at Baselworld 2017.

Equipped with two balance wheels and mainsprings, what Zenith labels a “double-chain structure”, the new chronograph has a resolution of 1/100th of a second. Constructed in a manner reminiscent of the TAG Heuer Mikrograph that has the same features, the new El Primero was unsurprisingly devised by a team that included engineers from TAG Heuer.

The timekeeping half of the “double-chain” is conventional El Primero, running at 36,00 beats per hour (bph), and self-winding with a power reserve of 50 hours. The other half of the movement runs the fraction of a second chronograph. This has a second balance wheel that runs at 360,000bph or 50Hz, which explains its smaller size and very short hairspring. Dial side of the new calibre

Because the 1/100th of a second chronograph has its own mainspring, it has a 50-minunte power reserve that’s independent from the main timekeeping portion of the movement. Manually wound via the crown (25 turns for a full wind), the chronograph power reserve is shown on the dial at 12 o’clock. The balance for the regular timekeeping portion of the movement is visible at eight o’clock, with its mainspring at one o’clock

The 1/100th of a second measurement is shown on the central chronograph hand, while the counter at six o’clock measures 60 seconds, and that at three o’clock, 30 minutes. The constant seconds is at nine o’clock.

Notably, both hairsprings are made of “carbon-matrix carbon nanotube composite”, a carbon-based composite strengthened with carbon nanotubes. The material is light, resistant to magnetism, and patented by LVMH, Zenith’s parent company. The Defy El Primero 21 will arrive in stores at end-2017, priced as follows in Swiss francs and Singapore dollars.