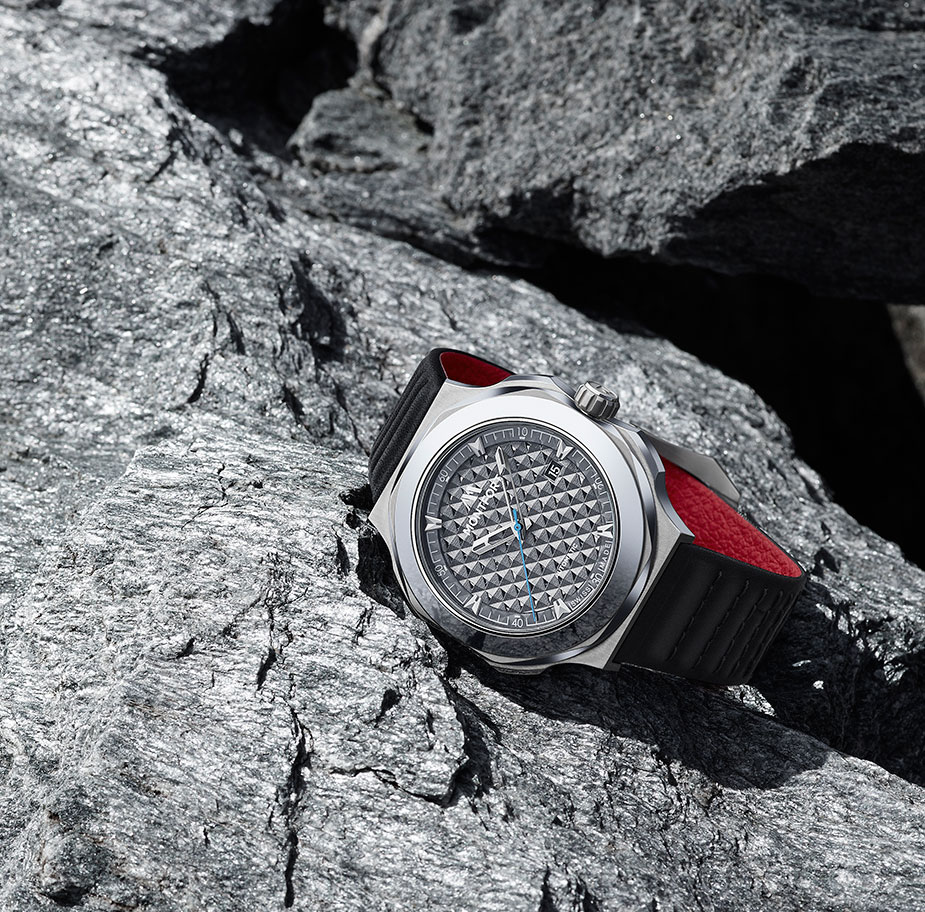 New crowdfunded watch projects are so frequent as to be unavoidable, and standing out from the pack is difficult. Startup Montfort Watches manages to differentiate itself with the Strata, an automatic equipped with a 3D printed dial and scratch resistant case. Rated to 100m and fitted with sapphire crystals, the 44mm stainless steel case of the Strata has been treated with ferritic nitrocarburizing, a process that injects nitrogen and carbon molecules into the steel at high temperature, hardening the surface of the alloy. This gives the case a surface hardness of 1200HV on the Vickers hardness test, compared to between 140HV and 200HV for ordinary steel alloys.

More unusual is the 3D printed dial. Made of stainless steel, the dial is made via additive manufacturing – the layers are built up bit by bit – to create a relief surface named les massifs, the motif is inspired by the Swiss Alps. With a repeating triangle pattern, the dial resembles the crystalline structure of rock, and is a visual variation of the traditional hobnail, or clous de Paris, guilloche. The Strata is available in three guises in varying colours, all powered by the automatic Sellita SW200, a clone of the robust ETA 2824. The bridges, base plate and rotor of the movement are treated with a black galvanic coating to bring out the colour of the blued steel screws and gilded components. The Montfort Strata will retail for US$1399. But it is available starting November 17, 2016, via Kickstarter at a price of US$699. More on Montfort’s website.