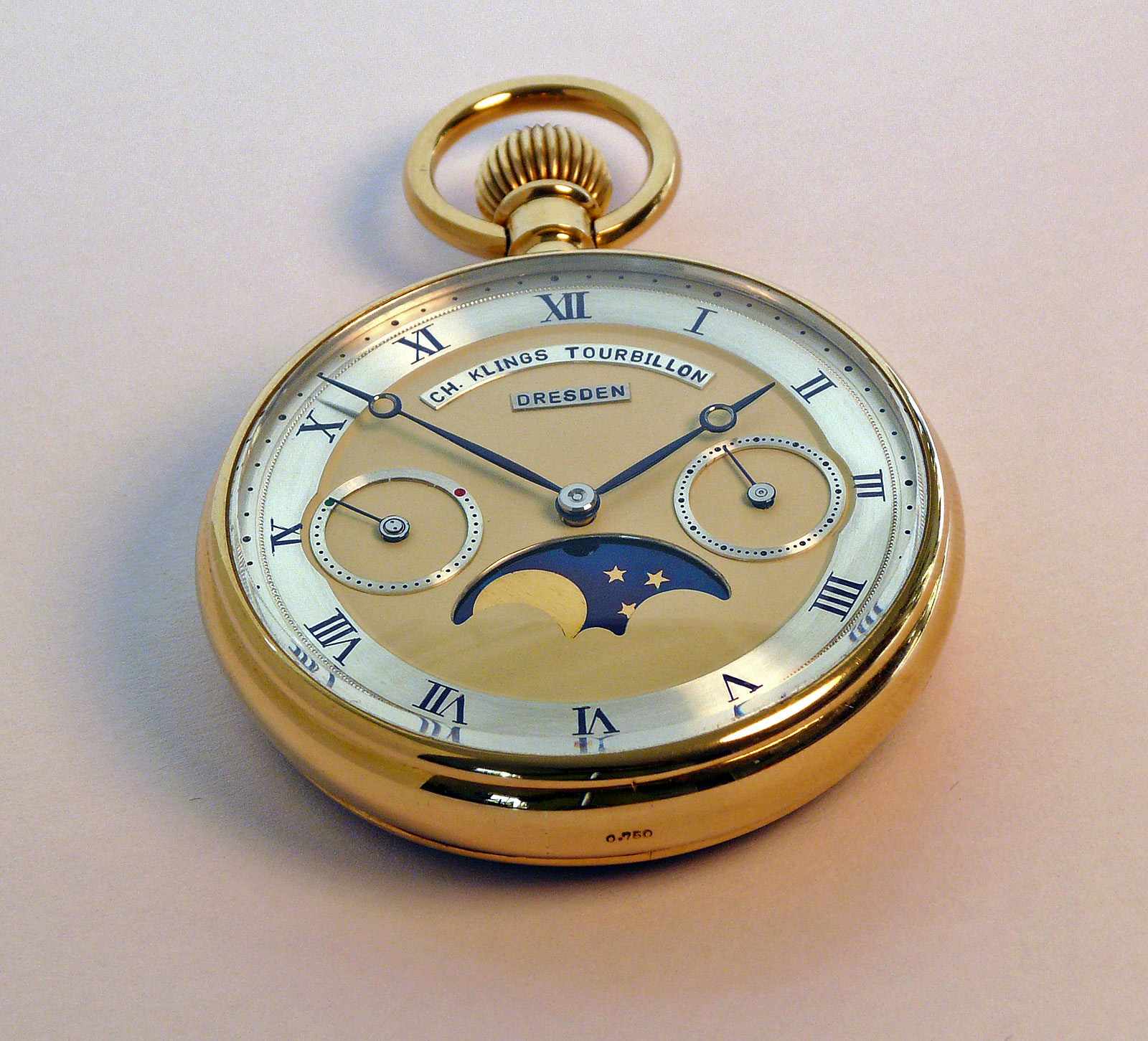 Christian Klings is the quintessential independent watchmaker as imagined by most watch collectors: a artisan working on his own, building highly complex and beautiful timepieces – including some classically beautiful yet technically novel wristwatches – from scratch. Highly regarded by those in the know, yet not widely known, Klings is based in Wechselburg, a small town an hour away from Dresden.

Having produced a mere 20 timepieces across a two-decade career, his latest creation is a pocket watch with tourbillon regulator and a self-starting spring detent escapement, an accomplishment that was historically impossible. A tourbillon chronometer pocket watch with a spring detent escapement; tourbillon built by Albert Pellaton. Circa 1900. ©Trustees of the British Museum

Because the escape wheel works directly against the balance (the lever escapement found in ordinary watches has a pallet fork between the two), the detent escapement is efficient and needs no lubrication. These qualities made it ideal for marine chronometers, which had to keep good time while being at sea for long periods. The carriage of the Christian Klings Tourbillon Nr. 2

Christian Klings conceived a self-starting detent escapement by means of an extra pair of springs connected to the gear train that lock the balance once the mainspring is empty. Once wound up, the movement of the gear train unlocks the spring, releasing the balance wheel. His invention has not been patented, consequently the technical diagrams for the movement will only be handed over to the owner of the Tourbillon Nr. 2.

Klings estimates it took him between 1500 to 2000 hours of work to produce and assembly the Tourbillon Nr. 2. The timepiece had an even longer gestation period, requiring a tremendous amount of trial and error to perfect the self-starting escapement. Klings began the project in 2001 and only completed it last year. The base movement of the Tourbillon Nr. 2 is a 19th century Swiss pocket watch calibre that was heavily modified, with the key addition being the one-minute tourbillon regulator. Beyond adding a tourbillon and new escapement, Klings also open-worked the German silver bridges in order to allow for finer finishing, especially of the bevelled edges. The cock for the fourth wheel was also reworked into a slim, rounded arm to reveal more of the escapement. In addition Klings also incorporated a moon phase display into the movement, as well as his proprietary zero-reset hack seconds. Pulling the crown stops the seconds hand and returns it to 12 o’clock for precise time-setting. The parts of the tourbillon and moon phase

The 47mm yellow gold case was made in-house by Klings, as was the sterling silver dial with hand-engraved numbers and lettering.

The Tourbillon Nr. 2 is a unique creation and available direct from Christian Klings.