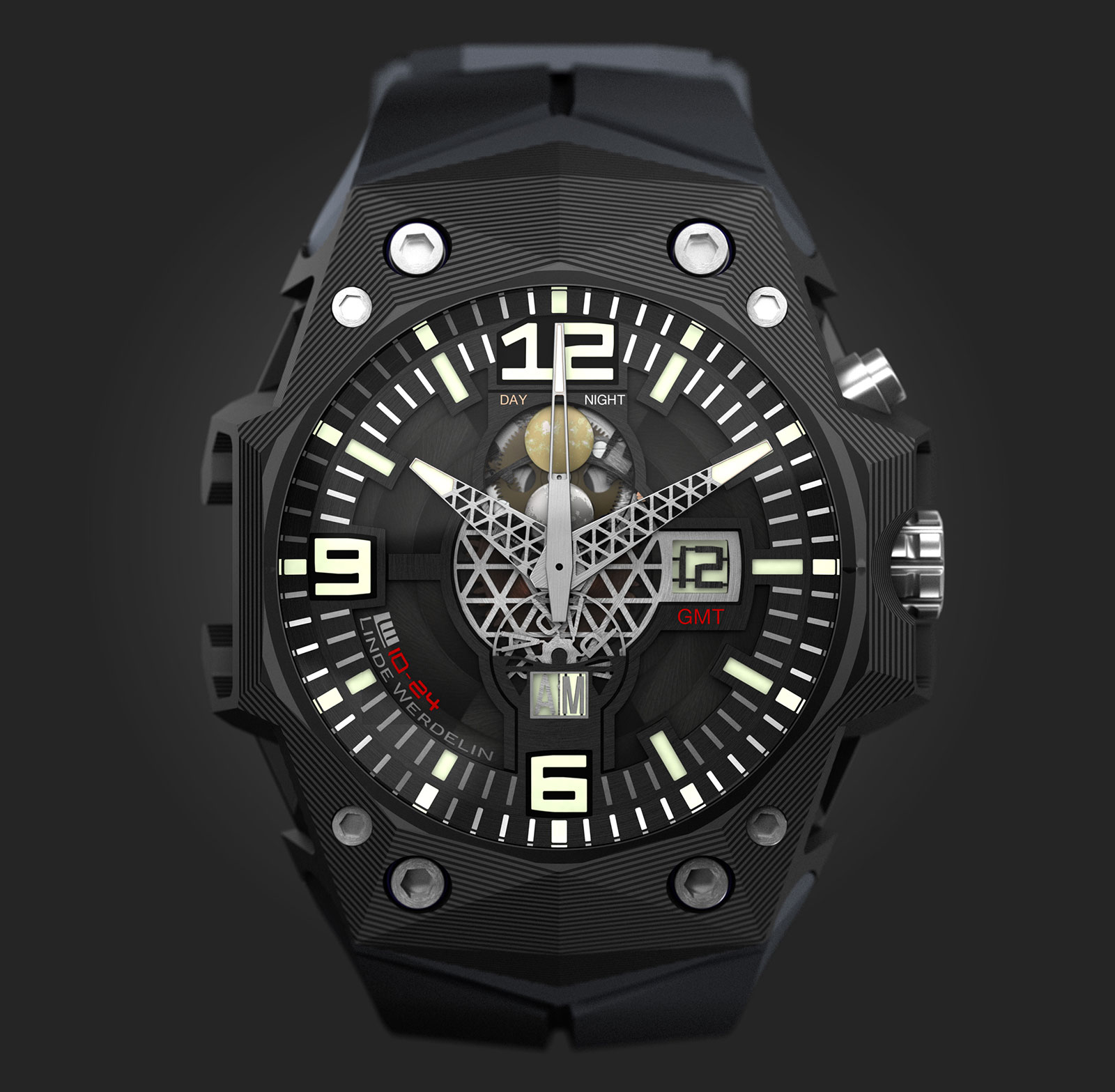 Linde Werdelin used to exemplify the European Union – the company was founded by a pair of avid sportsmen from Denmark, but based in London, while the watches are made in Switzerland. Post-Brexit the company might be a lot less European, but Linde Werdelin is celebrating its 10th anniversary nonetheless, with a pair of limited edition watches that will ostensibly only be sold to existing owners of the brand’s timepieces.

The watchmaker’s first timepieces came to market in 2006, and the anniversary LW 10-24 watches have evolved from those originals (the best known being the Spidolite and Oktopus). The new LW 10-24 has a similar case form, but without a bezel, allowing for a larger dial. The hour markers on the dial are made of blocks of Super-Luminova polymer (similar to what Speake-Marin does for its Spirit sports watches), giving them extra-bright luminescence. Both versions also come with two case backs, one signed by Linde Werdelin’s founders and the other a blank slate for the client to personalise. Each is limited to 96 pieces. Linde Werdelin says the LW 10-24 is sold only by invitation, though the watchmaker has announced its launch publicly. Delivery is expected in the first half of 2017, with prices as follows: