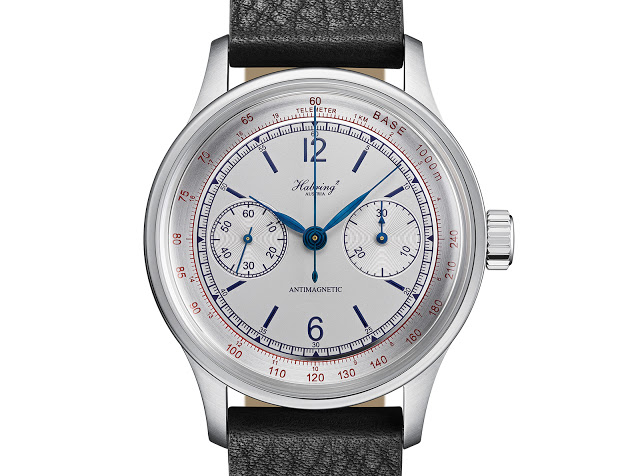 The pioneer in the world of internet watch forums, Timezone.com celebrates 20 years with the Habring2 Chrono COS TZ20, a limited edition chronograph with a vintage-style dial and unique crown-operated chronograph mechanism. As is typical of Habring2’s timepieces, the Chrono COS TZ20 is solidly made, cleverly constructed and affordable.

As watch forums go, Timezone is the original. Started in 1995 by a watch retailer in Singapore and designed by university students, it has grown into one of the world’s largest online watch forums, with millions of visitors each month. Timezone is where your correspondent first encountered watch collecting, and it is also where many of today’s notable personalities in watch collecting emerged. That list includes Alexandre Ghobti, the social media manager at Vacheron Constantin; Michael Friedberg, who has the same job at IWC; as well as William Rohr, the chief executive of Timezone.

To mark its 20th anniversary, Timezone has collaborated with Austrian independent watchmaker Habring2 to design an unusual variant of its signature Chrono COS. Equipped with a patented crown mechanism to operate the chronograph, the Chrono COS TZ20 is fitted with a dial designed after mid-20th century chronographs made by the likes of Longines and Minerva that collectors now desire. In contrast to many modern chronograph designs, the Chrono COS TZ20 is a model of clarity and good proportion. Both sub-dials are spaced a distance from the centre of the dial, and neither overlaps with the scales on the outside.

The dial has a classical blue and red colour scheme – blue for the time display and sub-dials, while the double scales on the edge are in red. Outermost on the dial is a tachymetre, intended to measure the speed of a moving object over a 1 km distance. Right next to the minute track is the telemeter scale, historically used by soldiers to measure the distance of enemy artillery based on the muzzle flash and its boom.

Though the style is vintage, the watch has a clever, modern movement. Better known for the split-seconds chronograph he designed for IWC, Richard Habring’s other notable chronograph is the COS, short for “crown operator system”, referring to the fact that the chronograph start, stop and reset is accomplished by rotating the crown. It’s a mono pusher chronograph with a twist – literally.

The movement is hand-wound, and like many other Habring2 movements uses the gear train of the exceptionally reliable Valjoux 7750. Its case diameter is 42mm, and the Chrono COS TZ20 is fitted with blued steel leaf hands, though each watch is accompanied by an extra pair of baton hands. Another vintage-inspired touch is the “Antimagnetic” lettering at six o’clock.