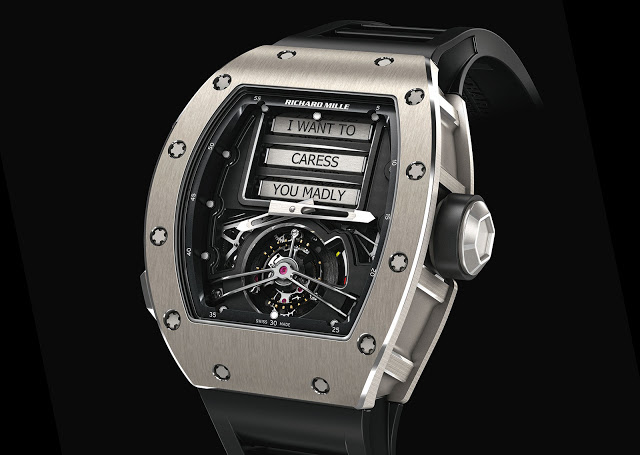 Because the rollers take up all the space in the top of the case, the movement has been constructed with the barrel sitting directly below the tourbillon. The power reserve is located at four o’clock.