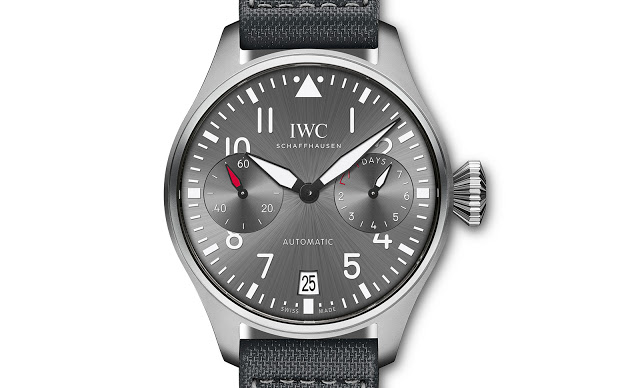 The 46mm steel case is sandblasted, giving it a matte, grained surface. A finish typically found on titanium watches, the sandblasted case is unusual for a Big Pilot, which usually has a brushed case finish. The case back is cast with a stylised motif with three F-5E Tiger IIs swooping across. Underneath is the calibre 51011, a self-winding movement with a seven day power reserve. This might just be one of the last models with a movement derived from the calibre 5000, which was replaced by the calibre 52000 family at SIHH 2015. The Big Pilot’s Watch Edition “Patrouille Suisse” is a limited edition of 250 watches, each numbered on the case starting from “001/250”. In September it’ll be available at IWC boutiques and retailers with Switzerland, and subsequently at boutiques in other countries. The price is S$22,000 including 7% tax, equivalent to US$15,600.