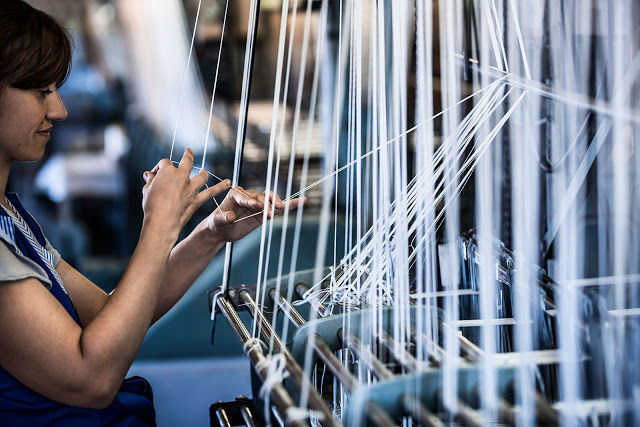 Tudor was a somnolent brand that never quite got a firm identity of its own until it introduced the black and orange Heritage Chrono at Baselworld 2010. Modelled on the vintage Monte Carlo chronograph, the Heritage Chrono was accompanied by a fabric band inspired by the British military-spec canvas strap. That was the beginning of the successful Heritage line modelled on vintage watches that includes the bestselling Black Bay, but more importantly the fabric straps showed the world that Tudor finally understood what makes the watch aficionado tick.

Once the preserve of military watch enthusiasts, the NATO strap has almost become a fashion accessory, even sold by J. Crew. Originating from a 1973 tender by the British Ministry of Defence (MOD), the strap gets its name from its NATO stock number. NATO straps are inexpensive, durable and now made by the millions.

But the Tudor fabric bands are no ordinary NATO straps in both construction and quality. For one they are secured to the case with spring bars, instead of looping through the lugs and under the watch. More importantly, they are manufactured via the tedious, traditional process on a Jacquard loom by a specialist in France. [You’ll find the video of the process at bottom.] All of Tudor’s fabric straps are woven by a passementerie manufacturer in Lyon, the centre of French silk weaving since the 15th century. This firm also makes ribbons for Vatican medals as well as passementerie (decorative trimmings like lace and cord for clothing and furniture) for haute couture houses like Chanel. The straps are woven on a Jacquard loom, an automated loom that relies on a punch card template to weave the motif. While modern Jacquard looms are computer controlled, the looms used by Tudor’s supplier are traditional. The resulting strap has a dense weave with a high thread count, giving it a thickness and weight superior to most fabric watch straps. Natural fibres like cotton and silk, as well as synthetic ones like polyethylene, are combined to achieve the colours and motifs. Particularly notable is the camouflage strap introduced with the Heritage Ranger last year, which has a woven, rather than printed, pattern. Attention is also paid to the hardware on Tudor’s fabric straps, with the buckle echoing the Tudor shield logo. And both the buckle as well as the loops are finished with alternating brushed and polished surfaces. How Did NATO Straps Get Their Name?

The colourful and convenient NATO strap is now commonplace, sometimes even doubling up as a fashion accessory. We unravel the origins of this legendary canvas band.