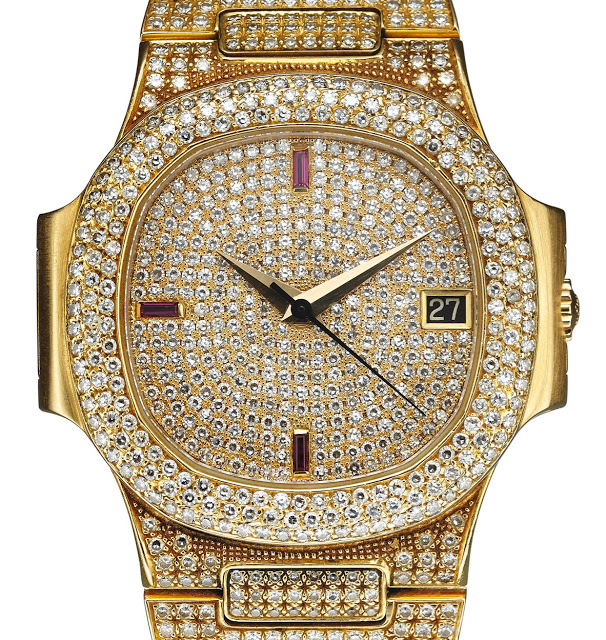 At Antiquorum’s upcoming Hong Kong sale, a diamond encrusted Patek Philippe Nautilus ref. 3800 with an unusual history will go under the hammer. Gifted to a Yakuza boss, this Nautilus is hardly the typical auction house offering. As provenance gives a watch character, then this Patek Philippe has it in spades. As a watch it’s garish but also rare: a yellow gold Nautilus ref. 3800/108, the most heavily bejewelled reference of the mid-sized Nautilus. This one is entirely set with diamonds, plus three ruby baguettes for the hour markers.  Even more unusual than the watch itself is its past ownership; it was originally gifted to Jiro Yanagawa, a Japanese underworld boss whose notorious life was later documented in print and film. Born in Korea, Yanagawa arrived in Japan as a child. Like most other Korean migrants in Japan, Yanagawa started out rough and joined a gang in Osaka. He eventually set up his own outfit, the Yanagawa-gumi, which at its peak had several thousand men.  Eventually relentless police pressure and bloody gangland rivalries caused Yanagawa to disband his organisation, and he embarked on a second career. He became a goodwill ambassador between Korea and Japan, as well as becoming the founding commissioner of the Japanese branch of the International Boxing Federation (IBF). Yanagawa died in 1991 and was subsequently the subject of a book that was turned into a 2002 film.