The signature timepieces of the London 2015 collection are the officer’s case limited editions, comprising five models from a basic time-only Calatrava to the Grand Complication ref. 5213G. All five officer’s case editions are variants of existing models, and share the same case style, featuring a hinged back engraved with the London 2015 logo and screwed lug bars. And the dials that bear Breguet-style numerals and hands along with a railway minute track. The entry-level officer’s case watch is the Calatrava Ref. 5153G-012 in white gold, with a silver dial featuring applied black gold Breguet numerals. Limited to 80 pieces with a price of £26,300 (all prices shown include tax). Also in white gold is the ref. 5159-012 perpetual calendar with retrograde date. Again this has Breguet numerals and hands, but the numerals are printed on the silver dial. Only 80 of this will be made, each priced at £69,120. The top of the line wristwatch is the ref. 5213G-012, a Grand Complication featuring a minute repeater and perpetual calendar with retrograde date. Limited to just 10 pieces, this has a silver dial with printed numerals. It will set you back £482,200. And the last two officer’s case timepieces are a pair of ladies’ watches in rose gold, which paradoxically are the closest in terms of design to classic men’s wristwatches. The first is the ref. 7000R-011, a minute repeater with a compact 33.7mm diameter case (that’s descended from the original, modern era Patek Philippe repeater wristwatch, the ref. 3939). Only three will be made, with a price of £281,300. Also part of the London 2015 collection are a pair of Calatrava wristwatches with enamel dials. The first is the ref. 5089G-041, depicting the Houses of Parliament at Westminster in cloisonné enamel, while the second is the ref. 5089G-040 (pictured below). This has a dial made with the grisaille enamel technique, which is essentially a disc of black enamel that has been painted and engraved to create a starkly monochromatic image. Both enamel Calatravas are limited to just 10 pieces each. And the last three timepieces presented are all one of a kind. The first is the Tudor Rose ref. 9921J pocket watch in yellow gold, with an enamelled Tudor rose on the case. The next is the Dome Clock ref. 20017M-001 “View of London”, decorated with the cities most famous buildings – the Tower Bridge, the Tower of London and Big Ben – in grisaille enamel. And in addition to the publicly announced London 2015 collection, Patek Philippe also revealed a series of limited editions that are essentially reissues of discontinued timepieces like the refs. 3940, 3970, 5050, 5059, 5070 and 5970. These were not widely publicised, but Tim Barber over at SalonQP has photos of them. 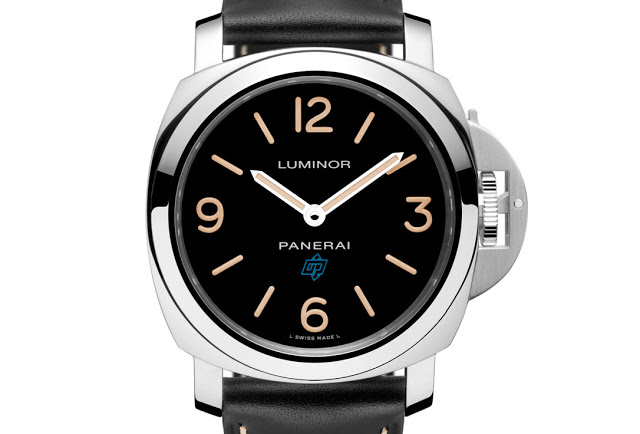 Panerai has announced a 500-piece limited edition Luminor Base Logo for the 15th anniversary of Paneristi, the brand’s enthusiast community website. Paneristi is the Panerai enthusiast website, one that has created a community, in the truest sense of the word, dedicated to Panerai. For the 15th anniversary of the site, which was founded in 2000 by Guy Verbist, Panerai has created a limited edition Luminor Base Logo (PAM00634) with a blue OP at six o’clock. The third Paneristi edition – after the PAM195, PAM360 and PAM532 – the 15th anniversary PAM634 is a Luminor equipped with the hand-wound OP I movement (which is essentially a Unitas 6497) behind a solid case back. Notably the case back is a snap-on case back, a first for a Luminor, instead of the screw-down back typical of Panerai and other dive watches. Another feature traditionalists will bemoan are the spring bars for the strap, yet another first, instead of the traditional screwed bars synonymous with Panerai. This is the first Paneristi edition that does not have a black PVD coated case, instead the 44mm case is polished steel with “Paneristi” engraved on the crown lever.

Another feature unique to this edition is the blue OP logo at six o’clock. Though this is the first for a dial, the blue logo has been used widely in the SIHH 2015 collection on straps. And the Super-Luminova on the dial is ivory, approximating the look of tritium-dial, Pre-Vendome Panerai watches from the 1990s. The PAM634 is limited to 500 pieces with a retail price os US$4200, which is slightly less than the US$4900 retail price of the PAM000 “logo”, the equivalent watch from the regular collection. Intended primarily for active members of Paneristi, the PAM634 order process can be found on the forum. Source: Paneristi  Update June 29, 2015: Edited to include snap-on back and spring bars.