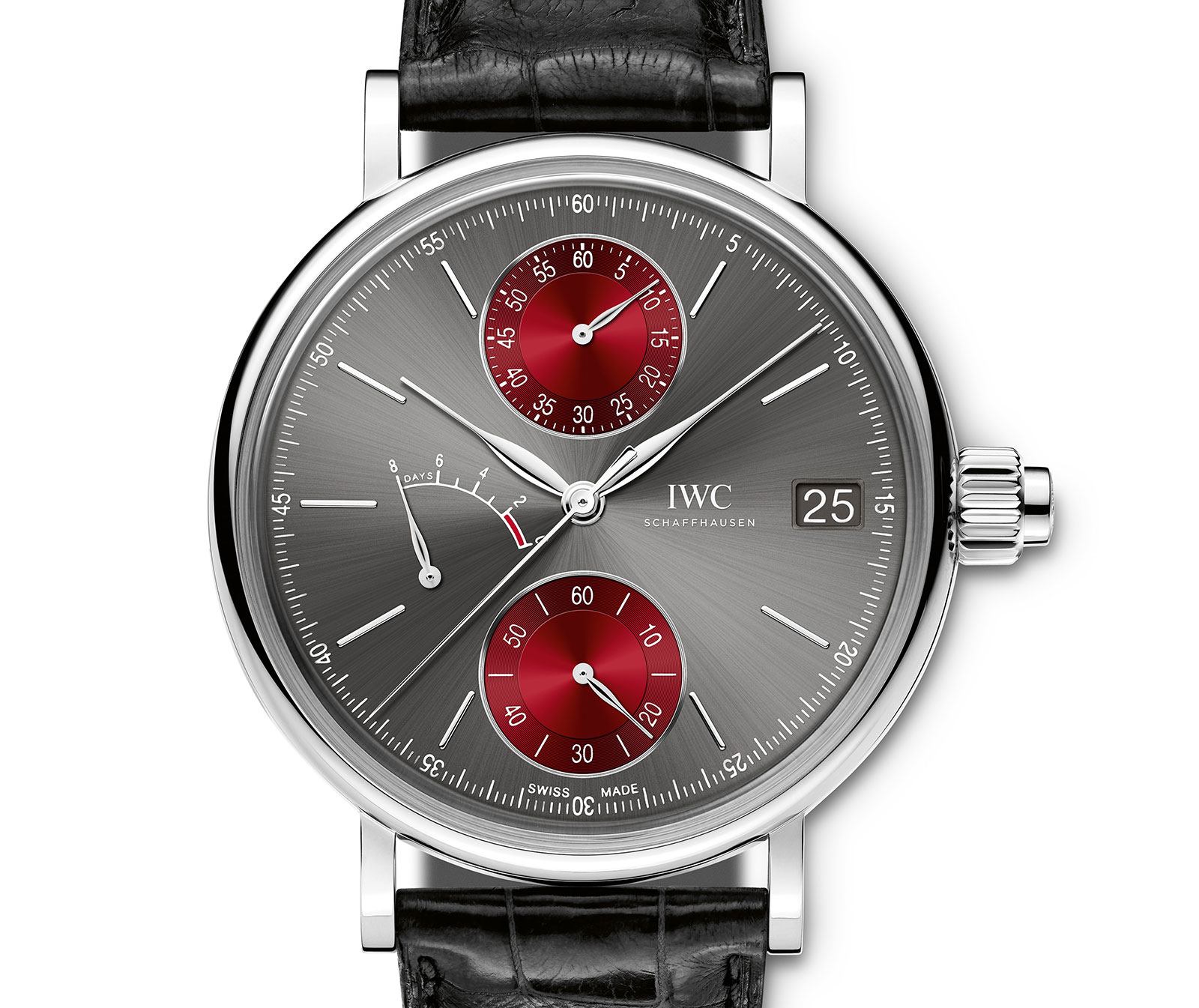 IWC has created a unique Portofino Monopusher Edition “Tribeca Film Festival 2015” for the eponymous event, that will be auctioned with all proceeds going to the Tribeca Film Institute. Now in its third year as partner of the Tribeca Film Festival (TFF), IWC has just unveiled the third edition of the wristwatch for the TFF, the Portofino Monopusher Edition “Tribeca Film Festival 2015”. A piece unique with a grey dial and red chronograph counters, the Portofino TFF is all the more interesting because it’s the first time the Portofino Monopusher chronograph has made it to market. The watch was revealed briefly at SIHH 2013, then quickly withdrawn. The white gold case has a diameter of 45 mm, with the calibre 59360 visible through the display back. This is based on the calibre 59215 movement found in the Portofino and Portuguese 8 Days, as well as the recent Portugieser Hand-Wound Eight Days 75th Anniversary. It’s a hand-wound movement with an eight day power reserve that by design, large and relatively simple. Comprising a big barrel and small balance wheel, the movement was constructed to have ample space for other complications. So a chronograph mechanism has been added to the movement, with minimal extra height – this is only 1 mm thicker than the time-only 8 Days watch – thanks to the large and flat chronograph parts. Being a single-button chronograph, the mechanism is also takes up less space than if it had the traditional two button layout.  But for reasons that were never publicly revealed, but probably technical in nature, IWC pulled this movement as soon as it was launched, but here it is, two years later. According to my sources the regular production version of the Portofino Monopusher will be launched sometime in the second quarter of this year. The dial is a dark grey, with bordeaux sub-dials inspired by the colour of the red carpet. Elapsed minutes are recorded in the counter at 12 o’clock, with the central seconds hand for elapsed seconds. The sub-dial at six is a constant seconds. Christie’s will auction the Portofino Monopusher Edition “Tribeca Film Festival 2015” via an online sale that runs from 1 to 10 April, with all proceeds going to the non-profit Tribeca Film Insitute. The starting bid is US$30,000.